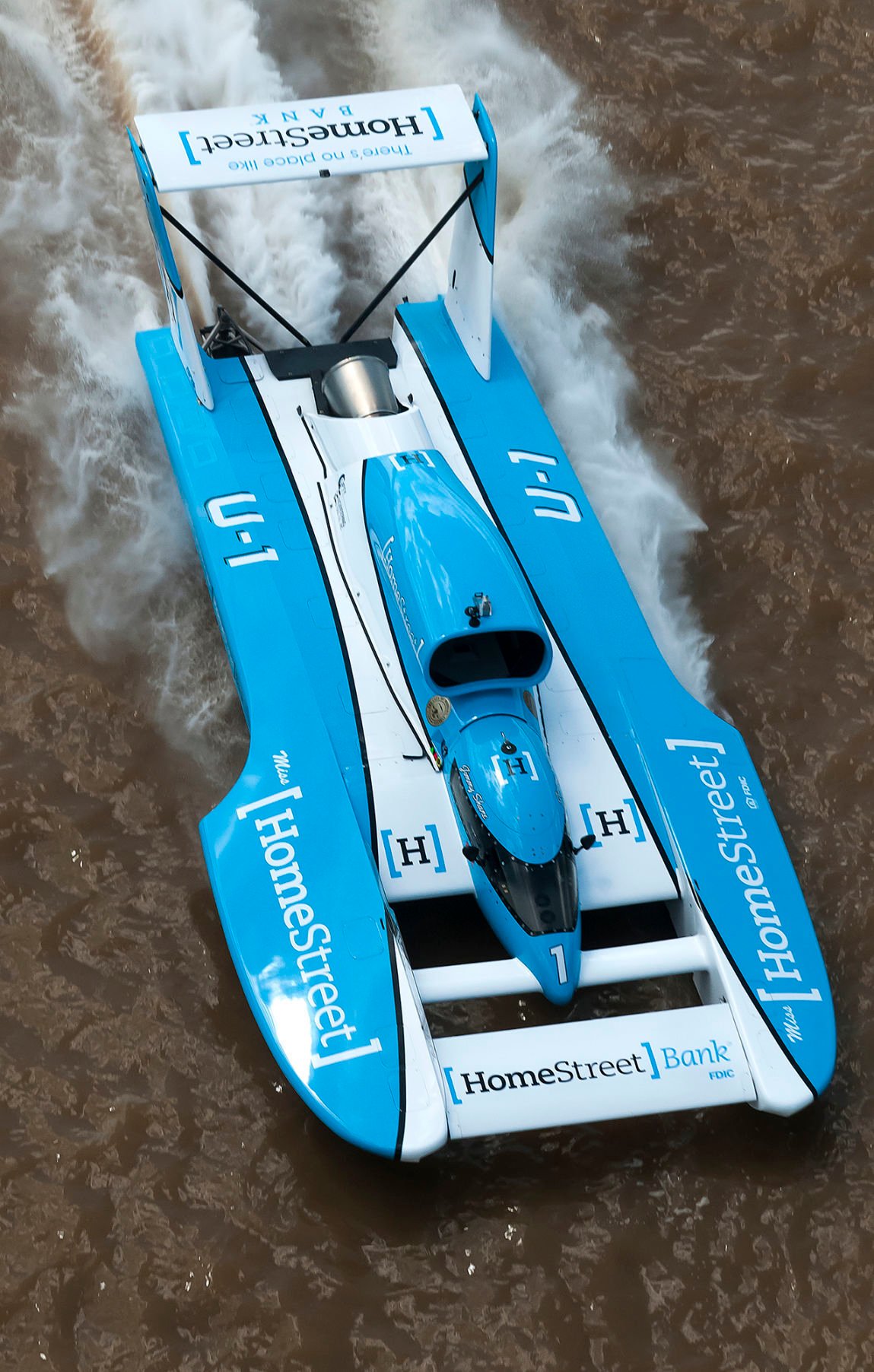 Charlie Grooms knew that his unusual plan for the 2021 H1 Unlimited season was going to draw ire from a large percentage of the fan base. But as far as the Miss Madison Racing Team president was concerned, it is the best plan moving forward for both the team and the sport.

Miss Madison Racing officially announced Thursday that it will be running only one boat on the H1 circuit this season. To further inflame passions, the boat the team will be using will be the older, 2007-vintage model rather than the newer boat built in 2018.

Grooms said the decision to run only the older boat this season was a matter of practicality. With such a short season and little money to go around, it was not cost-effective to run both boats this season.

“For us, it was a reasonably easy decision to make,” said Grooms, who noted that sponsors HomeStreet Bank and Goodman Real Estate, as well as drivers Jimmy Shane and Jeff Bernard, are on board with the idea. “As we view the season right now, there are only two confirmed races and we have no idea what is going to happen. Both Guntersville and Madison deserve to have boats there and we’re going to be there to help them any way we can. But it doesn’t make a lot of sense this year to run both boats.”

As of this week, only Guntersville, Alabama — which kicks off the H1 season in two weeks — and Madison have confirmed with H1 Unlimited that they will stage races this year. Both Tri-Cities, Washington, and San Diego have said that they plan on having races this summer, but neither has finalized that with H1.

That uncertainty has made it difficult for primary sponsor HomeStreet Bank to put forth its full financial package for the season since there is no guarantee what it will get in return.

“Tri-Cities says that it wants to have a race, but right now they can only have 9,000 fans on each side of the river,” Grooms said. “That race is a big deal to HomeStreet and they spend a lot of money there. But if they can’t have hospitality tents to entertain customers and clients, and there will only be a few thousands fans on hand and no TV, it doesn’t make much sense for them to spend that amount of money.”

The Miss Madison Team signed Goodman Real Estate to be the title sponsor of the older boat last season but the COVID-19 pandemic scuttled those plans. Goodman is back on board this season, but the sponsor wants to make a big splash in the sport and it is up to Miss Madison Racing to make that happen.

“(Sponsor) John Goodman told me that he wants to be faster than the HomeStreet. Not as fast, but faster,” Grooms said. “In order to make that happen, we have to see exactly what needs to be done with the ’07 boat. There are a lot of issues that need to be fixed. The weight balance is off, there is a bent spar and there are a lot of repairs that need to be made. That boat has run a lot of laps over the years.”

Grooms said the team plans on using the Guntersville and Madison races to see what changes need to be made to bring the boat up the 2018 hull’s standard relative to the rest of the current field.

“John Goodman wants us to tell him what needs to be done,” Grooms said. “So, we’ll run it, find out and let him know. Then we’ll know what the next step is.”

The 2007 boat will run under both the HomeStreet and Goodman Real Estate colors but will be officially known as the “U-1 Miss HomeStreet.”

Regular HomeStreet driver Jimmy Shane and Goodman driver Jeff Bernard — both accomplished drivers — will split time in the seat, but Grooms said no decision has been made as to how the split will be made.

“We’ll sit down with both Jimmy and Jeff and come up with a plan that will suit both drivers and everybody involved,” Grooms said. Bernard will also drive the GP-79 Bad Influence in the Grand Prix America series at both Guntersville and Detroit. Despite the unusual plan for this season, Grooms said the team’s primary focus is on 2022 when he expects the sport to return to normal operations.

He even believes that there is a very good chance that Detroit will return to the schedule after a three-year hiatus.

“We’re trying to make the best of a bad circumstance. We’re certainly not disregarding this season. The 2007 boat is still incredibly fast and may be the fastest boat on the water,” Grooms said. “But our focus is on 2022 and what can we do to be as successful as possible. We have two great sponsors, two great drivers and two great boats. Our goal is to have the HomeStreet and the Goodman Real Estate battling each other for first at every race and that’s what we are going to do.”