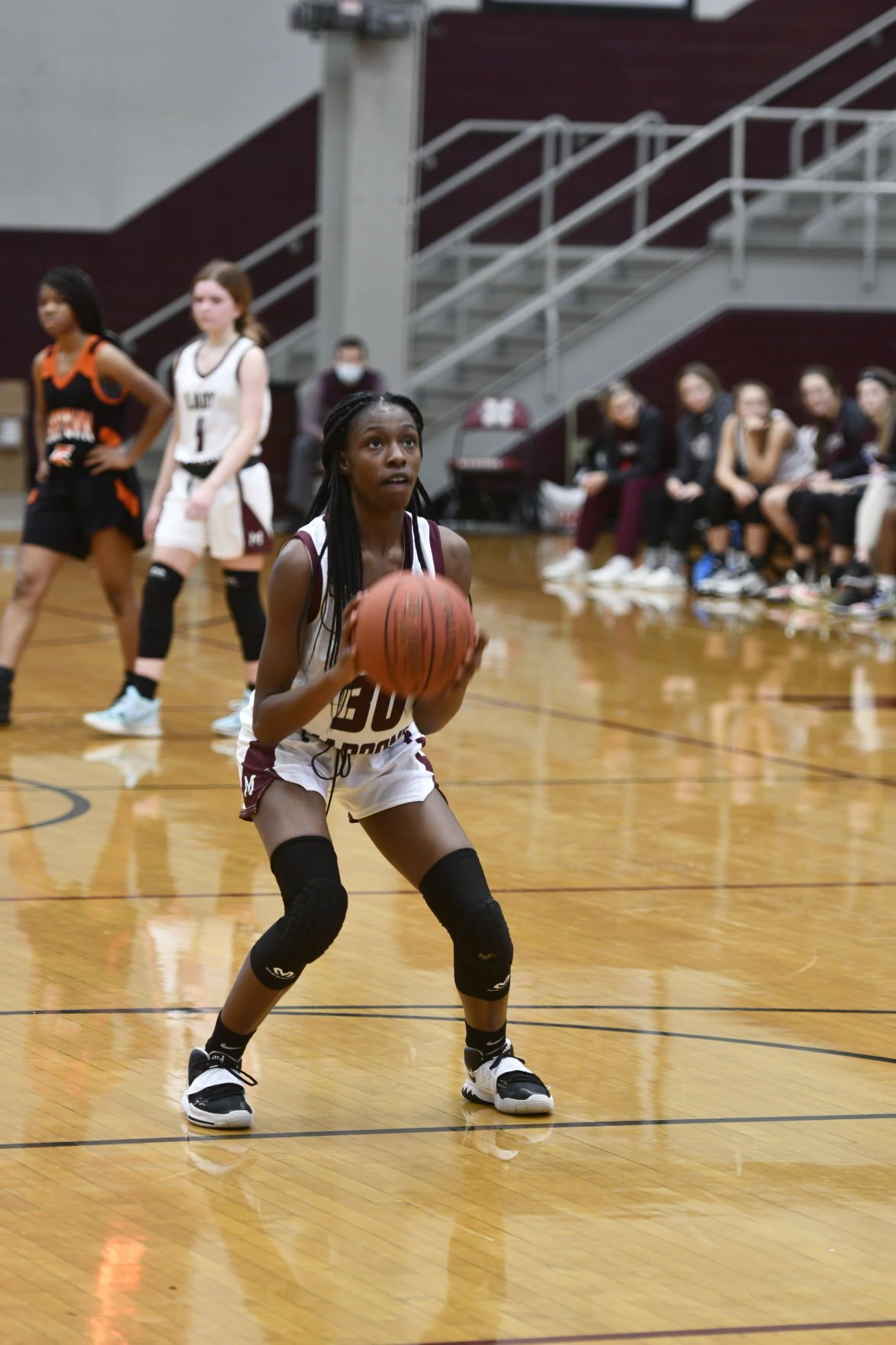 Destiny Whitsell goes to the line for the Lady Maroons. 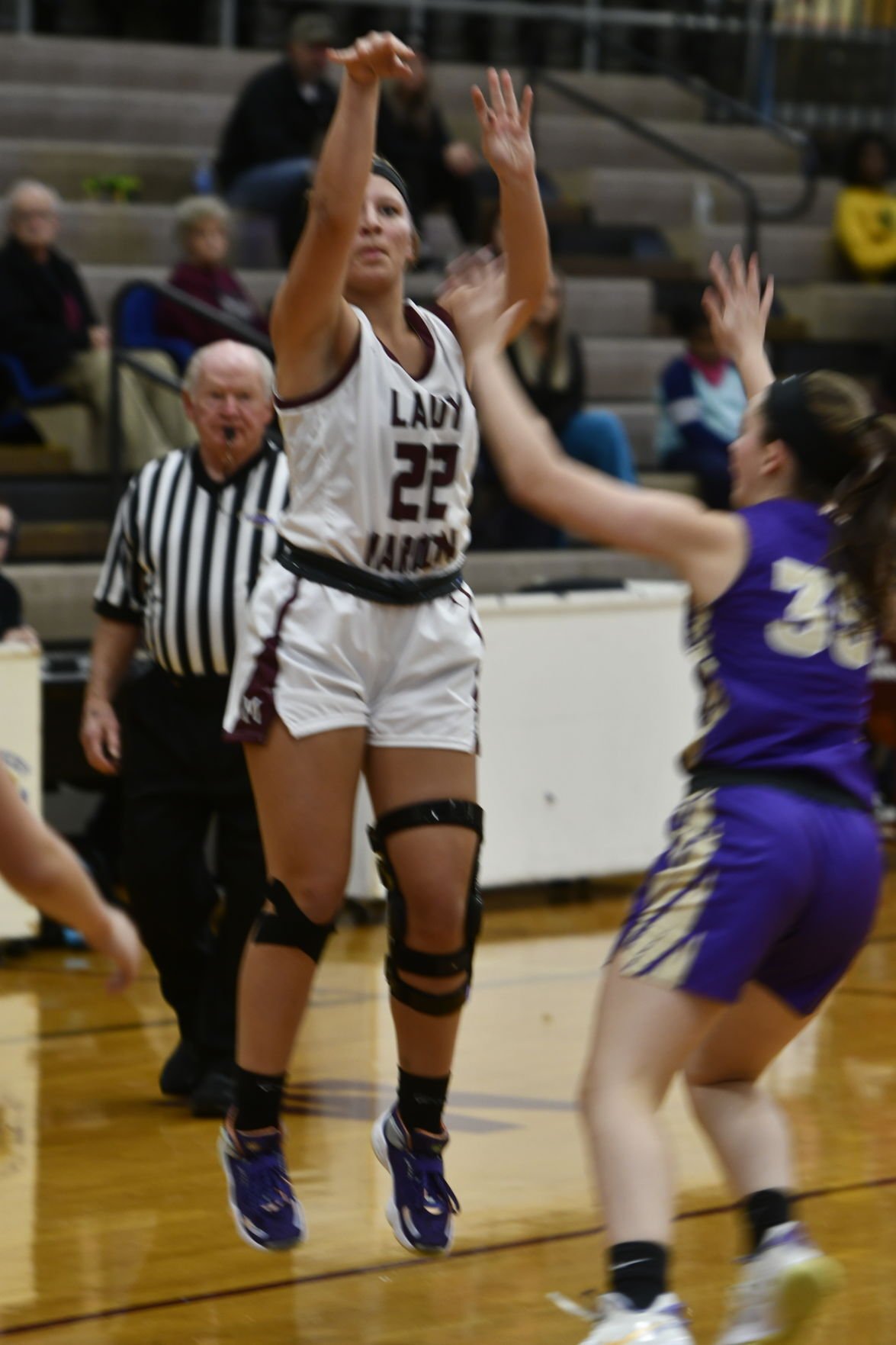 Destiny Whitsell goes to the line for the Lady Maroons.

Madisonville (12-2) came into last night’s game against Owensboro Catholic (13-5) with the 13th ranked offense in the state, averaging 63 PPG, but for most of the night, it seemed like the Lady Aces had Madisonville’s number, managing to keep that powerful offense off balance. Through the entire game, the Lady Maroons would go on a big run, only to go stagnant and watch as Catholic pulled ahead.

The Lady Maroons got off to a fast start last night against Owensboro Catholic, jumping out to a 5-0 lead in the first minute of game, but saw things quickly deteriorate when it seemed they couldn’t get any shot to fall. The Lady Aces went on an 11-0 run to take the lead, with the home team not sinking another basket until the 3:39 mark. Missed baskets by Madisonville and a tough full court press by Owensboro saw the quarter draw to a close with the Lady Maroons trailing 21-14.

During the break, head coach Jeff Duvall managed to reign his girls back in, and the Lady Maroons opened the second quarter on a 10-1 run to take a 24-22 lead. But the Lady Aces’ defense continued to disrupt Madisonville’s game. It seemed that every time the Lady Maroons would pass the ball, there would be an Owensboro Catholic player there. By the half the Lady Aces had pulled back out to a 39-35 lead.

Madisonville’s offense seemed to find their stride in the final eight minutes, but had a to deal with a 15 point deficit and an Owensboro Catholic team that excelled it running the clock. The Lady Maroons slowly reeled the Lady Aces back in as the seconds expired, but they just didn’t have enough time to close the gap. Madisonville outscored Catholic 19-10 in the final quarter but took the hard fought loss at 71-65.

Four members of the Lady Maroon squad broke double digits last night, led by Amari Lovan who had her biggest game of the season with 18.