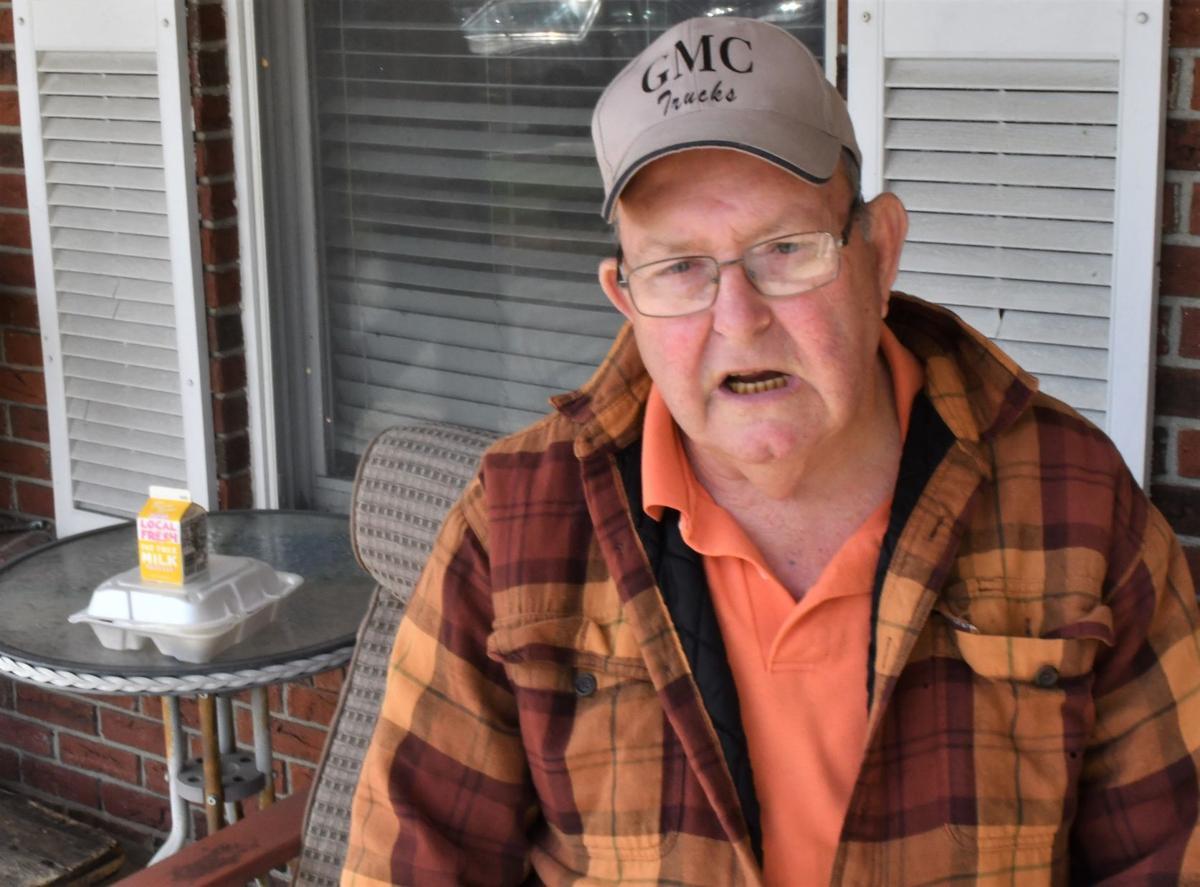 William Rose picked up lunch Monday outside the Hopkins County Regional Senior Center. Drive-up meals are available at the back door five days a week, during the COVID-19 outbreak. 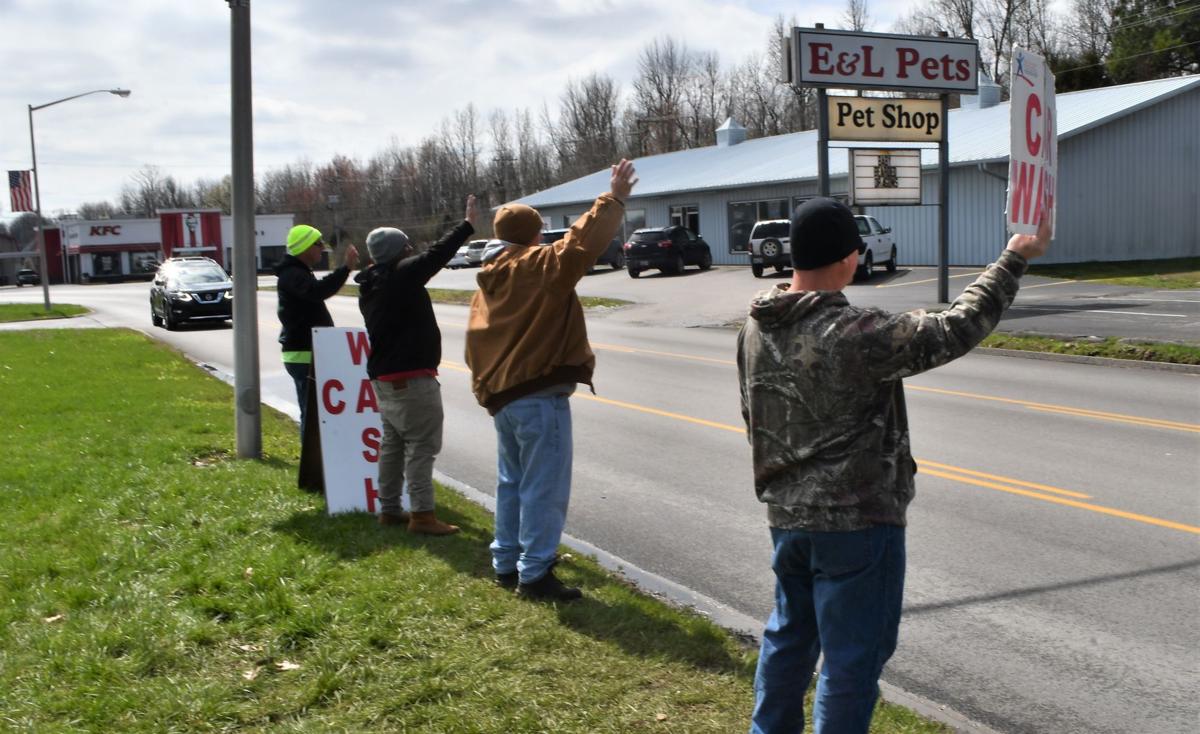 A work detail from Teen Challenge offered car washes along Madison Square Drive Monday. But they can’t do it today, as nonessential businesses now are closed as a coronavirus precaution.

William Rose picked up lunch Monday outside the Hopkins County Regional Senior Center. Drive-up meals are available at the back door five days a week, during the COVID-19 outbreak.

A work detail from Teen Challenge offered car washes along Madison Square Drive Monday. But they can’t do it today, as nonessential businesses now are closed as a coronavirus precaution.

Sunday was Denise Beach’s birthday. Was it the most difficult birthday ever?

That’s because Beach is Hopkins County Health Director, caught in the middle of the coronavirus vortex. The virus still has not officially reached Hopkins County, but it seems to keep getting closer.

But the Muhlenberg cases were not included in Governor Andy Beshear’s afternoon update on the pandemic. He gave a statewide count of 124 confirmed patients, out of 1,866 tests.

Beach declined to say how many people in Hopkins County have been tested for COVID-19. But a map posted by the Kentucky Health Cabinet indicated as of Saturday, the number was no more than 25.

“We’ve got about 15 tests that are out,” Judge-Executive Jack Whitfield Jr. said Monday during a mid-morning update on Facebook Live. “All the other tests where we have gotten results have been negative.”

“Tests are available,” Beach added. But she would not say how many, explaining the coronavirus response is “a very fluid situation.” Baptist Health Urgent Care is handling screenings in Hopkins County.

Whitfield warned against people possibly going door-to-door offering home virus testing. It’s happened in other places, but he called that a scam.

Other counties with confirmed coronavirus cases in western Kentucky include Christian, Daviess, Henderson and Lyon.

Meanwhile, more businesses across Hopkins County locked their doors Monday night on order from the Governor. Even nonprofit businesses had to close, if Andy Beshear decided their work was “non-essential.”

“This is our last day of working,” Alan Conner said along Madison Square Drive. He was one of four men offering roadside car washes in exchange for donations to Teen Challenge.

“Saturday, we were really busy here,” Conner said. The car washes brought in anywhere from $50 to $300 a day.

“Some probably will not make it through this period,” Whitfield told WFMW’s “Western Kentucky Live.” “It’s going to be a mountain to climb.”

Many businesses at Parkway Plaza Mall were closed Saturday, even before Beshear’s order. The only ones still open are Dollar Tree, Godfather’s Pizza and Tommy D’z diner. The restaurants are offering curbside service.

The Cardinal Mine remains open, but Whitfield recommended Monday that miners keep six feet of separation and use good hygiene.

“I worked underground for 20 years, so I know that isn’t one of most coal miners’ strong suits,” Whitfield wrote in a Facebook comment.

The Hopkins County Regional Senior Center had few takers Monday on its first day of drive-thru lunches. Staff member Fred Vincent said about 80 meals were distributed to older people across Hopkins County, which is the usual number.

One man who picked up a foam box and a carton of milk was William Rose, who turns 70 this summer. He took a wide-angle perspective on the situation.

“Life’s short and it’s precious. It’s about what we do with it,” Rose said.

In other COVID-19 developments since our Saturday edition:

• The Health Department noted a ban on sit-down dining at restaurants also includes sitting outside the restaurants to eat. “No on-site consumption is permitted,” a Facebook post said.

• Madisonville Mayor Kevin Cotton announced the deadline for submitting city net profit tax returns has been extended until Wednesday, July 15. This is similar to extensions by the Internal Revenue Service and Beshear. Whitfield said he’s “working on that” for the county.

• Cotton also said city budget hearings scheduled for this Saturday might be conducted by teleconference. Whitfield said the next county budget meeting is still scheduled for next Tuesday.

• Beshear unveiled a “Team Kentucky Fund” for donations to workers with severe financial needs. He also called on all houses of worship to ring their bells at 10 a.m. daily until this situation is resolved.