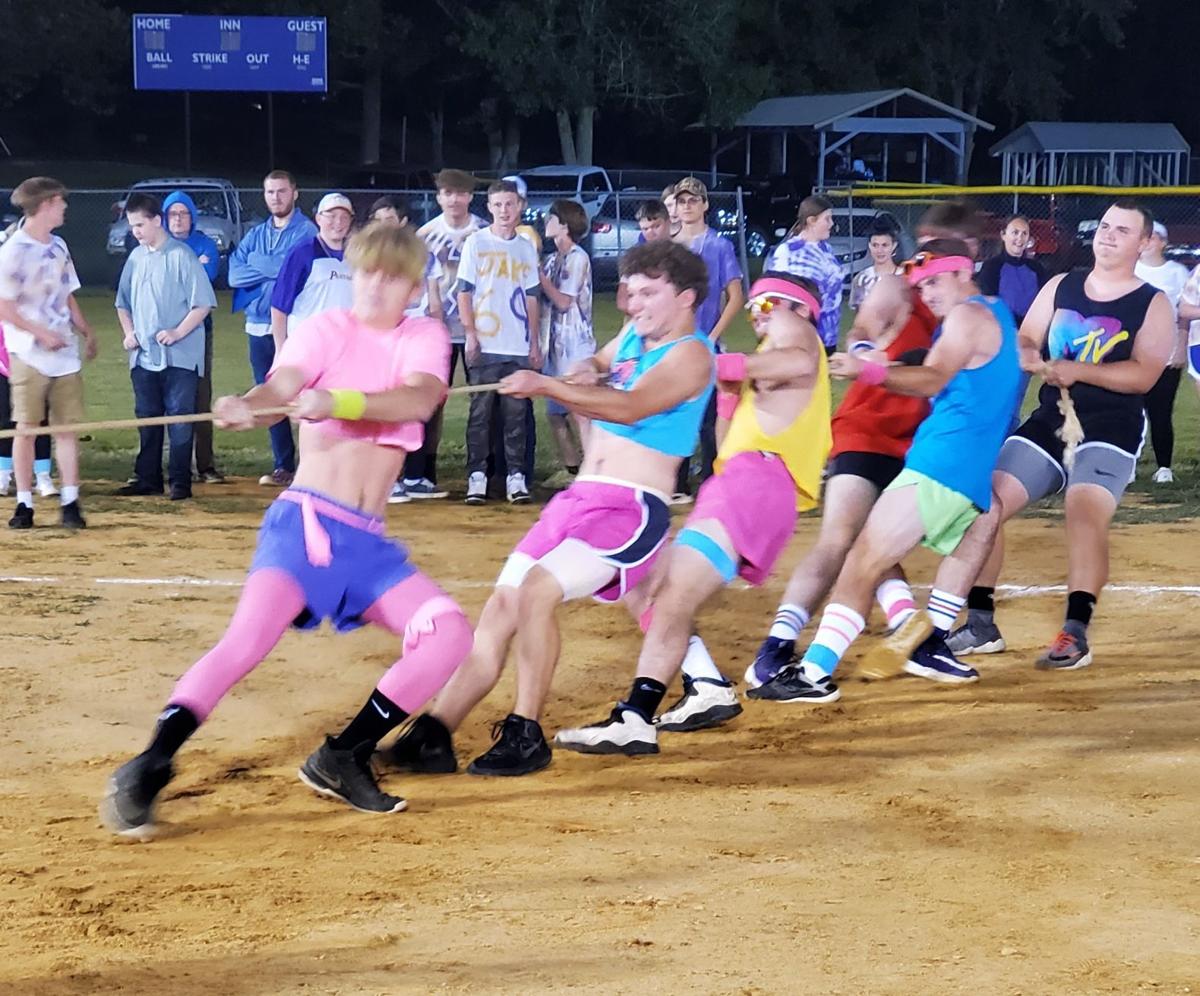 Photos by Cassie Ipock/The MessengerMembers of the DSHS Class of 2022 compete in the tug-of-war event at the 47th edition of Fun Night games hosted by the Parent-Teacher Organization on Friday night. The seniors won the event and were named champions of Fun Night 2021. 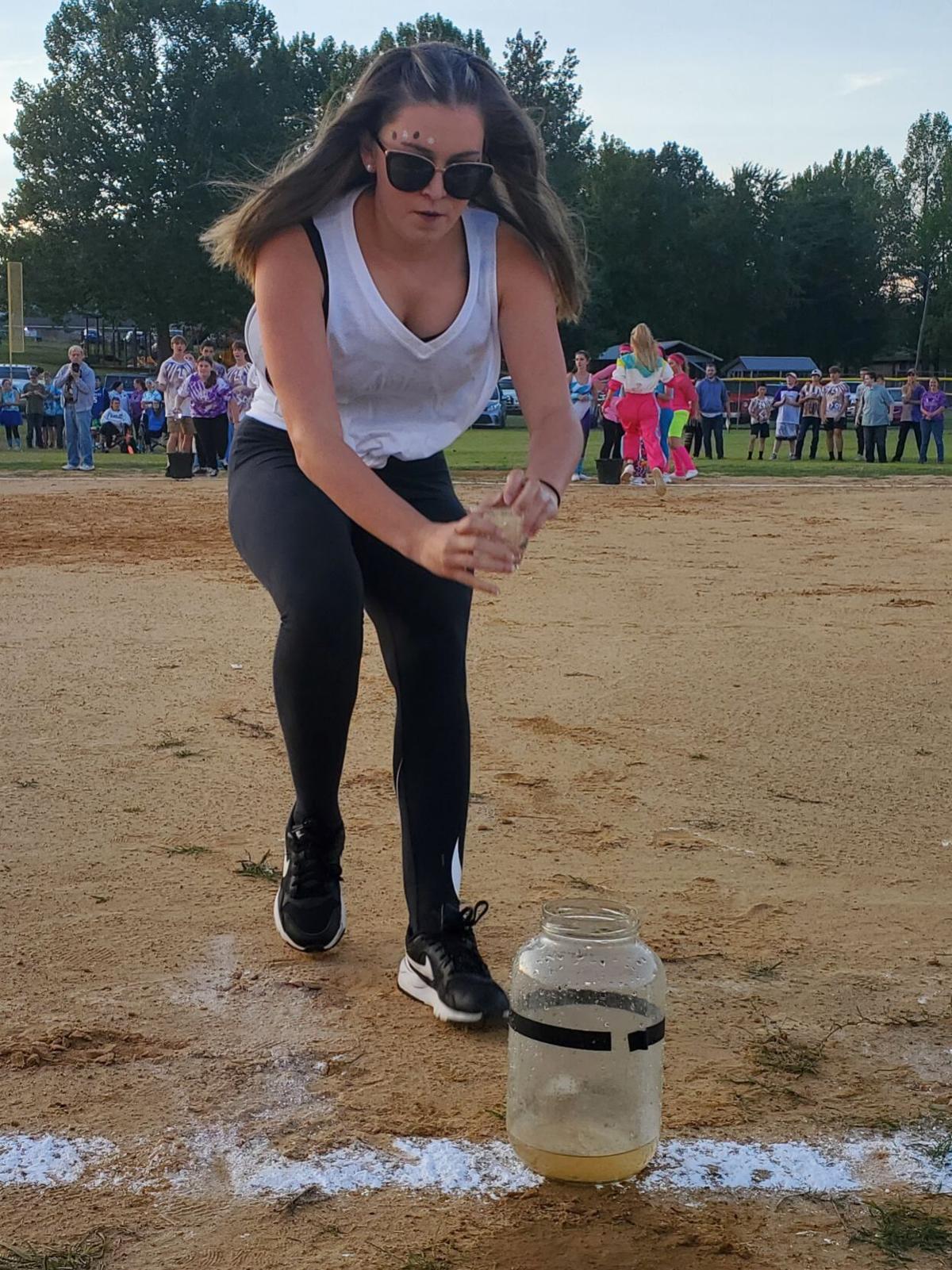 Photos by Cassie Ipock/The MessengerMembers of the DSHS Class of 2022 compete in the tug-of-war event at the 47th edition of Fun Night games hosted by the Parent-Teacher Organization on Friday night. The seniors won the event and were named champions of Fun Night 2021.

In Dawson Springs, tradition is an important piece of the tapestry that sets the town apart from other neighboring communities.

More often than not, you’ll find that the Dawson Springs Independent School District at the hub of these traditions that Dawsonians hold dear.

Last Friday, one of the most celebrated of those traditions, Fun Night, was held at the municipal park. Fun Night is a back-to-school activity, hosted by the Dawson Springs Parent-Teacher Organization, in which classes compete in a series of field games for cash prizes.

According to the late Faye Winfrey, a longtime employee of The Dawson Springs Progress, the first edition of Fun Night games was held back in the summer of 1974 downtown in the square.

“The parents planned it over the telephone,” she said back in 2003.

“The city had a Centennial Celebration in the summer of 1974 and the games were a part of it,” he said.

Howton and his graduating class were the very first to be crowned Fun Night champions. After that, the school’s Parent-Teacher Association (now PTO) took the reins and began hosting this exercise of class bonding — a way to ring in the new school year by cultivating an overwhelming sense of school spirit.

Keeping any tradition alive makes a certain degree of change necessary, especially after a hiatus in 2020 due to COVID-19 restrictions.

This year’s Fun Night planning committee, led by PTO President Lori Back and officers Mary Beth Drennan, Debra Oldham, and Shelby Johnson, offered a couple of new field games and hosted competitions for class sponsors between events. And since we remain in the midst of a pandemic, some favorite events had a new twist to keep up with social distancing protocols.

With each game, the class finishing in first place is awarded 20 points; second wins 15; third, 10; and fourth, five points. A perfect score would result in 220 points. Based on the final standings, the PTO awards cash prizes to each class. The official scorekeepers for Fun Night 2021 were Jennifer Brewer and Mary Morgan.

With 175 points, the seniors were the victors of the night. The Class of 2022 placed first in bucket brigade, trivia talk, horse races, balancing act, tug-of-war, and the mega obstacle course. Amanda Scott served as field judge for the seniors.

The junior class, all decked out in a monochromatic theme, were just 10 points behind the seniors with 165 points. The juniors completed the egg toss, mummy wrap, egg relay, nylon bowling, and tape run events in first place.

The sophomores and freshmen were dominated by the upperclassmen. The sophomores were third overall with 115 points. Their field judge was Amanda Fowler-Shrum. The ninth grade, who haven’t participated in Fun Night since seventh grade due to the pandemic, finished in fourth place with 95 points. Mary Purdy served as field judge for the freshmen.

From 2003-2019, a class spirit award was a coveted feature of the games and another tradition was born — a grand entrance by the senior class. The seniors choose a theme, decorate a float, dress in coordinated attire, and are escorted by local law enforcement to the city park.

The Class of 2022 chose “Let’s Get Physical,” and dressed in 1980s-inspired fitness clothing. Their float was decorated in neon colors, embellished with boom boxes and workout equipment. They rushed into the park as confetti cannons erupted and spectators cheered to welcome them to their final edition of the games.