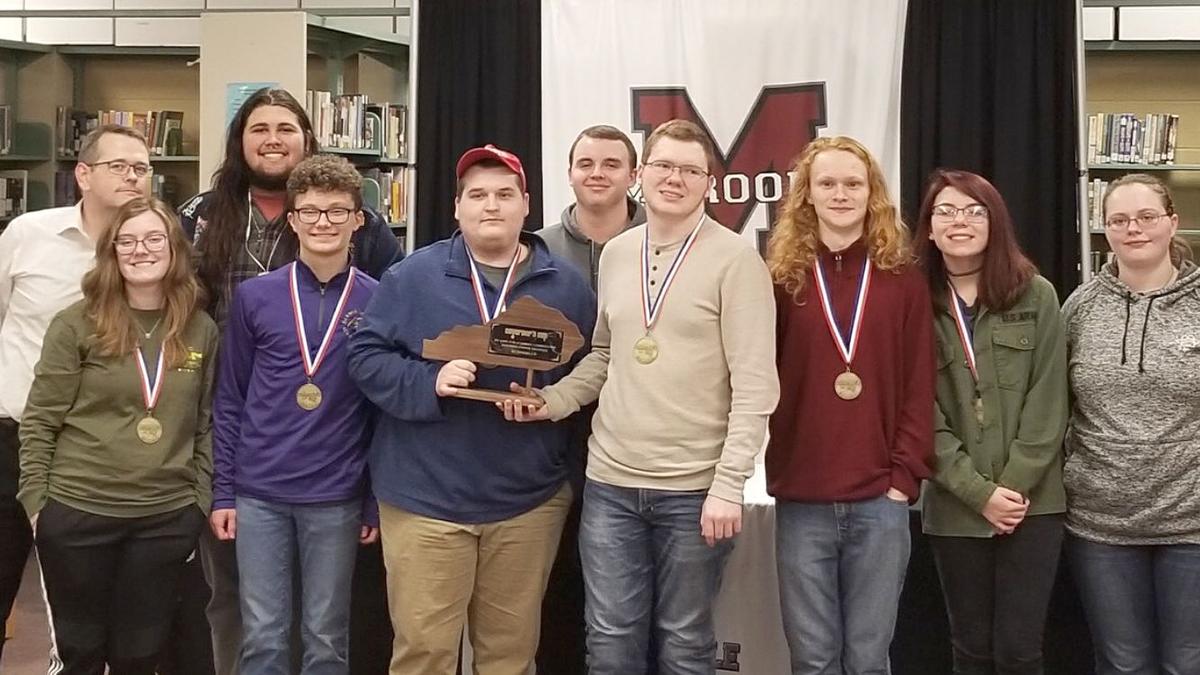 The Dawson Springs High School academic team poses for a group picture Saturday at the conclusion of the regional Governor’s Cup competition at Madisonville-North Hopkins. 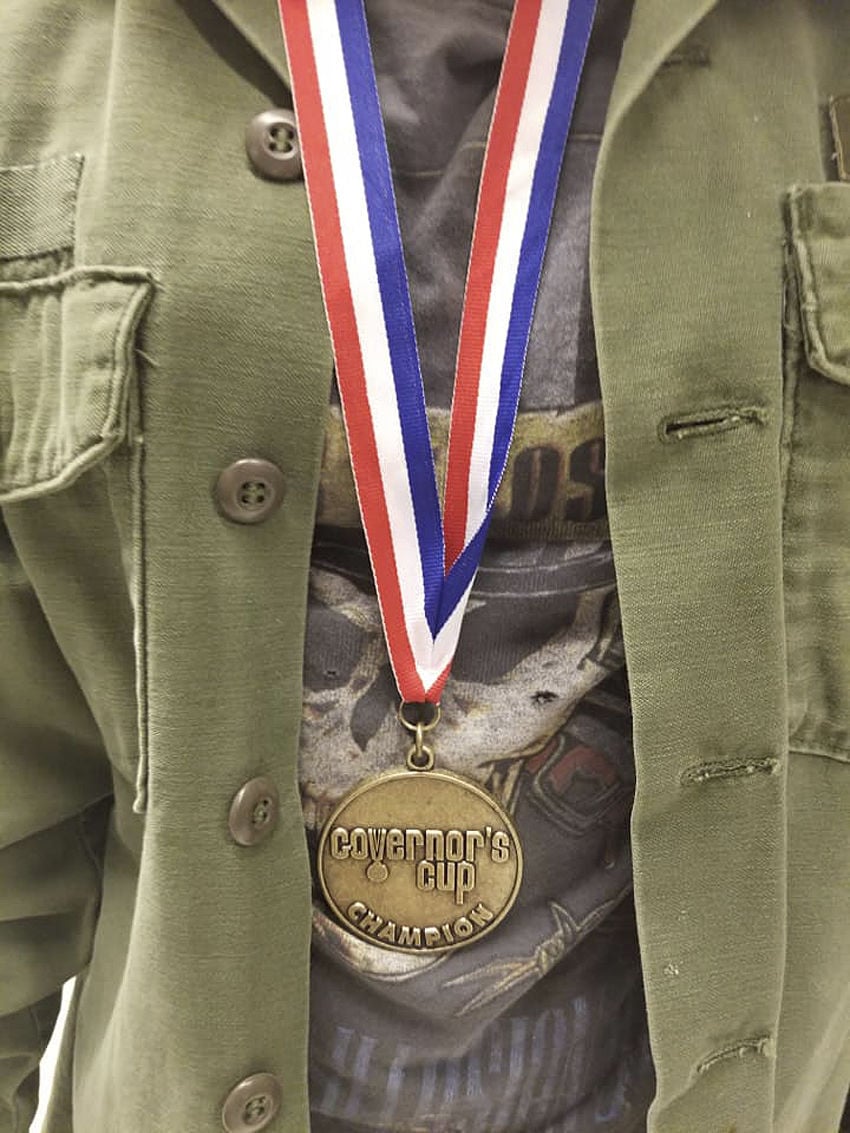 The Dawson Springs High School academic team poses for a group picture Saturday at the conclusion of the regional Governor’s Cup competition at Madisonville-North Hopkins.

By From Progress staff reports

The Dawson Springs High School academic team’s finish Saturday at the regional Governor’s Cup competition is one for the record books.

All those achievements are the highest in school history.

Region 2 includes 16 schools, most of which are significantly larger schools than Dawson Springs.

“It is their unflinching support that allows one of the smallest schools in the state — around 200 kids — to compete toe to toe with schools ten times their size and even against elite private schools,” Godbey said.

Points are tallied based on how team members perform in individual competitions as well as quick recall and future problem solving.

“In Quick Recall, a team of four students listens to questions read by a moderator and tries to beat the clock, and the opposing team, with a correct response,” according to the Kentucky Association for Academic Competition, a nonprofit educational service agency that hosts the event.

The quick recall team of senior Daniel Garrett, the captain, senior Ethan Vincent, sophomore Gabe Workman, sophomore Addison Whalen, sophomore Sam Adams and senior Andrew Barnhart, beat Christian County in the first round. Madisonville-North Hopkins then beat the Panthers by 3. Up next was a match against Hopkins Central. The Panthers beat the Storm and then Logan County, but fell by 1 point to the University Heights Academy team. The loss kept the team from advancing to the state competition, which is in mid-March in Louisville.

Godbey said the group is the “best team I’ve ever had.” The team missed a trip to state by one question.

Six individuals earned the opportunity to compete against the top high school students in the state.

Daniel said he is “extremely proud” of the team and is especially thankful to have his teammate Ethan. Both are seniors and have been on the academic team together for several years, and both have competed on the state level. The two studied tests from the previous years and built off one another when practicing for quick recall. “I’m proud to see how much we’ve grown,” Daniel said.

The team also won the sportsmanship award, which is voted on by the other participants.

“We appreciate their unbelievable effort and the way they represented us,” Superintendent Lenny Whalen said in a tweet. “We’re tremendously proud of them. They’re a super group in every respect.”

Godbey said Whalen, as well as Principal Todd Marshall and guidance counselor Lori Wooton were “instrumental in fostering a district-wide attitude of high expectations for all kids, and that attitude shows in our results.”

Godbey, who serves not only as the coach but a high school teacher and a district instructional coach, said he is especially thankful for the class of 2020 members on the team. They are Daniel Garrett, Ethan Vincent, Zoe Howton, Courtney Bayer, Emma Thorp and Andrew Barnhart.

“These kids are simply amazing,” Godbey said. “The leadership they have provided over the last 4 years has been incredible ...”