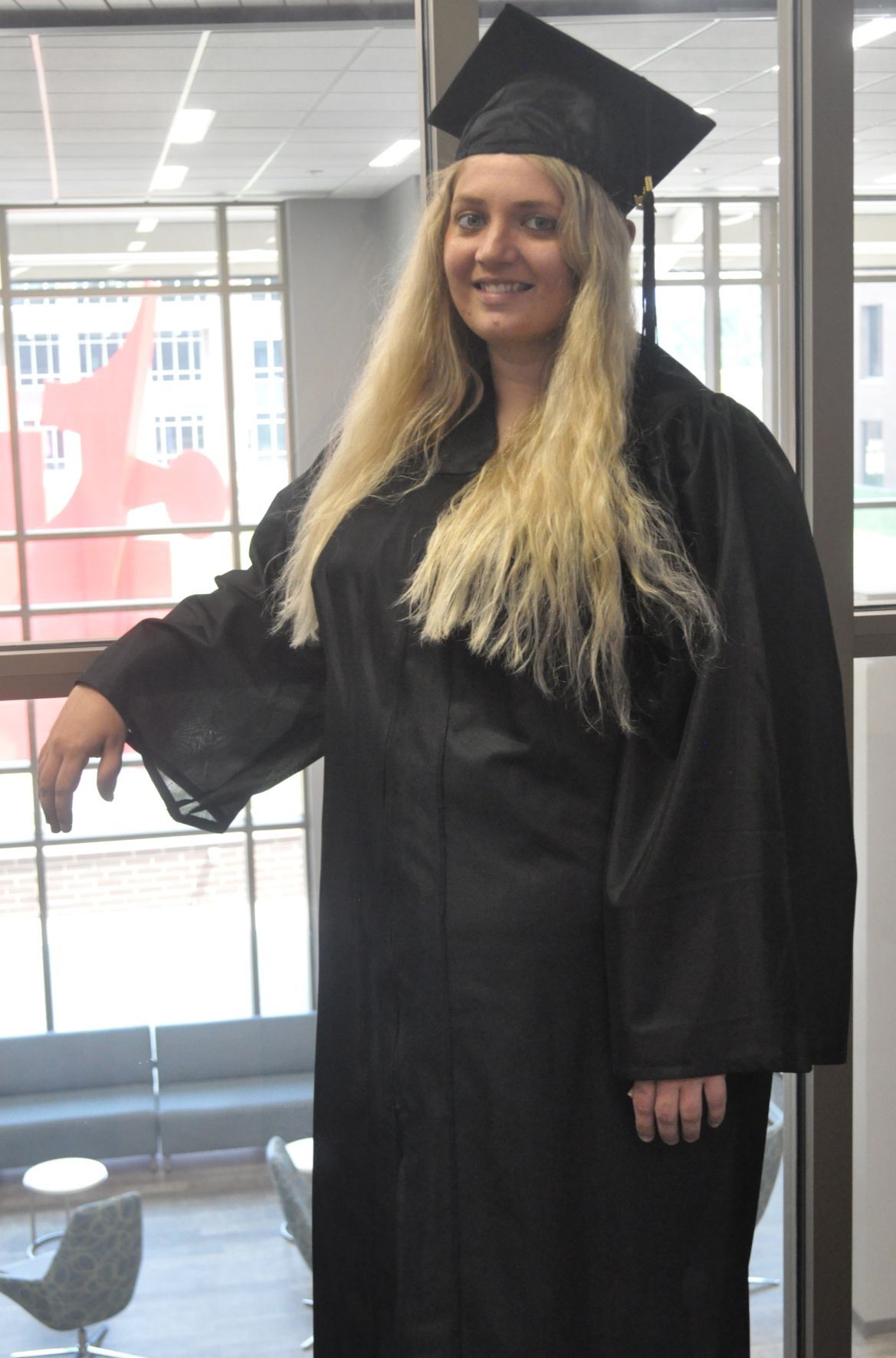 Kendee Ruckert will be walking down the aisle to collect her diploma tonight. 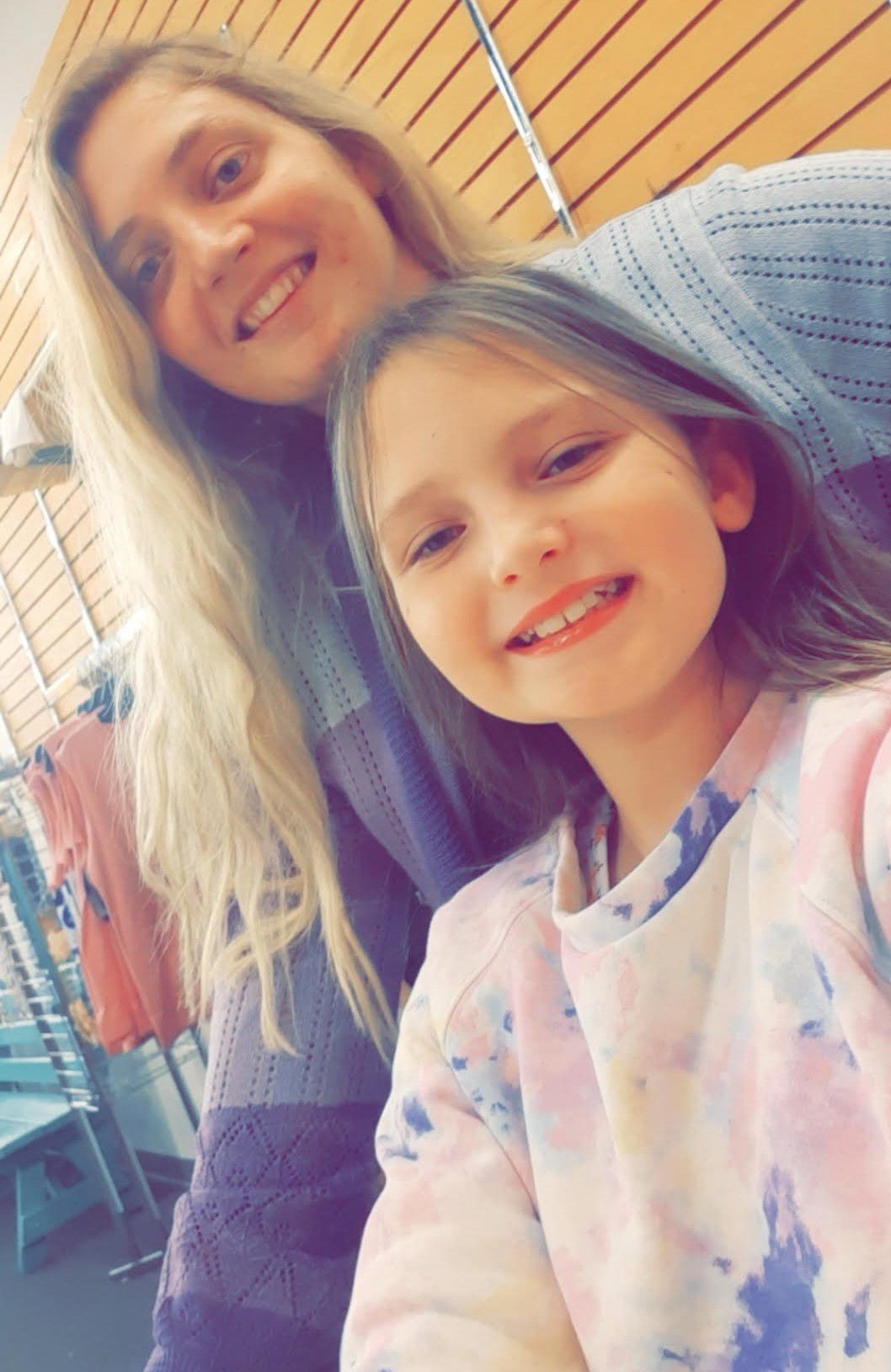 Kendee Ruckert, left, takes a photo with her 10-year-old daughter, Caroline Hinton, who has been one of her biggest cheerleaders as Ruckert completed her GED.

Kendee Ruckert will be walking down the aisle to collect her diploma tonight.

Kendee Ruckert, left, takes a photo with her 10-year-old daughter, Caroline Hinton, who has been one of her biggest cheerleaders as Ruckert completed her GED.

Kendee Ruckert isn’t a quitter. She may have been knocked down, but Ruckert knew she had what it took to dust herself off and keep moving forward.

Ruckert will join 44 other students for a GED graduation ceremony through Madisonville Community College’s Adult Education Program (ACE2) at 6:30 p.m. tonight at the Byrnes Auditorium on the college’s Health Campus near Baptist Health Madisonville.

Ruckert said her biggest reason for returning to school a year and a half ago was to show her daughter, Caroline, that she should never give up trying.

“I just basically wanted to show her that just because you failed the first time doesn’t mean you have to give up,” she said.

Ruckert attended high school, but didn’t do very well, so her mom pulled her out. It was always her plan to start on her GED, but life got in the way, and she had her daughter in 2010.

“She has been one of my biggest supporters,” said Ruckert. “She is amazing.”

Ruckert said although both she and her daughter were in school, they never studied together. Her daughter would lock herself in her room, and Ruckert would go to her room to study.

When Ruckert had to take her exams in social studies, math, reading and science, her daughter would constantly text her words of encouragement.

“I would get so many text messages before I ever made it in, and then when I made it out, I had to share the news with her, and we would celebrate,” she said.

Her two hardest subjects were social studies and math, but the teachers at ACE2 were always supportive. Ruckert said one of the teachers who helped her and encouraged her was Kristal Stanley, an instructor in the program.

“She didn’t let me give up,” said Ruckert. “Mrs. Kristal would meet up and give us our books, or if we had something new to learn, she would bring it. She kept us in line for sure.”

Ruckert was in the GED-Plus program, so she was able to earn a certificate as an Electrocardiogram Technician while studying for her GED. She is now looking for a job in the medical field.

Program Director Angela Carter said the college is incredibly proud of the hard work and dedication the students demonstrated by obtaining their GED.

“Obtaining a GED is a great accomplishment that will provide many opportunities for our graduates and their families and give them the confidence to set other college, career and life goals,” she said. “This celebration of academic achievement represents much more than just a passing score on an exam — it represents countless individual achievements and challenges that are the very fabric of every GED.”

Ruckert said to anyone who may be thinking about starting on their GED, to keep trying.

“Don’t give up,” she said. “It might be hard getting started, but you will eventually get it.”