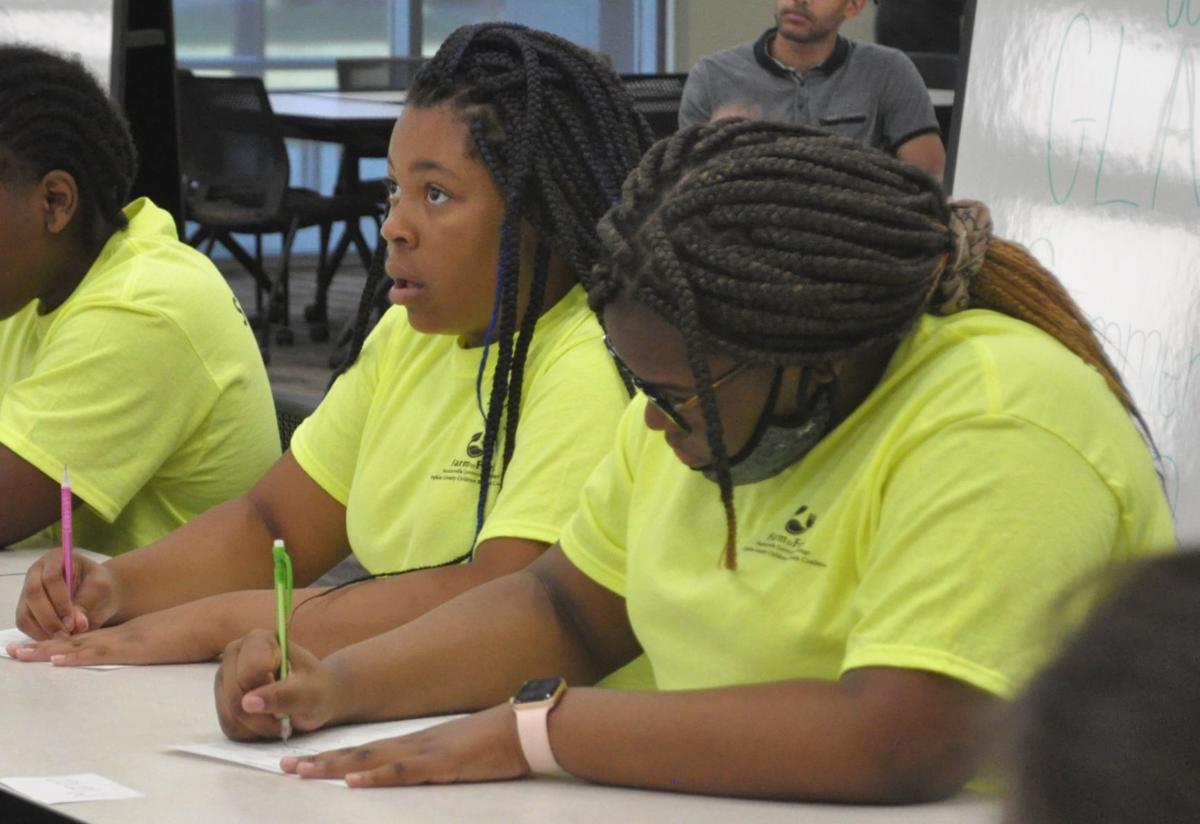 Promise Stone, left, and Maraih Wilson, both in middle school, write down new information they are learning at the GLAD camp at Madisonville Community College. 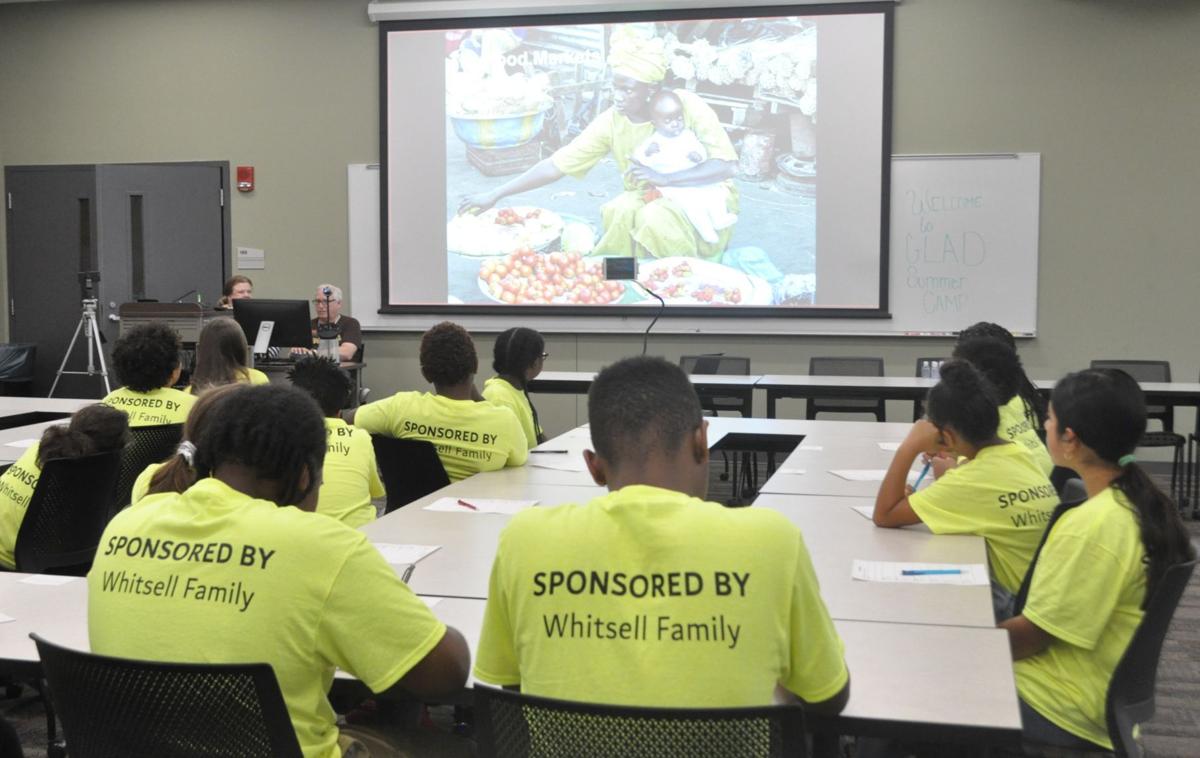 The middle school students participating in the GLAD camp at Madisonville Community College this week listen as Enyonam Nanevie, founder of Building Community Bridges in Ghana, Africa talks about how agriculture and farming are part of their culture in West Africa.

Promise Stone, left, and Maraih Wilson, both in middle school, write down new information they are learning at the GLAD camp at Madisonville Community College.

The middle school students participating in the GLAD camp at Madisonville Community College this week listen as Enyonam Nanevie, founder of Building Community Bridges in Ghana, Africa talks about how agriculture and farming are part of their culture in West Africa.

Encouraging underrepresented students to further their education and inspiring a love for learning is why Madisonville Community College hosts its GLAD camp.

Director of Cultural Diversity James Bowles said this is their 21st year having the camp, and they have had great success with it.

The camp is for middle school-aged students in Hopkins County, and the theme changes each year to reflect that year, he said. This year, the theme is “Farm the Fort” because COVID-19 kept kids indoors.

“We want the kids to get outdoors, get their hands dirty, cultivate some of that soil and learn how something grows,” said Bowles.

The camp started on Monday with a look at the college’s agriculture program with Agriculture Program Coordinator April Duncan talking about the basics, like what soil is composed of and how crops grow, he said. On Tuesday, the students went to the Hopkins County Economic Development Authority and potted plants to take home.

Bowles said while part of the program is to be hands-on, the college also wants to introduce other cultures to the students, which is why on Wednesday, the students were listening to prominent people in the agriculture field in Africa.

Two presentations, one by the founder of Building Community Bridges Enyonam Nanevie and the other by Ken Johnson, who is principal of Devconia LLC, are both from West Africa.

“They are going to talk about their culture, their way of life, how they relate to the environment in regards to food and letting their kids see our kids in America,” said Bowles. “Our kids will get a chance to ask some questions at the end.”

Ishmael Almon, 13, who was born in Africa, said he has been participating in the camp for many years.

“It is really cool for culture, and it is nice to hang out with friends,” he said.

Because Wednesday’s program involved hearing from people in Africa, Almon said he enjoyed seeing and hearing from other people from Africa.

Later in the week, the campers will take a trip to Kentucky State University to work with the 4-H agriculture camp, said Bowles. They will move on to Louisville to visit the Louisville Science Center and the Muhammad Ali Center.

“On day one, I told the kids I wanted them to learn something new, and I want them to simply have fun because this is summer camp,” said Bowles.

Bowles said a big part of the camp is to encourage students to become interested in Science Technology, Engineering and Math Projects which is why there are STEM projects throughout the camp week.

MCC Public Relations Coordinator Emily Ray said while the theme of the camp changes every year, the focus is always on STEM.

“We chose that because we want to encourage these underrepresented populations of students to pursue those fields,” she said.

Bowles said there is an achievement gap with the students at the camp, and by getting them on a college campus and encouraging an interest in STEM activities he is hoping to close that gap.