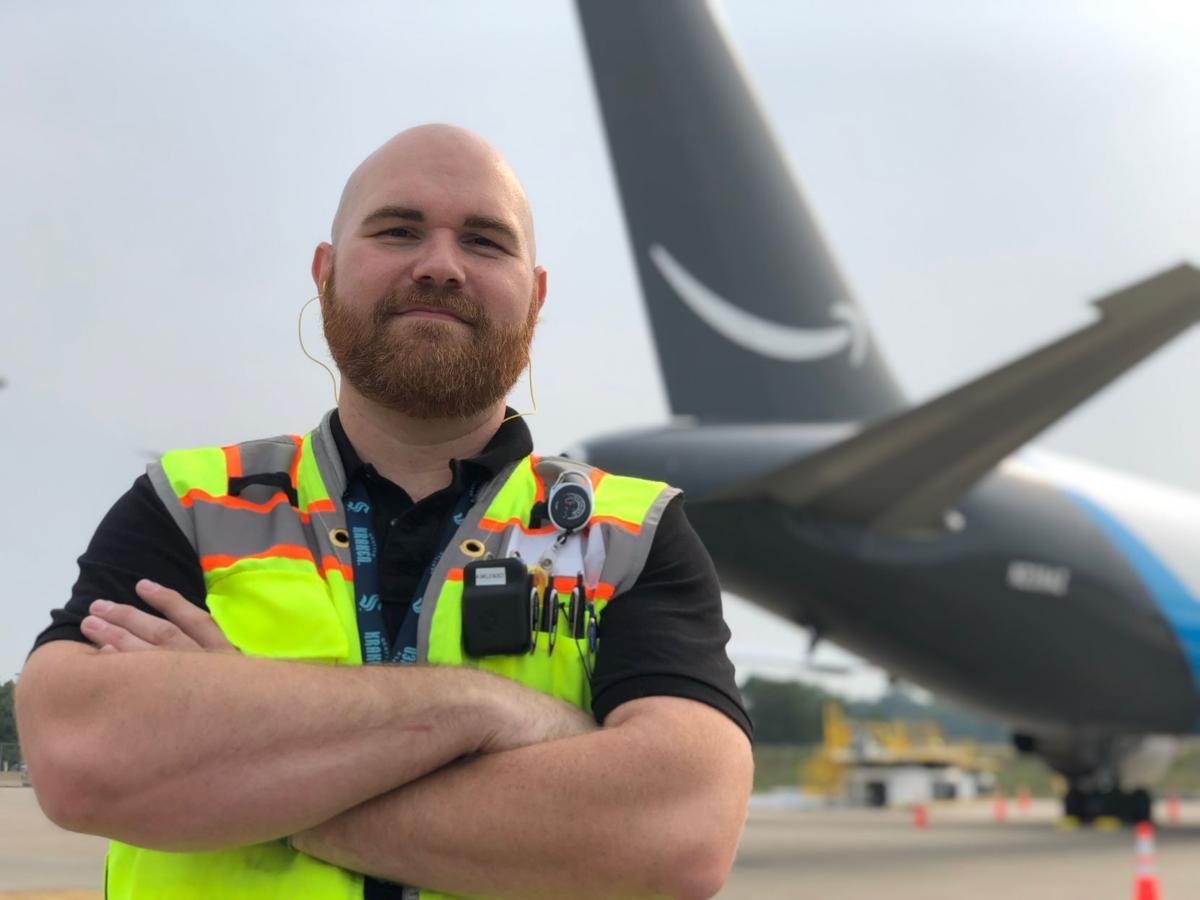 Dawson Springs native Adrian Melendez now serves as the director of operations at the Amazon Air Hub now based at the Cincinnati-Northern Kentucky International Airport. 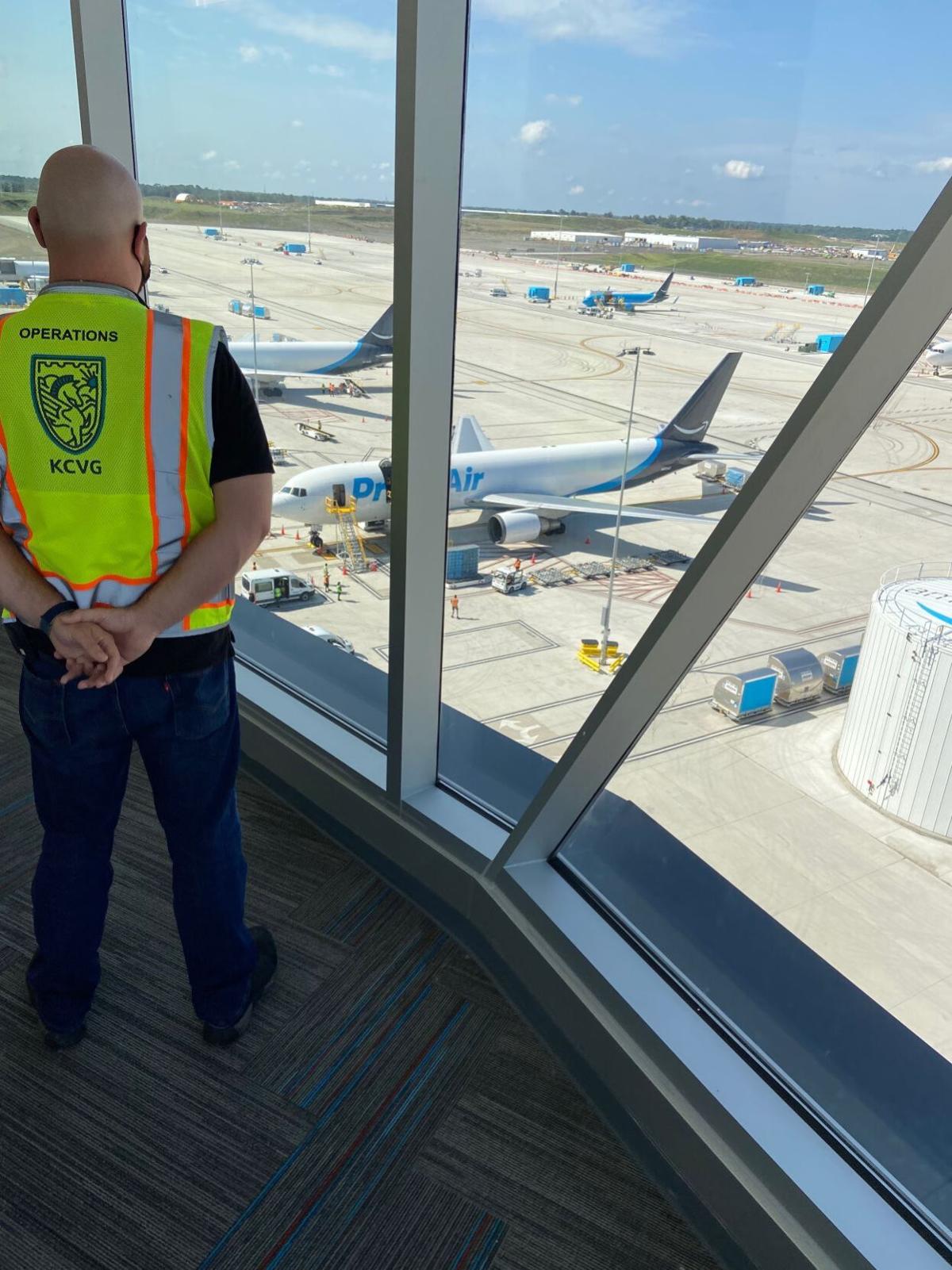 Dawson Springs native Adrian Melendez now serves as the director of operations at the Amazon Air Hub now based at the Cincinnati-Northern Kentucky International Airport.

Dawson Springs native Adrian Melendez has moved through the ranks of Amazon to become the Director of Operations for the latest Amazon Air hub at the Cincinnati-Northern Kentucky International Airport.

The hub opened at the CVG in August after four years of planning and construction, and is a $1.5 billion investment to the state, something that Melendez said he is humbled to be part of.

He said the site is over 600 acres at the airport, and his duties include overseeing all operations.

“I am basically supporting the entire team that functions the campus, everything inside our area of operations, I get to support,” he said. “I come in when the first flights are starting to land and make sure everyone has the support they need.”

Melendez added another part of his duties are to “strategically” look at where the operation needs to go and to start putting plans in motion for “continuous improvement for growth”.

“I will say I’m really excited that this big operation is back home,” he said. “For me, this has been a big homecoming. I never thought I would live in Kentucky again … but I’m really proud that our business is investing in the state. I’m humbled I get to be the one supporting the team doing some amazing work.”

Melendez said his family moved to Dawson Springs when he was 6-months-old.

“All that I remember is growing up out at Lake Beshear,” he said. “It was really nice. It is a great area to grow up in especially because you are surrounded by so much forestry and wildlife. Pennyrile State Park was right up the street and our summers were spent playing in the woods, going camping, fishing. I really enjoyed it a lot.”

Melendez attended the Dawson Springs Independent School system, but found he wouldn’t be able to pay for college himself.

“We just didn’t have the money to do that,” he said. “One of the things that helped me is that there’s a program at U of L that if you worked night shifts at this business, you could get your college paid for.”

Melendez moved to Louisville to start college in 2002 where he majored in justice administration and minored in business.

He described the move from Dawson Springs to Louisville as a big change.

“We have the four way stop in Dawson, which is the landmark, and then Louisville is a huge city,” he said. “It took me a while to get used to it. I lived there for school, and I had a great time, and was able to graduate debt free because of that program, which was a goal of mine.”

Melendez’s career with Amazon began with a subsidy of the company called Zappos located in Louisville.

He said Amazon wasn’t necessarily the goal of his career, he was simply looking for business that was growing, was invested in its employees and had opportunities for advancement.

Amazon ultimately fit that requirement on every level. in his time with the company, Melendez’ advancements included numerous leadership roles across the country — including the San Francisco Bay area, Seattle, Orlando, New York and Connecticut before coming back home to Kentucky for his current role.

He said the move to California was to open a new building where he served as the robotics and quality manager for one of the first buildings using robotic technology in the company. The other positions included a lot of firsts helping launch the first wave of large Amazon robotics across the country.

Melendez said thinking back to his beginnings, it is a humbling experience to be part of the early changes in what is now a major company in the world.

“It’s humbling to know that a guy from Dawson Springs can go do something big like that for a company this size. It’s incredibly rewarding. It is what I love to do,” he said. I don’t think I would have gotten this opportunity anywhere else.”

His current position also allows him to give back to the company that has invested in him and to help grow what he said will be the next generations of leaders for Amazon.

Melendez said he credits his career drive to his education at Dawson Springs, and instilling in him a thirst for knowledge.

To current students in the Dawson Springs system, he wants them to know that the sky is “literally the limit.”

“If you set your sights on what you dream of doing, you’re going to be set up to go and accomplish it if you intentionally go after the things,” he said. “It is going to be an awesome ride, so continue the quest for knowledge, learn as much as you can and apply that in a way that helps out people, and you’ll continue to be rewarded with good opportunities wherever you go.”