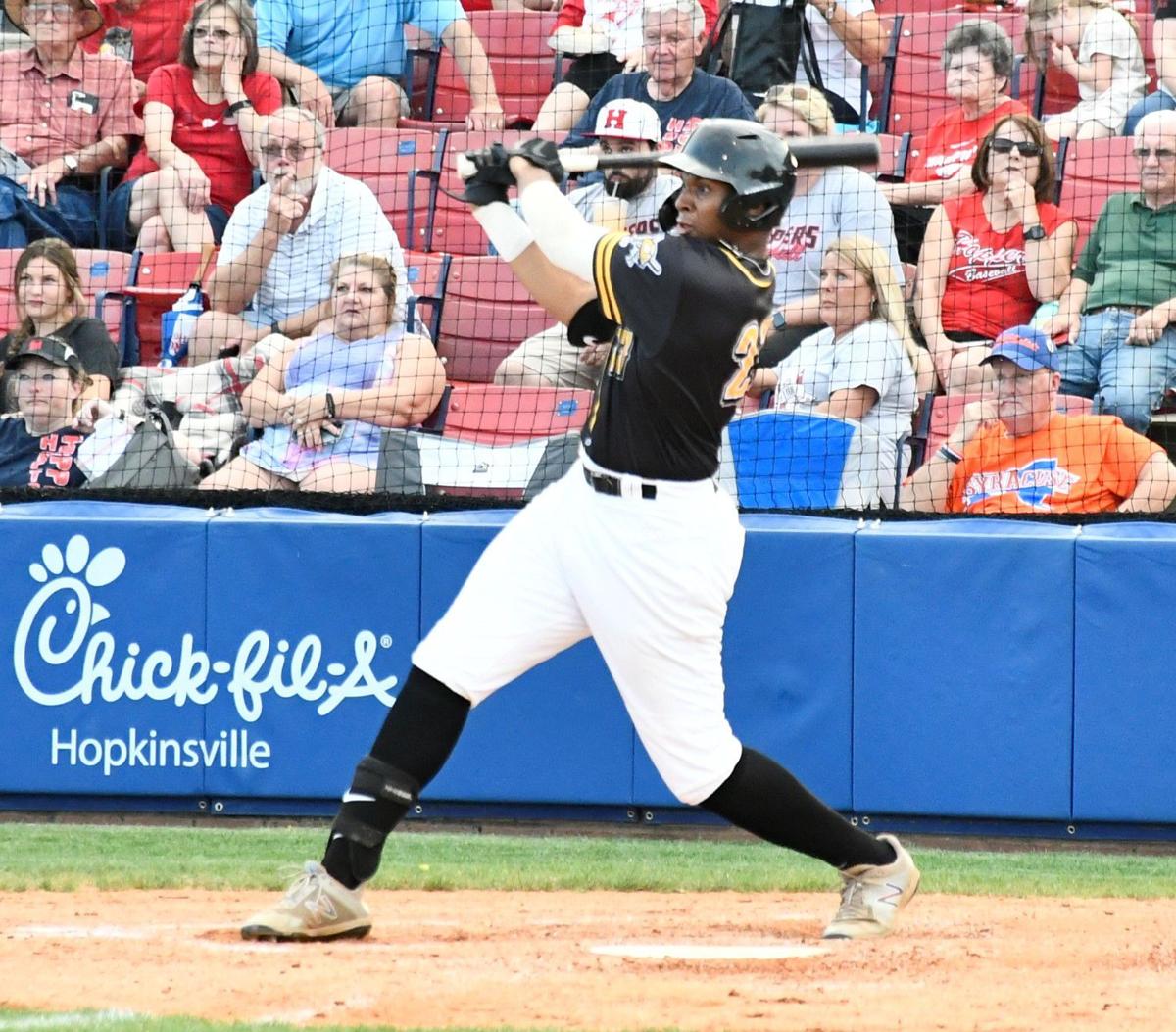 Brennon Williams records a hit during Madisonville’s game at Hopkinsville on Thursday night. 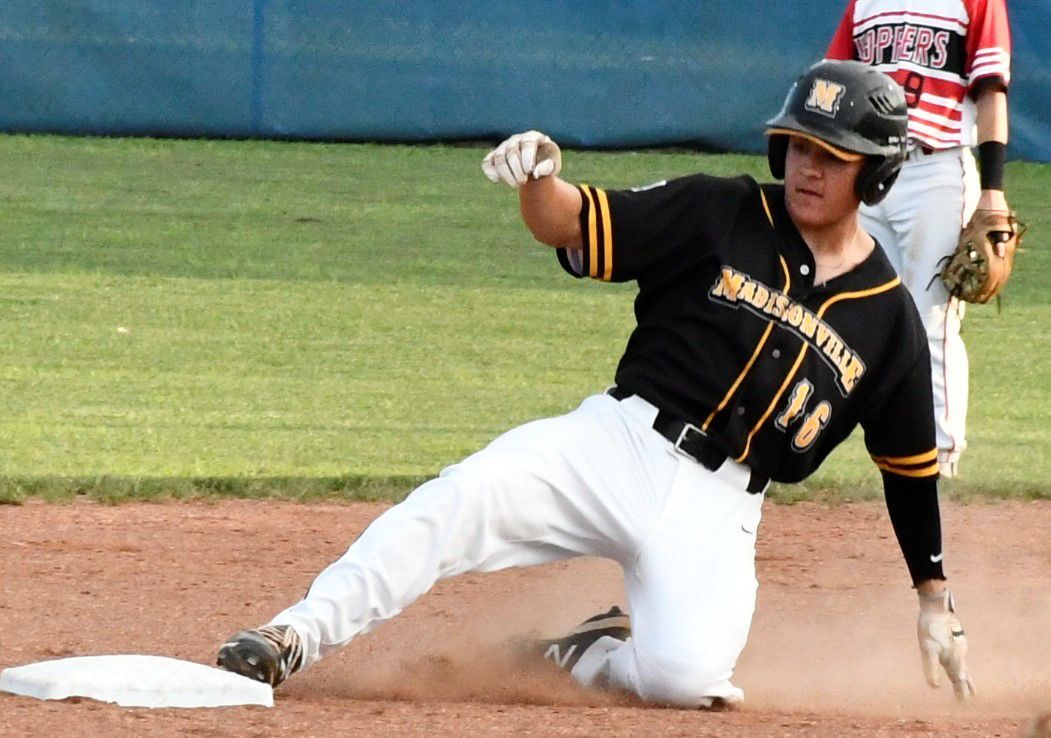 Brennon Williams records a hit during Madisonville’s game at Hopkinsville on Thursday night.

The Madisonville Miners dropped road games on Wednesday and Thursday — a 9-6 contest in Muhlenberg and a 13-6 setback in Hopkinsville. The two losses have the Miners at 9-23 for the season and in last place in the OVL North division.

The Miners held onto a 6-5 lead after four innings in Muhlenberg on Wednesday, but the Stallions rattled off four runs in the seventh to steal the win and handed Madisonville their third straight loss.

Jack Hall was the losing pitcher of record as starter Riley Harris got the no-decision.

Thursday in Hopkinsville, the Hoppers put up crooked numbers on the home side of the scoreboard in the second, third and seventh innings in the win.

Starter Ian Craigie was handed the loss as he gave up six earned on seven hits in four innings pitched.

The Miners had the lead early as Justin Ramirez hit an RBI groundout, but a three-run bottom of the second for Hoptown proved to be costly as the Hoppers lead it 3-1 after two innings.

The Miners cut the lead to one on a gapper by Brennon Williams in the third, but the Hoppers responded with two more runs in their half of the inning followed by a run in the fifth to make it 6-2 Hoptown.

Both teams scored a run in the sixth, but Madisonville closed the gap to two runs in the seventh on RBI’s by Brennen Hunt and Will Gibbs to make it a 7-5 ballgame.

The train got derailed in the home-half of the seventh as five straight walks following a double pushed across three runs for the Hoppers- allowing them to take a 10-5 lead with only one out. After a strikeout, the bases were cleared on a triple giving Hoptown a 13-5 lead and needing only two runs to end it early. A strikeout stranded the runner at third, but the damage was done and Madisonville had a huge hill to climb with only six outs to work with.

The Miners didn’t throw the towel in the eighth as Reed Latimer hustled his way around the bases and dove into home on a double by Josh Keating. Madisonville then loaded the bases and Justin Lauersdorf nearly sent them all home on a two-out flyball down the left field line, but it hit the fence a mere two feet foul. Lauersdorf eventually grounded out to end the inning.

The Miners will hope to bounce back at 6:30 p.m. tonight as the Full Count Rhythm make their first ever trip to Elmer Kelley Stadium.