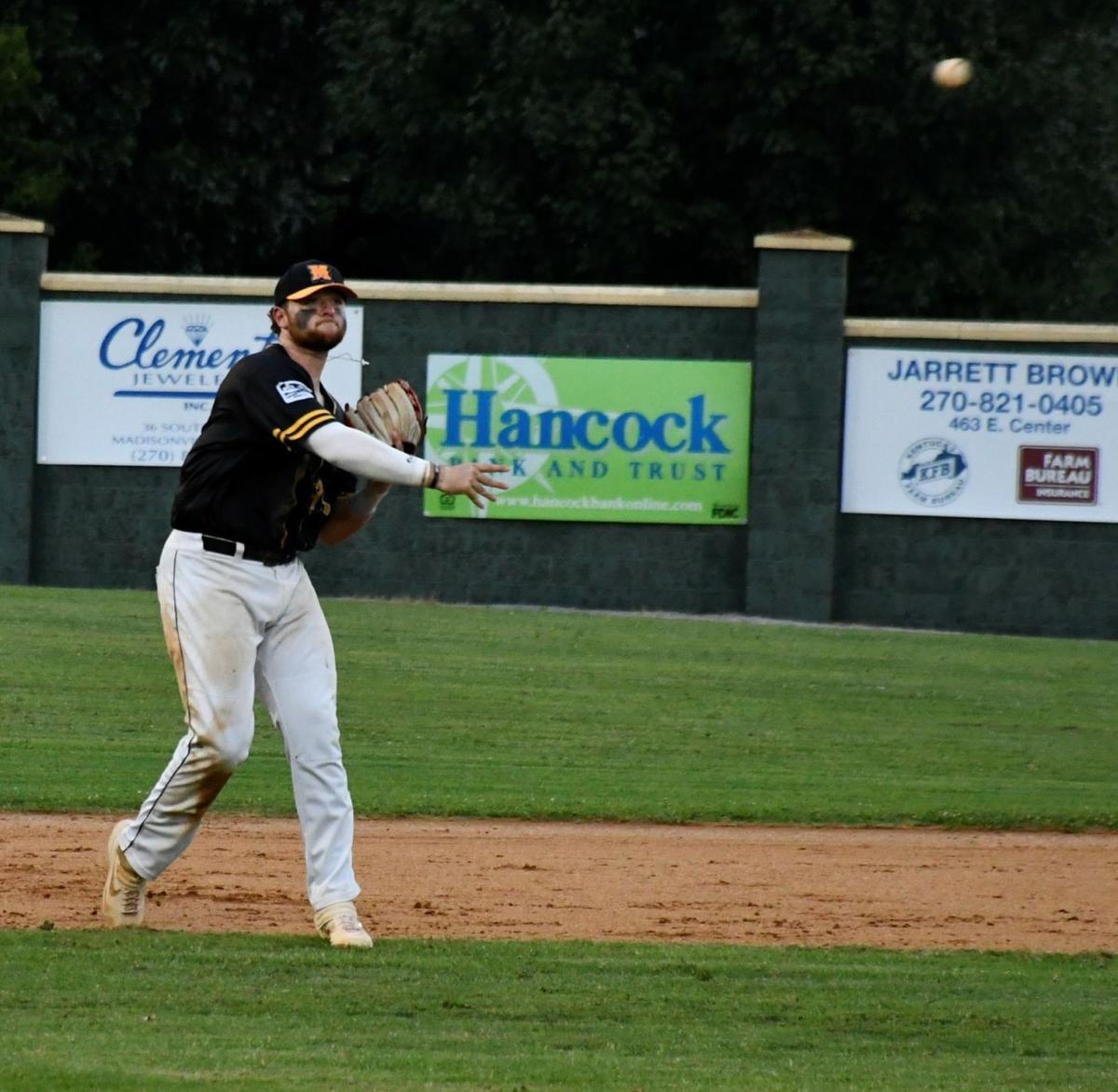 Josh Keating throws it to first during Tuesday's action. 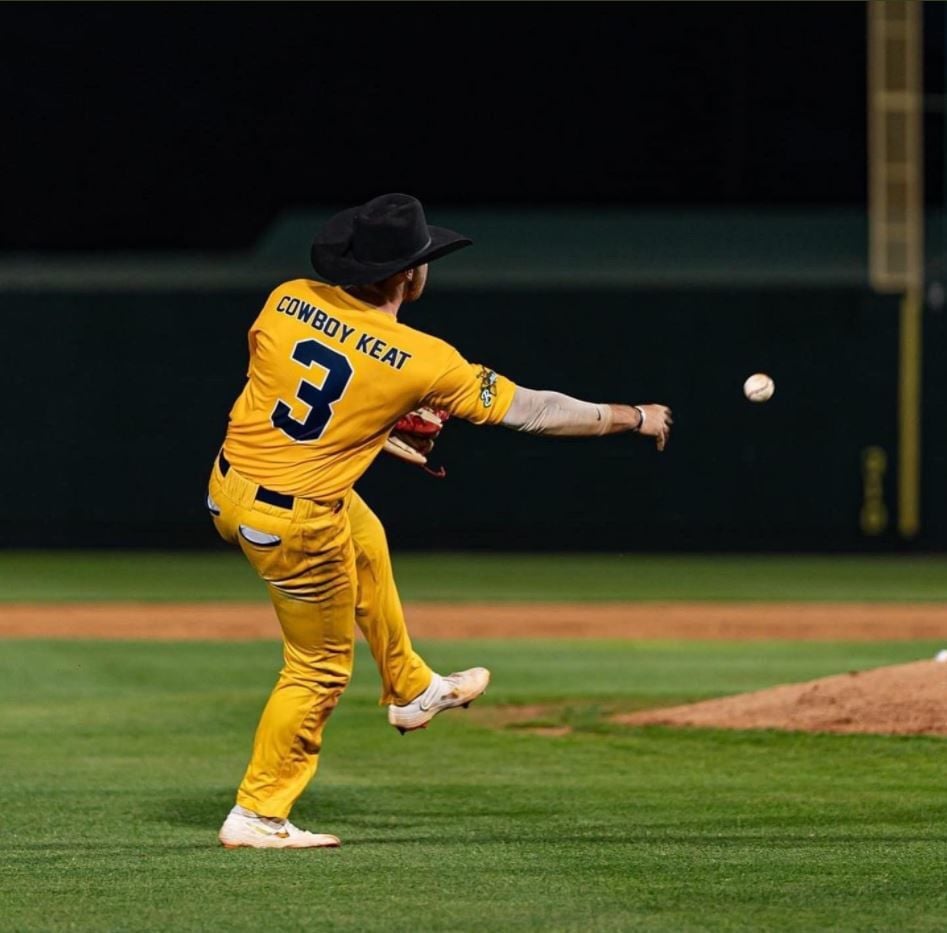 Josh “Cowboy Keat” Keating makes a throw from third while playing for the Savannah Bananas this past spring.

Josh Keating throws it to first during Tuesday's action.

Josh “Cowboy Keat” Keating makes a throw from third while playing for the Savannah Bananas this past spring.

Every ballplayer that has suited up for the Miners has their own unique story on how they got to this point in their careers.

Some are from Kentucky, others are far from home. But the thing that connects them all is America’s pastime — baseball. One of the newer faces on the Miners has possibly had the most unique baseball experiences of them all in Texan Josh Keating.

What makes Keating’s path to the Miners different from his teammates is while his fellow Miners were playing at their respective colleges, Keating’s 2021 season was canceled, but he was still able to get on the diamond.

“I was in a college in California, but our season got canceled,” Keating said. “Ever since I was junior in high school, I’ve always wanted to play with the Savannah Bananas summer team. I noticed on their website that they were having tryouts for a premier team in the spring. I thought it would be a fun experience and give me a chance to play during the down time that I had.”

Keating made the Bananas’ roster and was the youngest member of the team at 20-years-old. The squad was mostly compiled of released minor league or independent league players and former college baseball players.

The style of baseball that was played in Savannah was completely out of left field as all of the baseball traditions were thrown out the window. It was called “Banana Ball” and it had a host of new rules such as if a fan caught a foul ball in the stands, it’s still recorded as an out and all nine-players on the field had to touch the ball after ball four was called while the runner ran around the bases.

The rules weren’t the only aspect about the game that was altered as the Bananas and the team they played — the Party Animals — wore vibrant uniforms.

The Bananas played in kilts for a game and had a hitter stepping up to the plate in stilts. The series of games was dubbed the “One City World Tour” by the Bananas and were played in Savannah, Georgia. and Mobile, Alabama.

The controlled chaos has been featured in Baseball America, The Wall Street Journal and by internet sports content creator Jomboy Media.

“It was like if the Harlem Globetrotters played baseball,” Keating said. “I had a lot of fun there, and I definitely showed my worth out there playing with those older guys.”

Keating was a normal starter at third base and was given the nickname “Cowboy Keat” being from Texas and donning a cowboy hat while patrolling the hot corner.

After his stint in Savannah ended, Keating committed to Ranger College back in Texas, but he was still looking for somewhere to play during the summer.

“Right after I committed to Ranger, I was able to get to Madisonville because coach Josh (Merrill) actually played with the head coach at Ranger,” Keating said.

The third baseman traded in his cowboy hat for a Miners hat this past weekend and instantly made an impact in the lineup, going deep twice while driving in five runs against Fulton on Saturday. He recorded two hits and an RBI in Tuesday’s home game, also against Fulton.

“I like the team we’ve got here in Madisonville,” Keating said. “We’ve just got to keep those walks down on the pitching side of things. We’re pretty good offensively and defensively though.”

“It’s been great hanging out with Belch the past few days,” Keating said. “With the rainouts we’ve had this week, it’s given us a couple of off-days to go out and play 18 holes of golf a couple times, come back to the house and play video games all night.”

On top of being an avid golfer, Keating is also a fisherman and he hopes to get out on the water a few times before the season ends in Madisonville.

Keating and the Miners were in action at Muhlenberg County Wednesday and will be at Hoptown tonight. They’ll return home at 6:30 p.m. Friday to take on the Full Count Rhythm out of Tennessee.