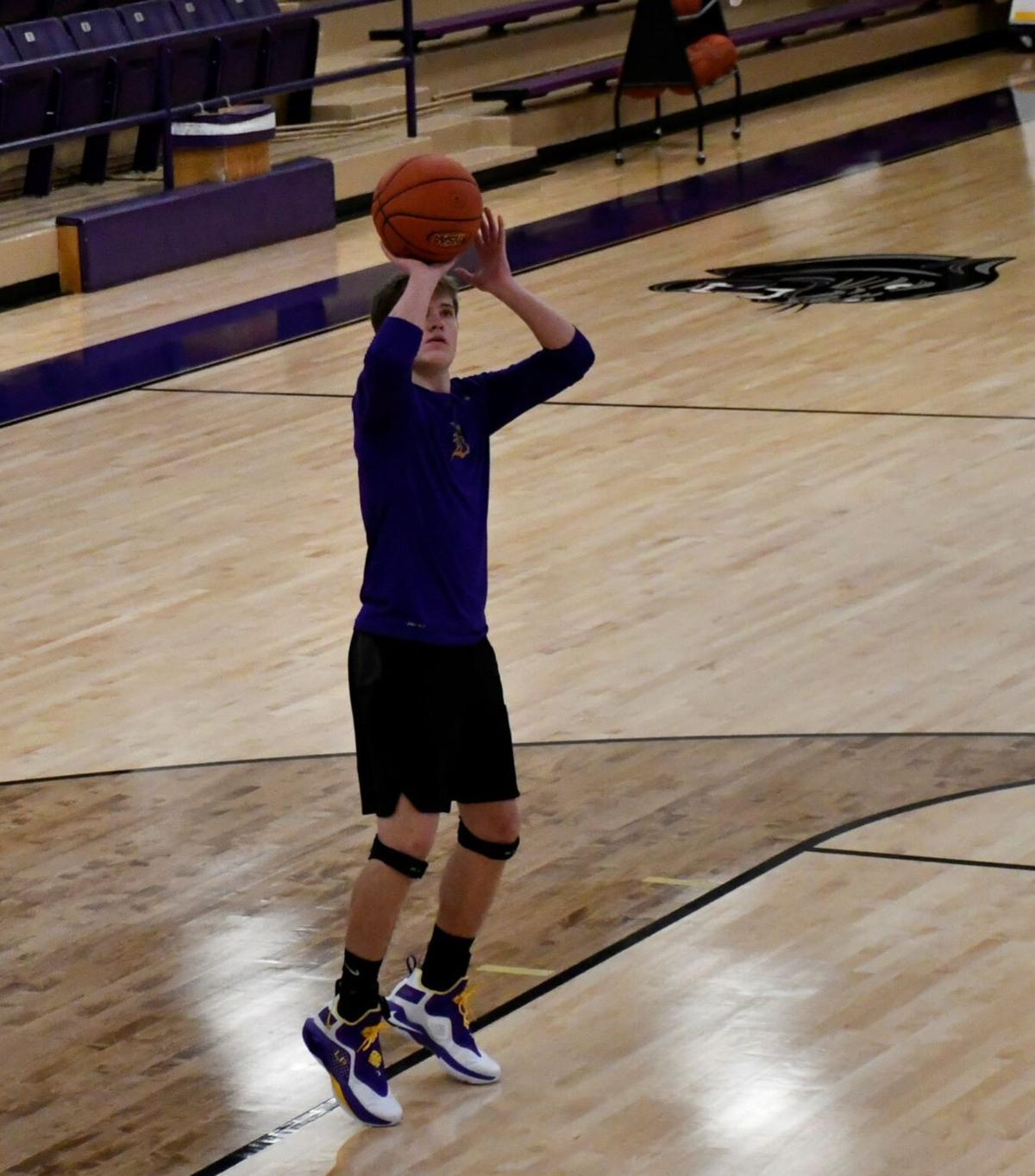 Landon Pace works on his short-range shot during Monday’s practice. 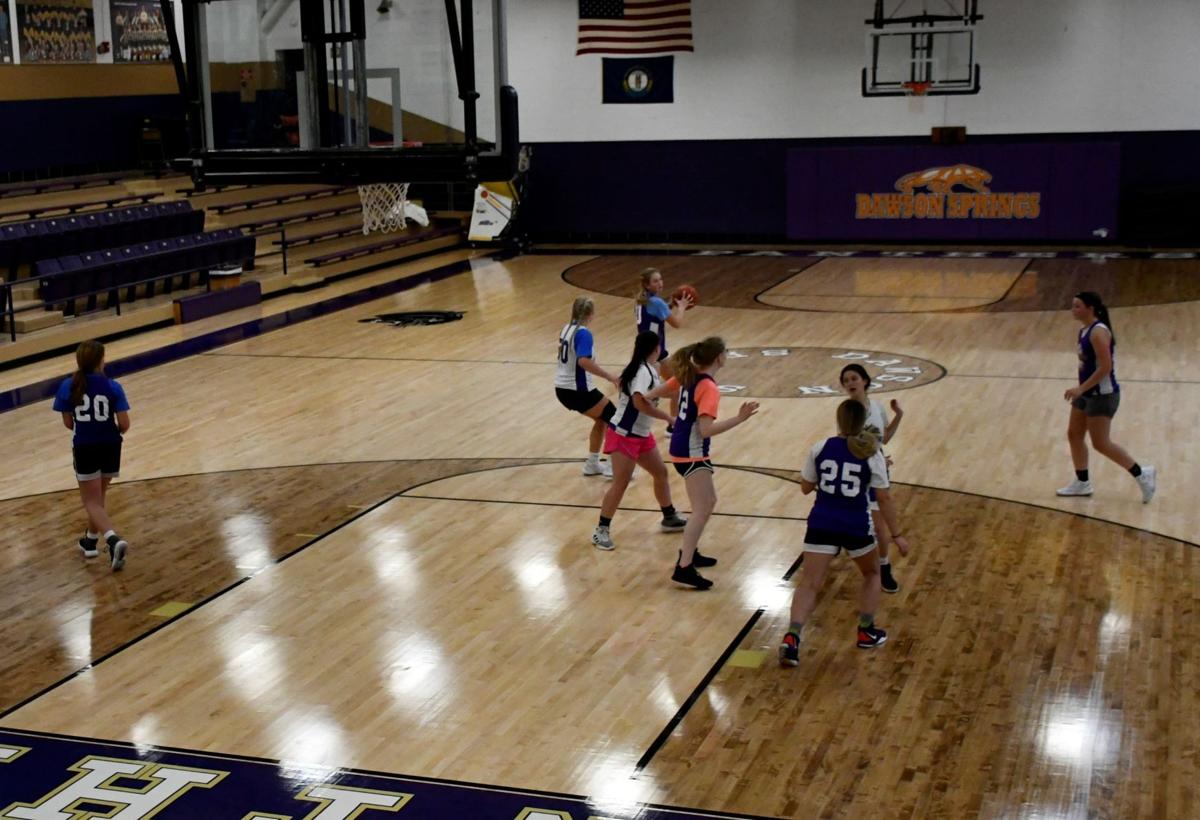 The Lady Panthers run a drill while Brylee Spurlin handles the ball at the top of the key on Monday.

Landon Pace works on his short-range shot during Monday’s practice.

The Lady Panthers run a drill while Brylee Spurlin handles the ball at the top of the key on Monday.

After the Kentucky High School Athletic Association deemed Monday as the official start of the 2020-21 basketball season, the teams at Dawson Springs wasted little time hitting the hardwood.

“Even though Madisonville North Hopkins and Hopkins County Central are awaiting decisions from their school board, Superintendent (Leonard) Whalen made the decision to go ahead and start practices for our teams,” Dawson Springs Athletic Director Rhonda Simpson said.

Prior to the basketball season getting pushed back, North and Central were able to practice in small groups of nine players, but they weren’t allowed to do any drills or scrimmages that involved contact.

As of Monday, the Dawson Springs teams were allowed to have a normal practice using full contact the players may encounter in game situations.

“We’re limiting practice to 90 minutes for each team,” Simpson said. “It’s a day-to-day situation since we’re still a red county, but our numbers are going down.”

Because of the on-going concerns of COVID-19 numbers — and out of caution for any spikes from the holidays — Dawson canceled all of their games the week of Jan. 4, the first official week of competition for basketball.

Both the Panthers and the Lady Panthers had three games scheduled respectively, including a district match up against Caldwell County for the girls. No make up date for these games have been announced yet.

When play starts, Simpson said they are expecting to have fans in the gym.

“We’ll be allowed to have 165 people in the gym,” Simpson said. “That includes athletes, officials, cheer leaders, etc. We’re looking at four adults per player, but it’s more likely going to be two per player.”

Regardless what happens in the coming weeks, the kids are just happy to get back on the floor with their teammates.

“We’ve been missing being in the gym and playing,” senior Landon Pace said. “It’s great to be back again. The whole off-and-on was just difficult on us. We had some of the younger kids struggling with grades and stuff so it’s just great to be playing basketball again.”

While everything was on hold for Dawson, the players tried to stay in shape and ready for the season.

“I played a lot of basketball in my driveway,” Lady Panthers junior Brylee Spurlin said. “I work at it every night just to stay ready for the season. We also have a group chat just to stay in contact with each other.”

According to their schedules on the KHSAA website, as of Monday with the games in the first week of the season taken out, the Lady Panthers will have their first game on Monday, Jan. 11 at Trigg County with a 6 p.m. start time while the Panthers will host Crittenden County at 7:30 p.m. on Tuesday, Jan. 12.