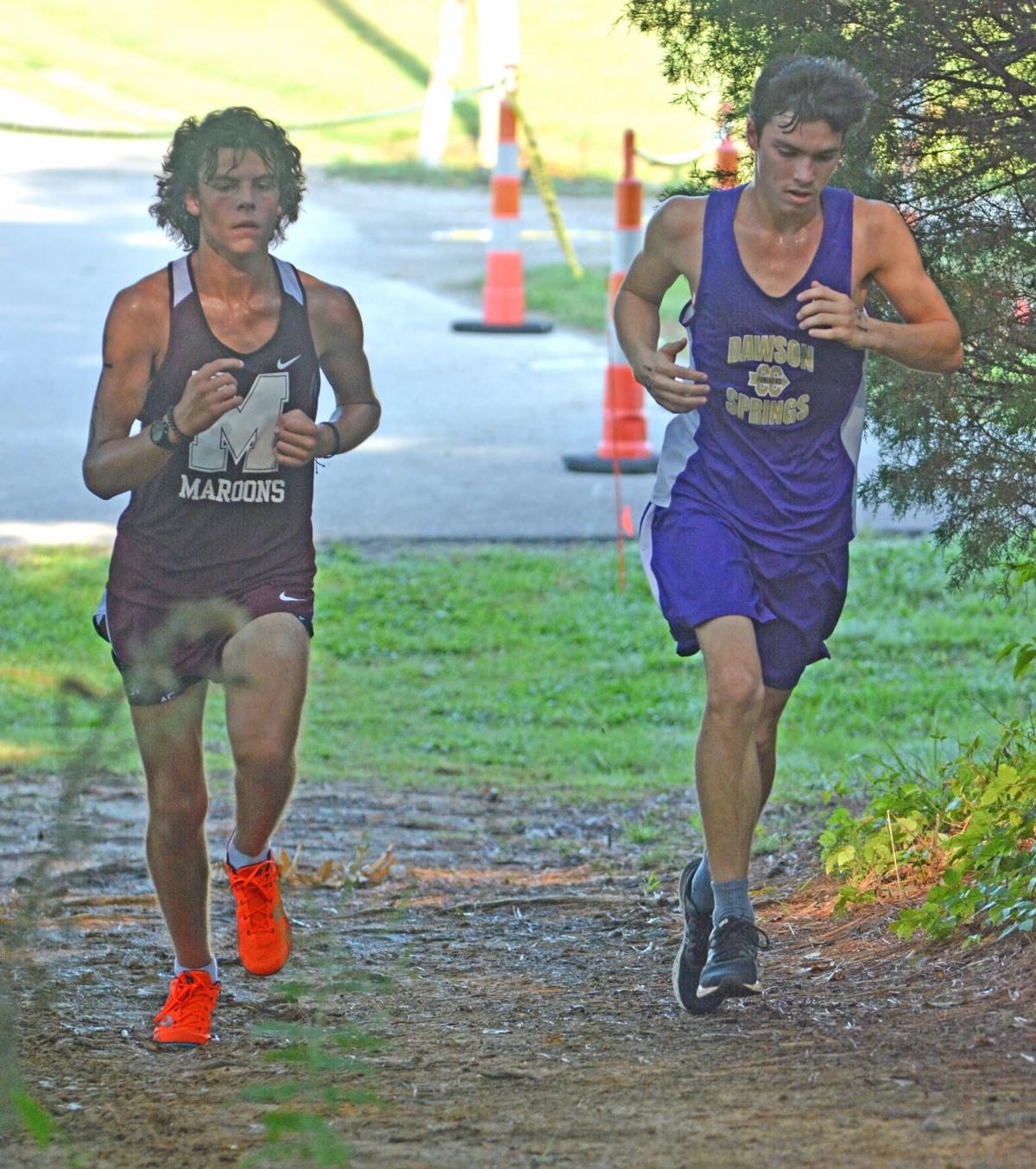 Above left: Tyler Hale passes Madisonville’s Maddox Knight in the cross country course at North. Above right: Skye Bratcher runs in the Madisonville Classic at Madisonville North Hopkins on Saturday. 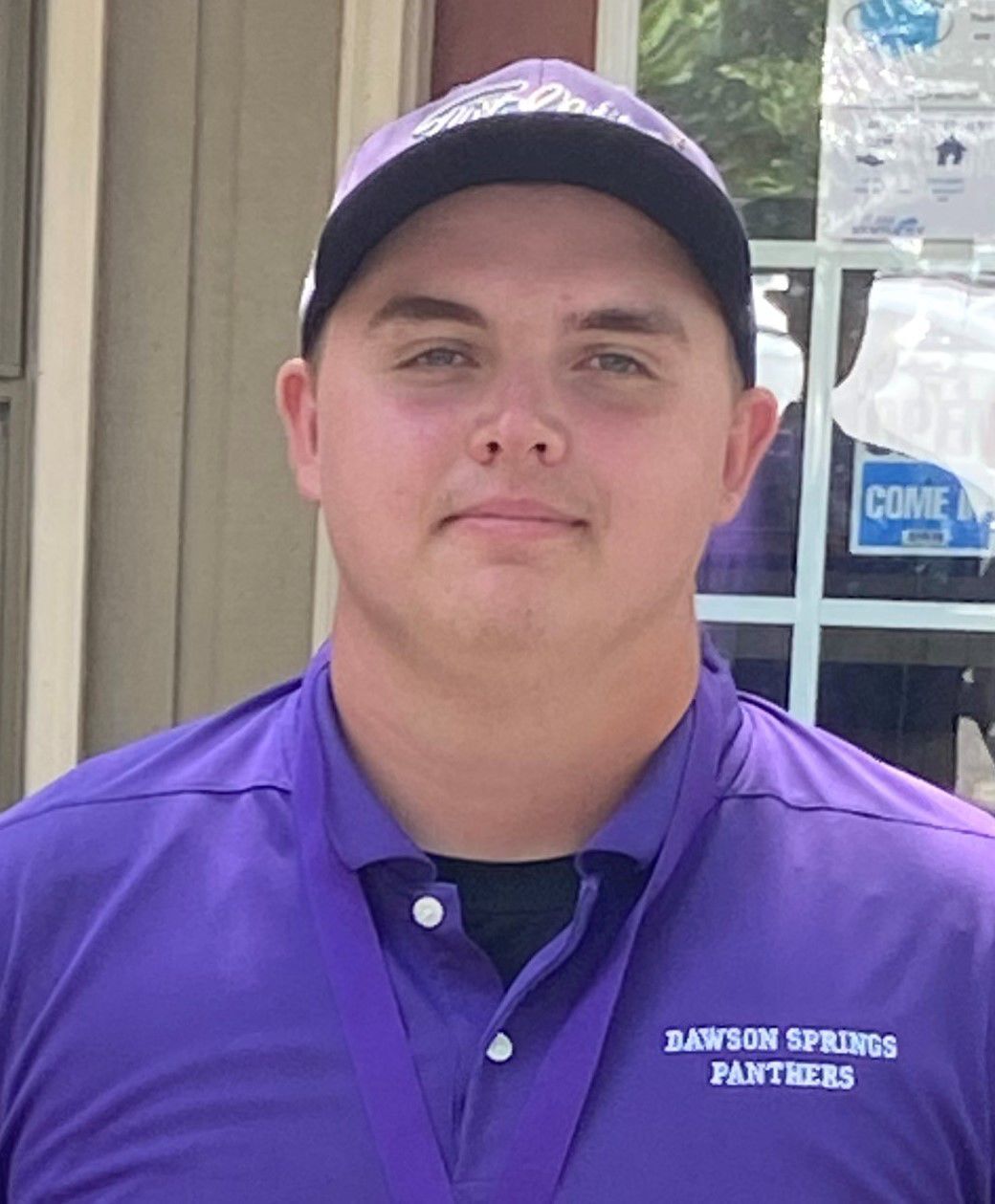 Dawson Springs sent their cross country runners to Madisonville North Hopkins last weekend where the guys had a fourth place finish as a team.

Tyler Hale ran his way into the top 10 individually with a ninth place finish clocking of 18:59.17.

Overall, Dawson Springs had an average time of 20:42.94 as Webster County took the top spot followed by Madisonville North Hopkins and Muhlenberg County.

Dawson’s next cross country meet is this Saturday at the Calloway County Invitational in Murray.

In boys golf action, Dawson defeated Hopkins County Central at Pennyrile State Park on Tuesday as they had a team total of 181 to Central’s 210.

Addison Whalen was the medalist carding a 35- edging out Central’s Ryan Crook by four strokes.

Behind Whalen, Grayson Brewer and Kolby Crook both shot 44 and Jaxon Miller was the last counted score for the Panthers with a 58.

Both teams will meet again today at Madisonville Country Club.