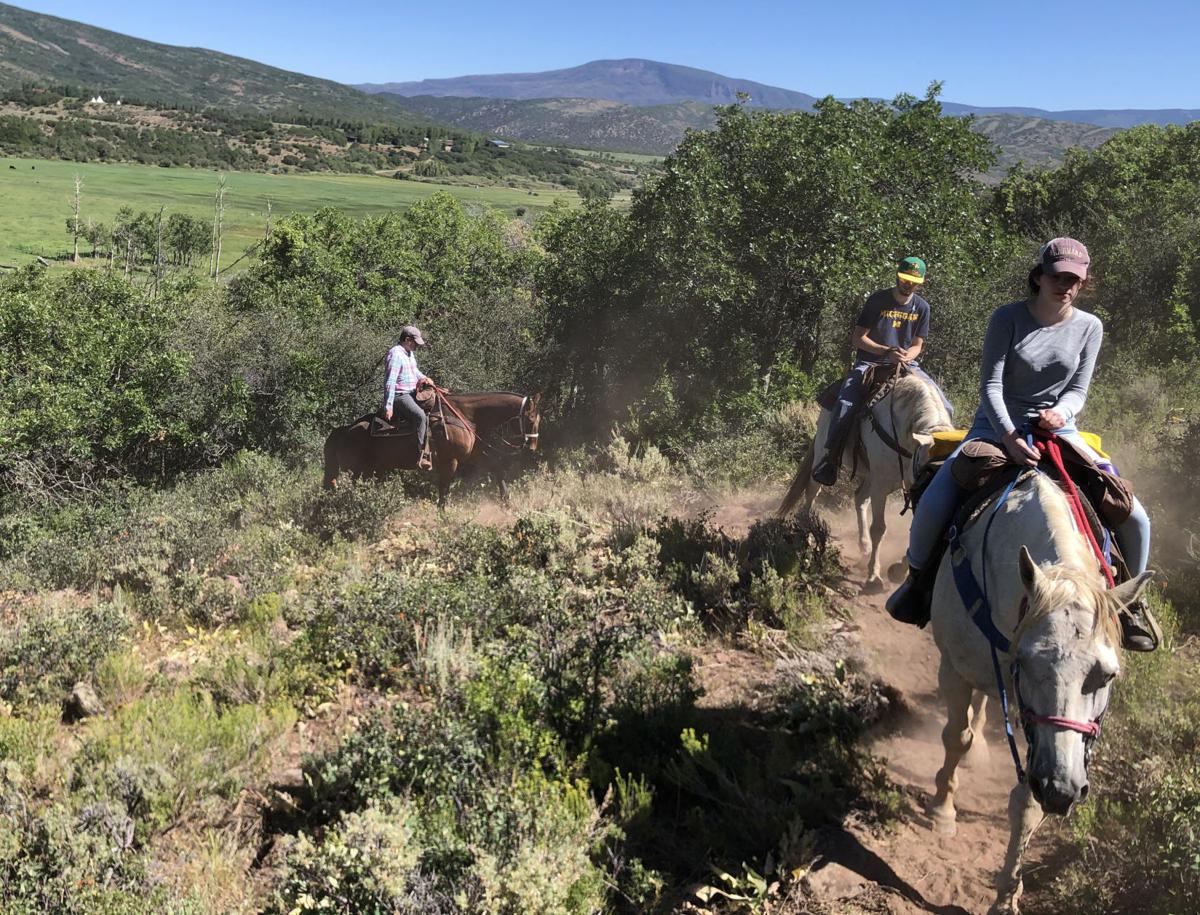 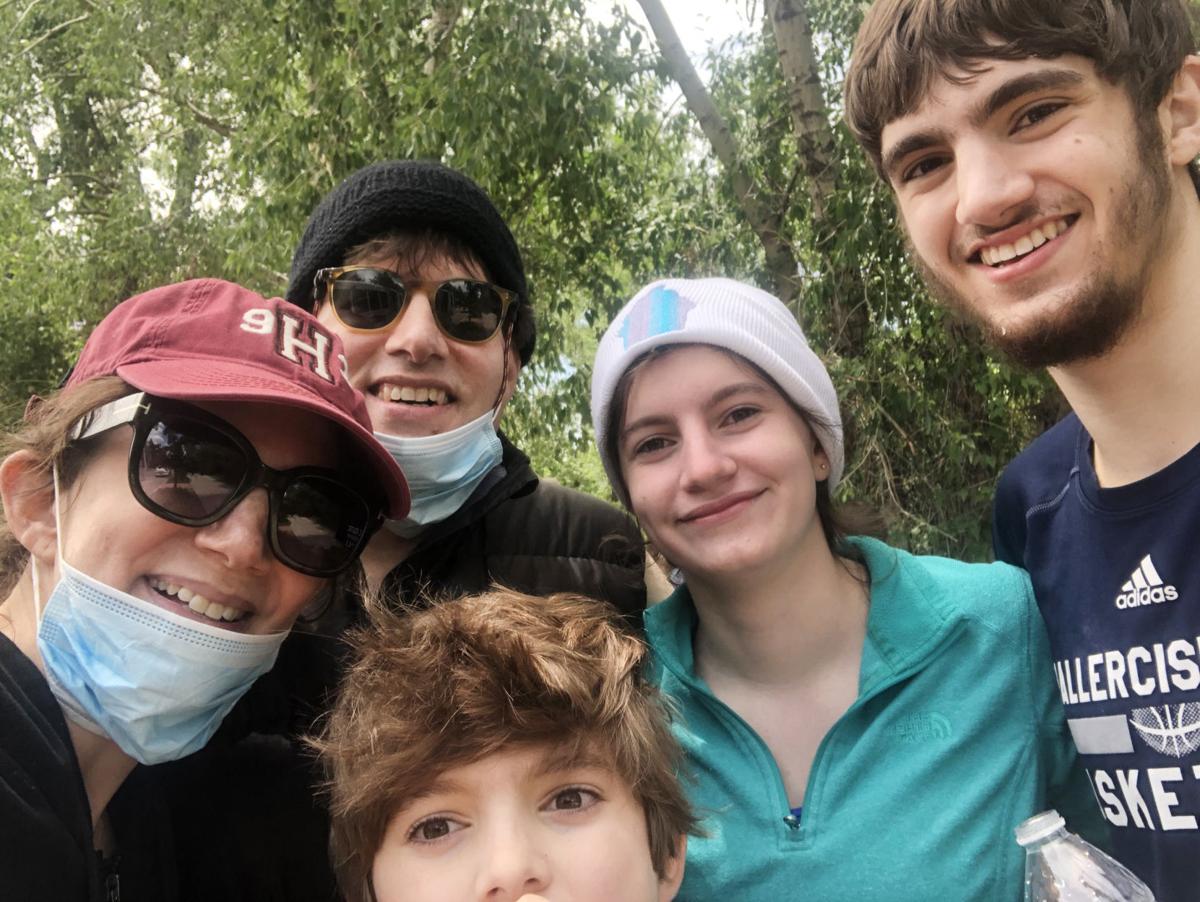 From left, author Johanna Berkman, her husband and fellow camp director, Manny Weintraub, and their three children in a post-rafting selfie. MUST CREDIT: Photo by Johanna Berkman for The Washington Post.

From left, author Johanna Berkman, her husband and fellow camp director, Manny Weintraub, and their three children in a post-rafting selfie. MUST CREDIT: Photo by Johanna Berkman for The Washington Post.

Like all children who found out their camps would be closed this summer because of the novel coronavirus, mine were deeply disappointed. Not only was it going to be their Adirondack camp’s 100th anniversary, a prospect that had thrilled our 9-year-old, but it was also going to be our 13-year-old’s final summer — her “super” year.

What’s more, my husband and I were deeply disappointed, too. After months of being cooped up together in our city apartment with our three kids (including our 17-year-old) all glued to the computers for online learning, we knew we needed to get them outdoors and active more than ever.

And so, after considering various local East Coast vacation spots, we decided to really make a break for it — a break that only my husband’s current work-from-home situation would allow. We decided to head west for a month and create a camp of our own, along the way learning several important lessons for future family travel.

While there were, of course, no teary goodbyes at the camp bus, two of my children did vomit upon landing in Colorado because of the altitude. This was more than enough drama in covid-19 times — cue the Purell! Quick, change the mask! But we all felt so grateful to be out in the fresh mountain air that the very next morning, after settling into our rental condo in Aspen, we decided to walk into town to connect to the Hunter Creek Trail and head up Smuggler Mountain. It was on this very first outing that I realized that to make family camp work, I needed to sometimes defer to my kids.

I was making lunch for the trail, for example, until my 13-year-old scolded, “Nobody takes smoked-salmon sandwiches hiking!” and quickly began preparing the standard fare for her camp hikes: peanut butter and jelly. She nixed my trail snacks, too — “You’re supposed to bring snacks with protein!” — replacing my half-eaten bag of SkinnyPop and a package of chocolate Keebler cookies with cheese, crackers and apples.

Out on the trail as the counselor stand-in, I went up front to lead, but the kids revolted. “The slowest person goes in front!” they shouted, forcing me to trade places with my husband. “The leader leads from the rear.” Later, after several miles in and with my husband having returned to the condo for a conference call, I stopped for water, which also led to rebuke. “You can’t sit down when you take a water break,” my 9-year-old told me. “You lose 90% of your energy by sitting.”

But soon, dazzled by the fields of tall grasses and the increasingly beautiful mountain views as we gained elevation, my children violated one of their own camp rules and all ran ahead together, leaving me in the (quite literal) dust, proud but exhausted.

Emphasis on the exhausted.

After that initial seven-mile hike, I decided that if my husband and I were going to survive Family Camp with our sanity intact, it was time to routinize. Our children needed more structure, and we needed professional help. The answer, we realized, was to plan some excursions with local outfitters and include lots of downtime.

Every other day, we scheduled a big organized activity, occasionally using some of the money we had saved in camp fees for professional gear and guides. On the days we didn’t have planned activities, my husband and I would work, while our kids . . . well, basically did whatever they wanted. Read. Slept. Or yes, entertained themselves on those dreaded screens that, now that they were hardly using them, felt a bit like our salvation.

One morning we went on a Class 3 white-water rafting trip down the Roaring Fork River with a kind guide named Brad, who worked as a teacher at the local elementary school. (We all wore masks on the van to the river but were allowed to remove them once we got outside.) During the long stretches of calm, Brad pointed out hummingbirds and egrets, and during the wildness of the white water, he called out which way to steer. A few mornings later, we went paddleboarding through the North Star Nature Preserve, the experience so quiet and peaceful that it was like a meditation. We spotted dozens of trout through the shallow water, and as the current gently pushed us along, enjoyed nothing but the sound of stillness, our paddles and the occasional peals of laughter (and sometimes shock) as our younger kids, who were sharing a board, fell into the snowmelt water that was just about literally freezing. Afterward, we were all so blissed out that we — OK, really just me and my husband — took a nap.

Every summer our children look forward to horseback riding at camp, and so one day we drove out to the valley of Old Snowmass, where Snowmass Creek Outfitters leases 100 acres from St. Benedict’s Monastery, which has been there since 1956. Riding through the open fields and then up into the hills, surrounded by the majesty of Mount Sopris and the Elk Range, was a near-religious experience. Or as near to one as I could get while worrying about the battle for dominance between our youngest and his horse, Blue, who was continually gorging on grass and flowers. Out on the trail, we learned that our guide, Sophia, had been working as a sommelier until she lost her job at a local restaurant because of covid. But now that she was working at the ranch full time, she said she had no interest in going back. Given the magnificence of her new surroundings, it was easy to understand why.

One night, through an outfit called Blazing Adventures, we took a jeep tour up Snowmass Mountain, which is 14,000 feet high. We had a socially distanced barbecue dinner outside with entertainment provided by “Cowboy Steve,” a guitar player with a very long white Methuselahn beard, who wore full Western attire but turned out to be from Maine. Steve had learned to play guitar in ‘Nam, our jeep driver told us. But as it turned out, Steve said he had actually learned to play in the other ‘Nam — Panama.

Without our making any requests, Steve regaled us with some of the folk songs that are sung each morning at our children’s camp, including “Wagon Wheel,” “Take Me Home, Country Roads” and “Angel from Montgomery.” To my husband and me, this seemed like kismet. My husband joined in with Steve on an extra guitar, while I danced, mortifying my children. Later we made s’mores around the campfire, and on the way home passed hundreds of elk walking through a field alongside the road, a magical experience none of us would have had were it not for the closure of camp. “Why do we even send them away?” I asked my husband, and in that moment even he, an erstwhile die-hard summer camper and counselor, had no answer.

That night I asked my younger children a version of this same question at bedtime. And here is my final, bittersweet, tip: Never ask your kids if they prefer their camp to family camp. Because without any hesitation, mine both picked camp. My daughter said she missed her friends; my youngest, his independence.

It was then I realized that while we could give our children outdoor adventures and experiences, we had been sending them to camp for all the things that we couldn’t give them — the freedom to form relationships, make choices and meet challenges on their own. Sure, family camp could be a blast, but it could never quite be the personal growth experience that is camp.

Next summer, we hope that covid-19 will be a distant memory and that our children will once again be ensconced in their camp in the Adirondacks, which has already invited back our daughter and all those who have missed their “super” year. Still, my husband and I know just where we want to be — all alone together back out West, on another outdoor adventure.