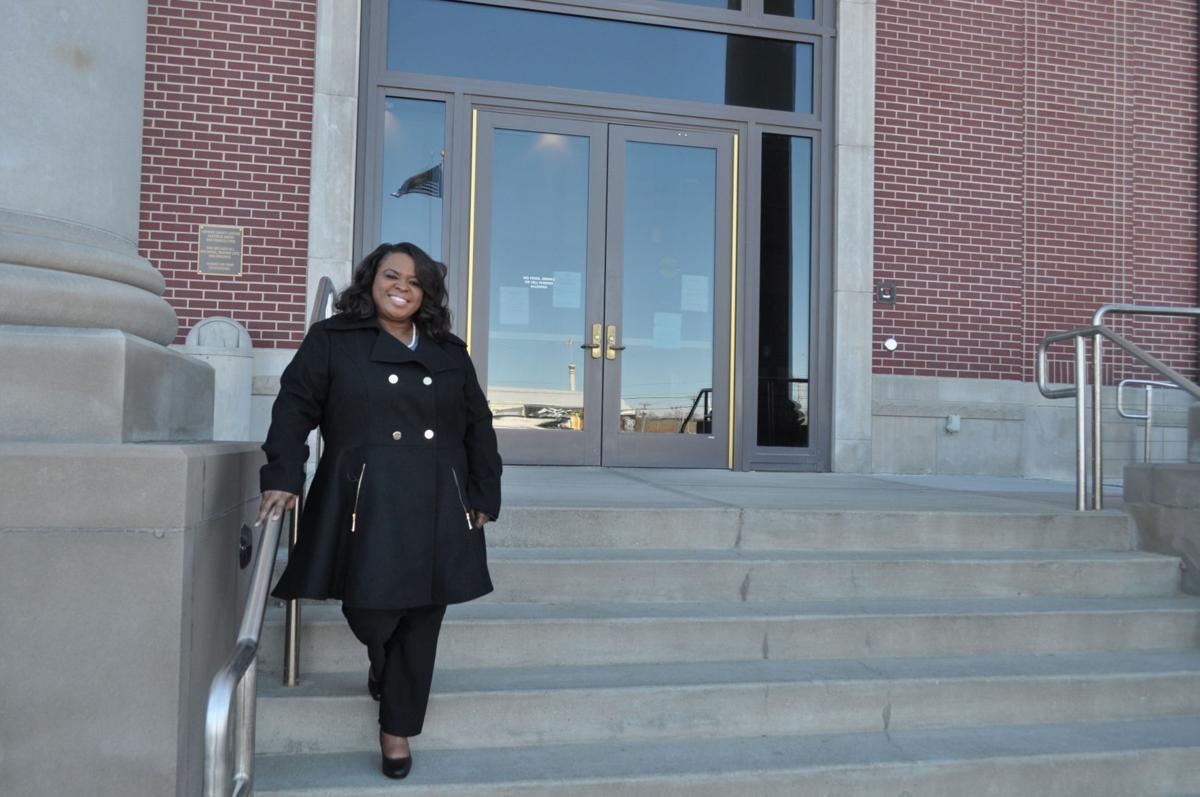 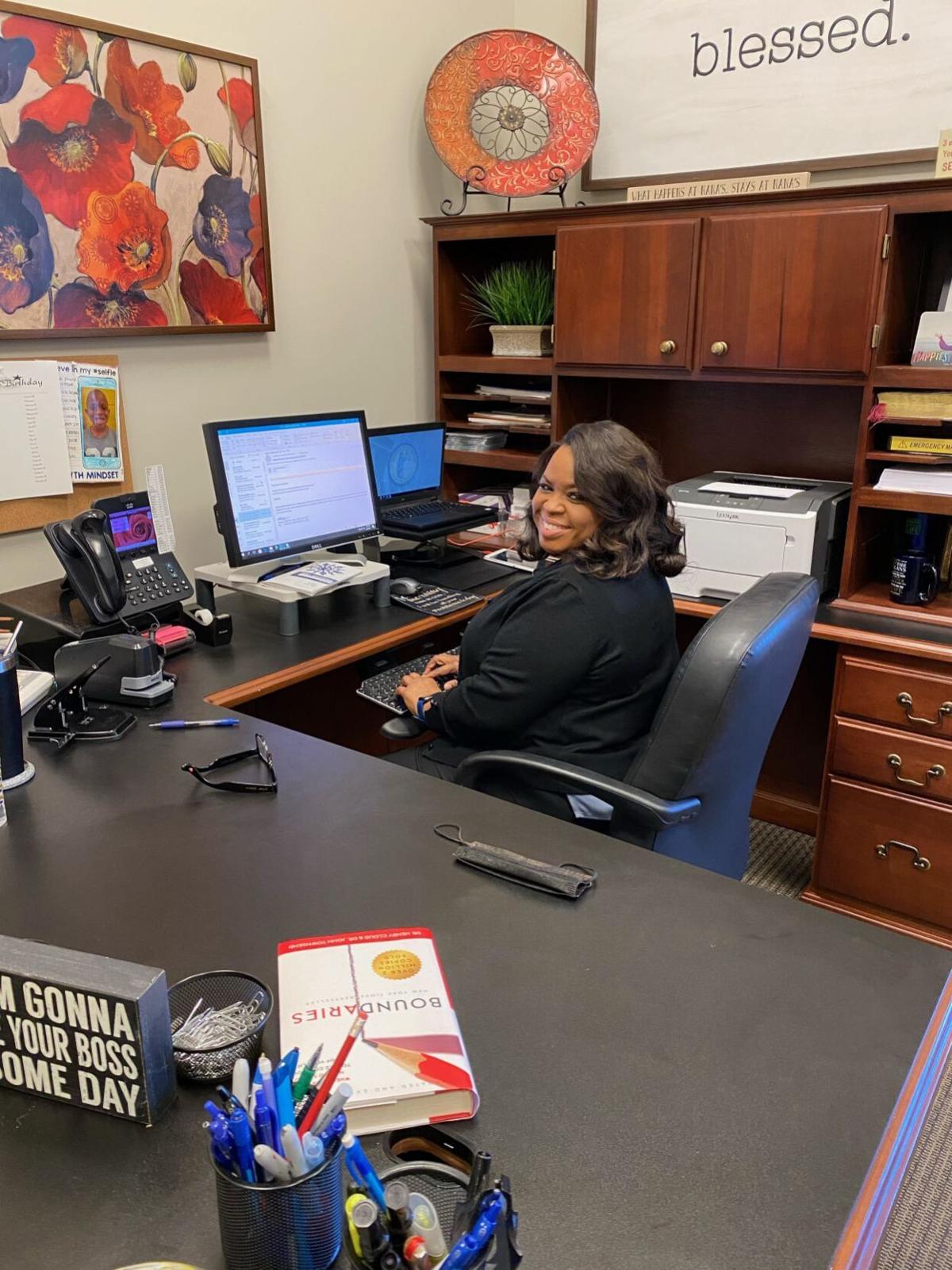 The swearing in of Vice President Kamala Harris on Wednesday, Jan. 20 was a moment of firsts for the nation and personally tugged on the heartstrings of one local elected official.

Hopkins County Circuit Court Clerk Tanya Bowman, who was the first black person to hold a countywide office in the county, described the inauguration of Harris and President Joe Biden as “moving.”

“Watching Vice President Kamala Harris being sworn in was a historic moment full of emotions for me,” Bowman said. “No matter what side you were on, witnessing not only the first African-American, but the first female taking the oath of office as Vice President of the United States of America, was captivating. It sent a message of hope to women of all colors and nationalities that just because it has never been done before, doesn’t mean that you can’t be the first.”

Witnessing Harris shattering glass ceilings made Bowman remember when she did the same in 2019.

“When I decided to run for circuit clerk a few years ago, I knew there had never been an African-American in the position,” said Bowman. “I was advised by many well-meaning people that it would be an uphill battle.”

Bowman said she was told that she would encounter racism on her political journey.

“Needless to say, I was proud and elated when I realized election night that I had won,” Bowman said, adding that from the beginning, she asked God to help her remain humble and true to who she was.

In the state, Bowman was the second African-American Circuit Court Clerk but the first to be elected, she said.

“Martha Miller, who is also African-American, was appointed to fill the vacancy of the circuit clerk in Clark County in February 2018,” Bowman said. “That was three months before I won my election.”

Bowman said being the first elected African-American circuit court clerk in Kentucky was “a great honor.”

“This reflects the awesome community that is Hopkins County and is a mark of the many strides we have made,” she said.

Looking forward to the new administration, Bowman said the nation may be wounded but not destroyed.

“What we need as a nation and as individuals is hope,” she said. “It is my hope that this administration will first seek to bring unity where there has been so much division in our nation. On a personal level,it has been heartbreaking and excruciating witnessing the violence and unraveling of our country over the past year due to racial tensions and political divide.”

Bowman said divide makes her fear for the younger members of her family.

“It makes me fear for my children and grandchildren when the future of our country is uncertain,” she said. “I want them to understand. I have sat down with my grandchildren and tried to explain some of what is going on. More than anything, I want them to understand that the actions of certain groups is not the American way, and it’s not who we are or what we stand for.”

Bowman said she hopes all women of color and children of color never lose hope and never stop dreaming.

“I would tell them to be proud of who they are. I would tell them that life owes you nothing, but you owe yourself everything,” she said. “As an African-American woman, I am a double minority. I could not — and they cannot — allow that to become a stumbling block in their lives.”

Bowman said she recently watched a documentary about Harris.

“Like many of us, she was not born with a silver spoon in her mouth. She faced many challenges throughout her life and career,” Bowman said. “However, she did not allow those obstacles to stop her from reaching for the stars and achieving her goals. I was raised by a single mother and faced many challenges in my life. To be honest and transparent, I struggled with an identity crisis for years and wasn’t really motivated or inspired to pursue my dreams.”

Bowman said it wasn’t until she committed to her faith that she changed her way of thinking.

“It wasn’t until I gave my heart to the Lord at 26 years old, and started reading His word, that I truly began to know who I really was, in Him,” she said. “Jeremiah 29:11 assured me that God had good plans for my life. I am grateful to God, my Mom, pastors, family, friends and work family who encouraged me to reach for the stars and stood by me every step of the way. I can only hope that I have been, and will continue to be, a role model and a source of hope to others who face the same struggles.”