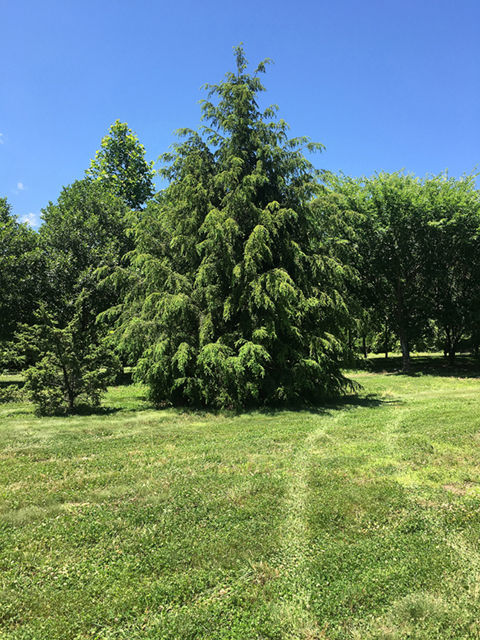 A new hemlock hybrid named Traveler, 20 years in the making, has been developed by the Agricultural Research Service to address the devasting effects of a pest named the hemlock woolly adelgid. 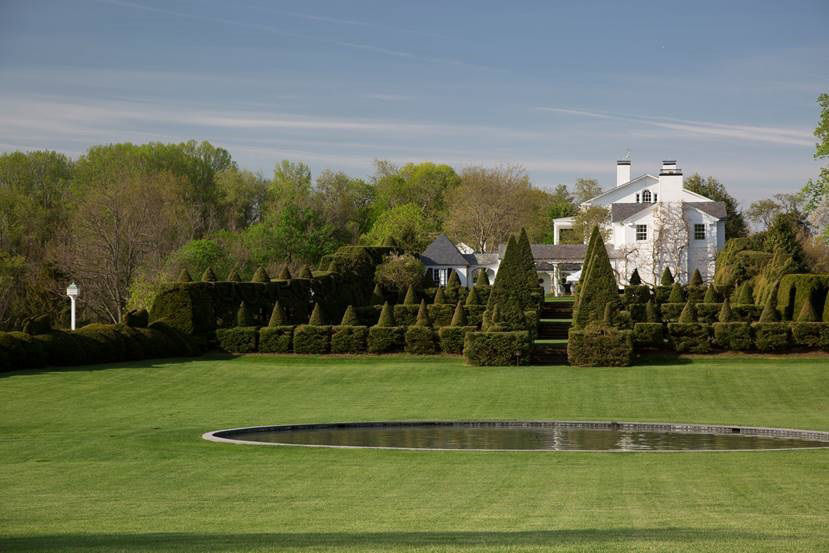 The imposing clipped hemlocks at Ladew Topiary Gardens in Monkton, Md., are kept alive through the use of an oil to smother the pest. The conifer will grow in shade as well as sun.

A new hemlock hybrid named Traveler, 20 years in the making, has been developed by the Agricultural Research Service to address the devasting effects of a pest named the hemlock woolly adelgid.

The imposing clipped hemlocks at Ladew Topiary Gardens in Monkton, Md., are kept alive through the use of an oil to smother the pest. The conifer will grow in shade as well as sun.

There are a number of broadleaf evergreens that provide structure and screening in the shady garden — hollies, camellias and boxwood all spring to mind. But there are very few evergreen conifers that fit the bill. Most crave sunlight.

There is one notable exception: the hemlock, which is an attractive, fine-textured native coniferous tree that grows large but without the dense, leaden qualities of, say, the Norway spruce or the southern magnolia.

Pioneering 19th-century landscape architect Andrew Jackson Downing called the hemlock “beyond all question, the most graceful tree grown in this country.”

In time, it will reach 40 feet or more — old specimens in the forest grow to 100 feet — though most garden hemlocks, in their first few years, function as large, feathery shrubs. Hemlocks will take shearing and appeared as a formal, clipped hedge. Perhaps the best known example of this architectural treatment is at Harvey Ladew’s joyful topiary garden in Monkton, Maryland. Folks don’t clip hedges as they used to; it requires the kind of landscape devotion that doesn’t seem in vogue anymore. But if hedge clipping returned with enthusiasm, it probably wouldn’t be with the hemlock.

For the past 25 years or so, hemlocks have been sorely afflicted by a little white fuzzy insect named the hemlock woolly adelgid. The adelgid (a-dell-jid) arrived from East Asia 70 years ago but took a few decades to spread widely. The pest feeds on the tree’s sugary sap but in a way that is particularly destructive. The tree overreacts to feeding by shutting off affected areas. With enough infestation, a tree goes into a death spiral.

In the home landscape, that has meant that existing hemlocks are kept going with applications of a systemic insecticide or through the use of horticultural oil to smother the insects. No one with any sense would plant a new one.

In the Appalachian forests, such intervention is not feasible, and the result has been the near total destruction of the two native species, the eastern hemlock (Tsuga canadensis) and the smaller, more southerly Carolina hemlock (T. caroliniana).

For those of us who love the hemlocks, there is a glimmer of hope.

After almost 20 years of work, breeders at the Agricultural Research Service in Beltsville, Maryland, have produced a cross between the Carolina hemlock and the Chinese hemlock that is tolerant of the pest. They have named it Traveler and hope to get the nursery trade interested in growing the tree so it can reach consumers in a few years. “It’s exciting; it’s long anticipated,” said Margaret Pooler, the project’s research leader.

Her colleague Susan Bentz, who did much of the hands-on breeding work, said Traveler will return an old friend to the shade garden. “It’s a very attractive tree, and it’s a recognized part of our landscape.”

The Traveler hybrid, from which all future clones will be made, has reached 30 feet high and 18 feet wide after 15 years. It was selected for its relatively slow growth, showy lime-green cones and pendulous branch tips; it resembles a deodar cedar in that regard. Other hybrids with different ornamental traits are in the works, but just getting this far has been unusually challenging as tree hybridization goes, Pooler said.

This is because repeated efforts to cross the Chinese species with the eastern hemlock were fruitless. And there aren’t that many Chinese hemlocks around. The mother tree to Traveler is a Chinese hemlock growing at the U.S. National Arboretum and sourced from a Pennsylvania conifer arboretum in 1959 from trees originally from China. The other parent of Traveler was an old Carolina hemlock — now dead — growing in the Chevy Chase estate of legendary plant explorer David Fairchild (1869-1954).

Another difficulty is that there was no easy way to tell whether the seedlings under trial were all hybrids of the two desired species because the way hemlocks are wind-pollinated. Their DNA had to be tested to make sure, Pooler said. “We had a lot of seedlings — thousands — but until we used molecular markers, we couldn’t tell if they were definitely hybrids. And then we had to make sure of the ultimate size and [growth] habit and adelgid resistance,” Pooler said. “That’s why it was such a long-term project.”

Traveler is not a solution to the problem of the loss of native populations. It is half Chinese, it is not as hardy as the eastern hemlock, and the hybrid clones lack the genetic diversity you would want in wild populations.

There are efforts by other plant scientists at the University of Rhode Island and elsewhere to revive the eastern hemlock, using cuttings from rare survivors in the wild with an innate resistance to the pest. A recent report of a four-year trial in seven states showed promising results for the resistant trees — only 4% died, compared with 52% of control specimens, said Evan Preisser, a co-author and professor in the university’s biological sciences department.

The findings provide “a strong argument,” the researchers wrote, for further research with a goal to reforesting areas with resistant trees. Preisser said Asian species of hemlock have evolved over 100,000 years to build up a resistance to the adelgid. For the beloved and devastated eastern hemlock, “we are trying to speed up that process,” he said.

Black spot attacks roses in humid climates, especially when the roses are grown in areas of poor air circulation. Remove yellowing leaves as they appear in spring to prevent the spread of the disease. Hopelessly susceptible varieties should be replaced with newer ones bred for black spot resistance.