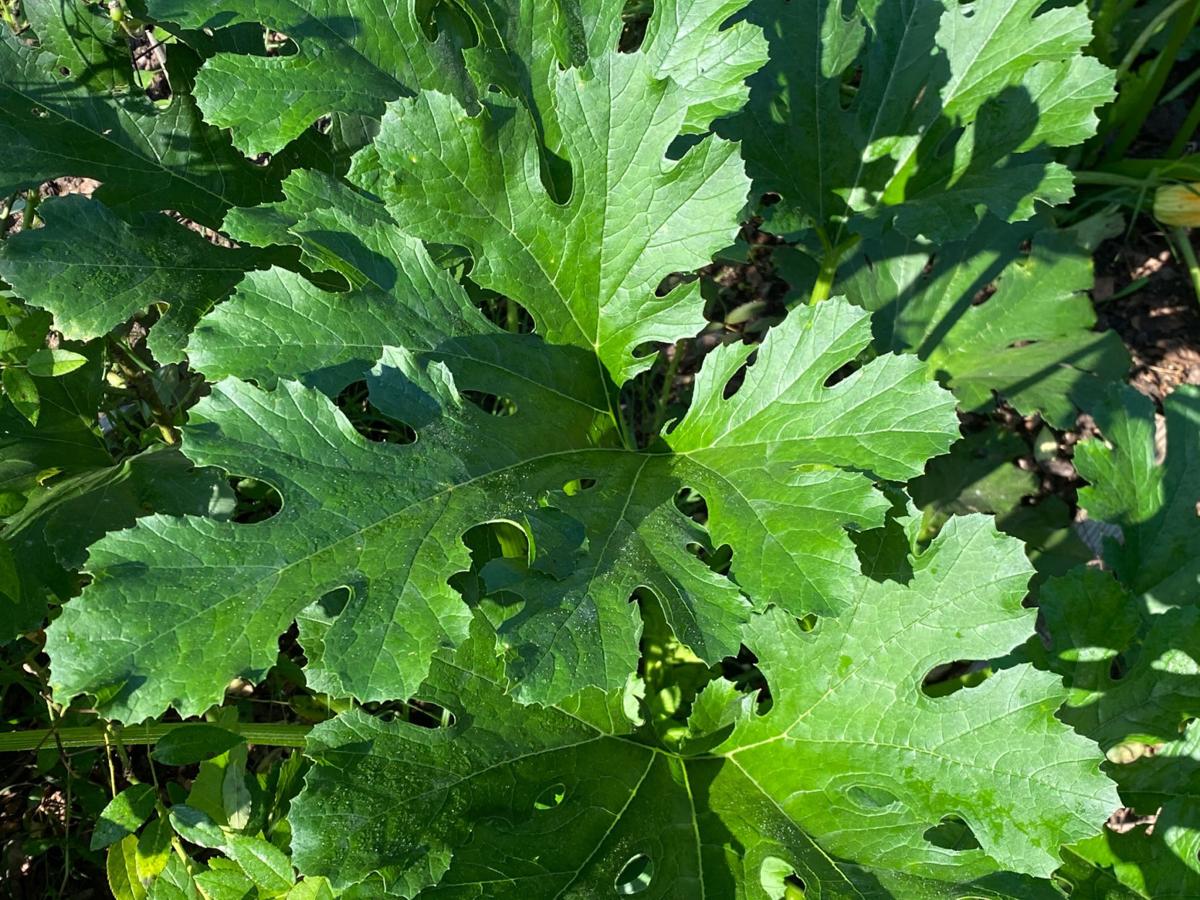 Zucchini in the author’s community garden on Aug. 10. Zucchini is the summer gift that keeps on giving, but the gardener’s thoughts turn to fall. 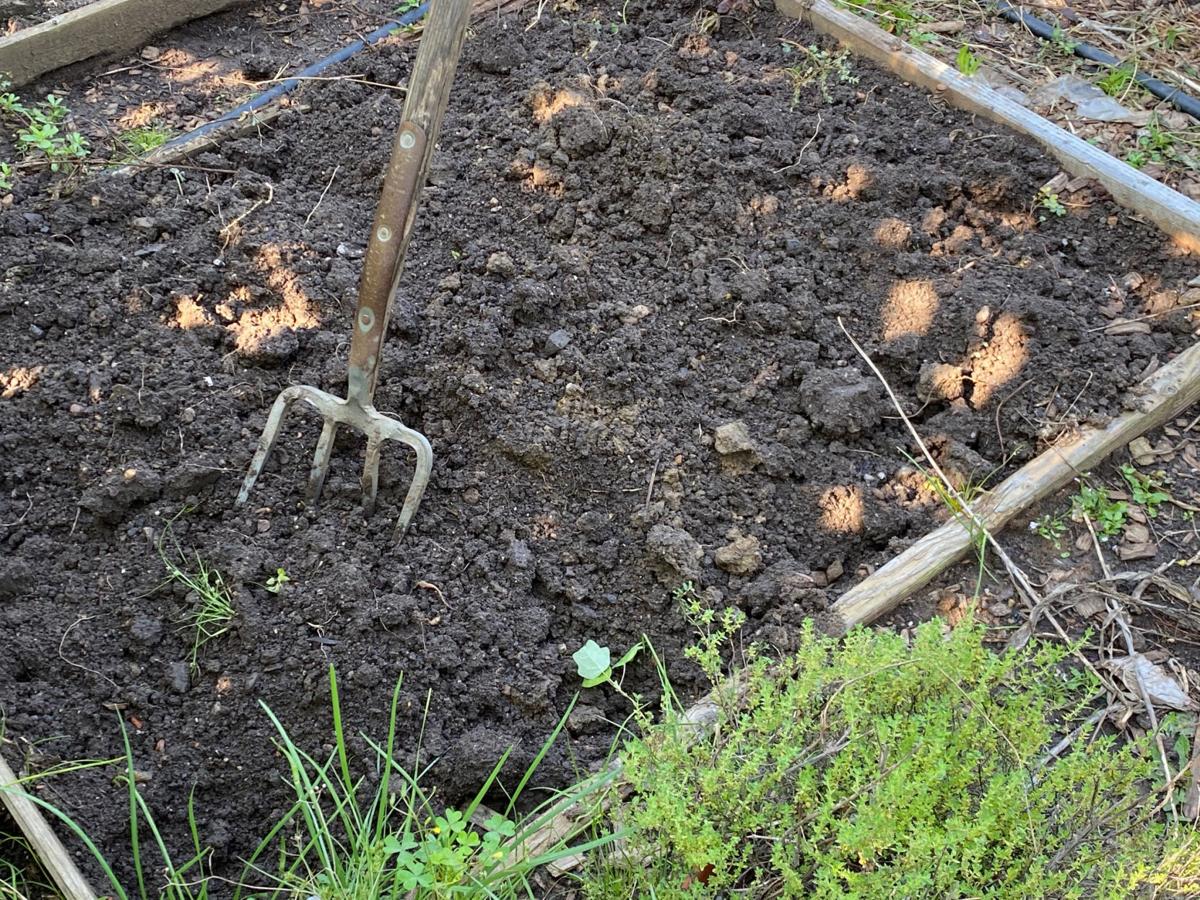 A bed is cleared for an August sowing of turnip and Swiss chard to take the garden into the cooler months ahead.

Zucchini in the author’s community garden on Aug. 10. Zucchini is the summer gift that keeps on giving, but the gardener’s thoughts turn to fall.

A bed is cleared for an August sowing of turnip and Swiss chard to take the garden into the cooler months ahead.

The other day, I had this rather tasty meal: a baked zucchini sliced lengthwise, with each half filled with a saucy mixture of sausage, tomatoes, onion and garlic. The plate included steaming boiled potatoes.

I don’t know if this was a meal fit for a king, but it was certainly one befitting the gardener. All the ingredients, save the pork, had come directly from the garden. It is that time of year, when months of disparate planting and cultivating converge for the summer feast. To the list of current grow-your-own fare, I might easily have added peppers, various beans, beets, chard, carrots, melons, corn and cucumber.

Growing edibles is both pleasurable and laborious. When you sit down to eat your work, there is a sense of satisfaction — not only the lofty feeling of empowerment but also the more practical reward of consuming food that is fresh and nutritious.

The potato was a variety named Kennebec, a white, midseason spud that is firm, buttery and waxy. You just don’t seem to find potatoes of this quality in the grocery store. When was the last time you saw fingerlings for sale or authentic young, new potatoes?

In a normal growing season, the August harvest would be simply the icing on life’s cake. In a time of pandemic, it is a practical way to both help fill the larder and ease, a little, the underlying anxiety of these times.

The veggie garden, last year a quaint domestic appendage, became overnight a survival bunker. It was a little scary to see back in early spring how the whole world was banging on the doors of seed companies.

In my large community garden, approximately 20 of the 150 plots become free each year. This year, there were just four.

No matter how intensely you cultivate things, a small city garden is not going to provide all the food you need, and crops come in waves, anyway. One day, I will have a large and well-organized fruit and vegetable garden that will furnish far more of my victuals.

For now, eating also means a weekly expedition to the grocery store. This used to be an hour’s enterprise after work. Now it is akin to a spacewalk, with all the attendant preparation and aftermath.

I discovered a family-owned grocery store that provided curbside pickup. This worked after a fashion, but the logistics were challenging and some of the items were inevitably not quite what I wanted.

I moved on to small supermarkets, and I try to go at quiet times. Even with all the precautions, there is nothing relaxed, cheap or fast about the expeditions. I am grateful that I have a place to shop and that food is available, but the supermarket ordeal merely reinforces for me the value of growing your own.

And although you cannot provide for all of your needs in a small urban community garden, you can produce a long and steady supply of supplemental veggies for most of the year. This is achieved by planting intensively and successively and having the resolve to take out things in decline and make room for something else. Why keep sprawling, diseased cucumber or tomato vines going now when you can crank up something fresh?

In Zone 7, where I garden, we are at what I consider to be the most important juncture of the year in the vegetable garden. This would be the start of the third growing season, which, with some luck and frost protection, should provide cool-season gems into January. Last winter was presaged by a frigid November but then was mild, too mild, but it offered a conveyor belt of greens and root vegetables, especially those grown under row covers.

I have dug all the potatoes, leaving the bed free for a medley of hardy greens, which this year will include kale, radicchio, mustard greens, arugula and fast-maturing Chinese cabbages. I have a bag of half-rotted leaves and another of composted cow manure to prime the soil first.

The tomato plants are on their way out, their beds prepped to receive beets — specifically golden beets, which seem to do better for me than red varieties and are more flavorful. The area where the kohlrabi and an earlier crop of beets grew is now a seed bed for chard and turnips.

Autumn is my main season for lettuce, particularly the romaine, butterhead and other heading varieties, both full-size and mini types. The seed is slow to sprout in areas where the summer soil gets inordinately warm; some folks start them indoors and plant them out as small transplants. I’m hoping the corn will be ready in a couple of weeks, freeing a lot of space for the lettuce seed.

The mid-August rip-out and replacement is the gardening equivalent of musical chairs, but it’s such a lovely tune.

In the weeks ahead, the seedling thinning, watering, weeding and insect patrol is a significant commitment, obviously, but if someone were to give me the choice of one hour behind a shopping cart or three hours in the vegetable garden, the response would be simple: “Only three?”

Hardy, quick-growing cover crops can be sown in late summer to keep weeds at bay in unplanted garden beds. Crimson clover, winter rye and vetch will grow through the winter in milder regions to provide a green manure for tilling under next spring.