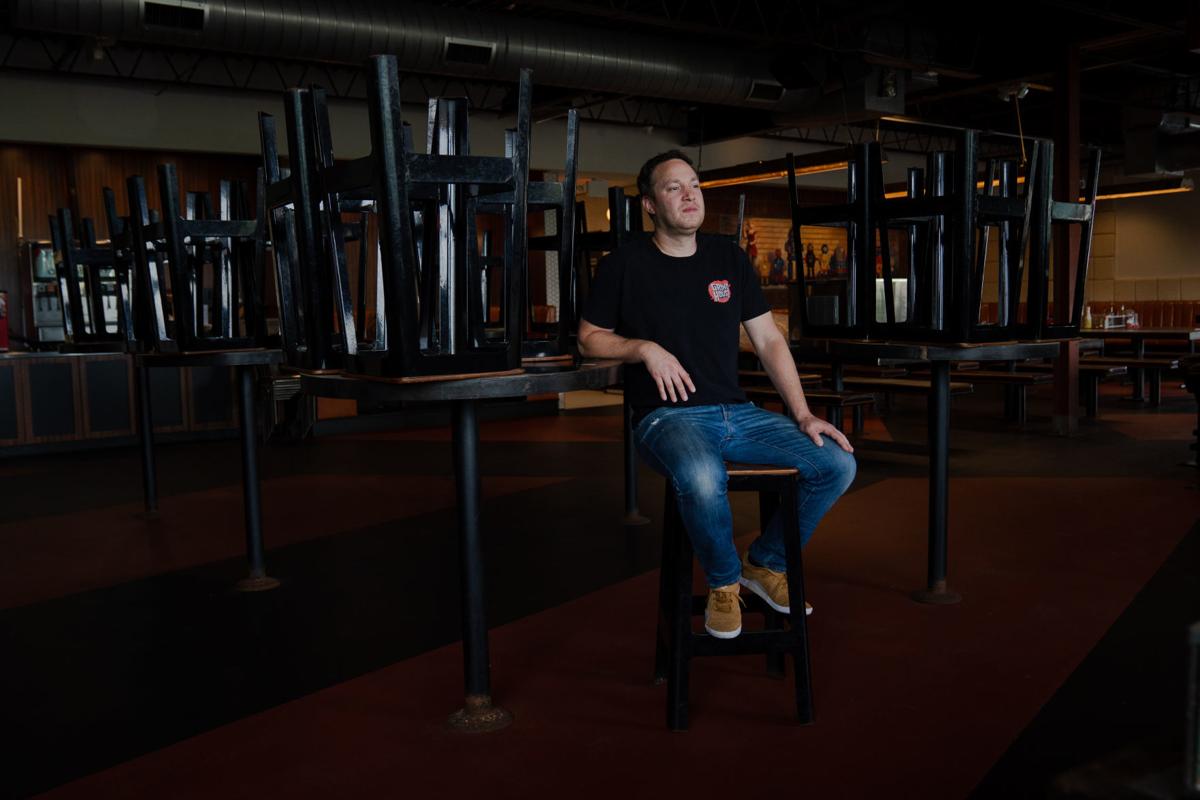 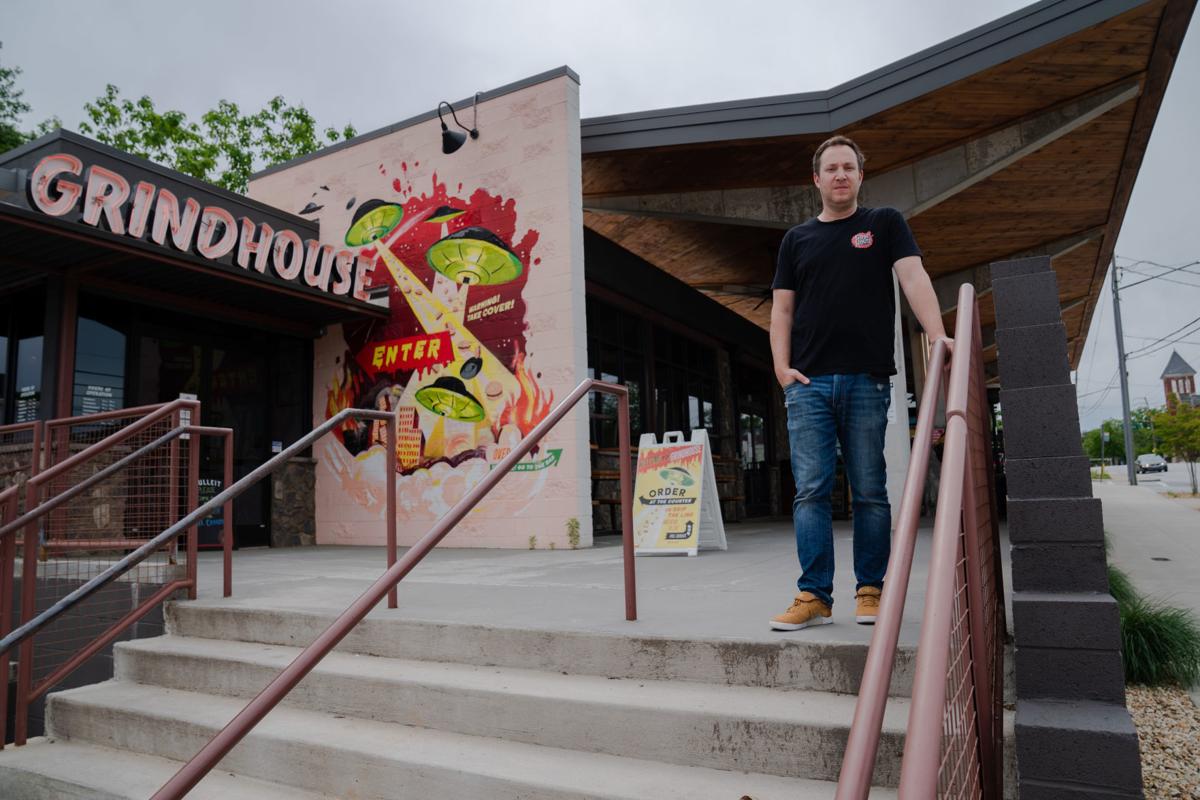 When Georgia Republican Gov. Brian Kemp made the surprise announcement this week that the state was reopening many of its businesses within days, questions filled the minds of restaurant owners across the state.

Hugh Acheson wondered how employees could safely take trains and buses to their jobs waiting tables and washing dishes.

Alex Brounstein considered supplies: With deliveries already reduced, could he even get enough food?

Mike Gallagher thought about trying to expand his staff beyond the core group operating takeout and delivery. He knew the team was taking safety seriously, but what about new hires?

Their worries were many, but all knew the answer to the looming question facing them. No matter how much they wanted to rehire laid-off and furloughed workers, greet customers and start pulling in money again, they weren’t ready to open their dining rooms, certain that they couldn’t yet ensure the safety of their staff and customers in the midst of the coronavirus pandemic.

The governor’s announcement took them all by surprise. Brounstein found out when his phone lit up with messages from friends wondering if he had seen the news, what he thought of it, what he would do. It didn’t even occur to Brounstein, who owns four locations of Grindhouse Killer Burgers in Atlanta and one in Athens, that his establishments would be among them.

At first he laughed, assuming the order would be overturned by the mayor of Atlanta, who had ordered the city’s eateries to close their dining rooms weeks before the Republican governor issued a statewide stay-at-home order, making Georgia one of the last states to shut many nonessential businesses as the coronavirus spread.

But when he found out that Kemp’s order superseded local mandates, he still didn’t entertain the thought of trying to get back to serving diners. “I knew we weren’t even close to being ready, so all I thought was, ‘I wonder which restaurants are going to open?’ ” he said.

Brounstein wasn’t the only restaurant owner who was caught off guard — or felt unready to start serving customers again.

Kemp said the establishments, along with gyms, bowling alleys, salons and others, would be allowed to open if they adhere to protocols meant to contain the virus, making his state one of the first in the country to lift measures curtailing public gatherings. But even though restaurant owners in the state say they are suffering financially and are eager to get their cash registers humming again, some say they won’t yet be throwing open their doors because they still fear for the safety of workers and customers.

“It felt premature for us,” said Gallagher, who owns Brick Store Pub and Leon’s Full Service in Decatur and Good Word Brewing in Duluth. “ Currently, the risks outweigh the rewards. We’re itching for the revenue, but the spirit with us is that we have one shot to do this right.”

In making the announcement on Monday, Kemp outlined in broad terms what the new operating protocols would look like. They include screening workers for illness, boosting sanitation, wearing masks and gloves, and separating workspaces by at least six feet. But those haven’t yet been released to the business owners who would have only days to implement them — and restaurants note their operations are particularly tricky, with small kitchens, many shared surfaces such as menus and table numbers, and multiple points of contact between staff and customers.

“By taking this measured action, we will get Georgians back to work safely without undermining the progress that we have all made in the battle against covid-19,” Kemp said. His announcement was met with criticism from many public health experts who say it is too soon to lift restrictions as the number of cases mount. Georgia ranks 42nd in testing per capita, per the Covid Tracking Project.

Some restaurateurs say even if they did reopen, they could still lose money, with patrons still fearful and distancing orders sure to slice into their potential revenue. Eater Atlanta posted a list of dozens of restaurants that have announced they have no plans to swiftly change course.

Acheson, the award-winning chef who owns Five & Ten in Athens and Empire State South and By George in Atlanta, says he worries about his employees taking public transportation to work or going home to overcrowded homes. He’s watching the news, monitoring the state of testing and the availability of ventilators. For him, the governor’s announcement was “meaningless.”

“We’ll get to that point,” he said of reopening. “But there are a lot of people out there who are still terrified.”

Acheson, like many other chefs and restaurateurs, has turned his efforts to helping prepare food for those hit hard, isolated and unemployed. Two of his kitchens are preparing meals for World Central Kitchen, turning out 7,500 a week. “My people and myself are doing the job we have to do,” he said. “And right now that’s crisis management and feeding hungry people, not making fancy dinners.”

Michael Lennox, owner of Atlanta restaurants Ladybird, Golden Eagle and Muchacho, has been similarly busy with the organization he helped found to feed hospitality workers, ATL Family Meal. Since the governor’s announcement, he said, he’s gotten calls from furloughed employees fearful about the prospect of returning to work.

Lennox said he has been trying to navigate as best he can: He got loan money through the Paycheck Protection Program and is looking at opening a takeout and delivery service in coming weeks. But the thought of trying to go back to business as usual — even with the addition of masks and other safety measures — seemed far-fetched to him, for now. “Until we have an assessment about how everyone can provide a restaurant experience in a way that consistently provides for the safety of workers and customers, I don’t know that we have a clear pathway to even limited capacity,” he said.

Some see logistical hurdles to resuming business as usual. After shutting his dining rooms, Brounstein had quickly moved his business to takeout-only, a pivot that has allowed him to see a decrease in business of only about 40 to 50%, for which he counts himself lucky.

Even if he could serve customers in his dining rooms, he’d still want to maintain the takeout business, he says. But to keep pace with the takeaway business, he has turned his dining rooms into storage for all the packaging needed. “It would be too overwhelming to do both,” he said.

Just getting supplies could be a problem. At his Athens locations, the Sysco delivery is down to once a week from two. “We’d have trouble sourcing ingredients,” he said. “We can barely get the product we need now.”

Beefing up their staffs could pose challenges, too. Some restaurants that have moved to takeout have a small, core group of trained and trusted people working limited shifts. Gallagher says he’s operating using a salaried management team and a handful of hourly employees who all understand the need for safety precautions, even off the clock. “We have systems so that we feel comfortable within our doors now,” he said. “The risk is if we [opened up] too soon and someone got sick.”

Owners say they are unsure what it will take for them to safely reopen, but some said they welcomed guidance from the Centers for Disease Control and Prevention or a recommendation from the Georgia Restaurant Association, which did not respond to requests for comment. “I’m a chef — I’m not a scientist,” Acheson said. “I believe the science. We are doing the best we can to try to figure it out.”

Even if guidance emerges about how to reopen, owners say the onus for keeping people safe will fall on them. After all, each space, staff and clientele is different. “It’s more likely going to fall on restaurants on a case-by-case basis to figure this out,” Lennox said. “We’re all in uncharted waters, and I take some degree of solace from that, but that doesn’t take away the need for me as a leader to make the right decisions.”

Other states, mostly in the South and led by Republican governors, have indicated they are eager to follow Georgia’s lead. South Carolina Gov. Henry McMaster this week permitted many retail stores to open their doors, and Tennessee Gov. Bill Lee announced businesses will start reopening as soon as next week.

But in Georgia, restaurant owners don’t see business as usual booming anytime soon. Brounstein says restaurants opening as soon as Monday probably won’t see many customers — but they’re certain to be criticized for taking the risk. “I think you would get more blowback from opening than not,” he said. “ Some are desperate — but I think it will backfire if they do.”