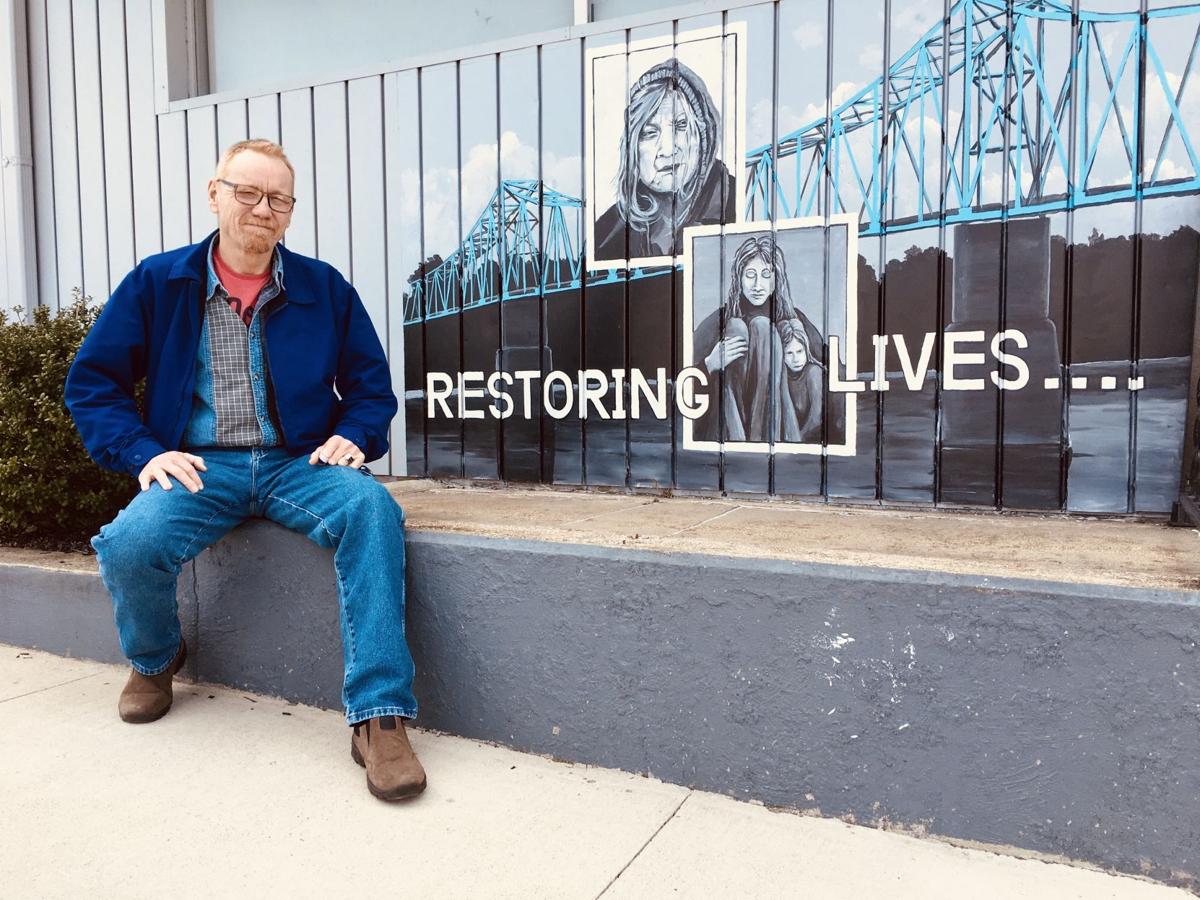 Steve Lane, the 63-year-old owner of Go Big Time Art, is pictured March 5 beside a mural he painted on the side of the St. Benedict’s Women & Family Services day shelter at 904 Hickman Ave. Lane, who spent 17 years in prison after being convicted for wanton murder, is using art and his Christian faith to atone for his past.

A portion of the Hopkins County Timeline mural at Elmer Kelley Stadium in Madisonville is pictured. Muralist Steve Lane of Owensboro was commissioned for the project in 2018 by Leadership Madisonville. 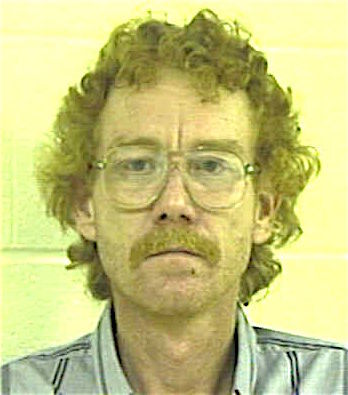 Steve Lane, the 63-year-old owner of Go Big Time Art, is pictured March 5 beside a mural he painted on the side of the St. Benedict’s Women & Family Services day shelter at 904 Hickman Ave. Lane, who spent 17 years in prison after being convicted for wanton murder, is using art and his Christian faith to atone for his past.

A portion of the Hopkins County Timeline mural at Elmer Kelley Stadium in Madisonville is pictured. Muralist Steve Lane of Owensboro was commissioned for the project in 2018 by Leadership Madisonville.

The words “Restoring lives …. one life at a time” stretch around a mural painted on the sides of St. Benedict’s Women & Family Services day shelter at 904 Hickman Ave.

Although meant as an inspiration for those who enter the building, Steve Lane, the 63-year-old artist behind the mural, has been attempting to atone and restore his life since being released from prison in 2016.

In January 2000, Lane was convicted by a Daviess County jury for wanton murder, and he received the minimum sentence of 20 years for his part in the 1998 death of Thomas Walton Puckett. Another man, Ray Bolin, with whom Lane was drinking with that night, pled guilty to murder and received 24 years in prison.

After serving the mandatory 85% of his sentence, Lane was paroled from the medium-security Luther Luckett Correctional Complex near La Grange.

It was during those years in prison that Lane discovered not only his talent for painting, but it’s also where he said he found his faith in Jesus Christ.

Lane said he cultivated and perfected his art by first creating miniature paintings that he would send from prison to his family.

“When you write letters, there’s not much to say after a while,” Lane said. “So I would just make these cards and I tell them ‘I love you’ or whatever.”

And then on Easter of 2007, Lane was baptized, which he says was the turning point in his life.

“The first seven years were just total awful,” Lane said. “Then I got saved and the last 10 years God got me ready for my work, I guess. I didn’t know what I was going to do when I got out. Life changed for me. I didn’t like it but I was able to deal with it and be content (in prison).”

He painted his first mural in prison and then was transferred to create murals at two other prisons once the wardens learned of Lane’s work.

Lane said those prison murals gave him experience and confidence to pursue as a business once he returned to society.

After being paroled, he went to live with his sister in Madisonville and started Go Big Time Art, specializing in murals and commercial art.

One of Lane’s most elaborate murals can be found on the outside walls of Elmer Kelley Stadium in Madisonville. Over multiple walls, it depicts the timeline of Hopkins County.

Summer Crick, a former city of Madisonville employee who is now Kentucky Wesleyan College’s director of Alumni Relations, said she was part of the Leadership Hopkins County class that commissioned Lane in 2018 for the tourism mural project.

Crick said she worked closely with Lane during the mural process and knew that he had “a rough past” and had battled alcoholism throughout his life.

“We had seen where Steve had done some murals in downtown Earlington,” Crick said. “…I was the one who sat with Steve and gave him this big piece of paper that had no art on it. And I was like, ‘Can you turn this into art?’ And he really took it and ran with it. He did a ton of research on his own … and it was great to have an artist doing his own research with art in mind rather than us. We were really just focused on the facts and the actual history.”

When the mural was completed, Crick said the group and the city were impressed by the finished product.

“I can’t say enough about his kindness and professionalism,” Crick said. “He’d stop by every few days just to let me know how the project was going on his end. If the sun was up, he was there working on it.”

Along with Madisonville, Lane’s work has been popping up in McLean, Ohio and Daviess counties. He also painted the large, red Holiday Drive-In sign in Reo, Indiana. One of his more recent works is a commercial painting he did for Friends of Sinners on Clay Street.

When he’s not painting, Lane manages a sober-living home owned by Harry Pedigo, who’s also the executive director of the St. Benedict’s homeless shelters in Owensboro.

Pedigo said he’s only witnessed what God has done in Lane’s life and the effort he’s made to contribute to society.

“Steven has just been phenomenal … I’ve watched him grow and I’ve seen how God has moved him in different ways,” Pedigo said. “I can attest that Steven has definitely experienced a life-altering, spiritual awakening for sure.”

Since prison, Lane has experienced a heart attack and has entered himself into rehab at Friends of Sinners for his alcoholism.

No longer in rehab, Lane said he’s sober, refocused on his faith and ready to take on more mural and commercial painting jobs. He can be contacted by calling 270-836-2090.

“Once you’ve had a relationship with God, life is so empty without Him,” Lane said. “You miss your relationship … it’s like talking to your friend. But there’s no doubt that without God I’d be right back at it. There is a cure for addiction and it’s Christ. Without Him, there’s no chance.”