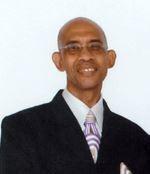 All eyes were on Louisville Wednesday, including local African-American leaders in Hopkins County, as a grand jury revealed they would not charge the police officers who were involved in the shooting and killing of 26-year-old Breonna Taylor.

However, the Jefferson County grand jury did indict Brett Hankison, 44, on three counts of first-degree wanton endangerment for shots he fired outside of Taylor’s apartment in March that went into another unit.

Bill McReynolds, President of the African-American Coalition, did not release comment until after Kentucky Attorney General Daniel Cameron said he did not expect further criminal charges to be filed related to the events at Taylor’s apartment on March 13.

“I feel that the decision made in the Breonna Taylor case is modern-day American injustice at its finest when it comes to the unjust killings of native Black Americans by rogue police officers,” McReynolds said. “I am personally offended, but not surprised at all on the decision, being that a settlement of $12 million was reached.”

“The decision is absolutely appalling to announce that former LMPD officer Brett Hankison was only charged with three counts of first-degree wanton endangerment for shooting into another adjacent apartment,” he said. “It is a flat out joke. Plain and simple. The charges have nothing to do with Breonna’s death. Not one officer was charged directly with Breonna Taylor’s death. Make no mistake about it, Breonna Taylor had absolutely nothing to do with any drugs, period. The system failed us.”

McReynolds also talked about his connection to law enforcement.

“Law enforcement runs in my family. My late brother-in-law, Bobby Johnson, served as MPD chief in our city. I have a nephew currently on the MPD police force,” he said. “I have another brother-in-law who retired years ago from the MPD. My first cousin currently serves as the Chief of Police in Owensboro, so I have always respected good law enforcement officers regardless of who they are, or what color they are. The so-called bad cops in America only tend to shine a negative light on the good law enforcement officers, who I have the utmost respect for.”

McReynolds said he hopes for peaceful protests and non-violence everywhere.

“I cannot emphasize enough just how critical it is to have a working relationship between police and community, in order to help curb a lot of the problems we see today,” he said. “For years, the African American Coalition of Hopkins County has always welcomed local law enforcement to the table, to work together towards a better and safer community. The more that these unjust situations occur, the trust diminishes in communities everywhere. Both sides need to willingly come to the table to build good relationships.

“It is for reasons like this that we must continue to take a united stance against injustice anywhere,” he said.

“There was no justice carried out,” he said. “A lot of people are being shot like that. I used to be able to call all their names and nothing has been done. I don’t see any justice in that at all. Nobody is paying for her life.”

McReynolds said there will be a peaceful protest rally at 3 p.m. Saturday at the Hopkins County Justice Center.

Samantha Martin, right, and Brooke Robertson, both pharmacists at Hometown Pharmacy in Madisonville, work to fill prescriptions for customers.

Everyone who comes in to get a flu shot who has not been to Hometown Pharmacy before is asked to fill out some information before receiving the shot.

The flu comes around every year and with it comes a flu vaccine.

But medical professionals say it is even more crucial this year to get the vaccine because of COVID-19.

“It is important to get it this year more than any other year,” said Fancy Lambdin, a nurse practitioner at Health First Community Health Center in Earlington.

Jerry Rickard, pharmacist and owner of Hometown Pharmacy, said the vaccine is made every year with guidance from the Center for Disease Control and the Food and Drug Administration.

“The vaccine is made specific for that year, what they think is going to show up,” said Rickard. “Some years it does better than others. They try to project what’s going to be coming out for that year.”

Samantha Martin, another pharmacist at Hometown Pharmacy, said there are two doses, a high dose for people aged 65 and older and the regular vaccine that protects against four different strains of the flu.

“It is good to get a flu shot, especially if you are elderly, if you have a tendency to have pneumonia, diabetes, just a lot of risk factors that can get you in the hospital,” said Martin.

The vaccine is covered by most insurance companies with the cash price, for those without insurance, varying between $25 to $35, depending on the location.

“It may just depend on the vendor who they are getting the flu shot from because there is a cost for the flu vaccine, plus the facility adds a cost to administer the flu vaccine,” said Jenna Jerger, marketing and outreach director with Health First Community Health Center.

There are two programs at Health First that can help uninsured individuals receive the flu vaccine, Jerger said. Presumptive Eligibility Medicaid, which is temporary coverage for individuals that do not currently have insurance. There are no income limits and no age limits, but the deadline to enroll is November 30.

“It covers all essential services and a flu vaccine is considered one of those,” Jerger said.

The second is Kentucky Children Health Insurance Program, KCHP, which is for families and allows children access to the flu vaccine. Tara Tapp-Kolodey can help people enroll in both programs at Health First.

Flu vaccines are offered at most pharmacies and health care facilities, call ahead to double-check availability.

The City of Madisonville will be holding a “Shred Day” on Saturday from 10 a.m. to 1 p.m. at the city’s Public Works Department — located at 900 McCoy Avenue.

“This is a free event,” said Madisonville City Public Relations Director Sara Lutz. “It is open to the community, and we permit four boxes per person to be shredded.”

Box sizes should be approximately 15 inches by 12 inches in size, according to Lutz.

“In the past, this has been in the mall parking lot,” said Madisonville Mayor Kevin Cotton. “It was moved because through a grant opportunity we have been able to install our own shredder.”

Five organizations have been chosen to receive funding from the United Way of the Coalfield and the Heidi Badgett Endowment Fund.

“Part of the foundation agreement is to address the health and educational needs of children and their families in Hopkins, Webster and Muhlenberg counties and all those organizations address that,” said Howerton.

There were eight applications for the funding this year, as opposed to last year’s 13 applications, Howerton said. The committee looks at all the applications and scores them based on the health and educational needs of the children and their families, what organizations are most in need and what the community needs.

Howerton said they try to pick organizations that do the most with the least.