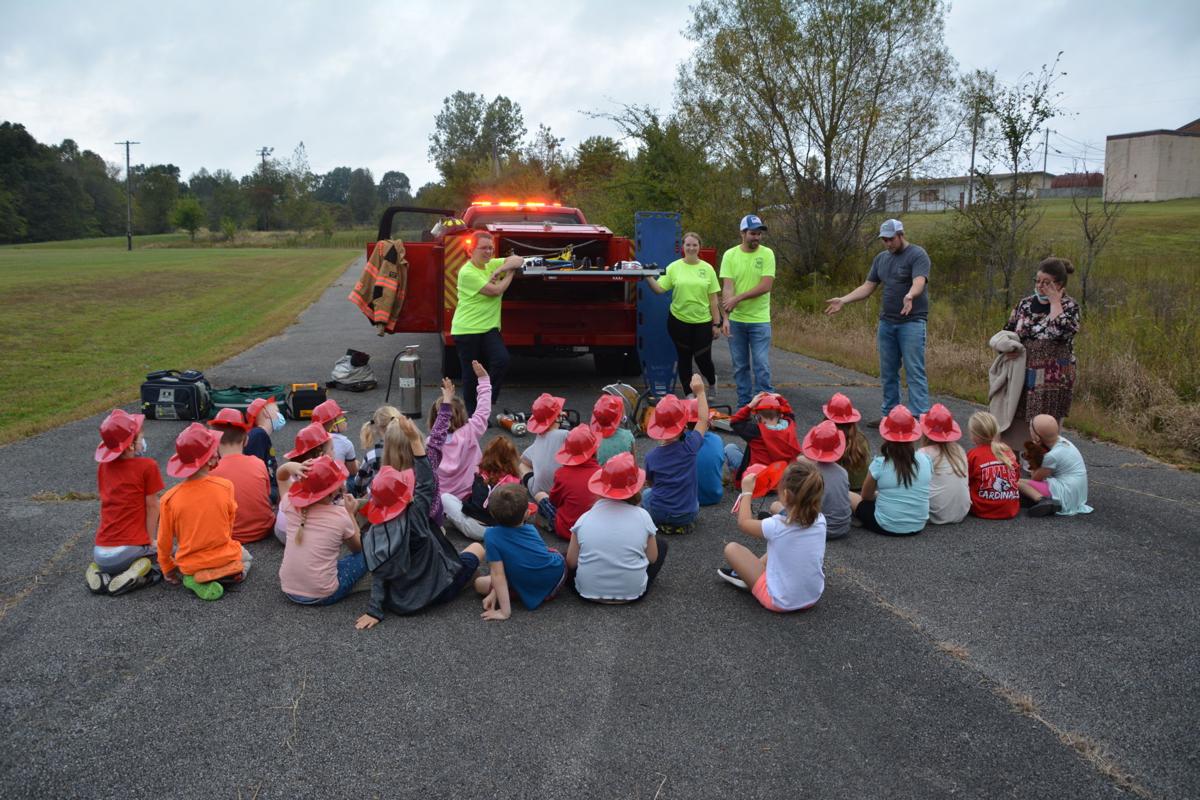 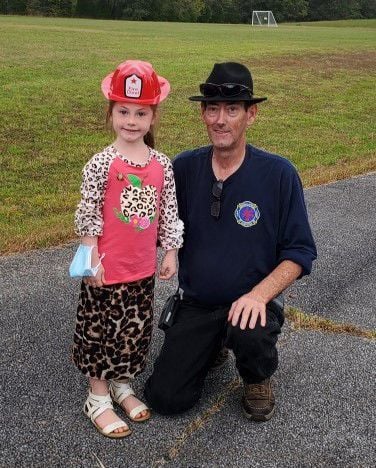 Kennedy McBride was happy to see her grandfather, Kenneth McBride, with the Richland Fire Department. 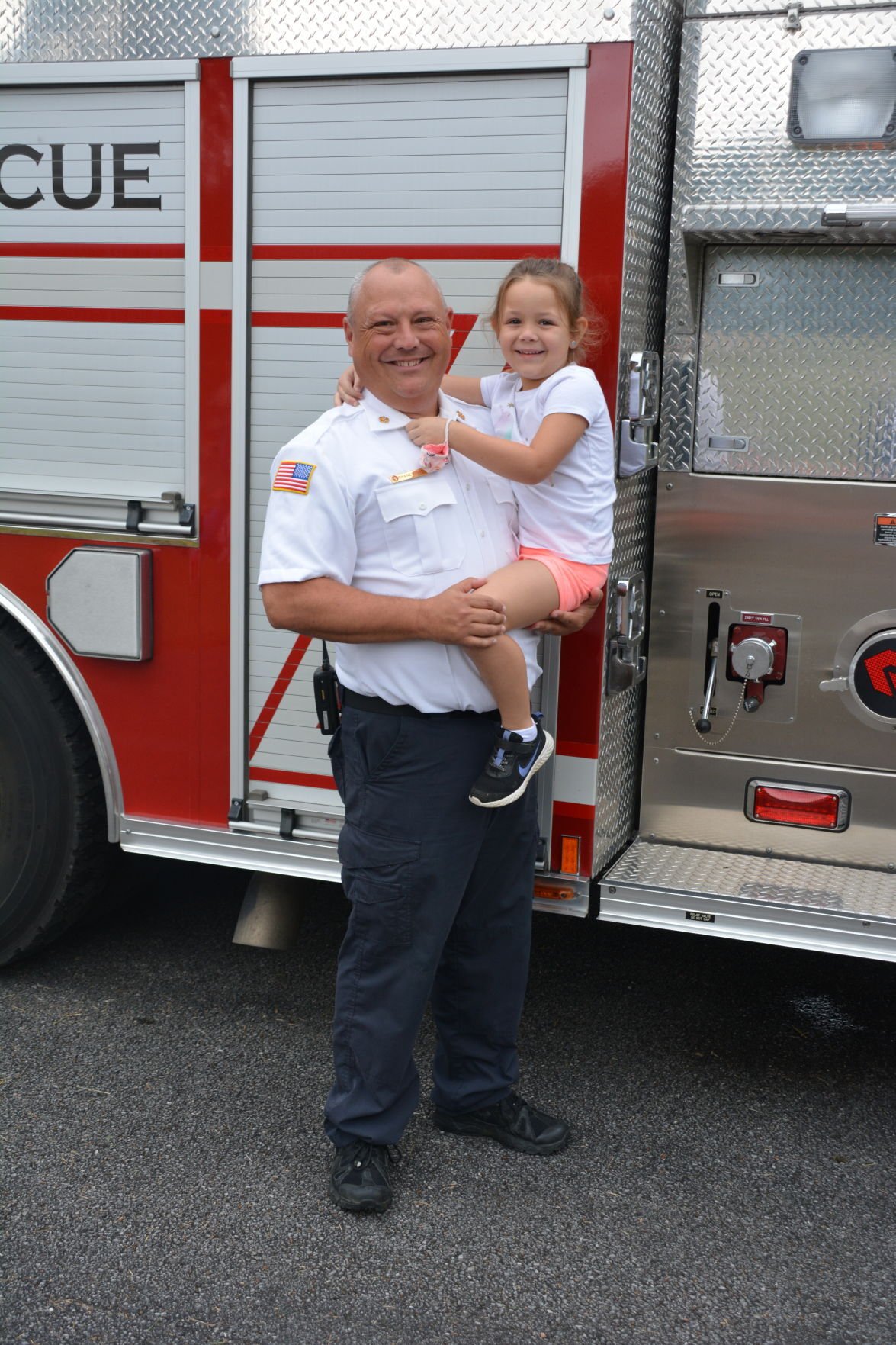 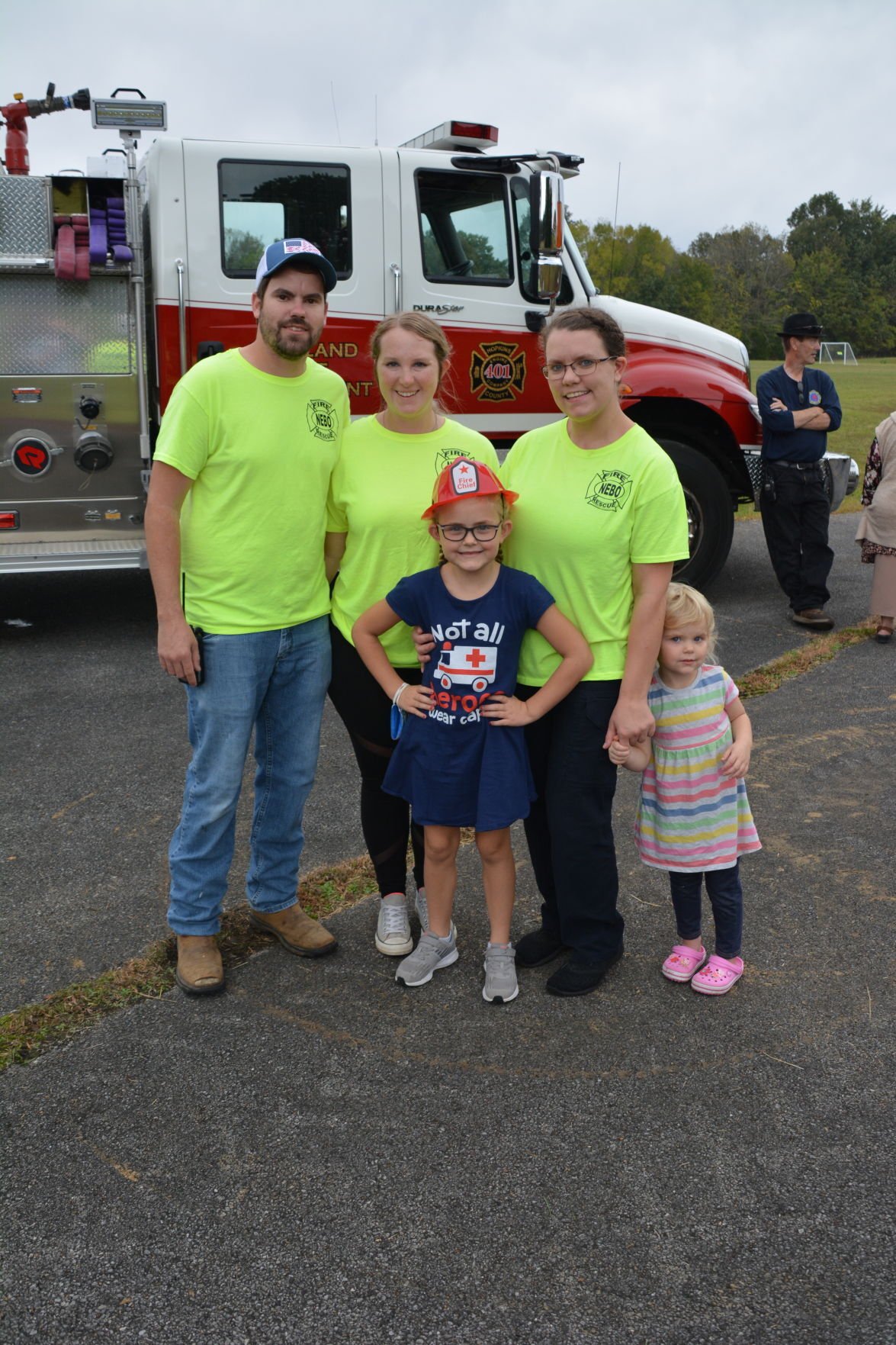 This group proved that serving the community is a family affair. Pictured are, in back from left, Derrick Winstead, Katlyn Winstead and Lea Winstead; and in front from left are Shelby Winstead and Avery Winstead. 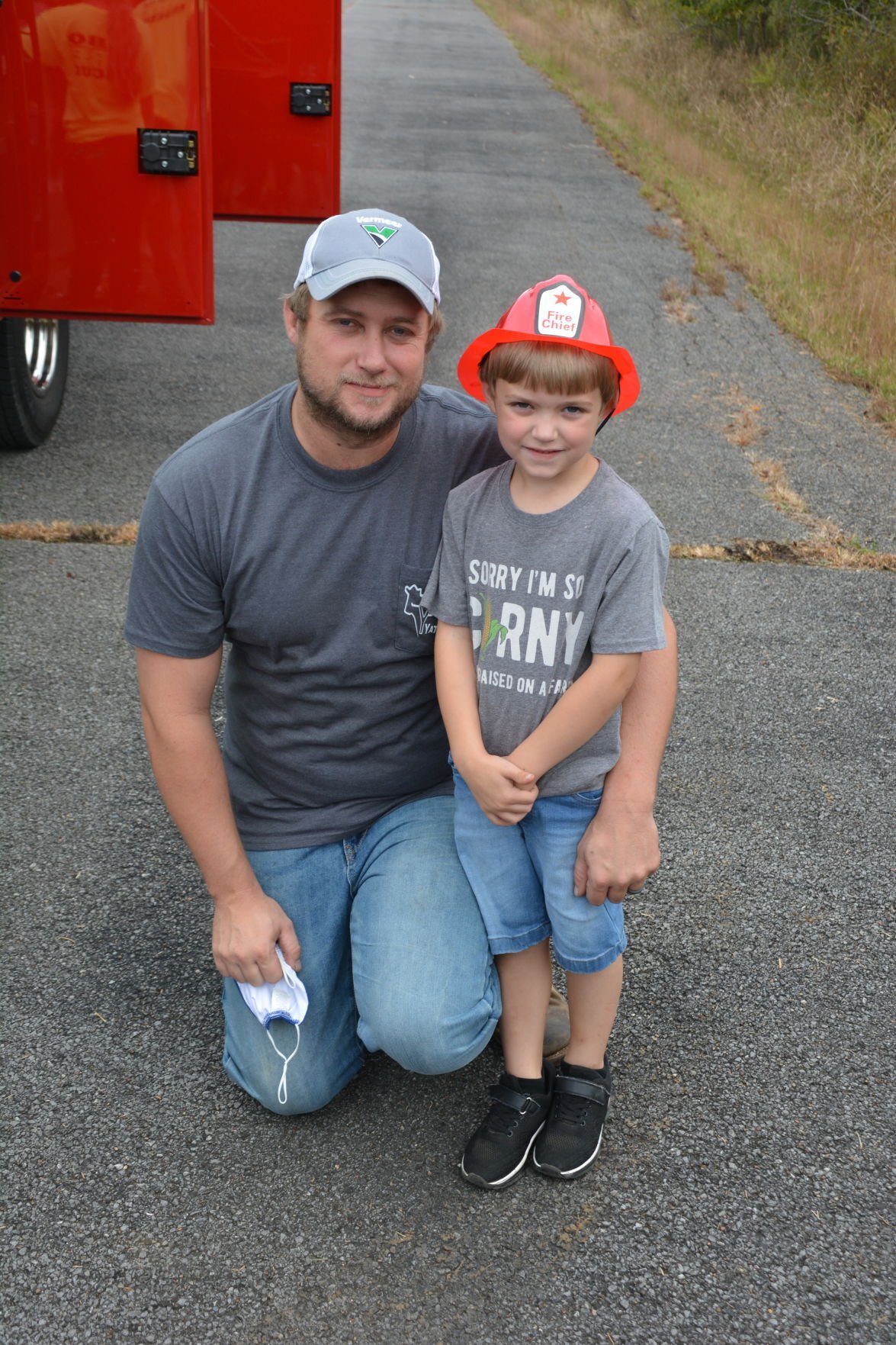 Jared Yates from the Nebo Fire Department visits with his son, Lucas Yates, a student at West Hopkins.

Kennedy McBride was happy to see her grandfather, Kenneth McBride, with the Richland Fire Department.

This group proved that serving the community is a family affair. Pictured are, in back from left, Derrick Winstead, Katlyn Winstead and Lea Winstead; and in front from left are Shelby Winstead and Avery Winstead.

Jared Yates from the Nebo Fire Department visits with his son, Lucas Yates, a student at West Hopkins.

Being one of the only K-8 schools in Hopkins County makes West Hopkins School a bit unique. Being about as far as one can get from any other school in the county adds to that uniqueness. Its also what makes the school special, according to school officials, and why an event held there Friday morning to celebrate first responders is even more notable.

“The school is the center of this community,” said principal Eric Stone. “We don’t have a mall or a hospital. If you live in this area you have West Hopkins School.”

Students in kindergarten through the second grade began studying about ‘community helpers’ earlier this week, and to help familiarize them with those jobs, kindergarten teacher Billy Ward reached out to various agencies around the area to be a part of the event. Nebo Fire Department and Richland Fire Department agreed to send a rescue vehicle send a fire truck respectively, while the KSP were dispatching a trooper, Baptist Health was sending an ambulance and an air evac helicopter was slated to fly in for the students.

But, when dealing with first responders, sometimes things come up. Due to an unforeseen circumstance, the trooper scheduled to be at West Hopkins couldn’t make it, and he was not alone.

“Out helicopter and our ambulance both have patients and aren’t going to be able to make it either,” first grade teacher Cassidy Rice said, “But that is more important.”

Those first responders who were able to make it, however, put on a show that the students in attendance will likely remember for some time to come. They also spotlighted how important West Hopkins School is to the community it serves. Among those who showed up, many were parents, grandparents or aunts and uncles of students at the school, all of whom serve in fire departments that work in the surrounding community.

“Its important that our students understand and learn about these community helpers,” said Rice. “This is part of teaching them what they do so if they see a fire, they know who will come to help.”

While school officials plan to reschedule the helicopter and ambulance visits, they are open to having other people from the community who work in important jobs to contact the school about paying a visit as well.

“We’re very open to have others from the community who provide a service to come out to West Hopkins,” said kindergarten teacher Mary McBride.

“We’re learning about other jobs that serve the community as well,” said Rice. “That includes teaching them that they need to buy food they go to the grocery store.”

But according to Stone, the lessons he wants students to learn at West Hopkins go far beyond that.