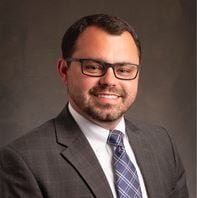 Low inventory combined with low mortgage rates has created what some are describing as a historic moment in the housing market in Hopkins County.

Across the nation, sales of new homes surged 20.7% in March to the highest level since 2006. This was a rebound from the decline in February when severe winter storms hit many parts of the country.

“It has been historical,” said Sandy Newell — association executive of the Madisonville-Hopkins County Board of Realtors, Inc.

Newell said the interest rates have also been “historically low.”

“Last year in March, everything kind of shut down for a few weeks. Then the floodgates just opened,” she said. “The interest rates were so much lower and the stimulus checks probably could have had an effect — but it is hard to say. It has all of us baffled. The interest rates are easing back up now but it is still low for what we have had in the past.”

Newell said many members of the board have seen offers coming in above listing price.

“Locally, I think we are seeing offers come in above listing price, and we’re definitely seeing more multiple offers,” she said. “In your bigger areas that is a norm. We have never had a lot of multiple offers, but I know my members are experiencing it.”

According to numbers provided by Newell, members of the board sold 58 residential homes in March for a total sales price of $10,010,051. Also in March there were 52 new listings and just 44 active listings by the end of the month.

Cindy McKenzie, a realtor for Coldwell Banker, said it is harder now to get properties listed and on the market.

McKenzie said the supply and demand now is just economics.

“We have way more buyers than we do sellers. We don’t have enough supply so it is driving those prices up,” she said. “We have new constructions where it costs way more to do now because wood is more expensive so the builders are having to raise their prices. It all goes together. In Hopkins County alone, that includes Mortons Gap, Hanson, Earlington, Dawson Springs, we have 34 houses for sale. Normally, about 220 would be a normal listing. There are times where we have surpluses and shortages. This is the most we have ever seen as not available or available in Madisonville and in Hopkins County.”

McKenzie also pointed to the rise in building materials as a driver of the housing shortage.

“When the pandemic hit, I think we had less workers working so their supply was less and when we started opening back up and still doing some things they didn’t have some supplies they needed to buy. It had a little bit of the economic supply and demand as well,” she said, adding that this changes how homeowners look at remodeling versus building a new home.

McKenzie has been a realtor for the past 21 years and added she has never seen anything like this. She said that anyone wanting to sell properties should get them on the market.

“In order to keep things flowing, we need listings. We need to get those properties out there for people who are wanting to make a change,” she said. “That is how we make a living and that is how people get better. It is better if things are moving.”

McKenzie said that this change has affected all realtors and their work.

“We have some really good realtors in Madisonville, and we all have contacts, and we all have our names given out to friends, families, past clients — but we need to in order to keep things flowing and keep things from becoming way out of line. We need to have more houses that we can choose from for other buyers to choose from,” she said. “There are people who have to have a place to live — whether they have sold or have people coming into our community, and we have had people come into our community. We have to find them houses, and between rentals and selling it is a struggle. It is an absolute struggle.”

The rental side of real estate is also in the same situation.

“Now we have landlords that own decent houses they have rented out for years. They are putting their houses on the market to sell them because now is a good time to get a good dollar figure for their home,” she said. “Some of the rentals are going away and people that are renting that want to step up to home ownership are not finding a place.”

McKenzie predicted that this would be the situation for another year, however, she said even with the lack of houses available to sell, the industry is still progressing.

“Even with the restrictions of how many houses are available, Madisonville is still moving forward. It is still a positive and great place to live. Even though we have our lack of supply right now, we are still finding houses,” she said. “Our market values will not plummet but our market value won’t double either like it will in places like Nashville or Owensboro. That is the benefits of a smaller town, when the market does go crazy it doesn’t go overly crazy.”

On the mortgage lender side of the equation, financial instituitions like Independence Bank and First United Bank are staying busy to meet demand.

“There’s lots of sales going on and very little inventory. I have a co-worker that has sold her house and didn’t expect it to sell so quickly and now she doesn’t have anywhere to go,” said Cheri McNary, a loan officer for Independence Bank. “I think the stimulus checks have helped with downpayment and closing costs and our interest rates are at a record low. If you can get 2.5% interest rate, you can afford more of a payment than you would if you were to get a 4.5% interest rate, for example.”

Even at the beginning of the pandemic in 2020, McNary said the bank was busier than normal dealing with mortgages.

“We were crazy busy all through the beginnings of the pandemic. We kept working the entire time,” she said. “People that were in a 30-year loan were able to get a 15-year loan because they were able to get a 2.25% interest rate fix for 15 years and that saved them so much money to cut all those years off of their home. It is just wild to see how busy we all were.”

McNary said now is definitely the time to buy.

“Everything is still going so strong, and we are hoping that it continues,” she said.

“Mortgage demand is strong,” he said. “Inventory is at an all time low as far as houses listed for sale and rates are at historic lows for mortgage interest rates. So borrowers have more buying power than normal because rates are so low.”

Finley said the price increase of existing home sales is happening quickly when compared to the fourth quarter of 2020 and the first quarter of 2021.

“In Hopkins County, sales were steady through the pandemic so we didn’t see a huge decline in sales,” he said. “What was on the market in 2020 as it sold and closed, and with less properties being added to the market, it reached a point where listings were on decline and sales were up. It is a supply and demand thing.”

“We anticipate rates continuing to be low, and when rates are low there is more activity in the market. So if inventory continues to stay low and rates continue to stay low, the inventory can’t keep up with the demands,” he said. “I think in the short term you will continue to see new home sell prices rise, but you could see a decline in actual closings because if inventory continues to be low there’s not as many houses for sale. That could impact the number of deals that close, but I still think prices will be strong or continue to increase.”