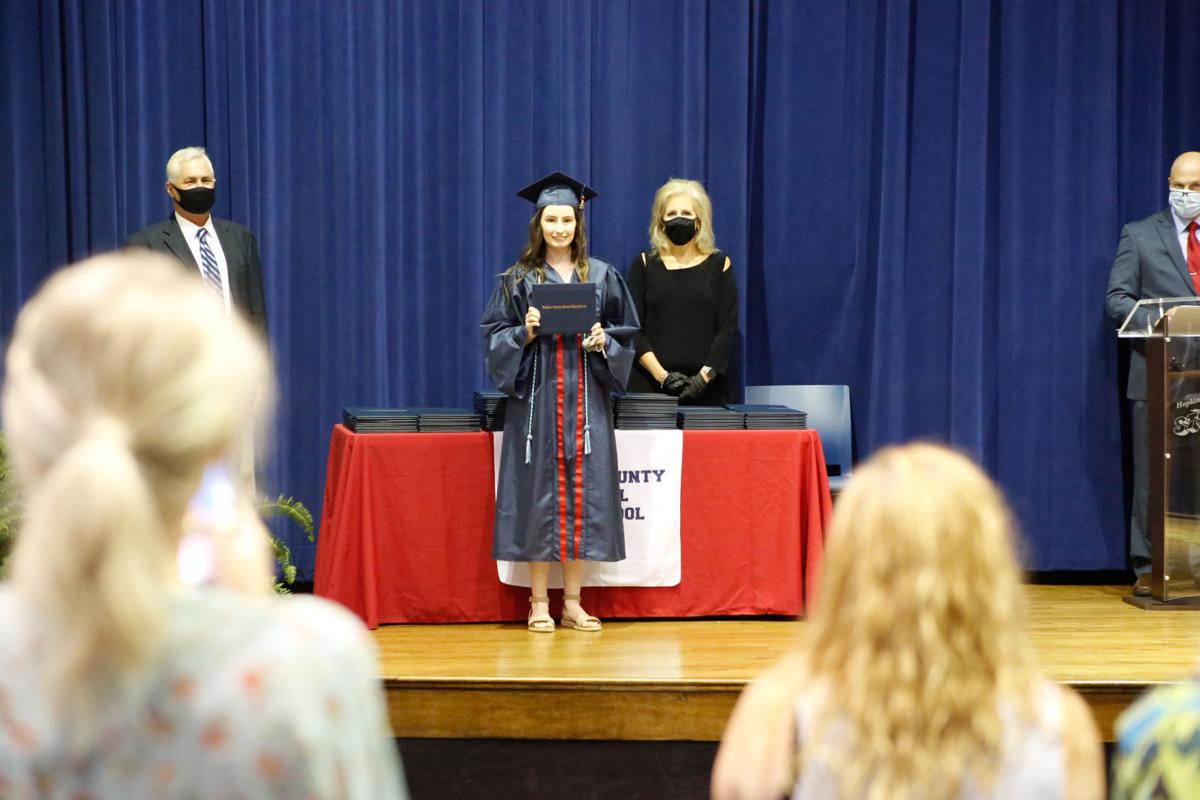 Central graduate Alyssa Abney walked across the stage and recieved her diploma from Superintendent Dr. Deanna Ashby while her family took photos in the school’s auditorium during Friday’s graduation ceremony. 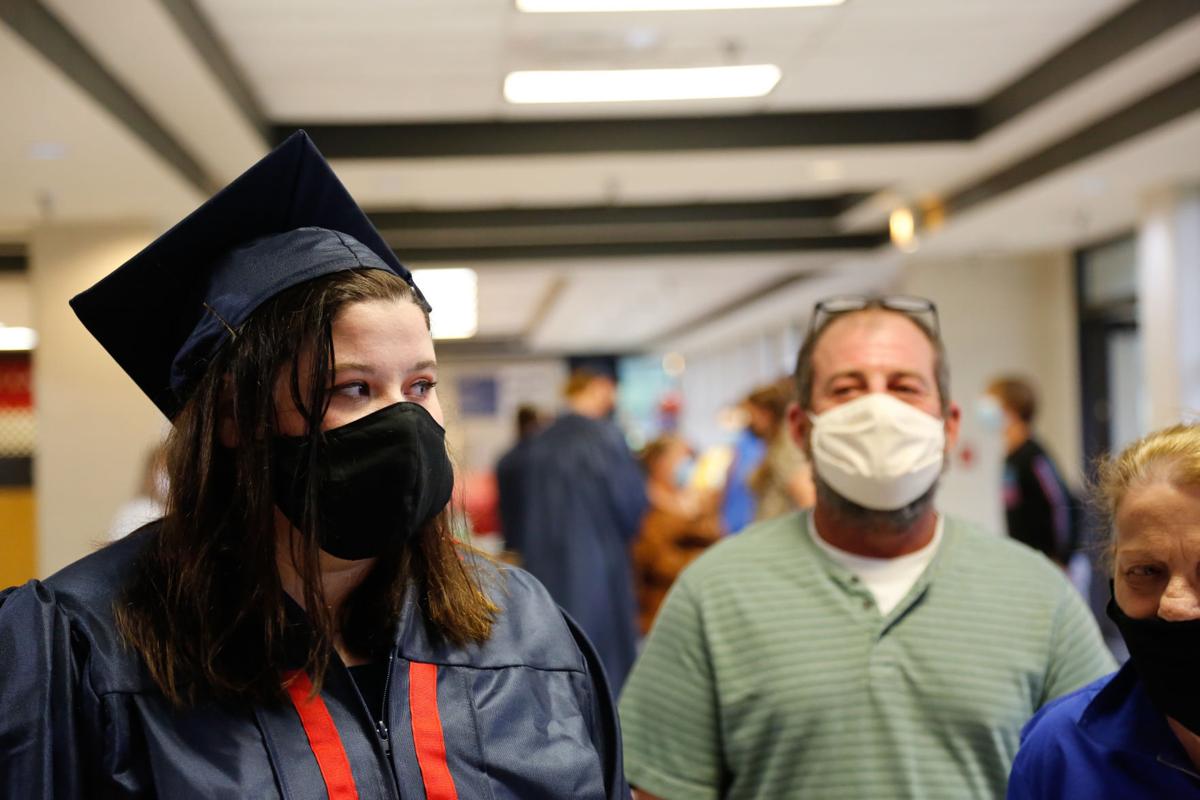 Hopkins County Central High School graduate Mackenzie Doyle stood in the hallway outside the school’s auditorium before walking across the stage. Doyle said she was “very anxious” about the ceremony.

Central graduate Alyssa Abney walked across the stage and recieved her diploma from Superintendent Dr. Deanna Ashby while her family took photos in the school’s auditorium during Friday’s graduation ceremony.

Hopkins County Central High School graduate Mackenzie Doyle stood in the hallway outside the school’s auditorium before walking across the stage. Doyle said she was “very anxious” about the ceremony.

The 2020 graduating class of 173 students were invited to attend a traditional ceremony under unorthodox circumstances as a result of the active COVID-19 pandemic.

“I would rather have it in person because it makes it more memorable,” graduate Cheyenne Downs said. “You kinda get to see everyone one last time. Since we didn’t get to finish school the normal way, at least we get a semi-normal graduation.”

According to her grandmother, Joann Downs, Cheyenne was initially devastated when graduation plans continued to be postponed and mired in uncertainty.

“She’s been waiting forever to do this,” Joann Downs said. “I am so proud of her.”

The celebration’s health and safety guidelines were finalized earlier this month in collaboration with the Hopkins County Health Department, Principal Jon Wells said.

“It will look a little bit different, but we’ve tried to make it as traditional as possible while being as safe as possible,” Wells said.

The ceremony, which took place from 6 p.m. to 8 p.m. on Friday, was able to maintain a small gathering by phasing out graduates’ arrival times and limiting the guests to up to four for each former student.

The graduates’ arrival times were scheduled by last names. For example, those with last names “A” through “D” arrived at 6 p.m. while those with “E” through “K” at 6:30 p.m.

The graduate and their guests remained in their vehicles, which were parked in a line by the cafeteria side’s entrance, until a staff member asked them to enter the building.

According to Wells, only 10 people or less was inside the auditorium at any given time. Every graduate and guest were required to wear a facial covering at all times until they were in the auditorium.

After the graduate walked across the stage and received their diploma, they would exit through the auditorium and leave the campus with their guests.

Ashley Browning, the mother of graduate Calvin Browning, said she was delighted to hear that Hopkins County Central would have an in-person ceremony.

“As a mom, I’ve waited 18 years for this moment,” Browning said. “I was a young mother, and the one thing I was looking forward to the most was his graduation.”

Browning said she understood why some families would decide not to attend the ceremony but she was glad that everyone was given the option.

“It’s a little more of a hassle and trouble, but the fact that he’s able to do it means more to me than anything,” Browning said.

Graduate Parker Devine said he was also excited to have some semblance of a traditional ceremony like his relatives had experienced. While there was a learning curve of how the ceremony would proceed, he said he was happy to be given the opportunity to continue the tradition.

“I’d rather have an in person one no matter what it’s like,” Devine said.

A videographer and photographer attended the ceremony to capture the evening’s events. According to administrative officials, the videographer will edit the video to have seamless transitions to look like a traditional ceremony and the students will receive a copy at a later date.

Wells said he hoped this ceremony would be a positive memory for graduates after such a difficult spring and summer.

“It’s just kind of a symbolic closure to childhood, I suppose. Our formative years are school years and everybody looks back on that hopefully with a lot of good memories,” Wells said. “There’s just something about it, in terms of symbolic closure, to put on the cap and gown, to walk across the stage, to close that chapter.”

Madisonville North Hopkins will honor its seniors in a similar program starting at 3 p.m. today at the high school.