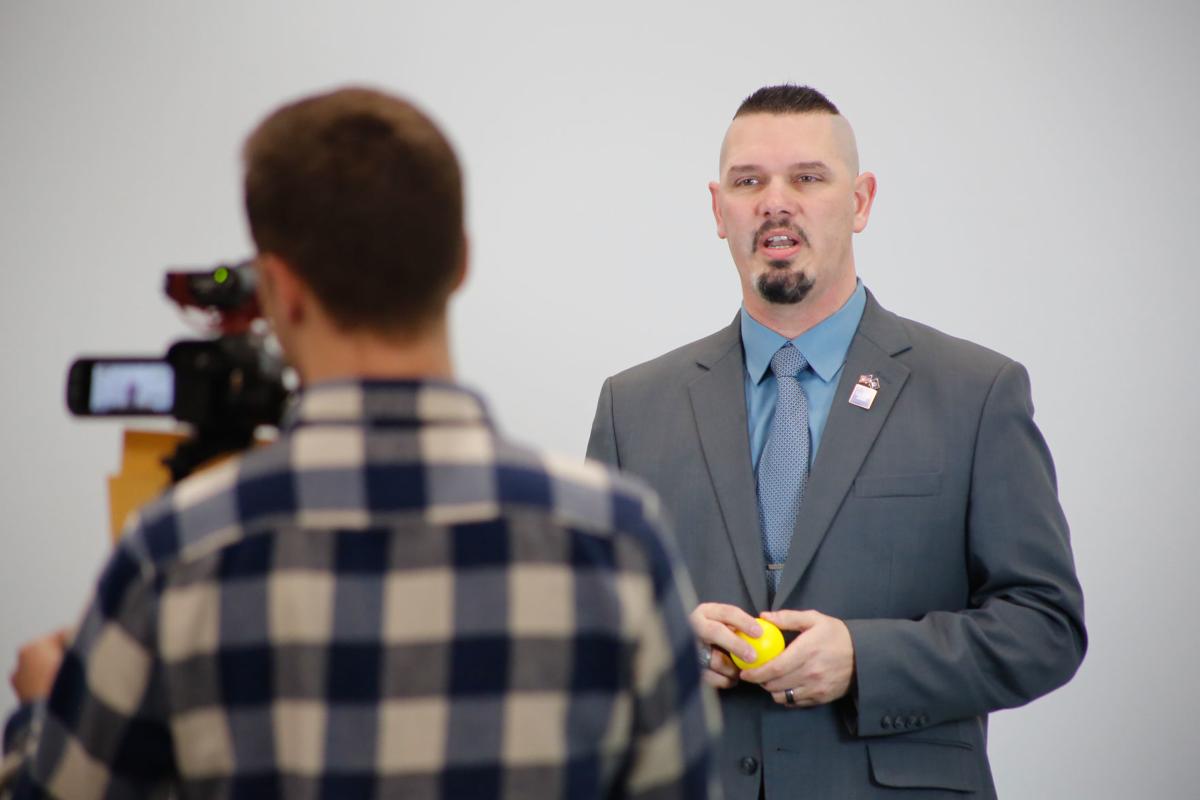 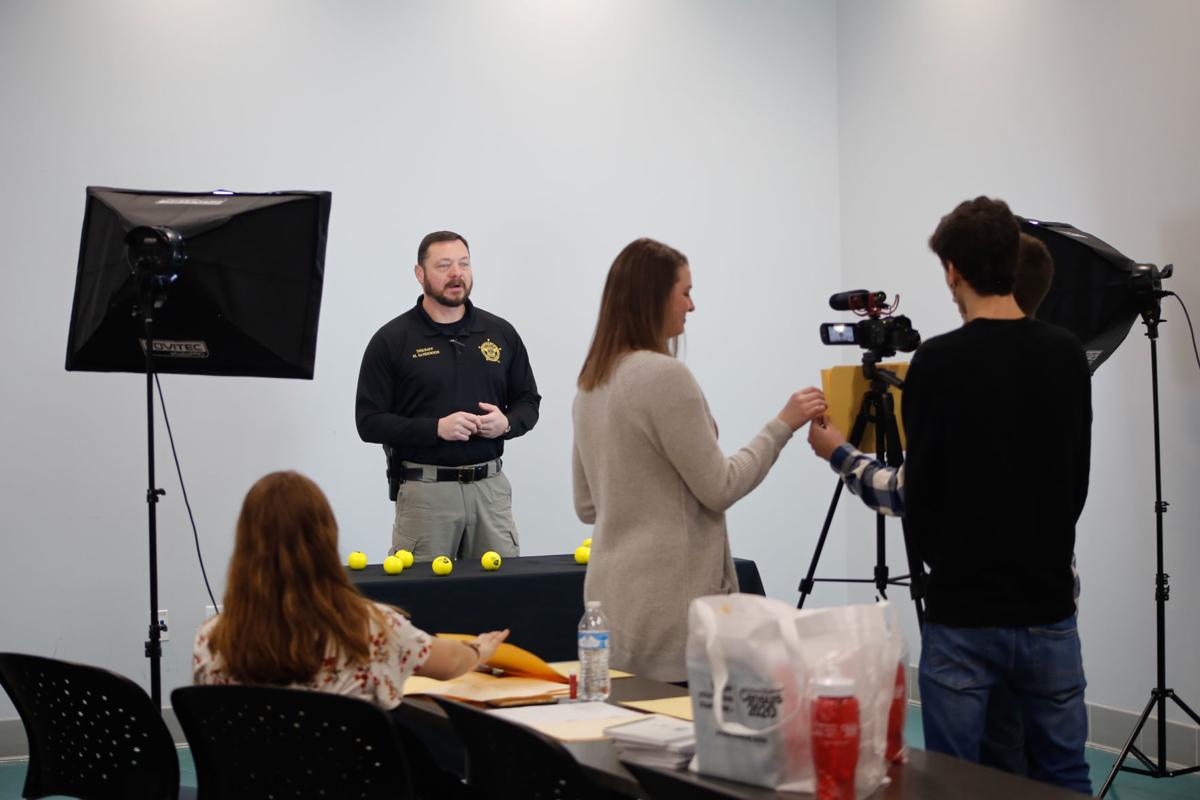 Students in the Advanced Marketing class at the Hopkins County Career and Technology Center filmed Sheriff Matt Sanderson in a public service announcement for the 2020 Census earlier this week.

Students in the Advanced Marketing class at the Hopkins County Career and Technology Center filmed Sheriff Matt Sanderson in a public service announcement for the 2020 Census earlier this week.

During a recent committee meeting, the group tossed around ideas on how to create awareness for the census. Committee member April Devine, who is the director of pupil personnel for the school district, suggested working with the CTC students and their teacher, Sonya Shockley.

Committee members Kim Ezell and Cynthia Young were with the students while they filmed this past week.

“We got in touch with Mrs. Shockley, and she has taken the ball and run with it,” said Young. “They’re going to film these PSAs, and then they’re going to develop a marketing plan on how we can get this out to the public on a zero dollar budget.”

The PSAs are to be released near the beginning of March, said Young. With less than three weeks till their deadline, the students have set up an internal competition to see who can get the most likes on their videos once published.

“I know they’ve got some other big ideas,” said Ezell. “These videos are very important. These are influential people that are trusted voices throughout our community. We’re trying to get the word out through these trusted voices to encourage our residents to respond to the 2020 census because it’s that important.”

Fifteen leaders from all over the county recorded their part of the PSAs, from Hopkins County Judge-Executive Jack Whitfield Jr. to County Clerk Keenan Cloern, from the health department to Madisonville Community College, from mayors to chamber directors.

The students said watching each leader come in being prepared for their PSA stood out to them.

“Communication is very important, and I think I’ve learned a lot from how they act on camera and how they come in and prepare themselves for it,” said Hopkins County Central High School junior Kaleb Gamble.

For a few of the students, the Advanced Marketing class will help them launch their potential careers. Madisonville North High School senior Logan Cunningham said he wants to be an entrepreneur, and this class is teaching him skills he believes are necessary to succeed.

“I want to own my own business, and this has helped me get a grasp on what I need to do,” he said.

From photography and videography, to setting up presentations to building market strategies with the city, the students in the class have taken the initiative on their PSA project, said Shockley.

“The students are really taking the initiative, they’ve done all the planning, the cue cards, they put photos together,” she said. “This is real-world experience, and that’s what I value more than me standing up and lecturing to them.”

Shockley said she appreciates that her students can work with the community on projects like this.

“We’re doing classroom activities, but this is real-world. They’re getting to meet people in the community. They’re having to learn deadlines and working with a timeline,” she said. “It’s about being professional; it’s everything I try to teach them in the business classes.”

Today, the Complete Count Committee is meeting at 10 a.m. to discuss upcoming Census Day events scheduled for March 30 through April 1.

Invitations to the 2020 census will be mailed out in mid-March, said U.S. Census Bureau Partnership Coordinator Daniel Munchbach, who lives in Hanson.

“I know the importance of an accurate count and what it does for our community,” he said while filming his PSA.

Munchbach said he wants the community he has fallen in love with to gets its full share of funding for housing, education, employment, transportation and health care by completing the census information.

During this year’s census, Munchbach said citizens will be able to answer the survey by phone, mail or, for the first time, online. Once you have your census invitation, you have until April 1 to be counted.