A candlelight vigil was held for 16-year-old Dakota Carter on Sunday night. Carter was shot by an unknown person at his parents’ home in Dawson Springs on June 1. 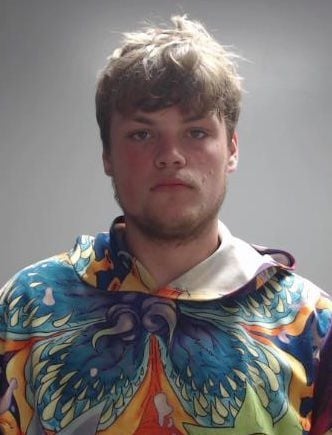 A candlelight vigil was held for 16-year-old Dakota Carter on Sunday night. Carter was shot by an unknown person at his parents’ home in Dawson Springs on June 1.

It has been a week since 16-year-old Dakota Carter was shot and killed at his parents’ home in Dawson Springs. One arrest has been made in connection with the shooting, but Kentucky State Police say the investigation is continuing.

KSP Post 2 Public Information Officer Brandon McPherson said there were no new updates with the investigation and did not offer comment when asked if Carter was the intended target of the shooting.

Michael Roche, 19, of Dawson Springs, was charged by the KSP on June 2 at his home with complicity to murder along with cultivating in marijuana (five plants or more), delivering or manufacturing drug paraphernalia and endangering the welfare of a minor.

McPherson could not confirm if he anticipates more arrests being made.

Roche is lodged in the Caldwell County Jail and, according to Caldwell Circuit Court Clerk Danny Hooks, is set to appear in court for arraignment on the drug and minor endangerment charges at 8:30 a.m. on Monday, June 21, but said the complicity to murder charges would be taken up in Hopkins County.

Hopkins County Circuit Court Clerk Tanya Bowman said Wednesday that Roche’s dates for court in the county have not been set.

McPherson said the complicity to murder charge means that Roche is considered an accomplice in the murder, but said the KSP has not determined if he was the actual shooter or not.

As of Wednesday, Roche remains housed in jail with a total of $105,000 in bonds.