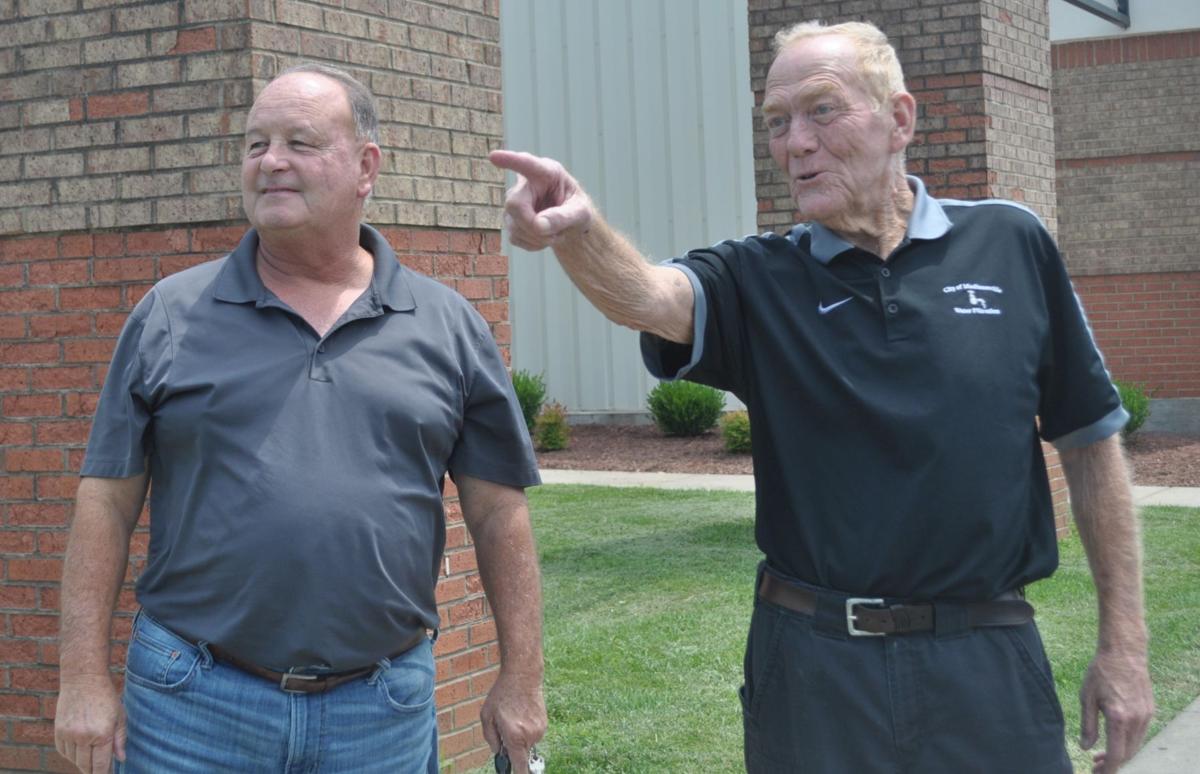 Hopkins County Fair Board President Bruce Jones, right, and Vice President Tom Gulley discuss where the rides, vendors and shows will set up on the fairgrounds before everyone arrives on Sunday. 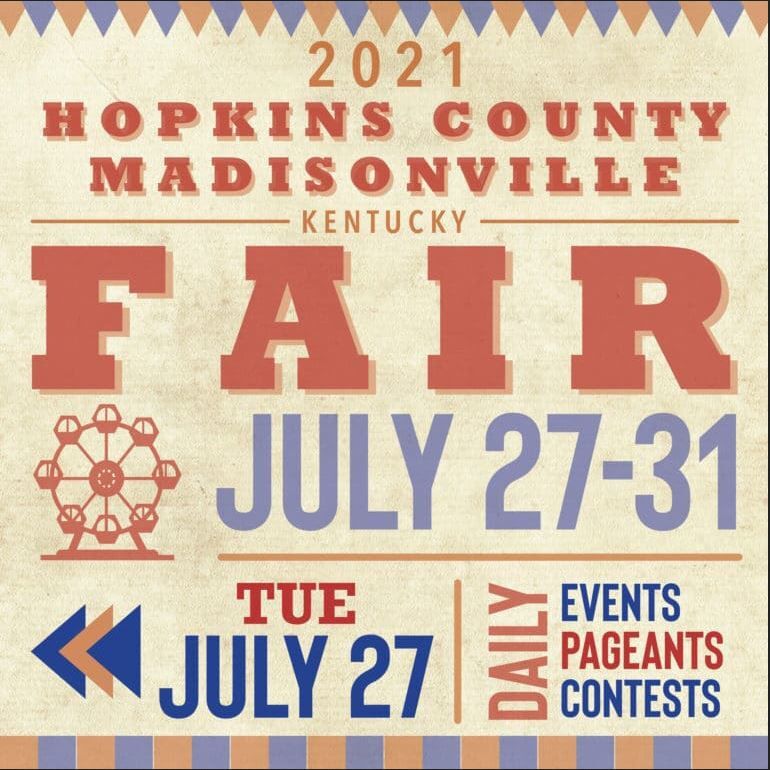 Hopkins County Fair Board President Bruce Jones, right, and Vice President Tom Gulley discuss where the rides, vendors and shows will set up on the fairgrounds before everyone arrives on Sunday.

Running Tuesday, July 27 through Saturday, July 31, Fair Board President Bruce Jones said the event will look as it always has.

“We did talk to Denise Beach at the (Hopkins County) Health Department approximately two months ago and went over everything with her,” he said, in reference to any COVID-19-related restrictions or concerns.

There will be hand sanitizer stations placed around the fairgrounds, he said. Even the carnival rides will be disinfected every night.

“The guy that owns the rides has a disinfecting machine that he used last summer when they operated,” said Bruce.

Fair Board members are hopeful for a good crowd next week.

Fair Board Vice-President Tom Gulley said they have talked to other counties who have already had their fairs — both reported large turnouts.

“People are wanting to get out, and we hope that carries over for us,” he said.

To help draw in those crowds, some new events like the Flores Circus Thrill Show and monster trucks have been added.

“Everybody always talks about monster trucks, now is their chance to see them,” said Gulley.

The Thrill Show will be performing every evening at the midway, while the monster truck show will take place Thursday night in the arena.

Also new this year, the fair is partnering with Christ the King Knights of Columbus to offer a half-pot raffle. Bruce said tickets are $5, and the winner will be announced at midnight on Saturday, July 31.

Other events will include the FFA and 4-H competition and the beauty pageants taking place inside the convention center. At the arena, motocross races and truck and tractor pulls will take place throughout the week.

Gulley said a new truck and tractor pull company will be coming this year.

“They pay a little more money out to their participants, and they have a bigger following,” he said.

Gulley said the Goose Downing band has performed in Madisonville before.

“They are an extremely good band, I thought,” he said.

For more information or to look at the schedule of events, visit www.hopkinscountyfair.com.