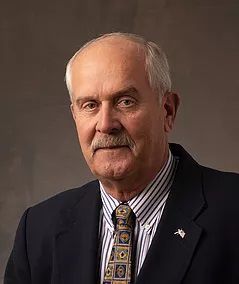 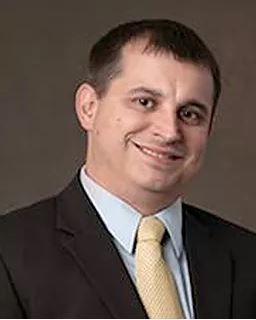 “I did not know where Bryson Johnson lived,” Adam Townsend said. “I did not have any preconceived agenda.”

Townsend was singled out by Ward 6 applicant Bill McReynolds during Monday’s meeting, in which McReynolds called the selection of Chad Menser “all by design.” The president of the Concerned Citizens Society later told The Messenger that the process was “suspicious.”

During the hearing on the open Ward 6 seat Monday, March 16, Townsend asked City Attorney Joe Evans if applicants had to reside in the ward for a year to be appointed. Evans said yes.

“My questions weren’t aimed at anyone in particular,” Townsend said Tuesday. “If someone was appointed who did not meet that requirement, that could cause the work the Council had done to come under fire.”

Townsend noted he asked the residency question before anyone was nominated to replace the late Bobby Johnson.

“I didn’t know for sure who would be nominated,” Townsend said.

But McReynolds considered that a signal question about who Townsend wanted. Townsend nominated Menser moments later.

Evans asked finalist Bryson Johnson, Bobby’s grandson, during the hearing if he met the one-year residency requirement. Johnson admitted he did not, which disqualified him from the running and left Menser as the only remaining nominee.

“I thought Bryson would have been good to finish out Bobby’s term,” said councilman Larry Noffsinger, who nominated Johnson that evening.

Noffsinger added he also did not know Johnson fell short of the residency requirement.

“I can appreciate the values of what they were talking about,” Noffsinger said of the comments McReynolds and Glenda Wade made during Monday’s meeting. “I’m sorry it didn’t work out the way I had it planned.”

McReynolds called the process in March a “slap in the face” of African-American residents, since Bobby Johnson was black and Menser is white.

In a letter published in The Messenger on Page A7 today, Councilman Frank Stevenson says Menser submitted a resume which “traces a continuous history” about his residency in Ward 6, while Johnson’s resume did not.

“It troubles me that the process for this appointment was deemed ‘suspicious,” Stevenson wrote. He added that McReynolds’s “negative imagining” could be due to “a lack of understanding of the law and the process involved.”

Wade announced during the meeting that she will challenge Menser in the November election. McReynolds says he will not. As of Tuesday, no one else had filed in Ward 6.