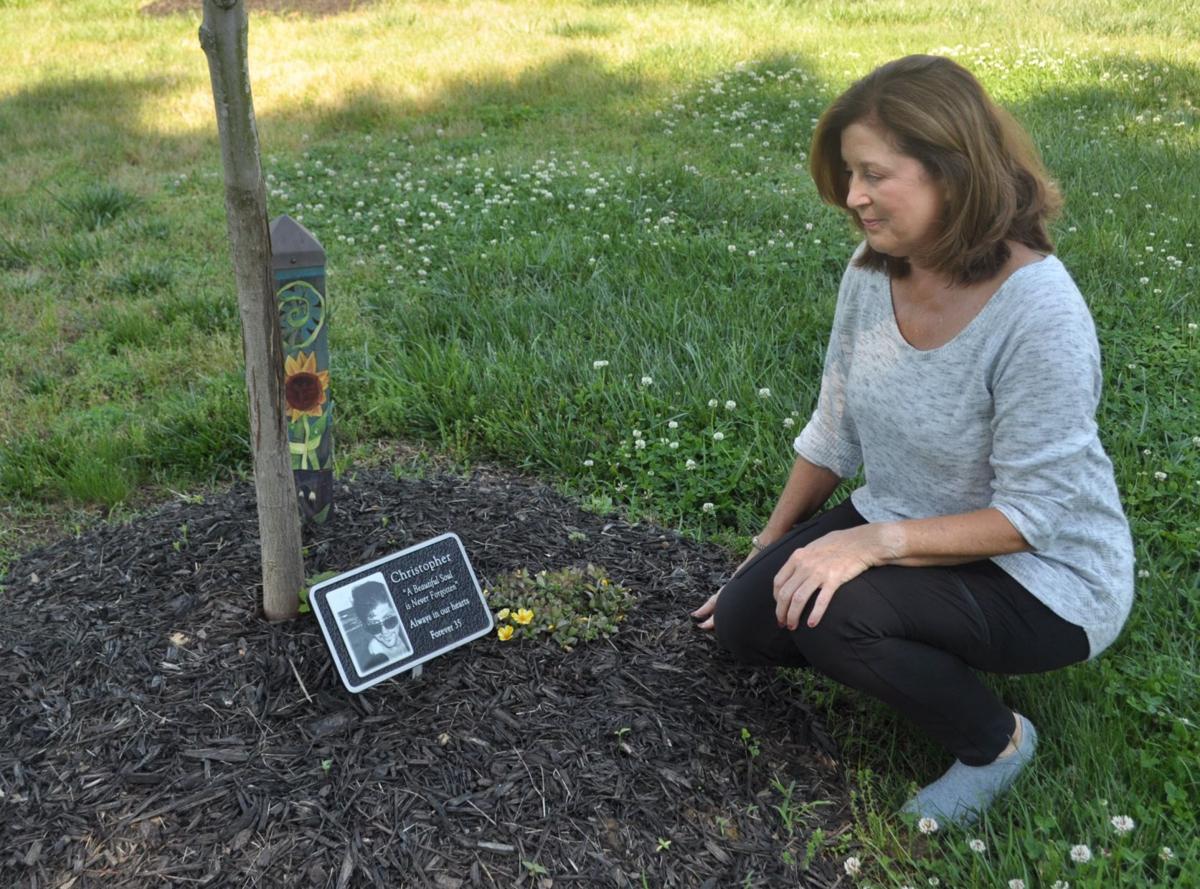 Sandra Aiken looks at the memorial plaque for her son, Chris Mefford, in her backyard. After Mefford died in 2019, Aiken had his ashes spread across the United States — including by this tree in her backyard. 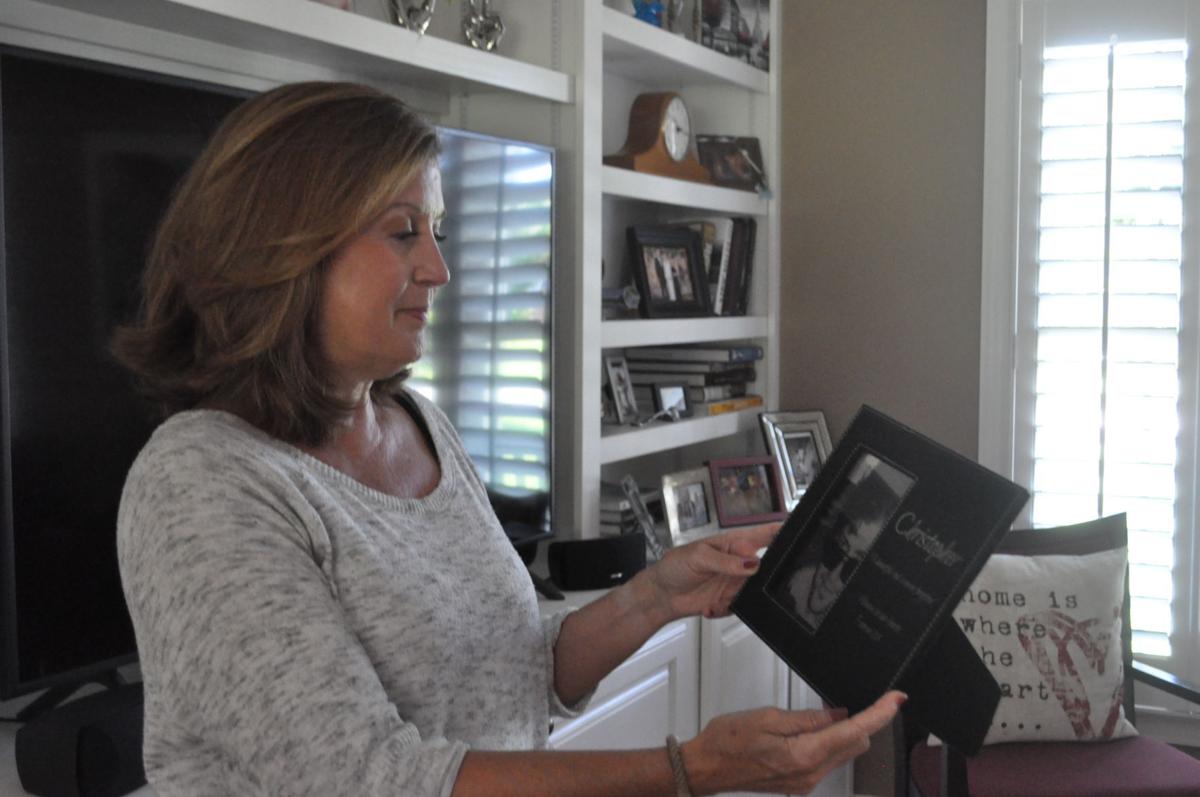 Sandra Aiken looks at a picture of her son, Chris Mefford, remembering the happy times they had together.

Sandra Aiken looks at the memorial plaque for her son, Chris Mefford, in her backyard. After Mefford died in 2019, Aiken had his ashes spread across the United States — including by this tree in her backyard.

Sandra Aiken looks at a picture of her son, Chris Mefford, remembering the happy times they had together.

After the loss of her son, Sandra Aiken’s world was understandably turned upside down. But through the grieving and hurt, she knew almost immediately she wanted to find away to honor her son.

Chris Mefford loved being a nurse, Aiken said, so ultimately she decide to reach out to Madisonville Community College to create the Chris Mefford Memorial Scholarship for nursing students.

“It took a while for me to collect what I really wanted to do,” she said.

After talking to Raegina Scott, director of advancement at MCC, they decided to set up an endowment scholarship in Chris’s name, she said.

Scott said an endowment will continue to provide money for the scholarship for the rest of its existence.

There has to be a certain amount of money saved for an endowment, so Scott helped her reach that goal, said Aiken. Friends and family members started donating to reach the $10,000 needed, with one friend donating $5,000.

“It just turned into an outpouring of support for him,” said Aiken.

Mefford passed away in July 2019 from an opioid overdose, she said.

“He struggled with addiction, he got his degree and a job, so he was very functional, but it was opioids,” said Aiken.

Mefford was a registered nurse in the trauma unit at Broward Health Medical Center in Fort Lauderdale, Florida, she said. His nursing instructors and co-workers spoke very highly of him and said he was someone the patients and families loved.

“He was such a good nurse and so compassionate that I was just trying to think of ways to continue his legacy of caring and giving back to others,” said Aiken.

The first scholarship will be $1,000 and awarded for the fall 2021 semester to pay for books, tuition and program costs for nursing students in their second, third or fourth semester.

Scott said she and Aiken decided to make the scholarship available to nursing students in their second, third or fourth semester because nursing is a hard degree choice, and they wanted to make sure they stuck with the degree.

Aiken said nursing is not for everyone, and you have to have a certain personality to do it.

“I thought what better way to continue his legacy than to give back to students that need help getting started,” she said.

The scholarship applicants are asked to submit an additional paragraph on why they chose nursing or what inspired them to get into nursing.

“We want it to be somebody who is kind of like Chris that has the same compassion and same caring for others,” said Aiken.

She said Scott and the college are going to include her in some of the decisions when it comes time to determine the scholarship recipient. Aiken hopes that as the endowment increases, they will be able to give out more than one scholarship a year.

Nursing students interested in applying for the Chris Mefford Memorial Scholarship can apply through the MCC website under the Affording College and Scholarships tabs.