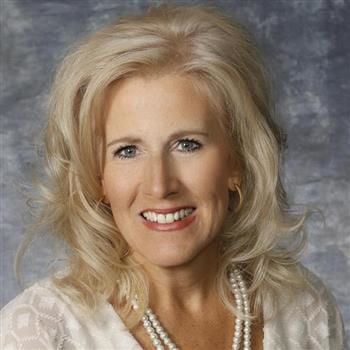 In a sea of ever-changing landscapes, school districts are laying the foundation for the next school year.

What will it look like? When will it start? How many students may be in a classroom, or even on a bus?

More questions than answers, perhaps. But the work has begun in earnest as superintendents across the state are meeting multiple times a week planning for the uncharted and often, the unknown.

Hopkins County Schools Supt. Dr. Deanna Ashby and Dawson Springs Independent Schools Supt. Lenny Whalen have been working with their respective boards of education and staff to work through proposals by the Kentucky Department of Education.

On Monday night, the Hopkins County board will vote on its school calendar. KDE has asked each district’s board to approve multiple calendars for next year with three options — an early opening, a traditional opening and a late opening.

Ashby and Whalen said they didn’t believe the early opening was a viable option, as it doesn’t give districts adequate time to prepare staff or students for returning.

The early calendar is in anticipation of a mid-year school closures because of a potential spike in COVID cases, and schools would open sometime in July under that model, according to KDE’s COVID-19 Considerations for Reopening Schools document.

Ashby said Hopkins County’s previously submitted calendar, with a Thursday, Aug. 6 start date, had already been approved by the board, and with it’s start time near the end of July, they will use it as their early start option.

Another calendar the school board will look at is called a variable draft, which could add 20 minutes to a school day, so there would be fewer days in the school year, but the schools would complete their federally-required 1,062 instructional hours.

“If we do something like that, then that would cause us to begin late August, instead of the beginning, with teachers beginning around the normal Aug. 6 start date,” said Ashby.

The variable draft calendar could be beneficial, as it would give time to faculty and staff to prepare and adequately train them for a new normal, she said. This could include training on proper classroom cleaning and fully understanding what transitions between classes, before and after school, could look like. They could also use the time to prepare and improve their online teaching options.

The late start calendar is also a variable draft, with teachers coming back the second week of August and students not coming back until after Labor Day in September. Ashby said the difference between their traditional and late is not much and will depend largely on how the pandemic progresses.

“The district’s calendar committee is reviewing these drafts and will make recommendations in modifications prior to me presenting this to the board Monday night,” said Ashby.

KDE said in its reopening document that districts should remain vigilant in preparing for sudden, intermittent closures or rapid transitions to extended periods of remote or virtual learning.

“It’s very possible that not knowing what’s going to happen with COVID over the summer, that we might have to start the way we ended (with nontraditional instruction), we hope not,” said Ashby.

After the board’s decision on Monday, the district can start preparing for the remainder of the year.

“Once we get this framework, and we start to map out our plans, we’ve got to be prepared that if we started on a normal start to reopen, what would that look like?” she said. “Because nothing’s going to be normal anymore because we’re going to have to deal with social distancing, are we going to wear masks? How are you going to transport kids? What does lunch look like? What does learning look like?”

Ashby said they are considering several models, including the traditional learning model, a type of blended model with both traditional and nontraditional instruction, and an all virtual model.

“There are several models that we will have to be prepared for, and KDE is calling it our ‘Playbook,’ ” she said. “We’ve to have a play based on whatever our opponent, COVID, is going to send our way.”

Approving the calendar is the first phase for districts to pursue reopening, after which they will decide what times to begin and end the school day.

Once those times are set, districts will continue to monitor what’s happening in the county and region. They will watch to see if there are spikes in COVID-19 cases, or if they have plateaued, said Ashby.

“We’re in hopes that we’ll be able to start on our regular Aug. 11 date, and if things look like we need to push back, then we’ll probably looking at a Sept. 1 date,” he said. “Everything’s up in the air right now. We just need to see what really shakes out over the next couple of months.”

Whalen said they would monitor the situation throughout the summer to see what the Center for Disease Control and Prevention guidelines become and listen to state and local health officials.

No one knows fully what next year will look like, but superintendents are listening to a lot of different ideas that may or may not come to fruition, said Whalen.

“I’m hoping we can start on our normal date in August, go by certain guidelines and have all of our students here together and all that, that’s kind of what we’re hoping,” he said.

Ashby said this period has probably been the most challenging thing she’s faced in her time as superintendent.

“I think most superintendents would agree across the state because we’re trying to balance teaching, learning and safety,” she said. “While we’re very appreciative of the guidelines that come down from the Department of Public Health and the CDC, some of them would be very hard to implement in school, so it is our job to be practical and prudent in our approach. We’re trying to figure out what that looks like.”