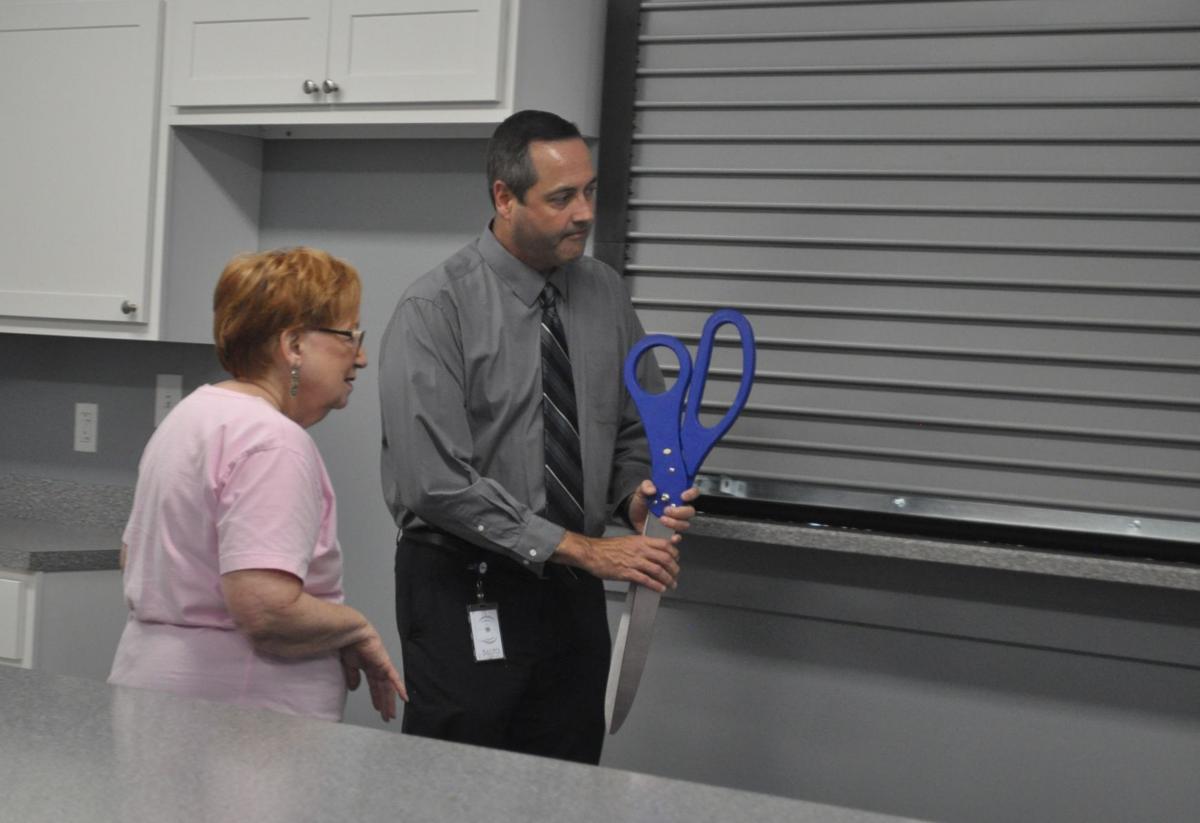 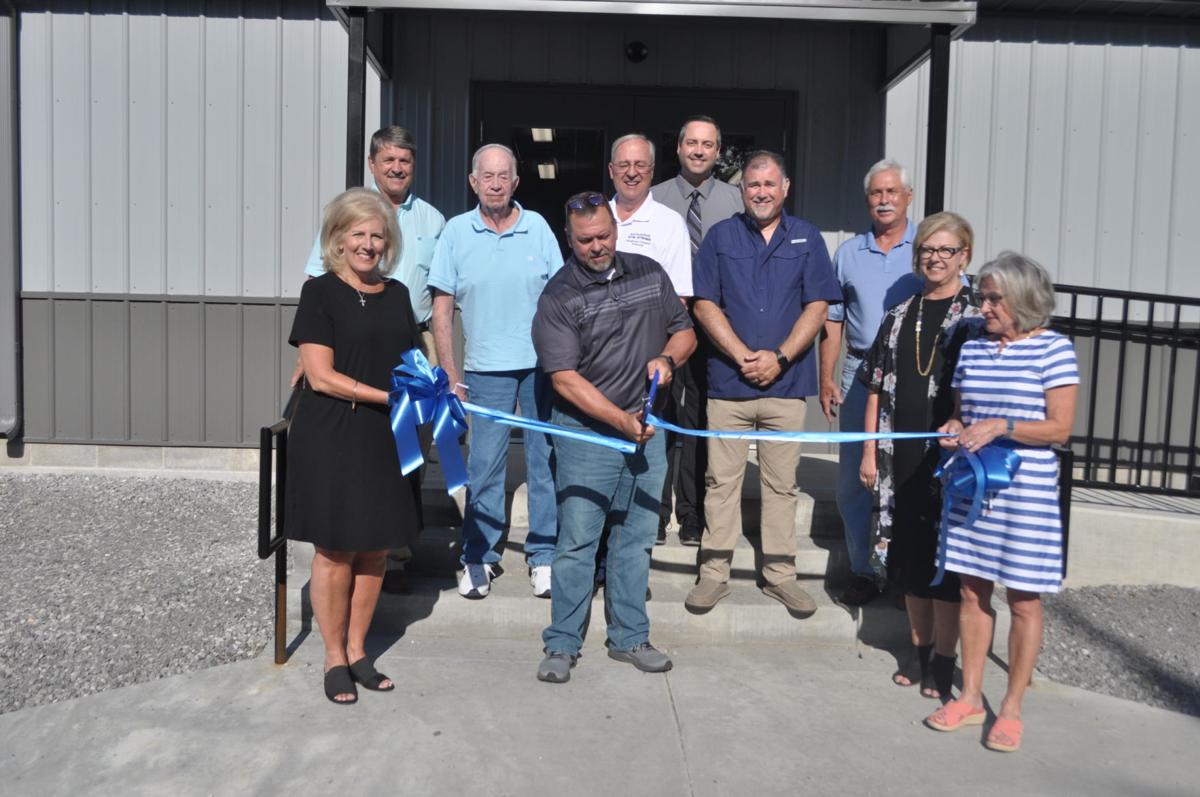 Assistant Superintendents Marty Cline and Amy Smith said the facility and fieldhouse were previously two separate buildings that were several decades old, and that had fallen into disrepair.

“I just think we have to go back and thank all the board members that have been through this process,” said Cline. “We are very appreciative that they had the foresight to look forward and get behind this process because of the need that was there with the program and our bus drivers.”

The building is split down the middle with the training facility on one side and the field house on the other, he said.

The previous facility did not have an office space for the coaches, the locker rooms were not usable and the restrooms were not available, he said. Now, the space is new and ready to be used by Browning Springs and James Madison middle schools.

“Both Browning Springs and James Madison Middle School football programs will be able to use this facility and use this field as their home field,” said Cline.

He said the Madisonville Rotary Club partnered with the school on the concession area because the facility and field will also be used for Rotary football.

Since construction started on the facility, the field was not able to be used, he said, so the middle schools have been playing games at Madisonville North Hopkins and Hopkins County Central high schools.

“While this was going on, our high schools have been very accommodating,” said Cline.

Smith said the bus driver training area on the other side of the building will still be used for the same purpose and offer a lot of the same amenities as the previous building.

She said the building was used as a training center for new bus drivers and monitors and as a place for them to gather in the morning for community time.

“Even in between routes, some of them live out in the rural area of the community, so they don’t go home between their routes,” said Smith.

They will be able to use the building as a place to converge in the morning and relax between routes, she said. There are even offices for the bus driver trainers now, which is new.

While construction was ongoing, bus drivers were able to use the building across the street as a place to congregate and relax, she said. The building is owned by Madisonville Community College

“It has been our home away from home since they demolished that building,” said Smith. “It will be nice to have that building and not have to use the school building.”

Cline said while there are still some finishing touches to the building, they do expect the building to be open and ready for use by the fall semester.