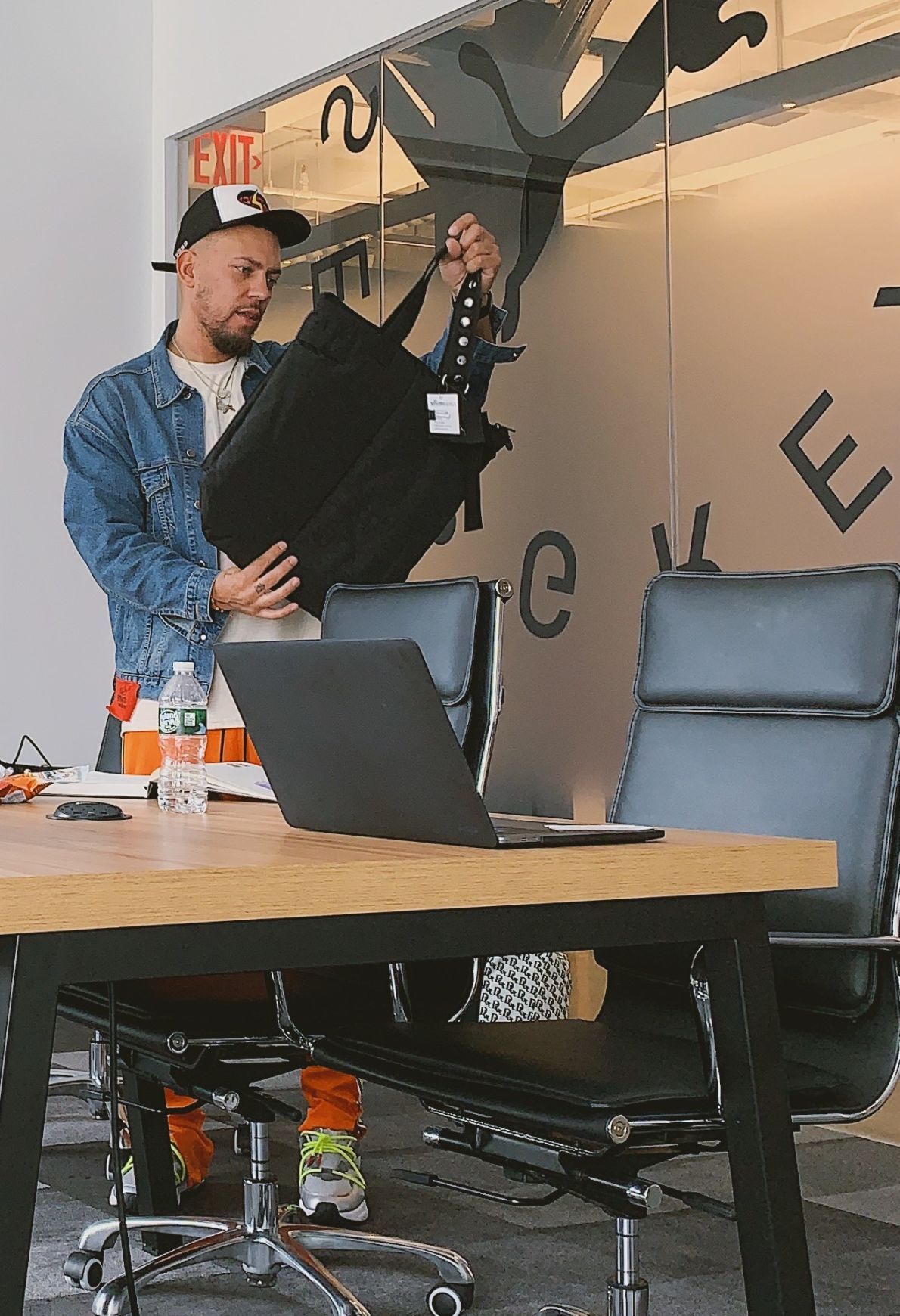 Davin Gentry looks over the luggage designs for the collaboration with Puma. 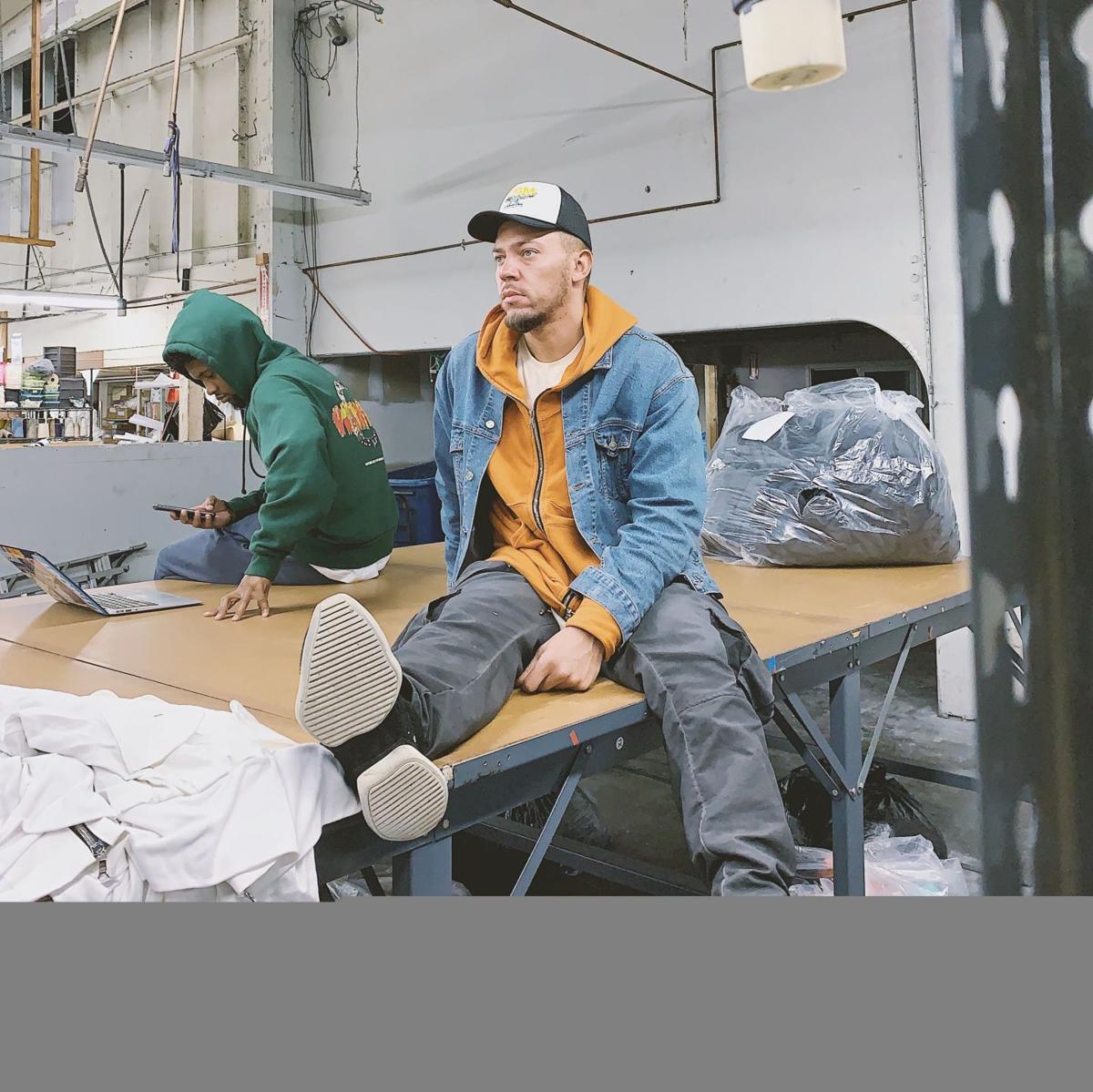 Davin Gentry, right, co-owner of the barand Diet Starts Monday, and his assistant, Daven Fowler, work in a warehouse in Los Angeles back in November preparing for Black Friday. 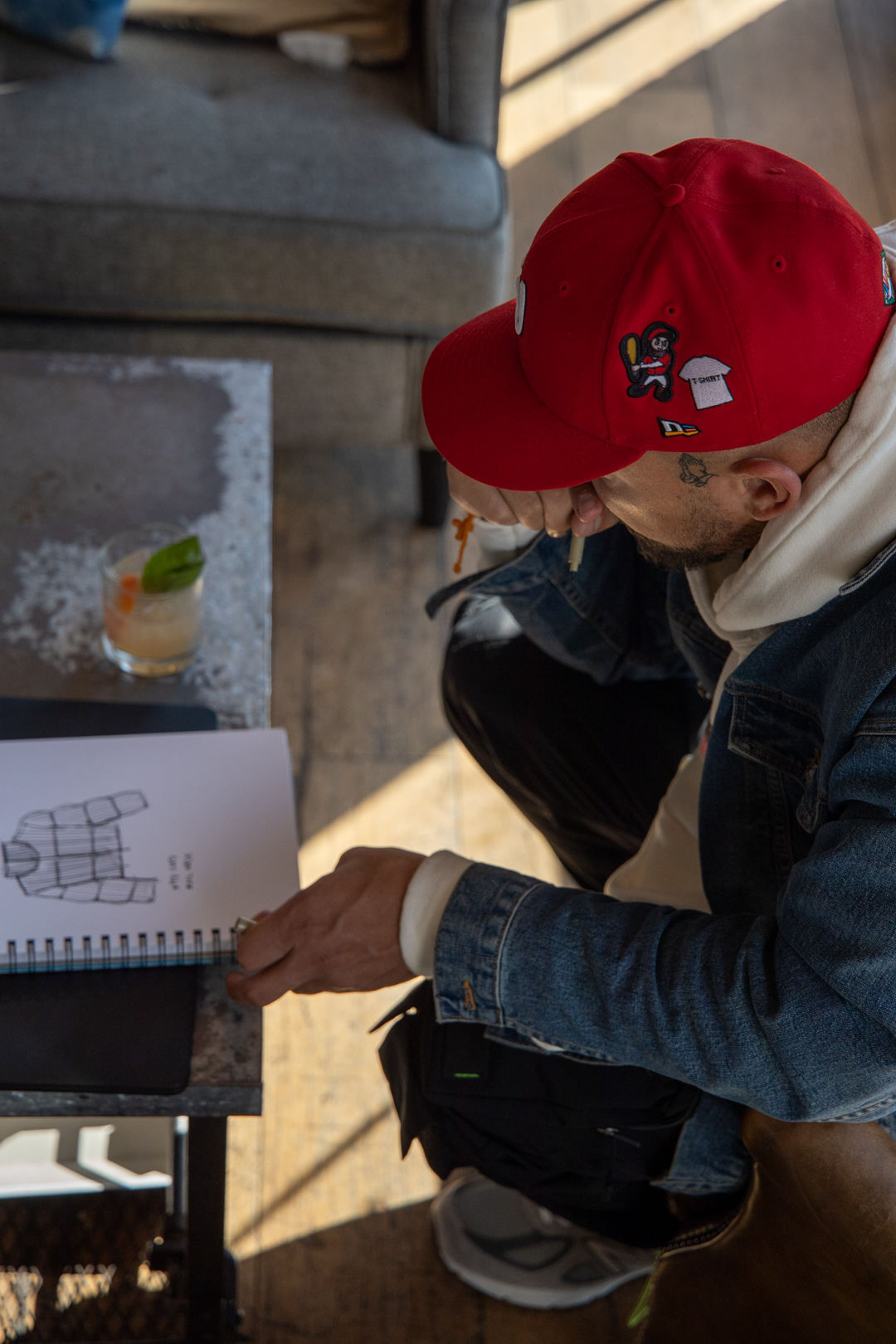 Davin Gentry sketches out a design idea while he is at brunch in Los Angeles.

Davin Gentry looks over the luggage designs for the collaboration with Puma.

Davin Gentry, right, co-owner of the barand Diet Starts Monday, and his assistant, Daven Fowler, work in a warehouse in Los Angeles back in November preparing for Black Friday.

Davin Gentry sketches out a design idea while he is at brunch in Los Angeles.

Davin Gentry recognized early his love of design and fashion — and with the recent announcement of a deal with Puma, the Madisonville native’s hard work and life-long love has hit a new high.

In December, Puma and Gentry released the “Diet Starts Monday” collaboration after many delays and setbacks.

Puma is a German multinational corporation that designs and manufactures athletic and casual footwear, apparel and accessories and is headquartered in Herzogenaurach, Bavaria, Germany. Puma is the third largest sportswear manufacturer in the world.

The road to Puma has been an interesting ride, says Gentry.

Born and raised in Madisonville to Dwaune Noel and Lori Gentry Hilburn, Gentry played basketball for the Maroons and graduated in 2003.

In 2004, he started hand painting his T-shirts while at Madisonville Community College.

“It started as a necessity for me to be able to create clothing that I wanted to wear,” said Gentry.

In 2005, Gentry attended Western Kentucky University to study advertising and graphic design. There, the trend continued with friends wanting hand-painted shirts and clothing.

Initially, Gentry worked in retail at Old Navy while in college, but his custom shirts started picking up and he ended up quitting to work full-time on his own designs.

“Once I got comfortable with graphic design, that replaced hand painting, just because I was able to mass produce,” said Gentry.

He said while the one-on-one designs were special from a customer stand point, from a business stand point, making one design then printing 100 copies was better for profit margins.

Gentry hand painted shirts from 2004 to 2011 when he moved to the northern Virginia area and started Premium Co. — a jewelry brand — with friend, Tyler Hundley. After a few years of designing jewelry, Gentry felt an urge to get back into fashion so the duo started putting together some ideas under that brand name.

“We didn’t really know if our customer base would appreciate that or if they wouldn’t, but we tried it and, to our surprise, it was really successful,” he said.

After a few releases of clothing, they realized the profit margin was better and the demand higher for clothing than it was for jewelry.

“The clothing surpassed our jewelry sales instantly,” said Gentry. “We were selling to retail stores world wide in London, Canada and across the U.S.”

Their first big clothing release of around 300 units sold out 10 minutes after they were released. From there, they decided to create another 300 units of the clothes thinking supplies would last a few months, but that batch sold out within minutes of being released, too.

“It was just really crazy for us,” said Gentry.

In 2016, Gentry was approached by a friend, John Geiger, who wanted his help in starting a clothing brand. Gentry agreed and became the co-face of the brand “Diet Starts Monday” — a phrase he and Geiger coined when traveling to trade shows while eating terribly, staying up late and not living a very healthy lifestyle, he said.

“Diet Starts Monday, yeah it is a catchy phrase, but it is is more than that,” he said. “It talks about battling procrastination and not putting things off.”

The brand was launched in May, 2017 with a retail pop-up shop in Washington, D.C. The pair decided to open a restaurant and bar that had their clothing on display and called it Diet Starts Monday Retail, Restaurant and Bar.

The shop was just supposed to be open for three months, but the landlords saw how well business was going and encouraged them to extend their lease.

“We didn’t know anything about retail and those months leading up to summer are supper slow, so those months weren’t really successful for us,” said Gentry.

By the end of 2018, Gentry and Geiger decided to close the shop in D.C. to focus on the brand itself. Both were working on other brands along found operating the store to be more trouble than they had anticipated.

Later that year, Gentry and Hundley decided to dissolve Premium with Hundley becoming a partner in Diet Starts Monday.

They had nine pop-up shops in a span of 10 months from 2018 to 2019. Gentry believes the pop-up shops are what caught the attention of Greenhouse, a brand owned by Foot Locker, in October 2018.

Greenhouse facilitates relationships between brands like Diet Starts Monday and larger, more well-known brands like Puma, Reebok and Adidas, said Gentry. Greenhouse approached the partners and gave them a choice on who to collaborate with. Ultimately, they chose Puma.

In early January 2019, Gentry and Hundley — now his only partner at Diet — went to Boston to meet with Puma and started working on the project, which had an original launch date of June, but due to COVID-19, was shut down for several months.

“I had no clue what that meant,” said Gentry of the pause.

In August 2020, Puma reached back out to Gentry and said they were back up and wanted to finish the project.

“Even though we were frustrated with how things had gone, we were still excited with the success,” said Gentry.

The collection with Puma is foot wear, clothing and luggage — including suitcases, duffel bags and tote bags, he said.

“You get so caught up in the work of it that you don’t take the time to reflect and look back and really think about how big of an opportunity it is,” said Gentry.

Seeing all the support from the Madisonville community and the surrounding communities was amazing and the most rewarding part of the process, he said.

Gentry said he wants to one day show people how to achieve things that weren’t presented to him growing up in Madisonville. He’s thinking about setting up some type of workshop so people can talk to designers, photographers, website designers and others to see how they did it.

He ackowledged that is probably down the road, especially with COVID-19.