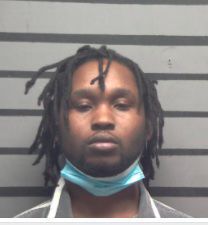 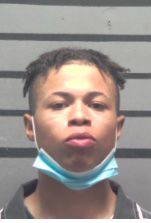 The operator of the vehicle, Nicolas D Hunter, 20, was charged with various traffic offenses as well as possession of drug paraphernalia and first-degree fleeing or evading police.

Byron Jones, 23, was charged with tampering with physical evidence and served with a bench warrant from Todd County District Court for failure to appear.

Jordan Choate, 22, was charged with possession of a handgun by a convicted felon and fugitive from another state.

The incident began around 9:05 a.m. when a KSP Post 2 Trooper attempted to conduct a traffic stop on a 2010 Nissan Altima for a speeding violation near the 125 mile marker on the southbound lane of I-69.

According to reports, the vehicle continued to travel south while the occupants were discarding items out of the windows.

Police say at exit 120, a tire deflation device was deployed causing the driver’s side tires to deflate on the vehicle. The pursuit continued and the vehicle exited at exit 116, entering Madisonville.

After making turns on city streets, the vehicle stopped on West Noel Avenue where the three men were taken into custody without further incident.

As of Tuesday afternoon, all three men remain housed at the Hopkins County Jail with cash bail bonds of $5,000 for Hunter, $2,500 for Choate and $2,775 for Jones. No court dates have been set.