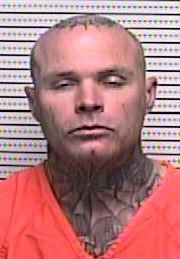 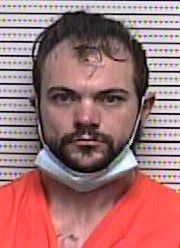 An 18-mile chase that included shots fired at law enforcement officers ended in Hopkins County with two men under arrest for attempted murder.

Greenville Police spokesman Wes Miller, who was part of the chase, said Connis J. Denny, 30, of Paducah drove away during the noon hour Tuesday when Chief Darren Harvey tried to pull him over.

At one point, Harvey drove in front of Denny’s vehicle, Miller said, but Denny rammed it and kept going. Then as the chase went down U.S. 62, Denny reportedly swerved his car several times so a passenger could fire a handgun. Miller said bullets hit the police car, but no injuries were reported.

Miller said the pursuit ended at the Pennyrile Parkway interchange in Nortonville, when the Hopkins County deputy and a Kentucky State Police officer deflated the suspect’s tires.

Denny and passenger Jesse A. Neal, 32, of Central City surrendered in a parking lot. Miller said Neal threw a handgun out of the car before the chase ended, along with about 82 grams of methamphetamine.

Denny and Neal were held in the Muhlenberg County Jail Thursday on charges of three counts of attempted murder of a police officer, first degree meth trafficking, wanton endangerment against a police officer, fleeing/evading police and possession of drug paraphernalia. Denny is also charged with first-degree criminal mischief, no operator’s license and reckless driving. Neal faces an additional charge of tampering with physical evidence.