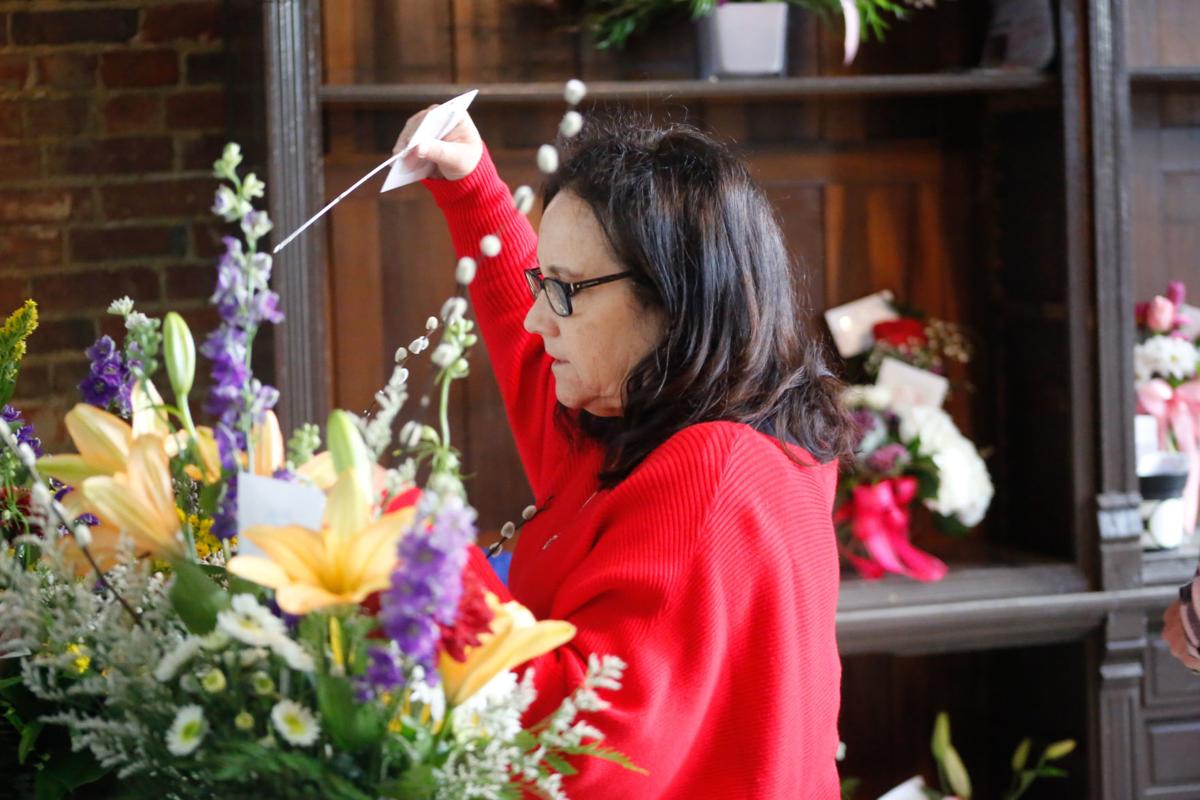 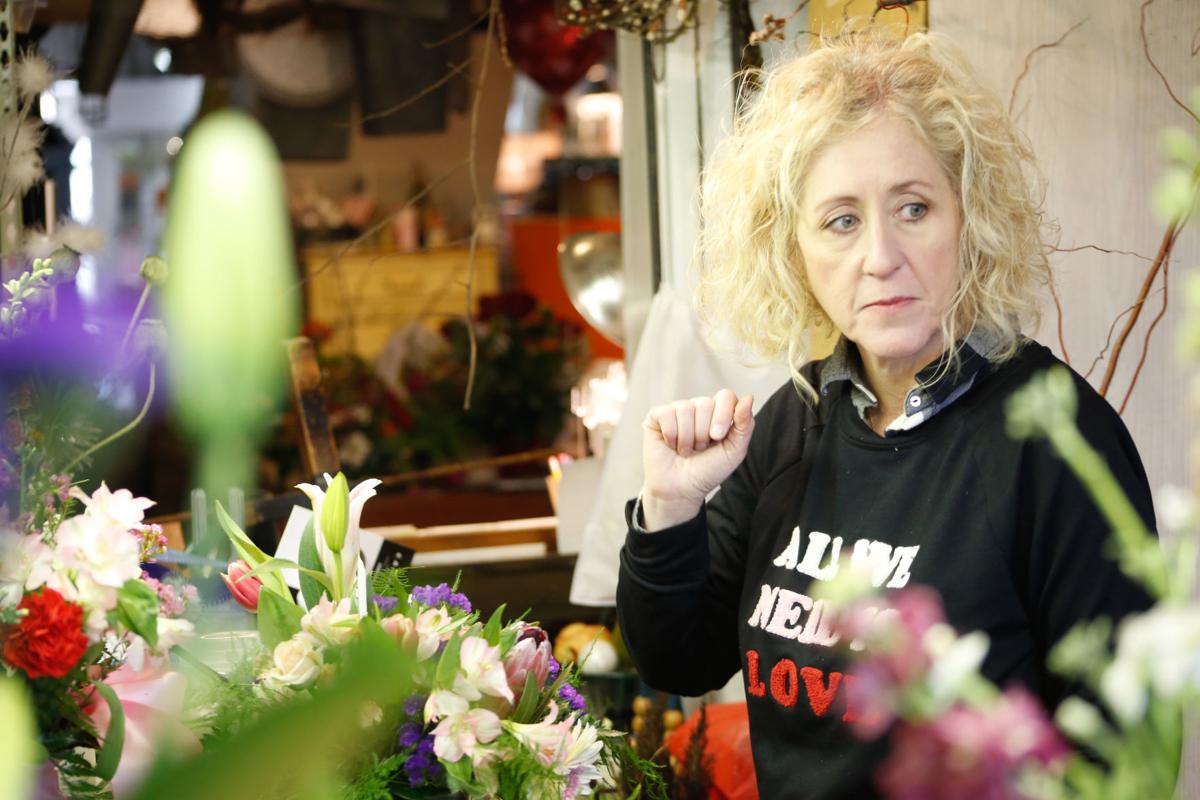 Mark of Distinction owner Wendy King created arrangements in the back of her shop during the Valentine’s Day rush. 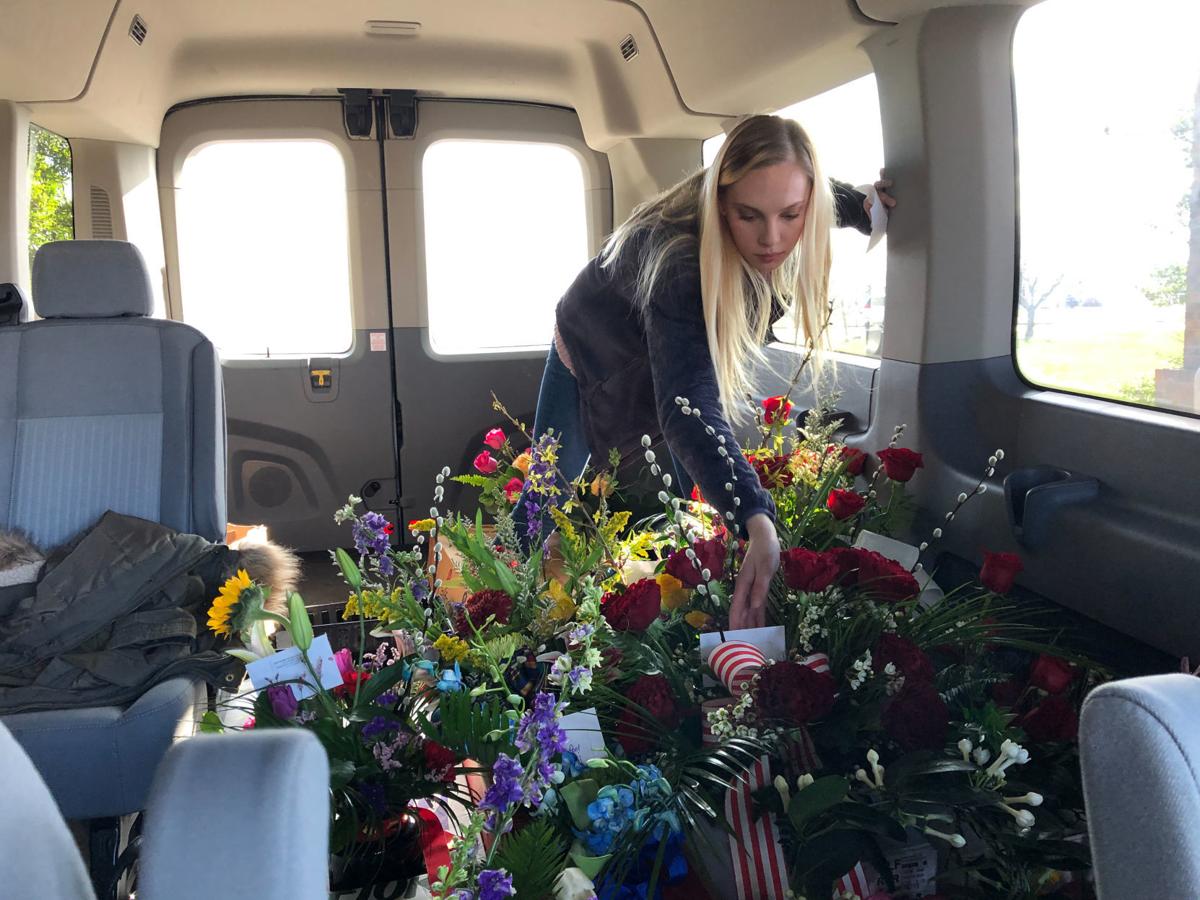 Mark of Distinction owner Wendy King created arrangements in the back of her shop during the Valentine’s Day rush.

Delivering love comes in all shapes and sizes, from flowers on Valentine’s Day to an engagement ring in a box — and everything in between.

Around the country yesterday, more than half the population spent an estimated $2.3 billion on flowers, according to the National Retail Federation.

Throughout Hopkins County, florists have been planning and anticipating this year’s “Day of Love” since last fall. In their 116th year of business, Metcalfe Florist and Pleasant View Green House order 2,500 traditional red roses to sell.

“Valentine’s gives us an opportunity to help others show their love,” said owner Penny Metcalfe. “It’s a real honor, even though it’s such a big rushed day. Last year, we had on Valentine’s 175 deliveries, and I anticipate it being more this year. It does make a difference what day of the week the 14th falls on.”

Typically, the weekends are the least favorite time for the lovers’ holiday to fall on for florists, said Mark of Distinction general manager Lisa Stanley.

“Normally, on Fridays, people don’t send a lot of flowers because they go out or go away for the weekend,” she said. “We’ve all been shocked by how many orders that we’ve had, and we’ve had to order and reorder flowers because we weren’t expecting a big day. I think we’ll top last year.”

“From about October to December in the florist industry are good months, because of Christmas. Then usually your May and June because of Mother’s day and weddings,” she said. “And, Valentine’s Day kind of makes your January, February, and March.”

Each year Valentine’s day, based on those three months, brings in close to 20% of their floral business, said Stanley.

This year has certainly been an up year, said King.

“I don’t know if it’s just because of the economy, in general, is better, but my wholesalers that I’ve talked with say they’re all up, too. I think it’s across the board, and that’s good to hear.”

“I volunteer. A lot of us here are not here on a day-to-day bases,” said Kaye Bowles. “When you call here, and you place your order, you’re getting something that’s personal, and when it comes to expressing your love, that’s what you want.

“When she sees it, her face just lights up, and she knows you really truly thought about her, and put thought in their arrangement,” she said. “Love and relationships are different, and at Mark of Distinction, they want to make sure every flower is different and represents the love that person is trying to convey.”

“We have a lot of roses, mixed flowers, we’ve got candy and balloons,” she said. “We (also) have traditional Valentine items people are interested in.”

Durban said her hopes during Valentine’s is to spread goodness with each of her arrangements.

“You hope you can make people happy,” she said. “We hope to bring smiley faces to the people that receive the flowers — that’s our goal.”