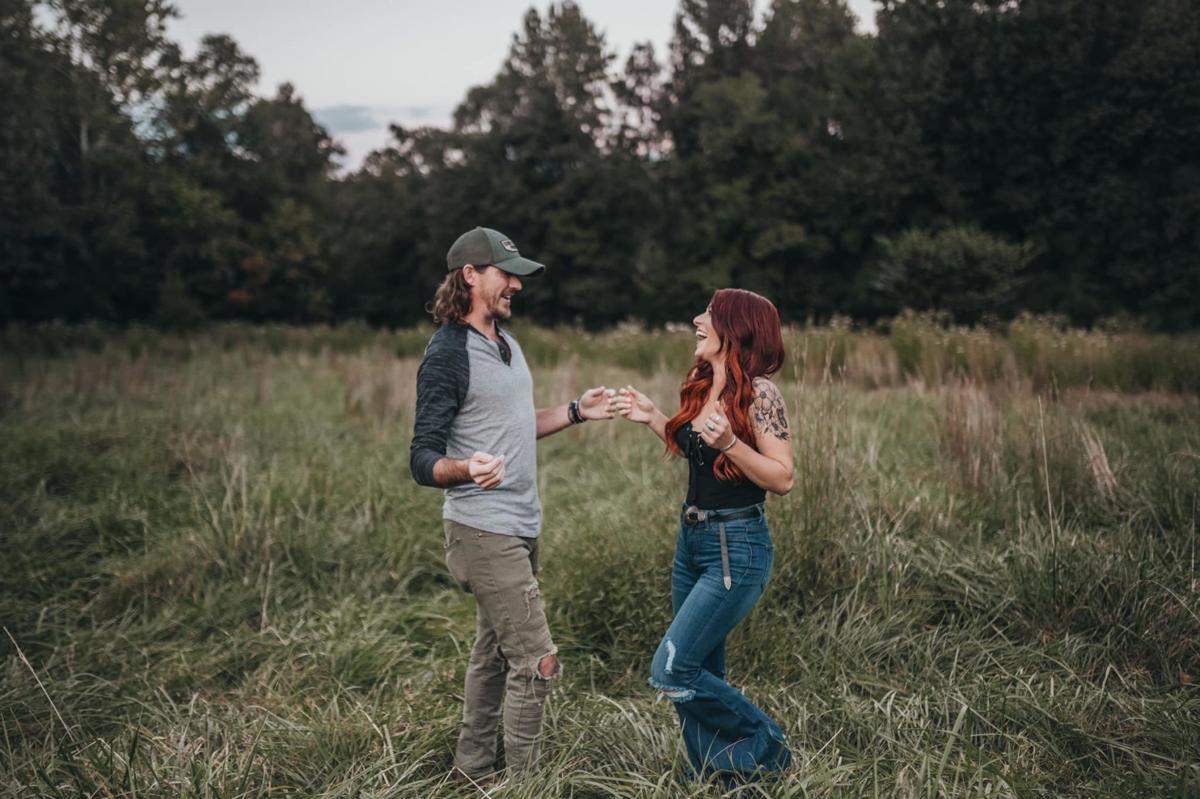 Photographer Cecily Pierson caught the exact moment Adam Scott and Luci Bess met each other face to face in what is called a stranger shoot. The couple now performs music locally together. 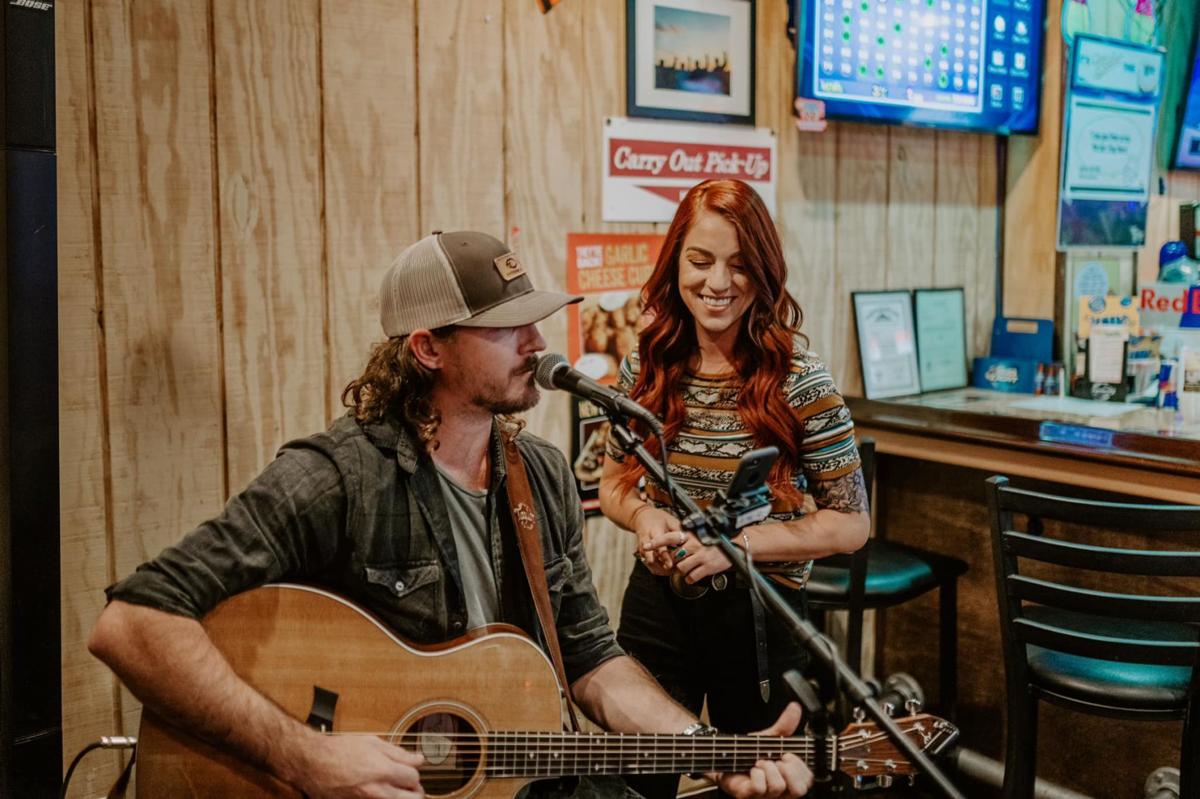 Photographer Cecily Pierson caught the exact moment Adam Scott and Luci Bess met each other face to face in what is called a stranger shoot. The couple now performs music locally together.

Luci Bess describes the last 10 years of her life as a winding road full of ups and downs.

“I grew up on a tiny winding road in the middle of nowhere,” she said. “Who knew it would be a foreshadowing of my life. Lots of winding roads meeting a giant 90-degree turn close to home. That’s been the last 10 years of my life. Ups and downs. Beautiful flowers sprinkled casually along the edges of a chip and seal back road.”

An aspiring singer and songwriter and local business owner, Bess has experienced loss, but has remained resilient.

After five years at Belmont University, her stay in Nashville ended up being seven years learning the ropes of the music industry, even auditioning for “The Voice” and making it to the second round but being cut right before the televised portion of the audition process.

When Bess moved home, she sang with a band called Headed South.

After the group was put on hold, Bess said she wanted to be able to play her own music.

“I tried to play with other people, and I kind of got tired of having to rely on others to play for me,” Bess said. “I have been trying to play for myself some, and I’ve been doing a little bit of songwriting also.”

Bess’ return home also had her being a mother.

“After a failed marriage, I found myself back at home on that same backroad navigating the world of a young single mother of a little girl, Farrah, who desperately needed her mom to be resilient,” she said.

In February 2016, she met Travis. The couple married in June 2017 and soon added to their family.

“My daughter wanted a sibling,” she said. “Travis’ mission in life was solely to be a father. It’s all he ever wanted.”

“We were complete for a moment,” said Bess. “Even planning to try for a little girl.”

Owen was just 5 months old when Travis died in a car accident.

“We never saw his face again until the funeral,” Bess said. “For the last two years, I’ve been navigating and battling grief, anxiety, pain, depression, denial, and single motherhood. I’ve been rebuilding the world around me — piece by piece.”

She began by leaving her job at a local bank that she had worked at for five years to play both parental roles and to achieve her goal of opening a women’s boutique called Aster and Ivy.

“She asked what I thought about a stranger session,” Bess said.

A stranger session is introducing two people at a photoshoot and documenting their reaction as they meet each other for the first time through pictures.

“I was hesitant at first,” Bess said. “But then I thought what have I got to lose?”

“Luci is a dear friend of mine, who I met as just a client,” said Pierson. “Over the years, I was fortunate enough to capture her family grow. They instantly felt like family. I was there through the tragedy Luci had to experience. And as a photographer, it hits differently and it hits close when something tragic happens to a family who’s moments you’ve captured the whole way.”

Pierson was particular about who she picked for the stranger session.

“Neither of us really took it seriously, that it would actually come together and happen,” Pierson said. “I knew personally that I’d have trouble picking the perfect candidate. And I’ll be honest, I didn’t spend a whole lot of time looking for someone. I did a couple times and it went nowhere. Nobody I felt was worthy enough for this one.”

Eventually, Pierson found Adam Scott, who also is a singer and songwriter.

The stranger session was set up and both were ready to meet.

“I didn’t know his name or where he was from, what he looked like — and the same went for him,” Bess said. “I was dedicated to following through with the mission, which was getting the real response. They had him set up in the field and I was hiding in the car. I could hear his voice but couldn’t see him. They had me walk and put us back to back and had us turn around and that was how we met.”

Bess said she was “pleasantly surprised.”

“Everything just felt right,” she said.

“We put social media to the side and made sure we actually did get along,” she said. “It was surprising, I expected people to pay attention but didn’t expect this much attention. It was really nice to have the support and have people caring about what happened.”

The couple has also been performing together with mostly his original songs and covers. Recently, the couple performed at Wings Etc. and Dugger’s in Madisonville.

“I like music that makes you feel something,” Bess said, adding that performers like Miranda Lambert and Stevie Nicks are ones that influence her.

Bess said the duo is planning to travel for performances as well including Nashville where both singers started their musical career.

“He moved to Nashville exactly as I was moving back home,” said Bess. “It is weird how timing works out. We probably would have met years and years ago.”

The couple has also started a TikTok account for the people wanting to stay updated on their relationship following the photoshoot. The username is theperfectstrangers.