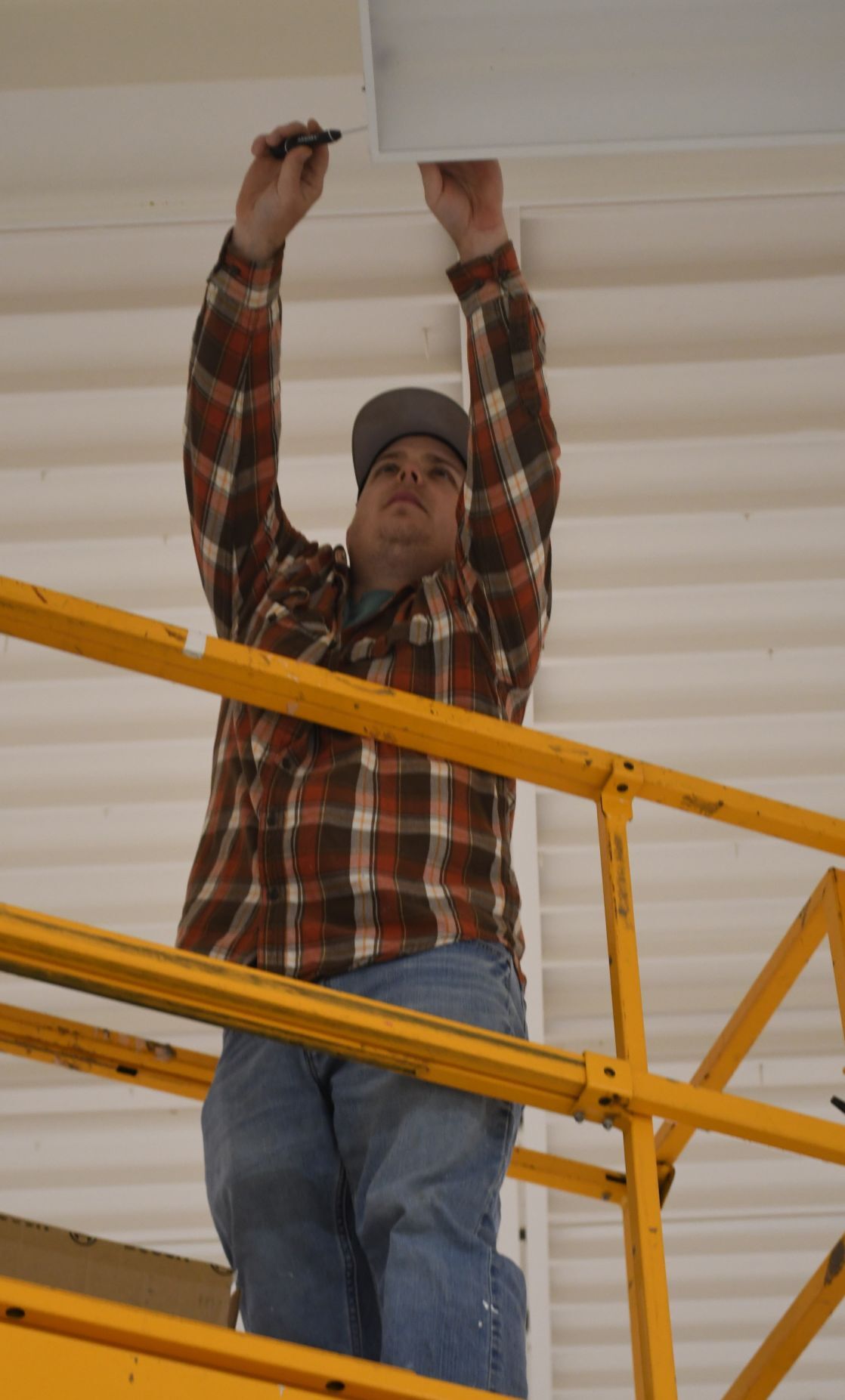 Will Johnson, a sub-contractor for Dunham’s, installs security cameras at Dunham’s Sports store at the Parkway Plaza Mall in Madisonville. 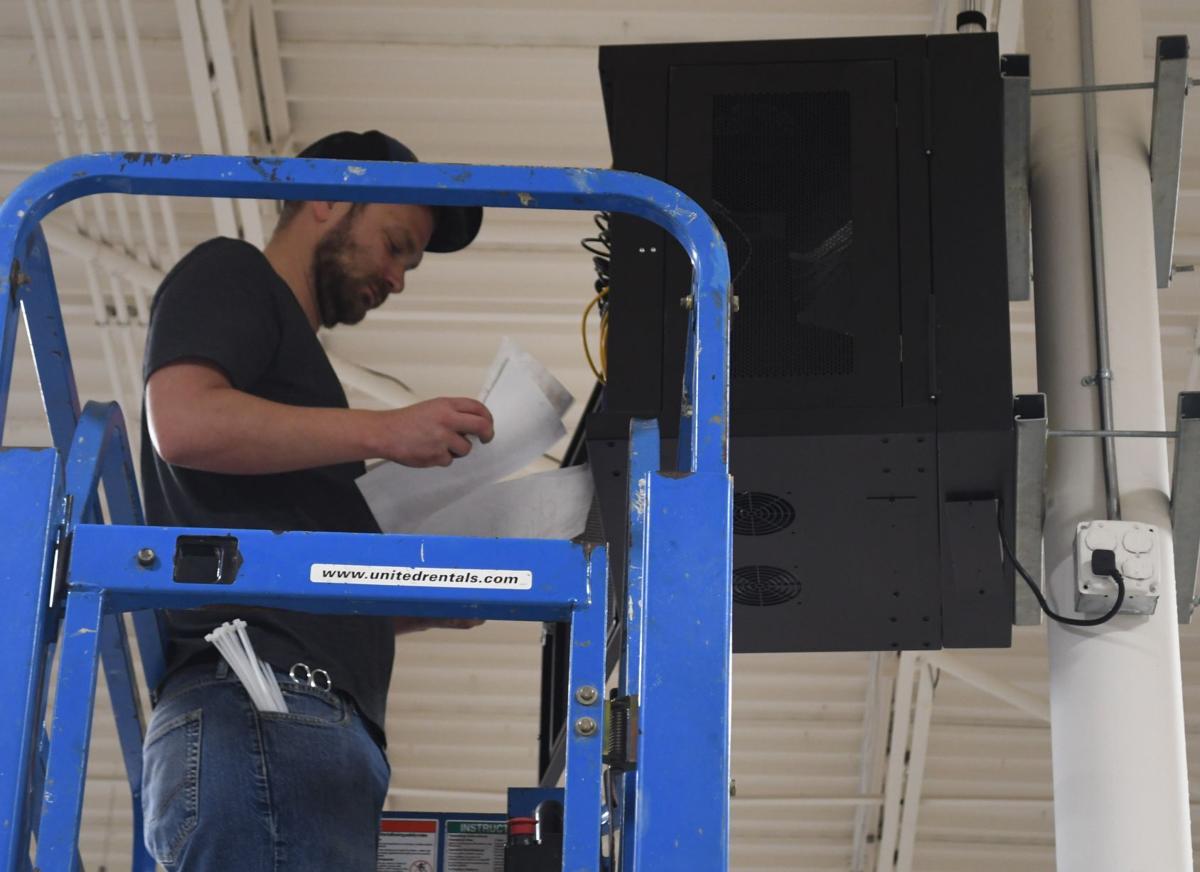 Chris Pool, with NSI Technologies, sets up Dunham’s telecommunications and computer systems Wednesday at the mall.

Will Johnson, a sub-contractor for Dunham’s, installs security cameras at Dunham’s Sports store at the Parkway Plaza Mall in Madisonville.

Chris Pool, with NSI Technologies, sets up Dunham’s telecommunications and computer systems Wednesday at the mall.

After five months of construction and renovations, Dunham’s Sports has a coming soon sign up at Parkway Plaza Mall.

Don Allender, owner of Matrix Commercial Construction and the general contractor on the project, said he was finishing up construction on Wednesday and had already handed everything over to Dunham’s.

“They will start having inventory come in and will start shelving and inventorying,” he said.

Dunham’s Sports was started in 1937 in West Bloomfield, Michigan as a small shop called Dunham’s Bait & Tackle, according to information obtained from the company’s website. Over the years the business has grown to include over 235 stores across 22 states from Nebraska to Maryland. The company’s main offices are still located in Michigan.

Allender began converting the forman Gordmans’ location in the mall to Dunham’s in May. He said everything went smoothly during construction and they were ahead of schedule.

His company is based in Michigan, the same state as Dunham’s, and has been a building contractor for Dunham’s for seven years. He travels all over the country working on new stores.

“I don’t have employees, so when I got here, I hired a lot of local people, which helped me immensely,” said Allender. “Your local contractors have been a big plus to this.”

He said all the local contractors stepped up to the plate to get everything done. He said Josh Mitchell from Downey Construction was a big help in getting things completed ahead of schedule.

Although no opening date has been announced, positions are being advertised for cashiers, team managers, and general managers for the Madisonville location.