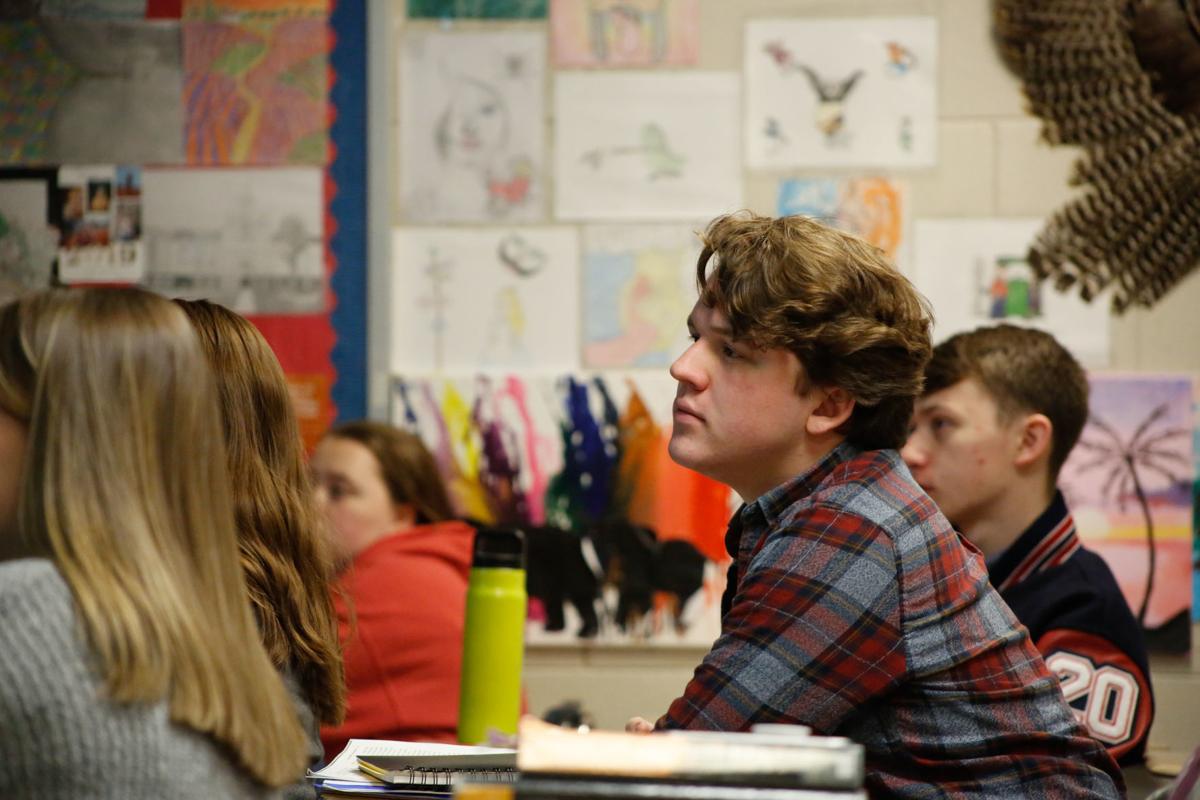 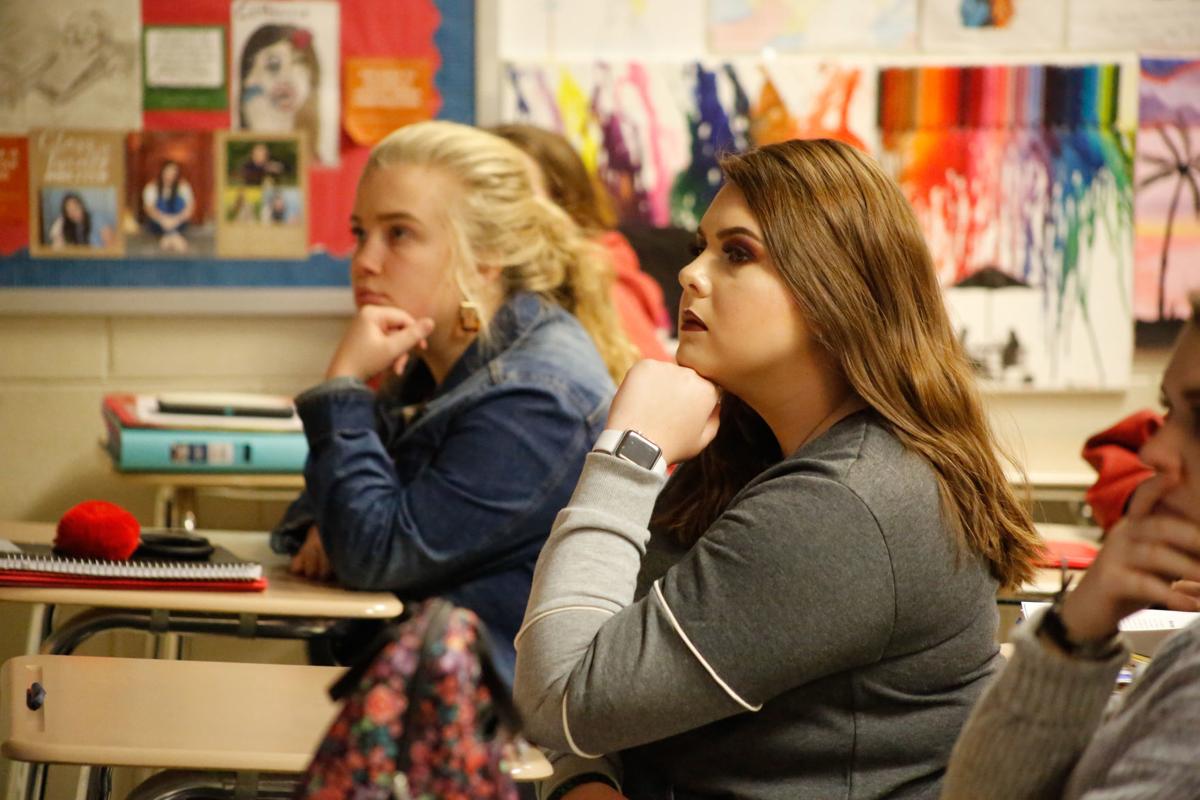 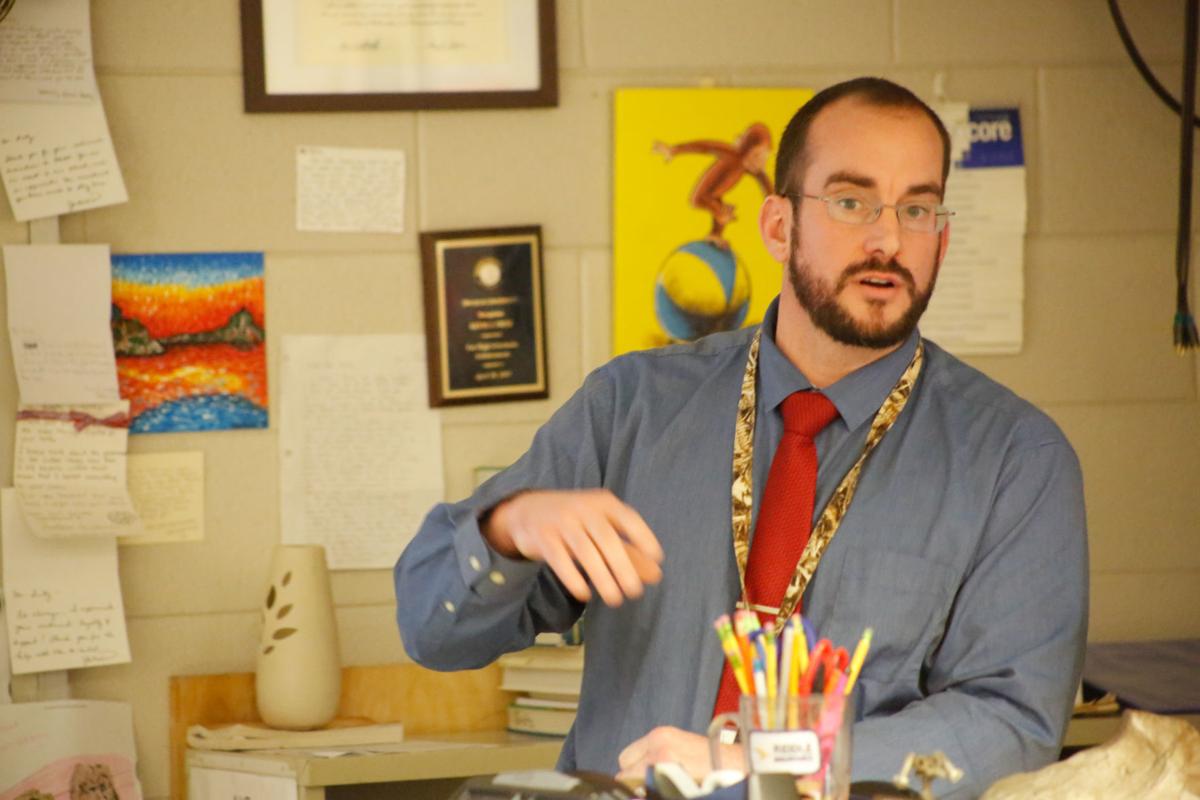 Central’s Advanced Placement government teacher Kevin Fritz talked with his students about the ramifications the Senate’s impeachment trial could have on the government.

Central’s Advanced Placement government teacher Kevin Fritz talked with his students about the ramifications the Senate’s impeachment trial could have on the government.

With Tuesday’s start of the trial, students have been watching the drama in Washington, D.C., playout in real-time. Class time on Wednesday was dedicated to watching a portion of the live proceedings.

“I think the trial says a lot about the state of our government,” said Madison Garrett, 17. “How the parties are so divided between each other; how no one can compromise in Congress at the moment. I think with Senate elections coming up, that might change a little.”

Teacher Kevin Fritz responded to Garrett by opening a discussion and asked if students believe this trial will have more of an impact on individual senators than it will on the president.

Abigail Dixon, 17, said she believes this trial will set a significant precedent for future impeachments. She thinks that future presidents may use their executive privilege and power more if Trump is not convicted.

At the beginning of class, Fritz highlighted what happened while the Senate debated the trial’s rules Tuesday.

He talked about how both the House managers and the president’s counsel had criticized each other during the debate, and how Chief Justice John Roberts admonished both and reminded them to have decorum when addressing the “world’s greatest deliberative body.”

Fritz mentioned to his students how senators were in session until early Wednesday morning.

“You guys should know that our senators were busy until almost 2 a.m. trying to hash out the rules for the impeachment trial in the Senate,” he said. “All of the amendments that Democrats wanted for the trial were voted down.”

Sid Richey, 18, said he doesn’t believe the Senate will convict Trump of the Houses’ two articles of impeachment — the abuse of power and obstruction of Congress — because of its Republican majority.

While discussing the trial’s impact on their lives, Nova Gilkey, 17, said a lot of the governmental structures in place are purely political.

“A lot of things in government can be done purely for political reasons and not for forwarding policies or the government’s economic future,” he said. “It’s mostly done because of party affiliation.”

With today’s society being an increasingly polarized environment, Fritz said he wants his students to have a fuller understanding of government and how it works, as opposed to having a basic “water cooler” politics knowledge.

“Politics is not about the traditional things that we grow up hearing. It’s about the structure and interactions of government,” he said. “The whole class is objective. Sometimes different ideologies come through in the way students talk about government, but at the end of the day, we lead those discussions in a very objective manner.”

“Not many presidents have been impeached before, especially during our lifetime,” said Chloe Whitfield, 18. “I think the trial is a good insight, for everyone, to what the political process is, and it’s eye-opening.”

Richey said seeing the process play out had been revelatory compared to just reading about the process in a textbook.

“Actually seeing it play out is something completely different. We’ve only heard about it in a historical context,” he said.

“It’s a cool way of looking at it happening in real time versus on a slide show,” he said.

When discussing politics, party ideologies come out, and one thing Fritz prides himself on his ability to stay in the middle during class conversations.

“Depending on the day and what comes up, students are often confused as to what my beliefs actually are, which I take pride in,” he said.

Fritz’s students hope that through this impeachment trial, more people will come to understand the process.

“Getting impeached doesn’t really do anything,” Smith said, “It’s the Senate trial that really matters. They just finished voting on the rules of the trial, and now the prosecuting team will make their case. Then, President Trump’s team will present the defense, and then the Senate will vote. They will decide if he is guilty of the charges brought up in the House. If he is guilty, he’ll be removed. If he isn’t found guilty, he’ll be acquitted.”

Fritz said the state of government and the partisan politics will play a role in the trial, and he wants his students to understand that.

“That’s a big piece of the AP test, divided government, it comes up a lot on there,” he said. “As citizens, I think it’s really important for them to know that impeachment doesn’t mean a conviction.”