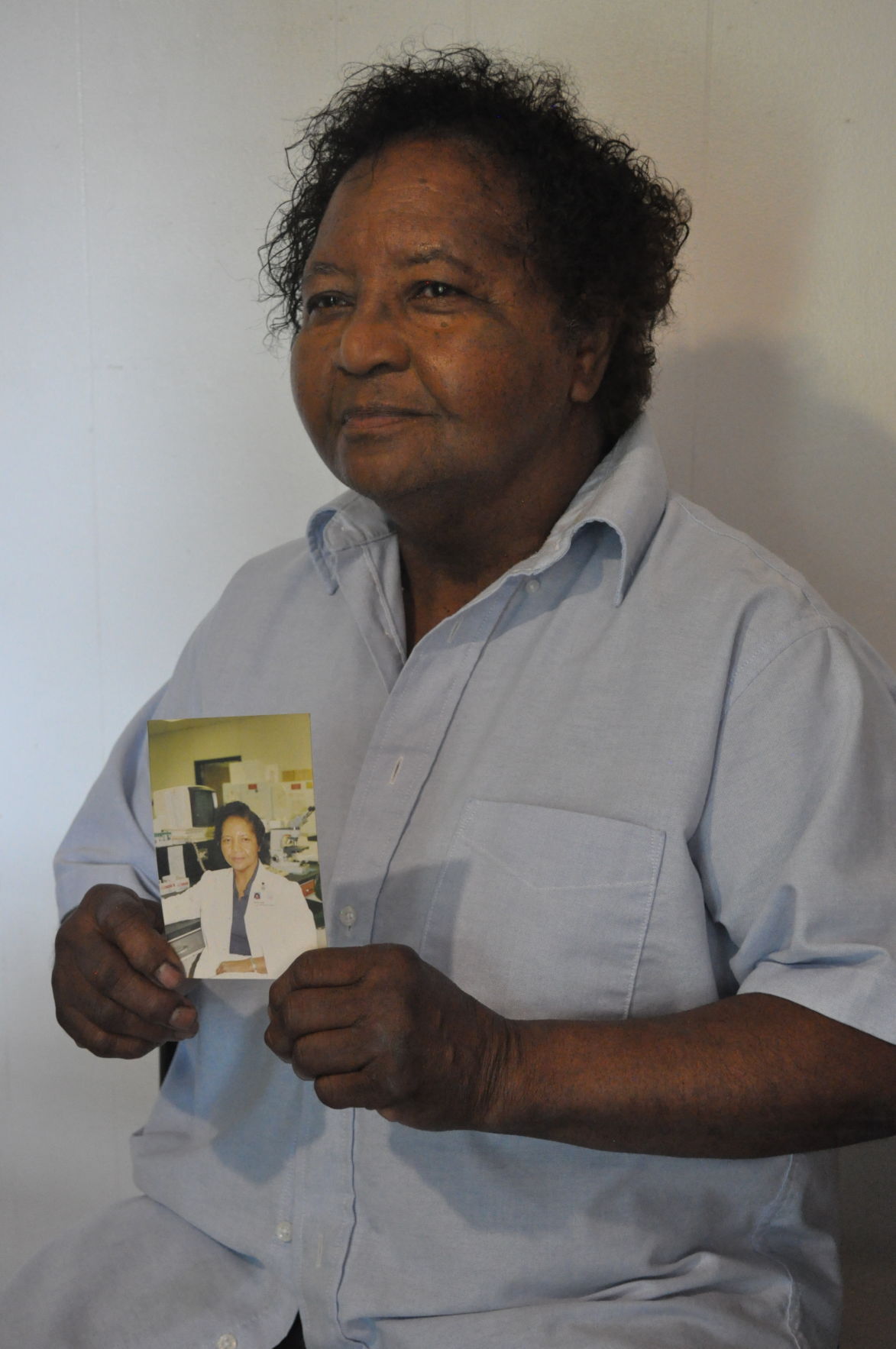 Ruthia Ray looks back on an old photograph of herself when she first started working as a lab technician in the local hospital. 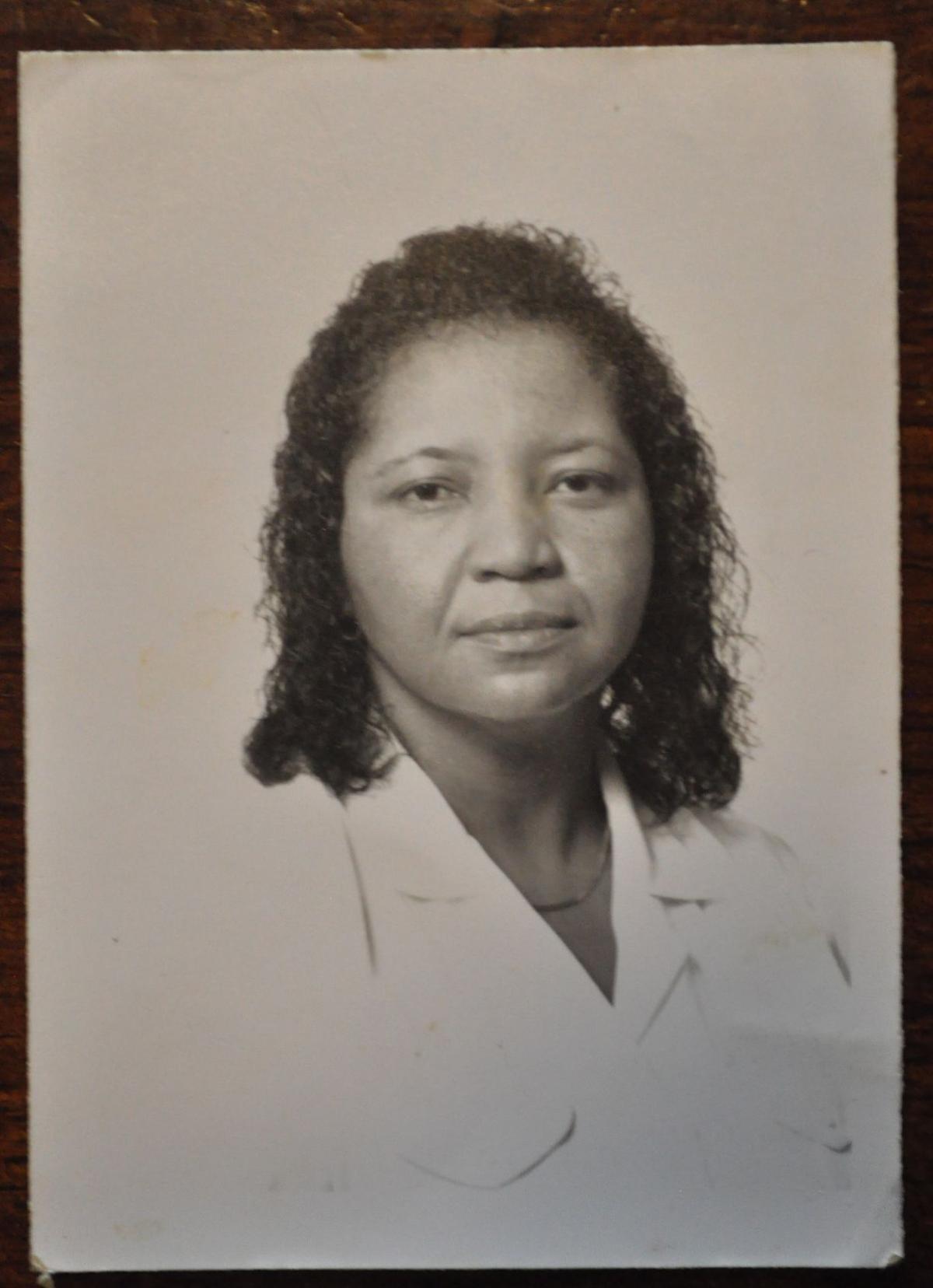 This is a photo of Ruthia Ray when she first started working at Hopkins County Hospital in 1967 in the lab. Ray retired from Baptist Health Madisonville in May.

Ruthia Ray looks back on an old photograph of herself when she first started working as a lab technician in the local hospital.

This is a photo of Ruthia Ray when she first started working at Hopkins County Hospital in 1967 in the lab. Ray retired from Baptist Health Madisonville in May.

After working as a lab technician at the Baptist Health Madisonville for more than 50 years, Ruthia Ray has decided it’s time to take a break.

Ray, 74, started working at the hospital in 1967 when it was still known as Hopkins County Hospital. She has been there through Trover Clinic and Regional Medical Center and now Baptist Health Madisonville.

She said she was nervous for each change, not knowing what would happen, but it always worked out.

“You are always leery of change but then you adapt to it,” said Ray.

Ray said she got into nursing because she needed to take care of her two children, Leslie and Tammi.

“She has worked hard all her life, and she made a lot of sacrifices throughout those years,” she said.

“Naturally, I knew that I would have to take care of my kids, so I tried nursing,” said Ray.

She started as a nurse aide at Outwood Rescare in Dawson Springs and even started attending Henderson Community College to become a registered nurse. Ray said she got to become friends with several people who worked in the lab at the hospital, and they suggested she try to get a job in the lab.

She was able to use the credits she was taking to become an RN and put them toward working in the lab.

Ray described her schedule of work and school saying she would go into work around 5:30 a.m. and work until 7:45 a.m., then she would go to school. She would study during her lunch hour, and between 4 and 5 p.m. she would go home to check on her children and her parents, Andrew and Cecile Dulin, who watched the girls.

When Ray started as a lab technician for the hospital, she was making $1 an hour, she said. When she went to the evening shift, she got a 15-cent raise.

“Out of that $1.15 an hour I managed to take care of my kids, pay my mother for babysitting and I bought myself a little red Dodge Dart,” said Ray.

Over the years she was able to take several tests to further her career. She passed her registry and received $2.25 more an hour.

In the beginning, Ray’s job at the lab was to analyze blood work, but for the last 20 to 25 years she would look through her microscope and count cells. She analyzed all body fluids and urine analysis specimens, she even helped doctors with bone marrow procedures.

“Every day I was looking in a microscope,” said Ray, adding the hardest part of the job was when she worked the midnight shift because it was only one person doing everything.

“You had no one drawing blood from a patient, and you had to maintain all the instruments to make sure they were working properly,” she said.

When COVID-19 started impacting Hopkins County, Ray was working in the lab still analyzing specimens. She said for her it was hard to get used to wearing a mask every day and then finding the right material that didn’t bother her.

She said she did become more aware of sterile techniques and safety issues while working during COVID-19.

“The first thing I would do when I came in in the morning, whatever I planned on using, I would wipe it down,” said Ray. “It did make me more conscious of my actions.”

Ray said her favorite part of the job was that she could do it, and she was good at it.

“I am kind of a workaholic, so I could do it and I liked to do it,” she said. “I made a home for my kids. It made me an independent woman, and I liked that.”

“Back then if you had the know-how and the knowledge and experience, if you took certain tests and you passed all the requirements, you didn’t have to do all the schooling because your work history factored in there,” said Ray.

She said her goal throughout her career was to give good quality patient care.

Now that Ray is retired, she would like to do a little traveling. She said she has siblings scattered across the United States and would like to visit them.

“I am the youngest of nine children, and there are five of us surviving,” she said.

Hunt said since her mom has retired, she has been helping paint her mom’s deck, the inside of Hunt’s garage and the outside of her garage.

“It has been non-stop,” said Hunt. “Everybody keeps telling me to keep her busy, she is keeping me busy.”

Ray said if she needs to make a little money, she would like to do DoorDash or something similar.