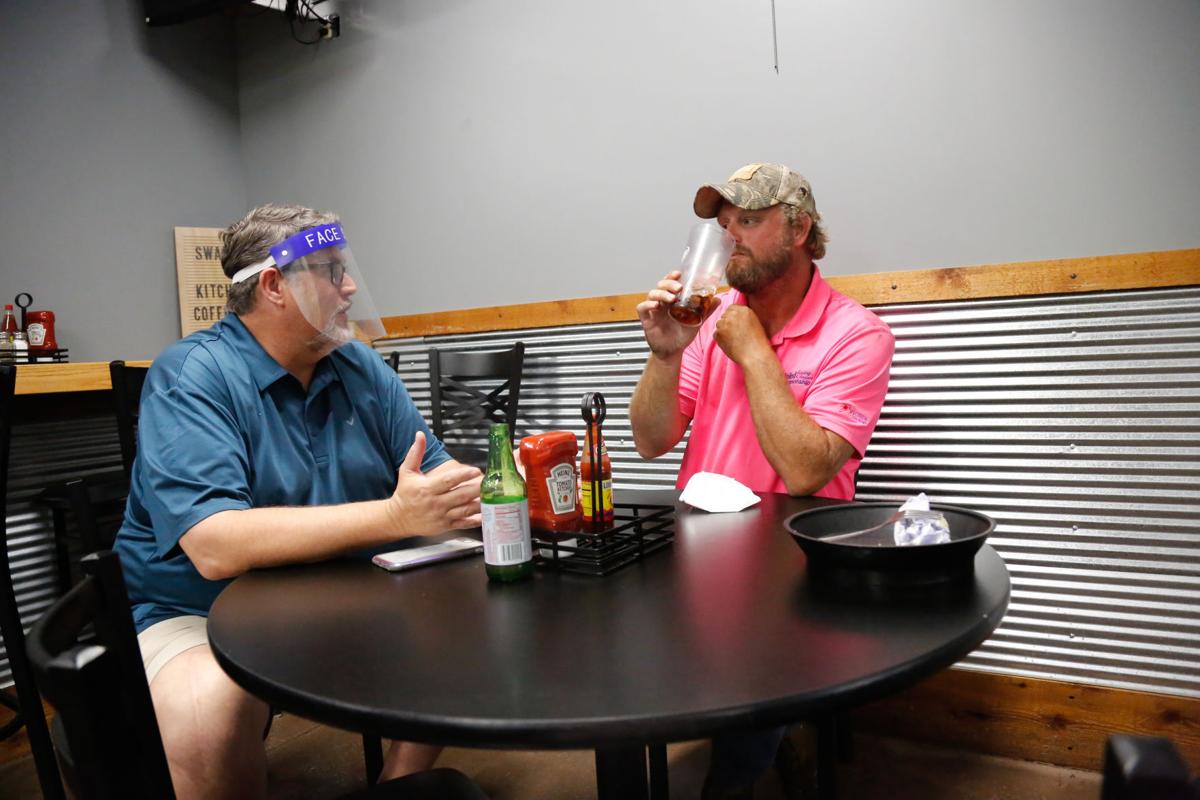 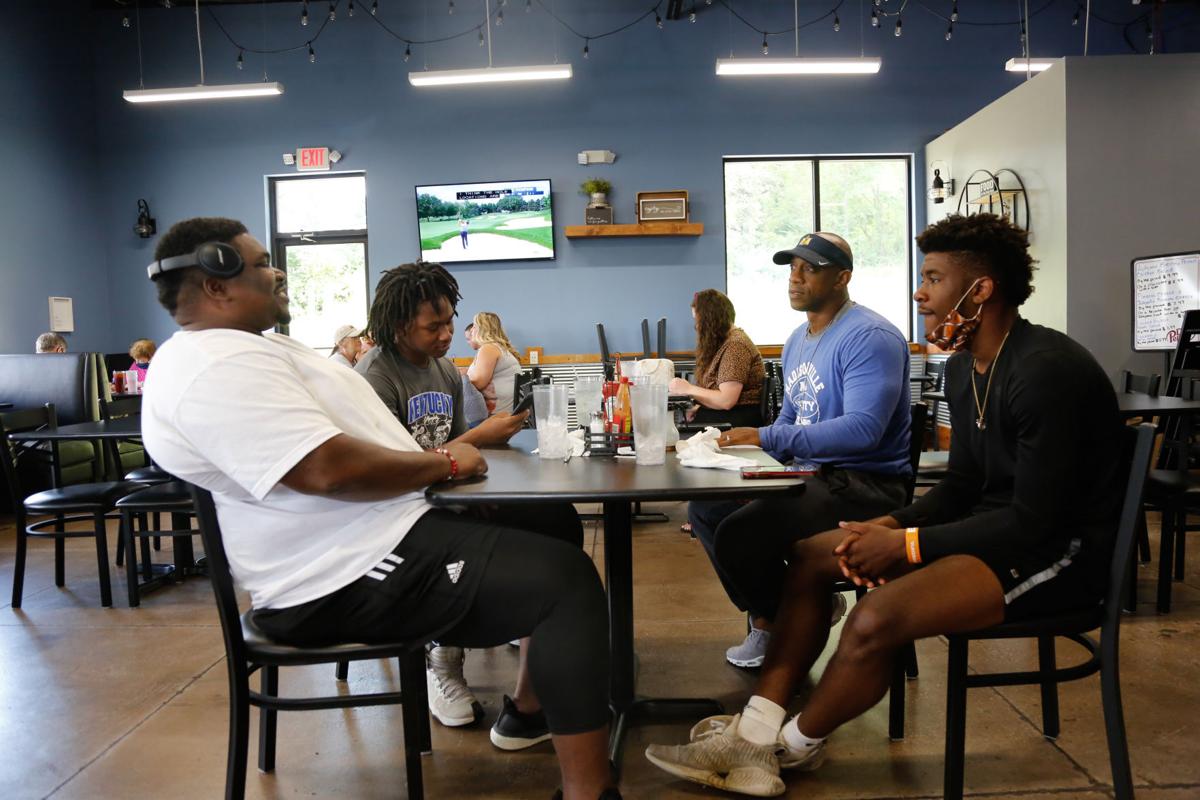 All bars in the commonwealth are required to close and restaurants will operate in-person dining at 25% capacity limit for the next two weeks effective today, Gov. Andy Beshear announced in his COVID-19 briefing Monday afternoon.

Four new cases were reported over the weekend in Hopkins County, according to data provided by the Hopkins County Health Department. Recovered cases remain at 286 in total. The amount of deaths attributed to circumstances related to COVID-19 has also remained at 34.

Since the pandemic began, 365 confirmed cases in total have been reported in the county.

Since the pandemic began, 26,209 cases and 709 deaths have been confirmed in the commonwealth. Kentucky currently has a 5.58% positive testing rate, according to data released by Beshear’s office.

After the increase in spikes across the state, Beshear’s administration met with Dr. Deborah Birx, a spokesperson for the Trump administration on COVID-19, this weekend to discuss state-wide health recommendations.

According to Beshear, the four steps that Birx suggested were mandatory masks, limiting private in-person gatherings to 10 people and partial or complete closures of bars and restaurants.

The commonwealth was already following two of those measures prior to the meeting with Birx.

Last week, Beshear released new limitations on private in-person gatherings with the capacity now at 10 people. Venues with proper cleaning procedures, such as those for weddings, are still able to operate in a 50-people capacity.

A 30-day order for mandatory facial covering in public has also been in full effect since July 10.

In further adherence to the other recommendations by the Trump administration, bars will be required to close for 14 days effective today. Restaurants, which were formerly able to open indoor dining at 50% capacity, will be reduced to serving 25% indoor capacity for the next two weeks. There is no limitation on outdoor dining as long as social distancing measures can be followed.

According to Beshear, these new measures have been introduced in order to keep the positive testing rate below the World Health Organization’s recommendation of 5% or lower.

According to Harris, Swaggy P’s Kitchen and Coffee Bar has still not financially recovered from the prior capacity limits imposed by Beshear. During Beshear’s Healthy at Home directive, restaurants were only allowed to open for to-go orders and Swaggy P’s lost 75 to 80% of their usual business.

Even though restaurants were soon able to have in-person dining again — first at 33% capacity and later up to 50% — customer traffic has still been down 40%, Harris said.

The order will also have an effect on Swaggy P’s staffing, according to Harris. Due to operations around the restaurant being reduced, Harris estimates one-third of his staff will experience the loss of several salaried hours.

When Swaggy P’s had to partially close in March, Harris was able to secure a PPP loan to keep his business open. He said he is now wondering whether those will still be available at either a state or federal level.

“I understand it,” Chris Price Sr., a patron at Swaggy P’s, said upon learning about the new order. “I’m gonna regret it though because I’ve only been here three times, and it’s become one of our favorite spots.”

During his announcements, Beshear acknowledged that this will have a financial impact on local bar and restaurant owners. According to Beshear, he hopes to see a decrease in Kentucky’s testing positive rate in the next two weeks, which will allow bars and restaurants to possibly return to 50% capacity.

If bars are allowed to open again in two weeks, stricter guidelines will be enacted, Beshear said. There will be a seating rule which mandates that every person in the building must “have a seat and stay in it” with the exception of restroom visits.

During the Q&A portion of Monday’s briefing, Beshear said citizens should also expect a continuation of the mandate regarding facial covering in public.

“Masks are what keep Kentucky open, and they’re what keep your loved ones safe,” Steven Stack, the commissioner of Kentucky Department of Public Health, said at the meeting.

According to Harris, Swaggy P’s patrons have been generally respectful of the mask mandate so far.

Beshear said these measures have been enacted to ensure the testing positive rate of COVID-19 does not reach the heights of states like Alabama, Texas or Florida.

According to Beshear, it is up to citizens to support local businesses by exercising self-responsibility. If everyone follows these measures for the next two weeks, restaurants and bars should expect to reopen again soon, Beshear said.

Even though his restaurant will be negatively impacted by the order in the short-run, Harris said he expects Swaggy P’s to continue to have long-term support from the community, which has been strong ever since the restaurant’s first partial closure in March.

“I was blown away by the generosity of customer demand and the tips for all the employees. We’ve had a tremendous amount of support,” Harris said. “You know, we’re a local place; we’re not a big company or whatever. The amount of support from the community has been unreal.”