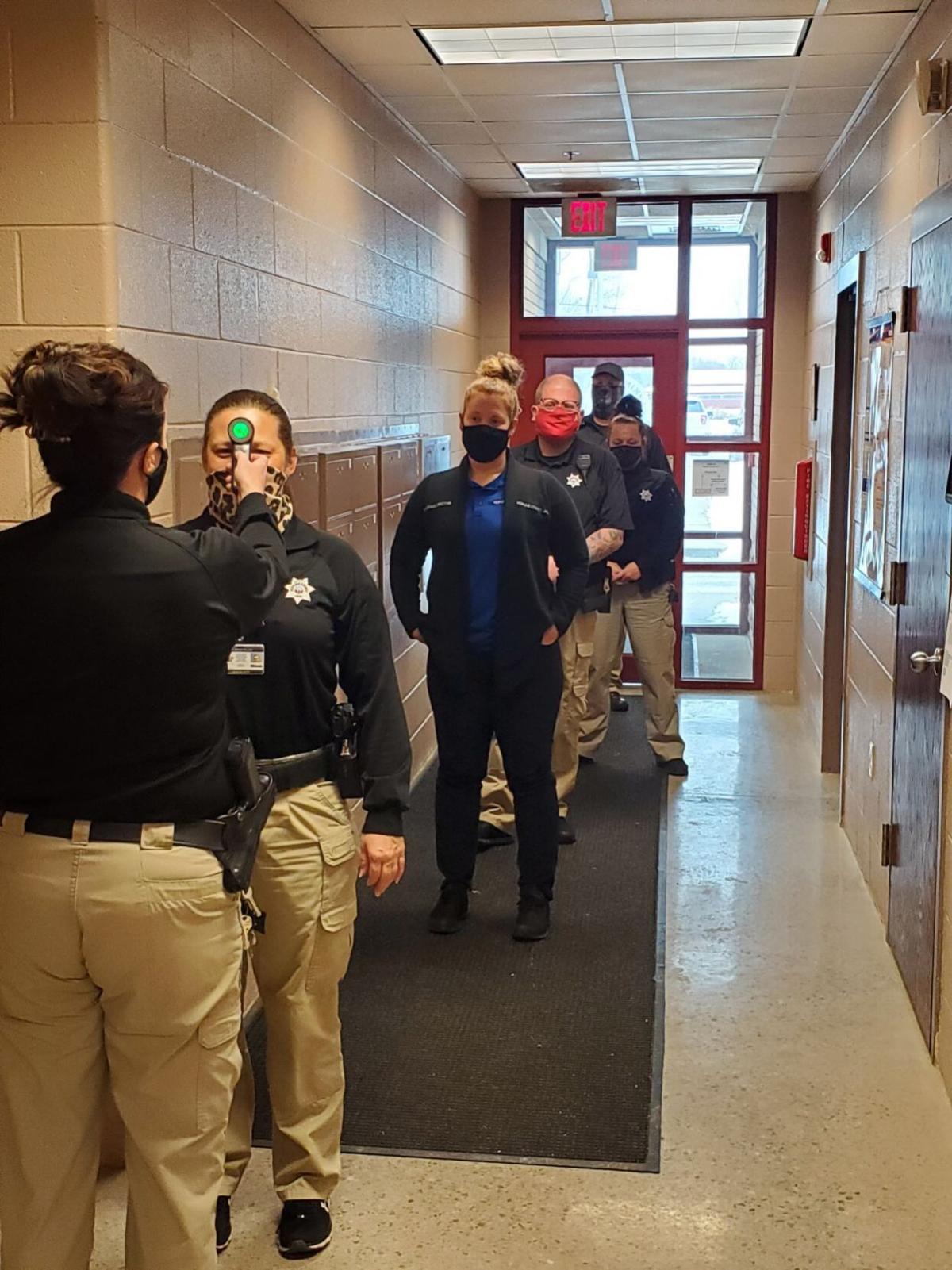 Capt. Sundie Thomas screens Hopkins County Jail staff as they come into the facility on Wednesday. 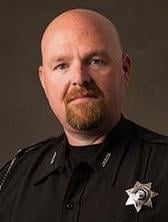 A change in state policies involving the transportation of state inmates and COVID-19 testing has led the Hopkins County Jail to look at accepting transports again for the first time in nearly a year.

“We have started working and talking with the state to accept transports again. We might start doing that on a limited basis this month,” said Lewis. “Numbers are going down but this isn’t over. The facilities that we would be picking up from have gotten through their outbreaks and are doing a good job of getting it contained. We are more confident that (the prisoners) will be tested before they get here.”

Lewis said it is a state mandate now that inmates be tested before they leave a facility. When they arrive at the jail, they will be quarantined for 14 days as well, he said, adding that the jail lost revenue from the state when they stopped taking transports.

“We have lost a significant amount of revenue by not having as many state inmates as we normally do,” said Lewis.

The jail is a 416 bed facility and usually has around 400 inmates, according to Lewis. However, with the absence of state inmates, the numbers have been between 310 and 320.

Despite the loss in revenue, the safety of the jail population and staff took precedent, he said.

“With COVID, the safety of the people here and the staff here is the driving force behind that,” he said. “A lot of facilities throughout the state have had some pretty big issues with COVID and large outbreaks, and it was decided we didn’t need to bring people in simply to increase revenue and possibly expose our facility.”

The jail started protocols on March 11, 2020, which included screening the staff for temperatures, screening arresting officers as they come in with intakes, suspending visitation and not allowing anyone into the secured area, that includes volunteers and visitors, Lewis said.

The jail, according to Lewis, also quarantines every new intake for 14 days before they go into the general population.

According to Lewis, testing at the jail is handled by the medical department and determines testing by referencing the symptoms that the Centers for Disease Control has given to determine the likability of COVID-19.