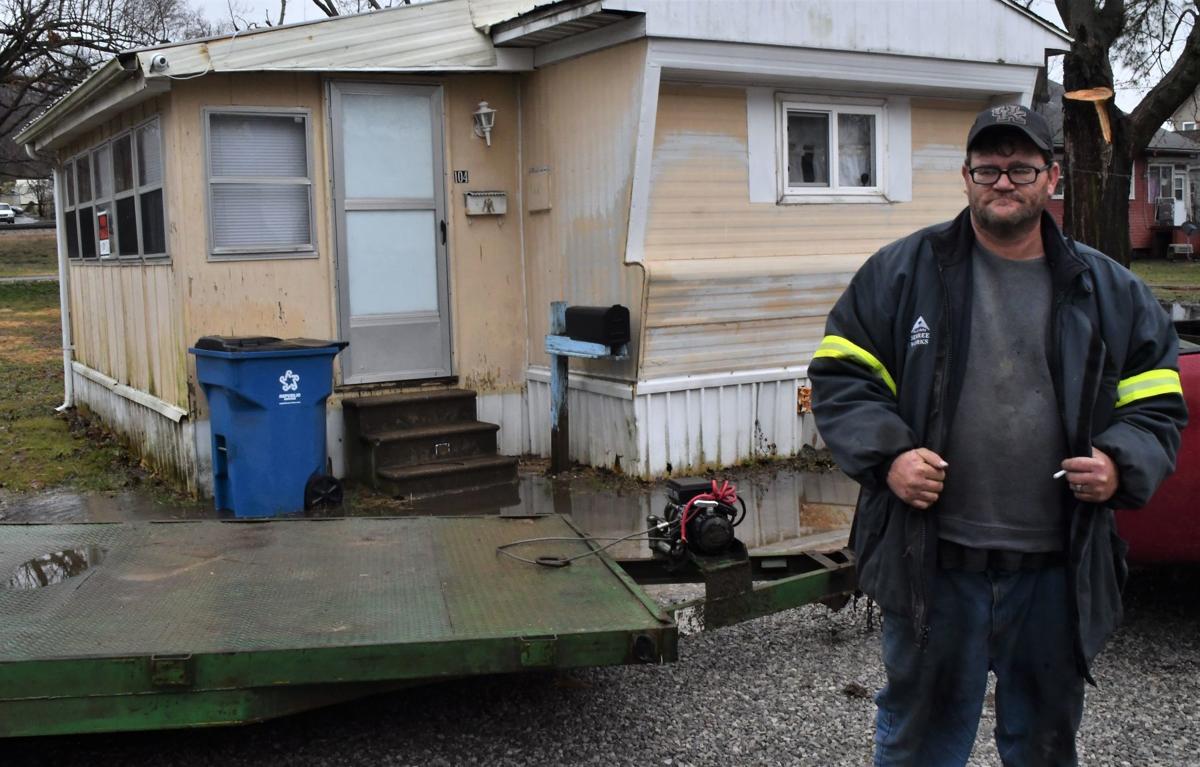 Steven Cavanaugh stands outside his Earlington home Monday after being told to remove lawnmowers and trailers from his property. Instead, Cavanaugh has put the home up for sale and claimed harassment. 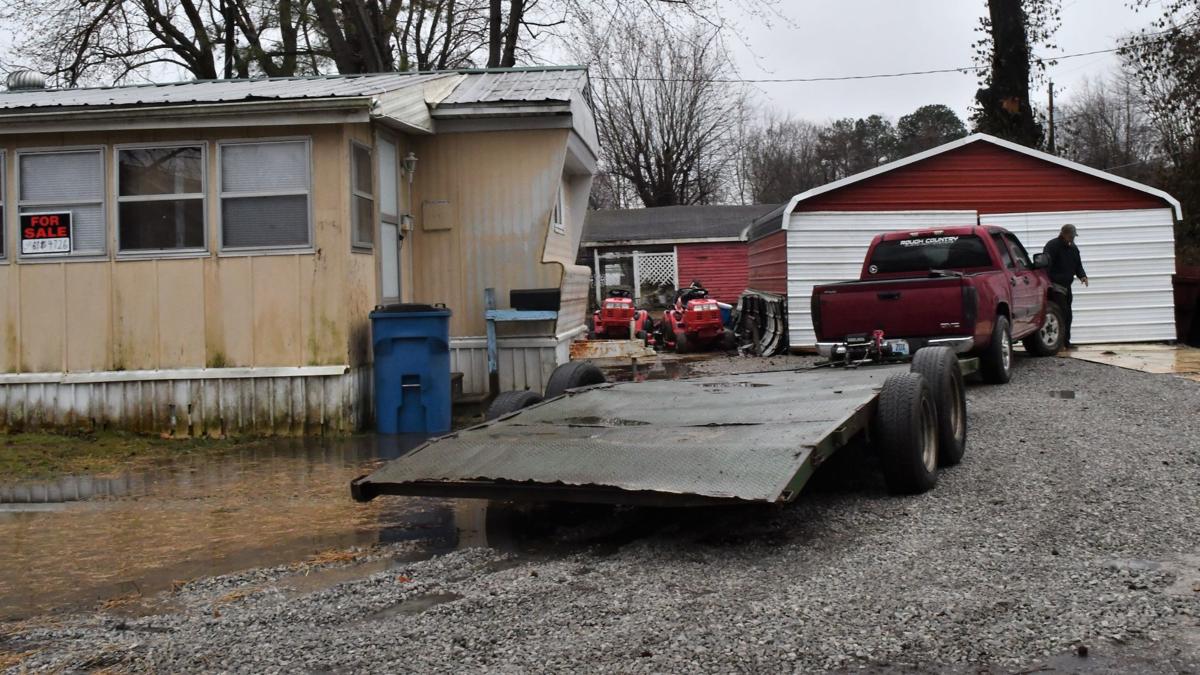 Steven Cavanaugh stands outside his Earlington home Monday after being told to remove lawnmowers and trailers from his property. Instead, Cavanaugh has put the home up for sale and claimed harassment.

Steven Cavanaugh moved to Earlington last summer for low-priced housing. But now his home is up for sale — and he blames one man for it.

Cavanaugh stood with a friend outside his modest home on West Boyle Street. It’s about three blocks from City Hall, with flatbed trailers on either side. Several riding lawn mowers are parked behind the house. Cavanaugh says Mayor Phil Hunt wants the trailers and mowers removed.

Hunt has been on a mission since becoming Earlington mayor last year to clean up rundown properties. Six different lawsuits filed by the city had motion hearings in Hopkins County Circuit Court Monday.

“All these cases need a court order before we can do anything,” city attorney Natasha Little said.

The cases had a variety of outcomes. Little said the city received approval in two cases to “abate the nuisance,” which could mean tearing down dilapidated homes. Two properties will go to Master Commissioner L. Rush Hunt for courthouse sales. One case was scheduled for trial next week. And in one case, enough clean-up occurred that the city withdrew its case.

A special meeting of the Earlington City Council was called two weeks ago over litigation with seven other properties. Hunt has confirmed two of those seven are occupied. Cavanaugh’s home is not among them.

Cavanaugh says he received a notice from the city stating that he’s barred from having “rubbish, machines or scrap metal” on his property. But Cavanaugh contends he has nothing to clean up, after installing a fence around some of his mowers.

“This is a hobby,” Cavanaugh said. “I haul a junk car off, every once in a while.” He added the mowers and trailers are not for business.

Cavanaugh admits his modified mobile home is a bit of a fixer-upper. But he says Hunt has pressed him to the point where he can’t live there anymore. His “for sale” sign now sits in a front window. Yet Cavanaugh doubts it will sell.

“Won’t nobody buy my property, because of the mayor,” Cavanaugh said.

Little deferred to the mayor regarding that dispute. Hunt was gone for the day when The Messenger called Earlington City Hall for a comment.

Cavanaugh says he lives on disability income, due to post-traumatic stress disorder and schizophrenia. He lived with a relative in Madisonville before moving to Earlington.

“He’s picking on the poor people,” Cavanaugh said of the mayor. He added that not far away on Westside Street; “there are 10 cars in people’s yards. He’s not said anything about them, because they’ve got money up here.”

The Earlington City Council could not discuss property matters two weeks ago because the special meeting lacked a quorum. This month’s regular meeting is scheduled for tonight at 6 p.m.

“It’ll be a lengthy meeting,” Little said. She expects “a variety of properties” will be on the agenda, with a closed session likely.

Cavanaugh is not sure if he’ll attend the meeting because of his disabilities.

“I’ve had a lot of anxiety over this,” he said. “It’s wrong for him to do people this way.”

Sorry, there are no recent results for popular articles.