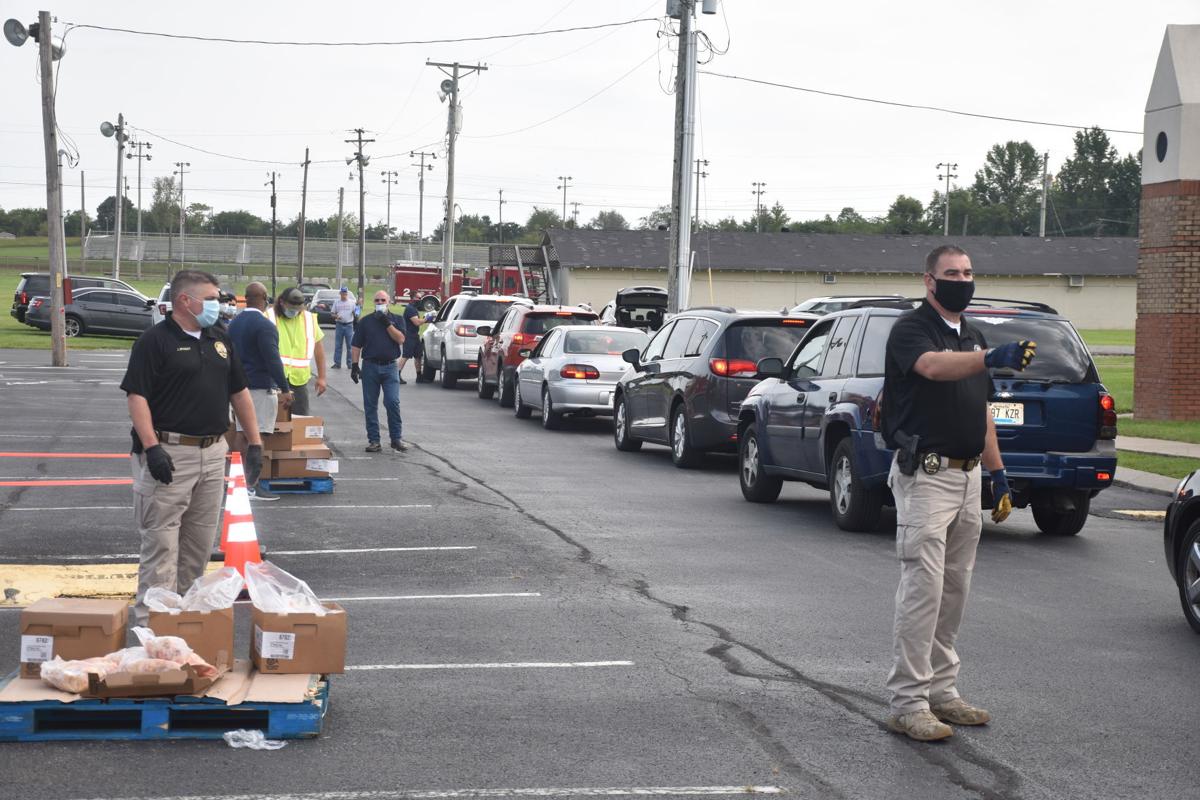 Hopkins County Sheriff officers directed traffic through the Hopkins County Fairgrounds Wednesday morning during the Tyson Chicken Giveaway that occurred across the county. 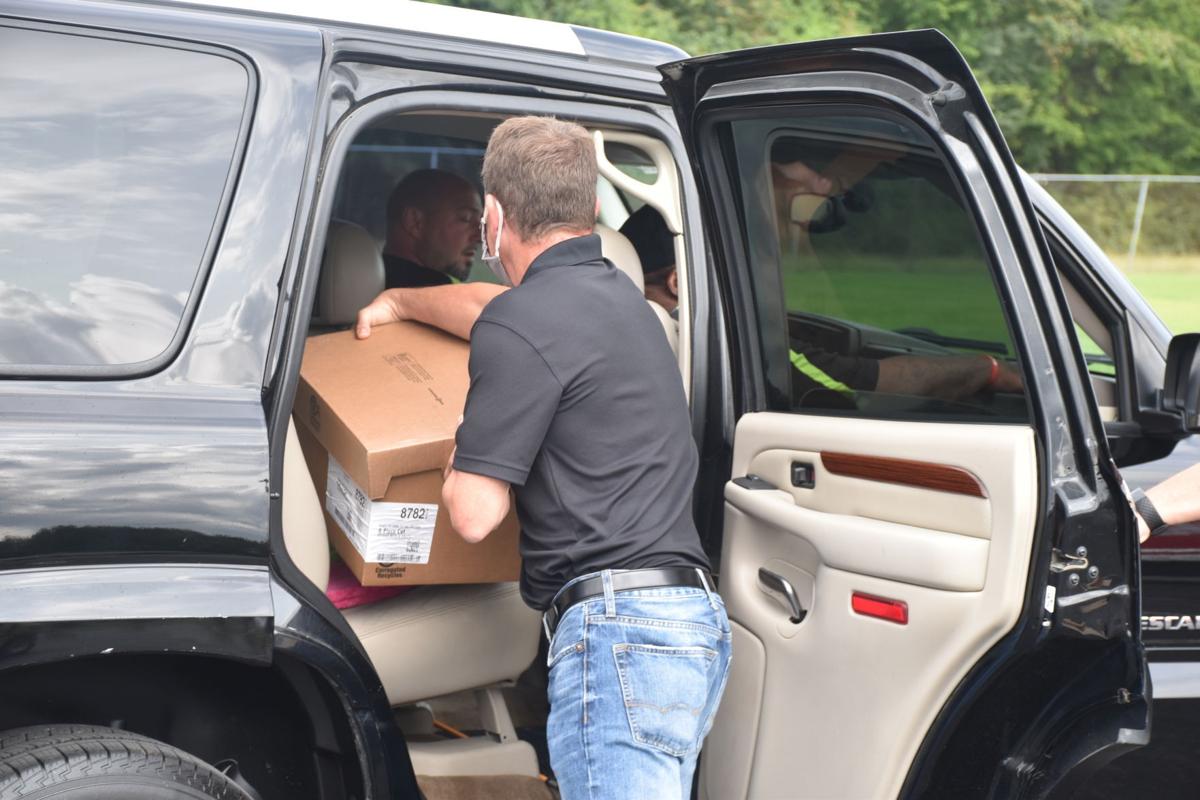 Hopkins County Judge-Executive Jack Whitfield Jr. places a case of Tyson chicken into a vehicle during the countywide giveaway on Wednesday. 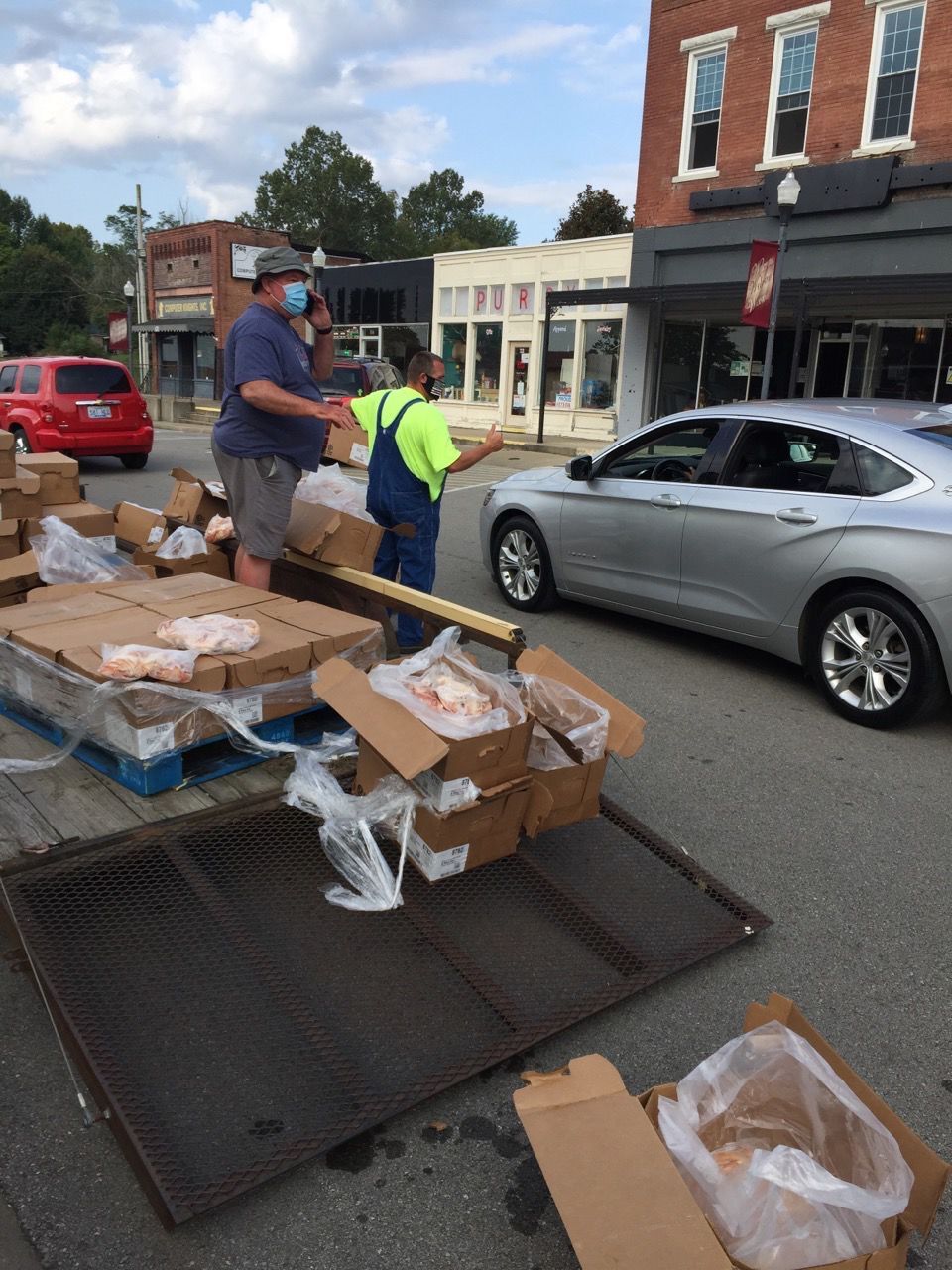 Hopkins County Sheriff officers directed traffic through the Hopkins County Fairgrounds Wednesday morning during the Tyson Chicken Giveaway that occurred across the county.

Hopkins County Judge-Executive Jack Whitfield Jr. places a case of Tyson chicken into a vehicle during the countywide giveaway on Wednesday.

At least two hours before they were set to begin, a line of cars were already filling up the Hopkins County Fairgrounds as the public was ready to get some of the free Tyson Foods chicken before supplies ran out Wednesday morning.

City of Madisonville employees, first responders, Hopkins County leaders and members of Breaking Bread Ministries ran out of chicken before 10 a.m. — less than an hour after the giveaway began.

According to John McCurry, who is with the Breaking Bread Ministries, more than 35,000 pounds of Tyson product was sent out across Hopkins County.

“We do a local outreach in the city and Tyson contacted us and asked if we’d be interested in doing a massive getaway,” he said. “We coordinated with the mayor and judge-executive of the county. They put all of this together, location wise.”

McCurry said he arrived at the fairgrounds around 6:30 a.m. and lines were pushing back to the roadway.

“We had to start earlier because of that,” he said. “We started around 8:30 a.m. Hopefully, everyone that wanted to get something was able to.”

In other areas like Dawson Springs, 3,000 pounds of poultry were given away.

“At this location, we’re thinking close to 700 families were served,” he said. “The other product that has gone out should have reached at least another 500 to 600 families.”

McCurry said the ministry receives food from Tyson monthly for the outreach the group does in Madisonville.

McCurry said Tyson has already started making plans to do another giveaway soon — but an exact date has not been set.