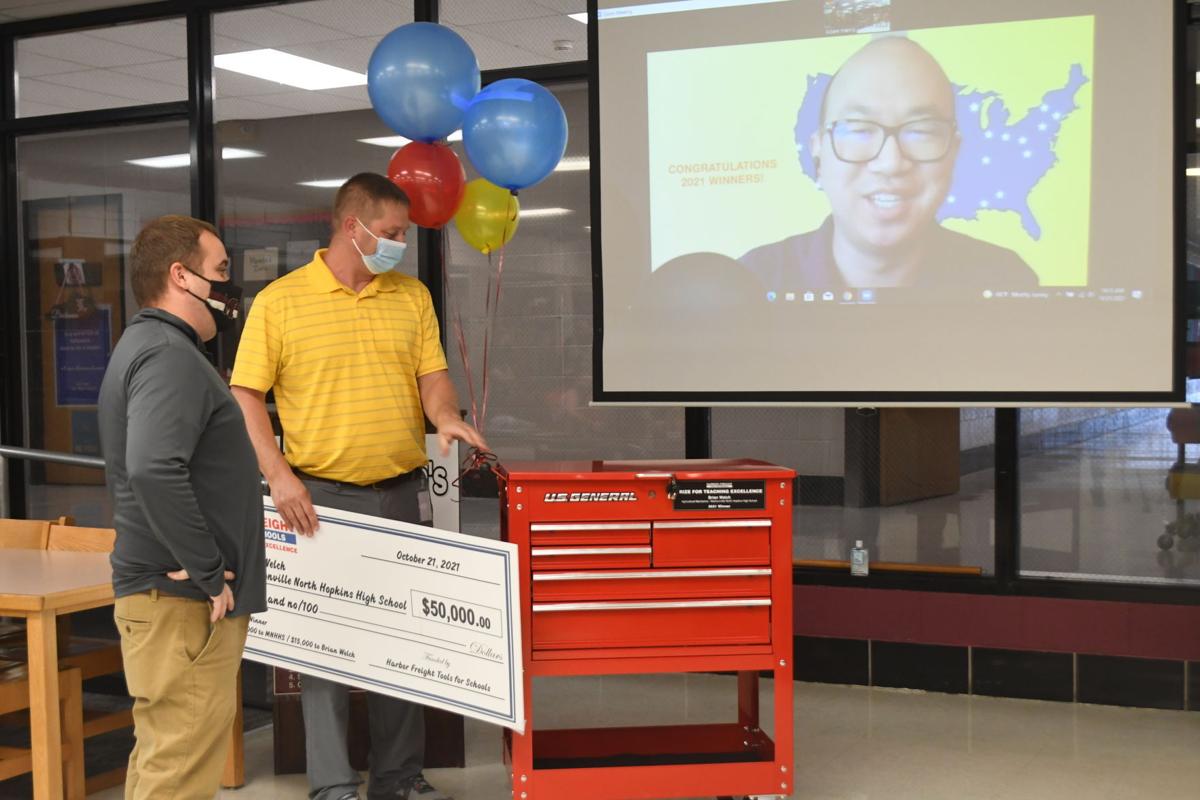 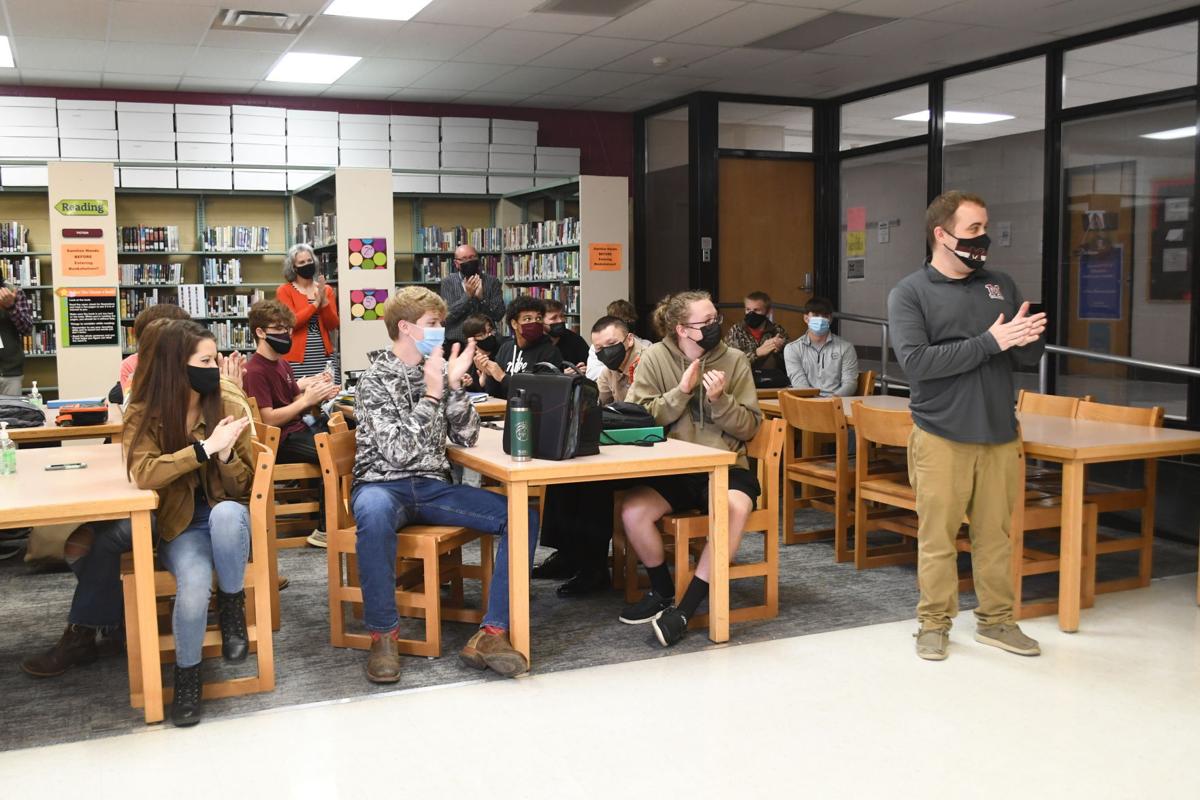 Students from Brian Welch’s agricultural mechanics classes at Madisonville North Hopkins High School clap as he is presented with the Harbor Freight Tools for Schools Prize for Teaching Excellence on Thursday.

Students from Brian Welch’s agricultural mechanics classes at Madisonville North Hopkins High School clap as he is presented with the Harbor Freight Tools for Schools Prize for Teaching Excellence on Thursday.

On Thursday, news reporters and students were snuck into the Madisonville North Hopkins High School library in a clandestine operation to surprise one of the school’s teachers, Brian Welch.

Welch, the agricultural mechanics’ teacher at North, was one of 18 winners of the Harbor Freight Tools for Schools Prize for Teaching Excellence.

He said he walked into the library expecting to talk about something involving the staff and was completely surprised by the crowd there to celebrate that he won.

“I knew it was coming this time of year, and if I didn’t get anything it would have been okay, I would have applied again next year,” said Welch. “The fact that they did keep it such a secret means a little more.”

A check for $50,000 was made out to Madisonville North Hopkins and Welch, with Welch receiving $15,000 and the school receiving $35,000 for the agricultural mechanics program.

Tae Kang, a representative from Harbor Freight Tools for Schools, said they received applications from 720 skilled trade teachers from 49 states.

“Our mission is to increase understanding, support, and investment in skilled trades education in U.S. public high schools,” he said. “We created the Prize for Teaching Excellence as a way to spotlight and honor outstanding high school trade skill teachers and their programs across the United States.”

He said at Harbor Freight Tools for Schools, they believe that skilled trade teachers are heroes who don’t have enough honor and respect for the incredible work they do.

“Outstanding skill tradespeople are crucial to our country and our communities, and these students are so fortunate to have Mr. Welch preparing them for the future,” said Kang.

Welch said the application process was long starting in March or April of this year, and he was asked to talk about his class and what projects they work on.

“Each of my classes, we try to connect with some sort of community service project to really give back to the community,” he said.

The money from the award will help a lot in updating the equipment, so there is enough reliable equipment for all the students.

“Just the other day they had to share one circular saw among 25 kids, so now we will have the ability to do a lot more,” said Welch. “Now that we have the initial burden of finances away I am super excited for what we can do and just get what we need to make those projects happen.”

“Brian has built this program to be a top program in the state of Kentucky,” he said. “He has recruited outstanding young teachers to be involved in his program, and it has really taken off to new levels.”

Hopkins County Schools Superintendent Amy Smith said the school district was honored on behalf of Madisonville North and Brian Welch because he shows with his heart that being a teacher is not a career it is a mission field.

“I couldn’t be more honored to be the superintendent of such an awesome district and awesome facility here at North Hopkins,” she said.