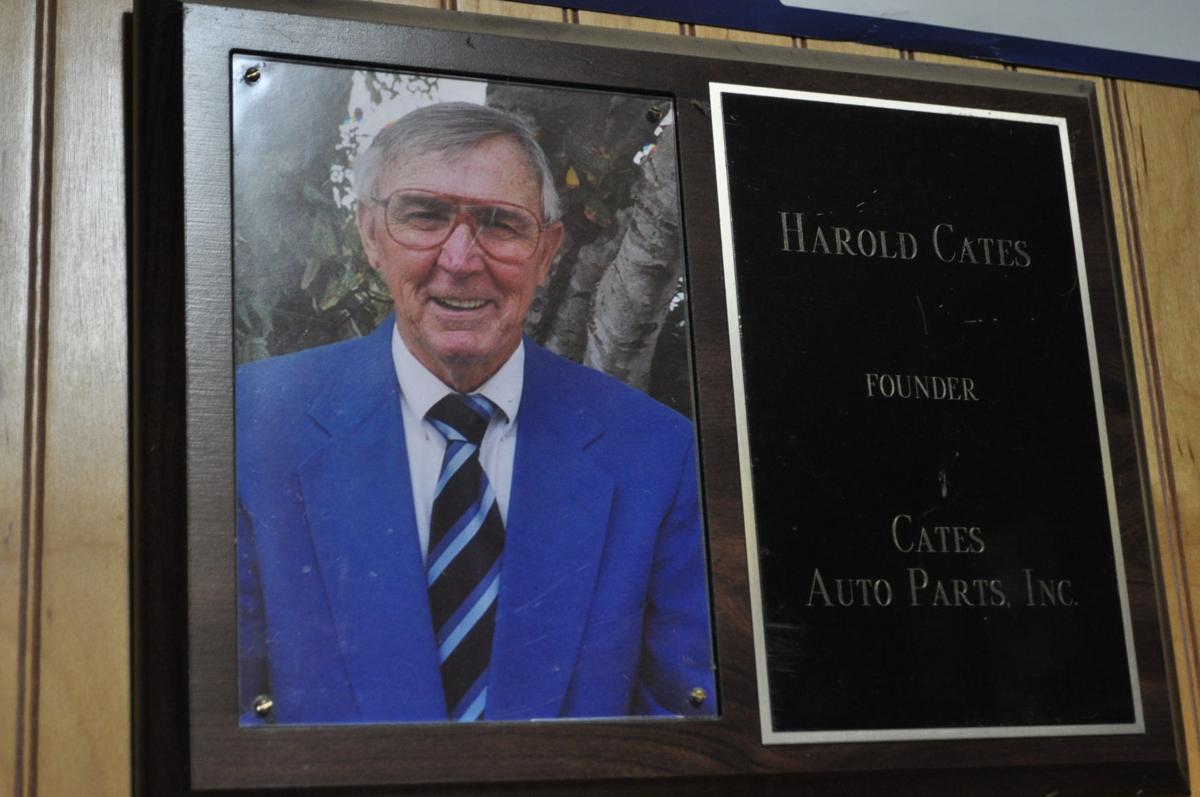 Randall Boles keeps Harold Cates’ picture hanging on the wall in his office. Cates founded the scrap metal business in the late 1970s. 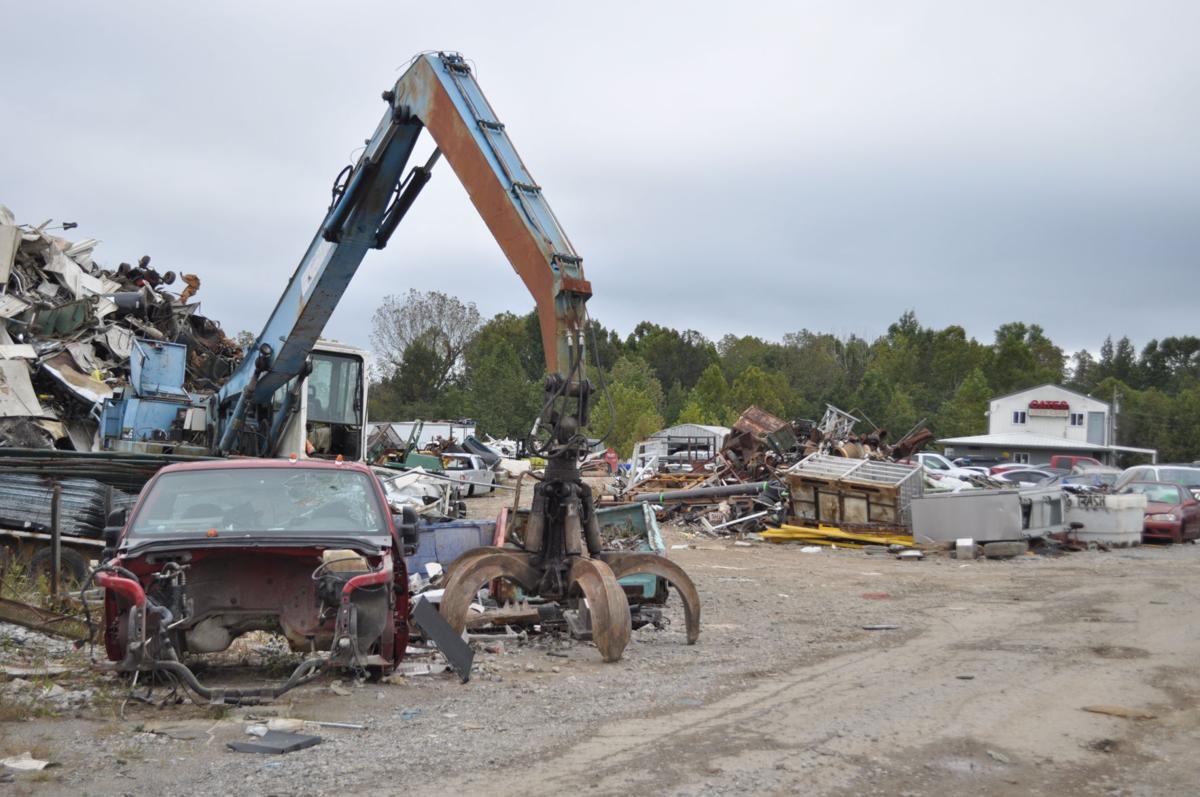 The last day for Cates Scrap Metal was Wednesday, Sept. 30. Randall and Paula Boles will spend about three months afterward going through and clearing out the field. 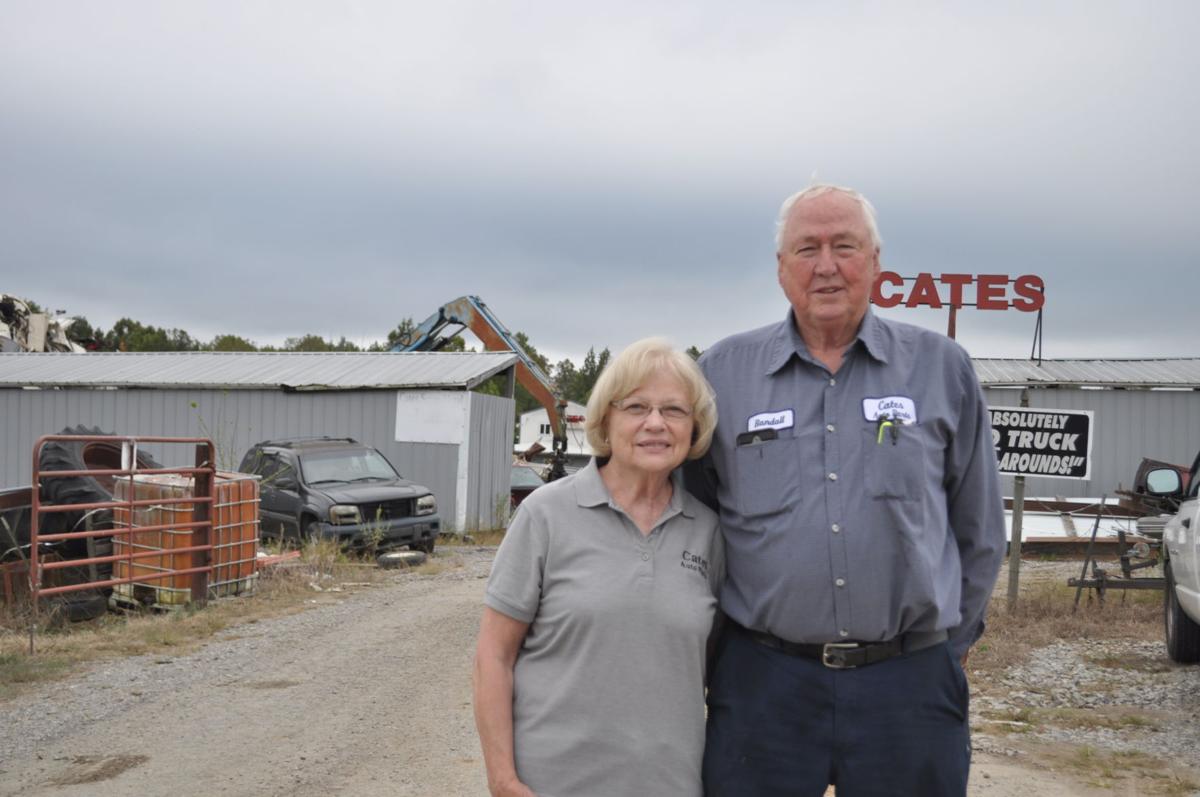 Randall and Paula Boles have decided to retire and shut down Cates Scrap Metal after 42 years in business.

Randall Boles keeps Harold Cates’ picture hanging on the wall in his office. Cates founded the scrap metal business in the late 1970s.

The last day for Cates Scrap Metal was Wednesday, Sept. 30. Randall and Paula Boles will spend about three months afterward going through and clearing out the field.

Randall and Paula Boles have decided to retire and shut down Cates Scrap Metal after 42 years in business.

Randall and Paula Boles, owners of Cates Scrap Metal near Earlington, are closing their doors and shutting down the business after 42 years.

“Our intentions are to retire. We are going to close Sept. 30,” said Randall Boles.

Cates Scrap Metal started in 1978 when Harold Cates bought Daniels Auto Parts, then located on South Main in Madisonville. Boles said he was disappointed that it sold because he was always interested in the parts store. A friend had suggested Boles talk to Cates about becoming a partner in the business.

“I went and talked to him that night. We sat up a deal, and we met at he salvage yard,” said Boles. “I told him that I wanted to own half of it, and I said I want to put something down, and then in a year I want to make up my mind about the full half or whatever.”

Cates told Boles that he could buy half then at the current price — or a year later when the price had gone up because Cates expected the business to grow.

Boles said he and Cates worked together for 17 years as partners, and in 1996 Boles bought Cates out so he could retire.

“He was the best partner I have ever had,” Boles said. “It is unreal how good a relationship we had, we never had a disagreement.”

In 2006 Boles’ wife, Paula, decided she wanted to leave her job and started working at the yard with her husband. In 2007 they moved the yard out into the county. Boles said they had seven acres of land in the city, but in the county they had 38 acres and were able to store 3,000 cars.

At 71 — and after 42 years in the business — Boles said he and his wife are ready to retire and enjoy life. He said he is tired and he can’t continue as he was.

“Sometimes, I wonder if I shouldn’t have done it earlier, but it has been good and I’ve never hated to come to work,” Boles said. “I don’t know how we are going to stand it because we are used to going 100 miles an hour, with seven phone lines, but we are so happy we are able to do it while we still can do some things, both in good health.”

Cates Scrap Metal will officially close on Sept. 30, but will remain active for at least 90 days to clean and get everything crushed and shipped. Once the land is cleared off, they will decide if they want to sell the property.

“I would give anything if somebody wanted to keep it going because I think the community needs it,” said Boles.

The Boles said they could not have gone this far with out the support of the community and wanted to thank everyone for the past 42 years.