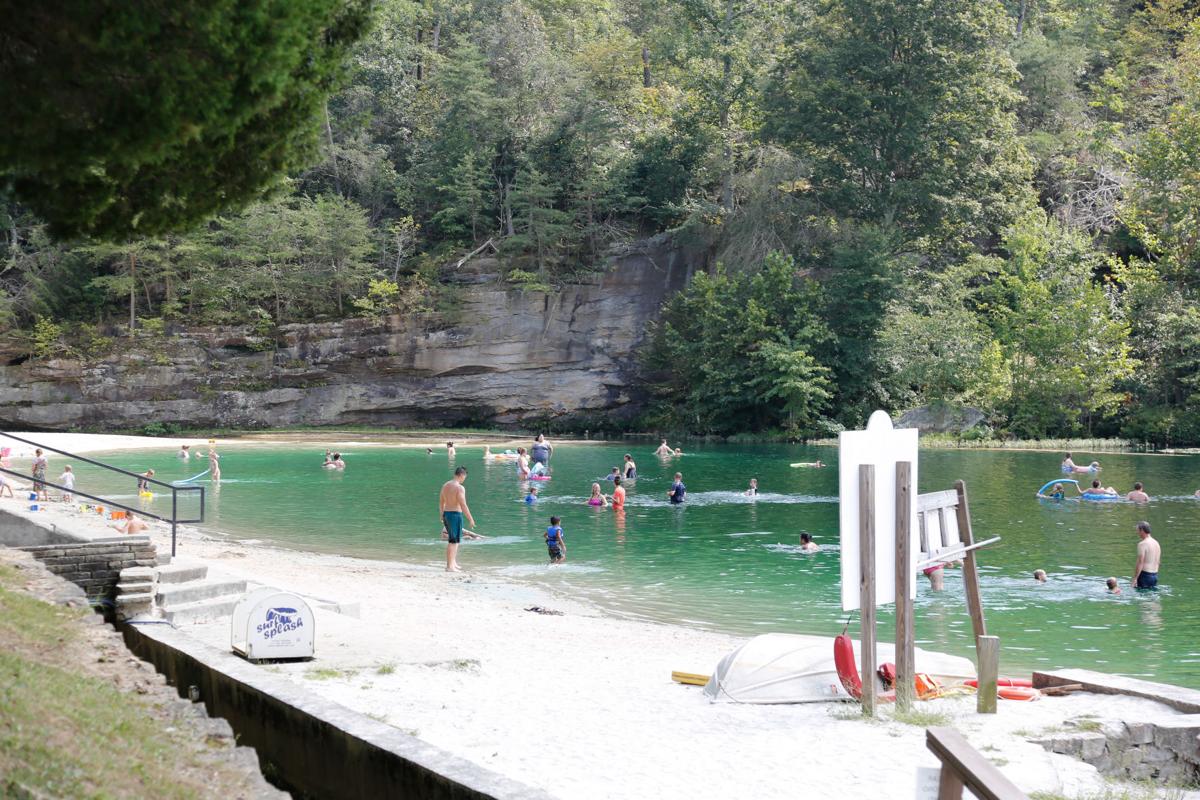 The beach at the Pennyrile Forest State Resort Park is open and will remain so until the water’s temperature is regularly in the 70s, said Park Naturalist Haley Joseph. 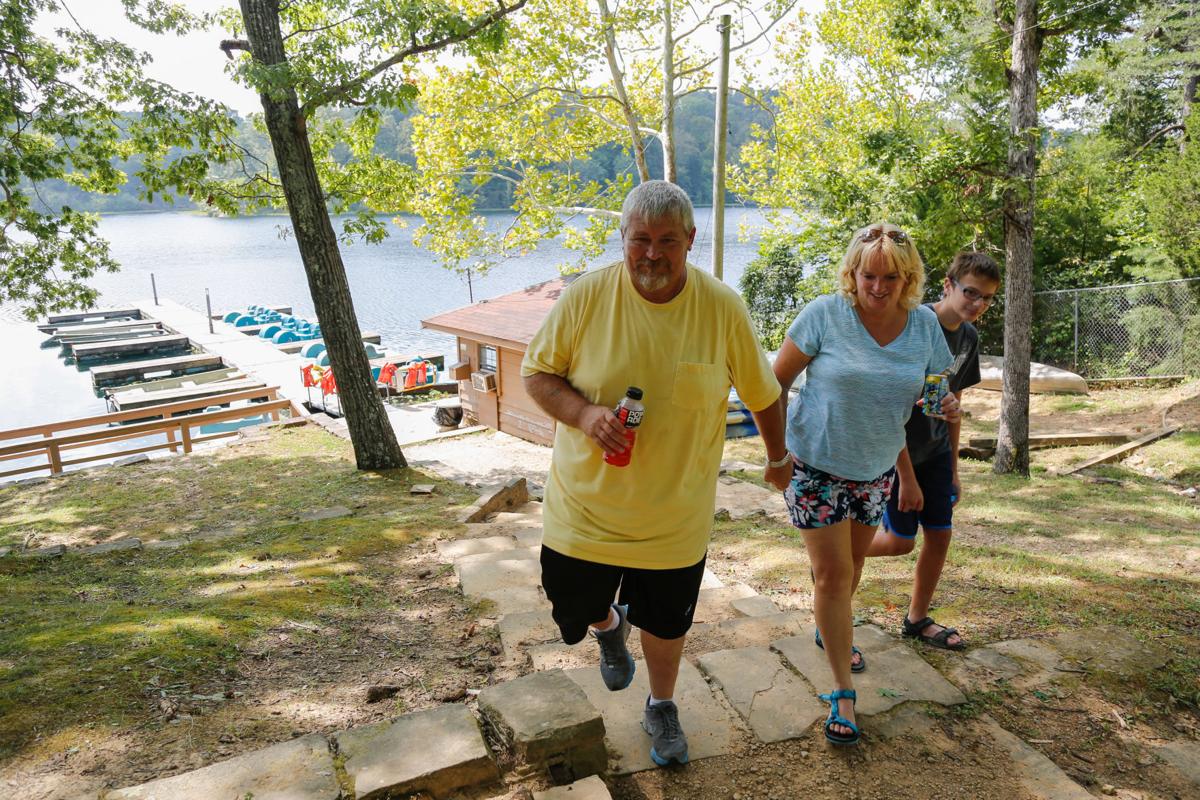 Sidney Brigman, left, and his wife, Teri, and their son, Brady Shafer, enjoy the afternoon boating on the lake at the Pennyrile Forest State Resort Park last week.

The beach at the Pennyrile Forest State Resort Park is open and will remain so until the water’s temperature is regularly in the 70s, said Park Naturalist Haley Joseph.

Sidney Brigman, left, and his wife, Teri, and their son, Brady Shafer, enjoy the afternoon boating on the lake at the Pennyrile Forest State Resort Park last week.

Days are growing shorter, pumpkin spice lattes are back, and the end of summer is drawing near

However, the Pennyrile Forest State Resort Park is holding on to the last remaining days of the season.

“Our park is so beautiful. We have trails, we have loads of free stuff that you can do in your community, the beach is free to swim at, the trails are free to hike,” said recreations supervisor Haley Joseph. “So it’s just a great opportunity to get back to nature and get outside and really just enjoy the beauty of Dawson Springs.”

The beach is currently open and will remain so until the water temperature drops into the 70s regularly, said Joseph.

Louisville family and park guests Teri and Sidney Brigman and their son, Brady Shafer, said they came to the park last week because they heard it was one of the state’s rare beauties.

“We decided to try to come up here, so we drove two and a half hours,” said Teri Brigman. “It’s very pretty. It’s very quiet. Other campgrounds can be kind of loud. This one up here, it’s nice and quiet. Everybody seems friendly.”

Guests like the Brigmans still have those last moments of summer to swim, boat, and enjoy the scenery in Dawson Springs.

“During this season, we actually still have swimming available, but that’s going to be on a week-by-week basis,” Joseph said. “We still have mini-golf you can play over at the camp store until November.”

Joseph said the horse campground and the park’s golf course are open all year long, but most other attractions close mid-November.

The park host several scrapbooking events, all of which are currently sold out. Joseph said during the second week of October, they are hosting an oil painting weekend event.

“Oct. 9 through 11, I’m doing an oil paint weekend, and masks will be required because it is indoors,” she said. “It’s going to be a limited class size. Only 15 people can be in it. They’ll all have their own table, unless they are a couple that lives together.”

As fall creeps quickly, Joseph said they are planning their Halloween activities now. Park employee Gabby West said they have a site decorating contest each year at the campgrounds, and the winner normally gets a free night at the grounds.

They are also planning to hold a pumpkin carving contest, where participants carve their pumpkins beforehand at home or at the campground, said Joseph. They are then judged, and the best one wins various prizes. She said they’ll also have a costume contest. Dates for the fall events will be announced on the park’s social media accounts.

As the park has entered its off season, they are running a special for lodge rooms throughout the week — Sunday through Thursday. Joseph said the special is called “The more you stay, the less you pay.”

“If you stay two nights, you get 15% off, three nights 20% off, four nights 25% off,” she said. “We are running a room special in case anybody wants to stay during the week.”