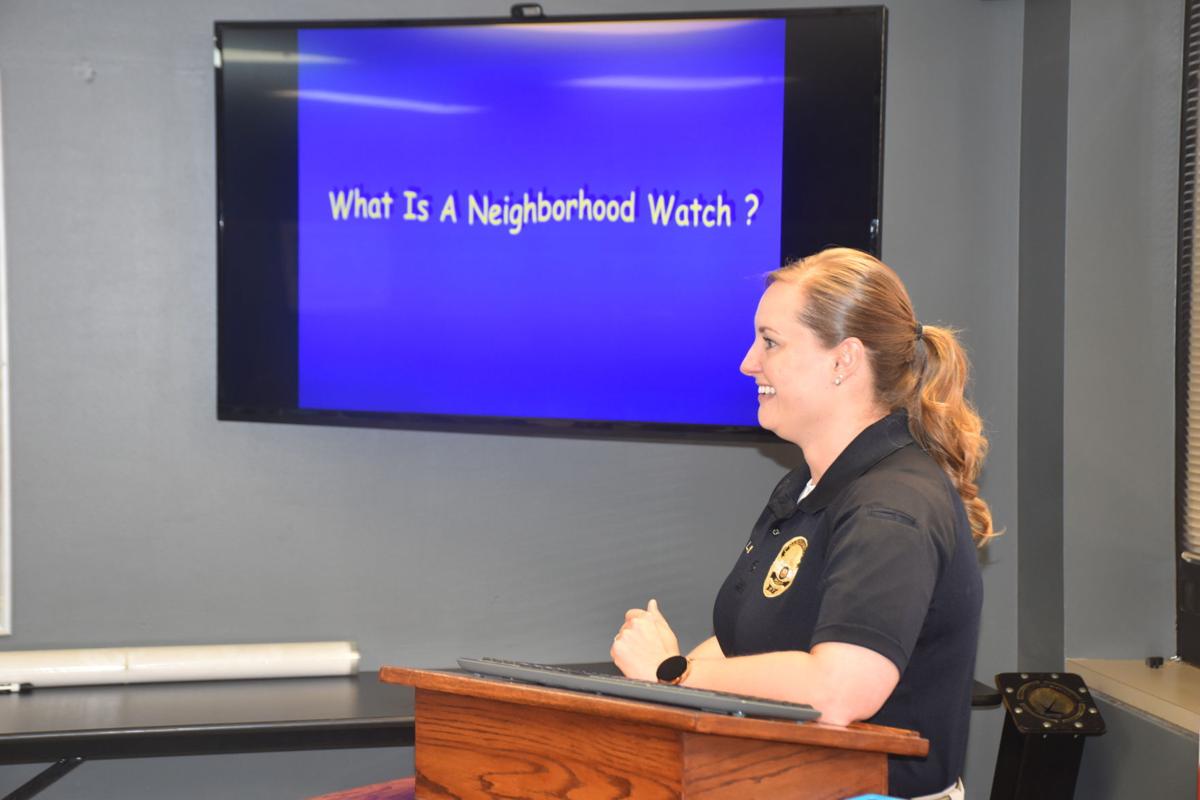 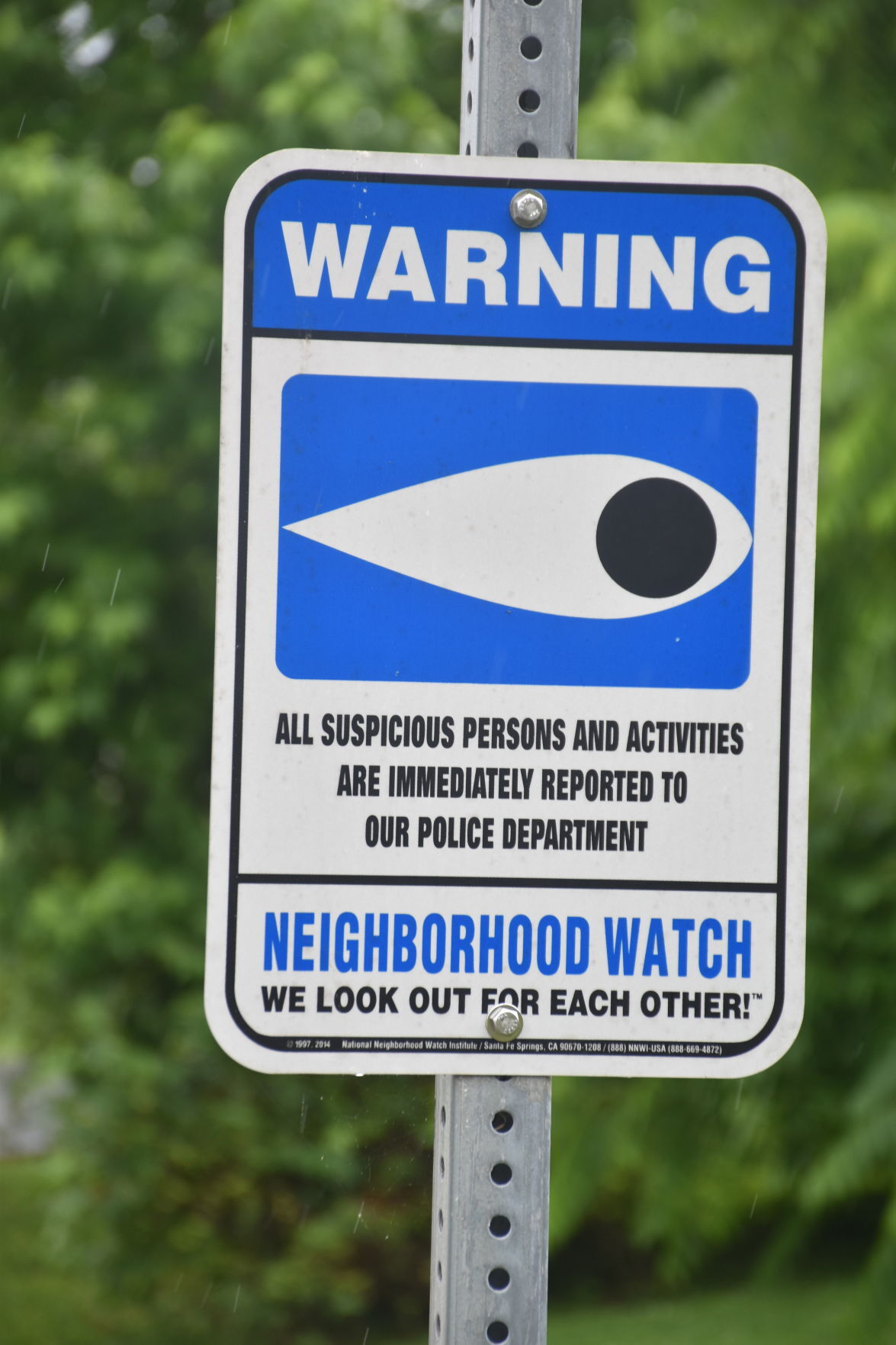 A neighborhood watch sign in the Meadowlark Lane neighborhood is just one of many that are set up across the community.

A neighborhood watch sign in the Meadowlark Lane neighborhood is just one of many that are set up across the community.

EDITOR’S NOTE: This is the second of a three-part series regarding the local Crimestoppers’ efforts and the organization’s relationship with local law enforcement.

The four active Neighborhood Watch groups in Madisonville have been hard at work serving as the eyes and ears in their own communities as part of a partnership with the Madisonville Police Department.

Stroud said another group is in the stages of forming in the Hanson Street area.

Stroud serves as the liaison for the MPD and works with the neighborhood watch groups by providing information they may need to get started, the role of the watch group and the partnership with the police department and even speaks on subjects such as home safety at watch meetings.

“We work with them to make sure they understand what we are there for and what they are there for,” she said. “They are our eyes and ears out on the street because we can’t be everywhere. The more eyes and ears we have, the more likely we are to be able to solve crimes because they know what is suspicious in their neighborhoods where we may not because we are not there every day.”

Stroud also discusses what the members of a neighborhood watch can and cannot do as far as dealing with suspicious people.

Stroud said crimes such as burglaries, thefts and vandalisms are the main focus with the neighborhood watch.

“I usually do presentations about once a year to keep your home safe such as house lighting, a path that people take to your residence and Ring doorbell cameras and things like that,” she said.

With summer approaching, Stroud is also warning about vehicle break-ins.

“Vehicle break-ins happen more in the summer,” she said. “They leave purses in the front seat, they leave firearms where they can be seen and people will take advantage of that situation. We remind people to keep their vehicles locked and keep valuables in their home.”

Stroud also wants the groups to remember this is a partnership and that the groups are operated by the actual neighborhoods.

“It is a partnership, we don’t run Neighborhood Watch,” she said. “It is run by the neighborhood, and it is up to them to do what needs to be done as far as the neighborhood. We are in partnership with them to give them any support and information that they may need.”

Jennifer Bruce has been involved in the Neighborhood Watch for the Madisonville Country Club for around four years.

Bruce said the neighborhood utilizes a Facebook page to keep in contact when not at meetings, which typically happen in spring or early summer, but COVID shook up the group’s in-person meeting schedule.

“We just kind of keep each other up to date on what is going on with the neighborhood. If we see anything suspicious, we let each other know,” she said.

Bruce said she has four children and wanting to keep a safe neighborhood for them was her drive to join the watch group.

She said the neighborhood has had an increase in children over the last four years.

“We have to watch and be sure that they are safe,” said Bruce. “They like to play outside, and it is a very family-friendly neighborhood, and I want to help keep the neighborhood safe. I think it has been helpful to make sure that everyone keeps eyes on everyone and that we maintain a safe neighborhood for our kids and the families in our neighborhood.”

Bruce said she feels the formation of the group has been effective in the neighborhoods.

Lawrence Swingler helped establish the Neighborhood Watch for Meadowlark Lane and Scanfield Street around seven years ago and has served as the watch captain since then.

“When it first came across my mind to do it was when there were certain crimes around the area,” said Swingler. “There were a lot of Amber Alerts of children, and I had two younger boys at the time … our neighborhood is a nice neighborhood and I want to keep it safe.”

Swingler said the group was slow to begin with but now has gained more members and activity in the group.

“I spoke with him and he referred me to the right people,” he said. “I had security lights put up in the area, neighborhood watch signs put up and had some things fixed and got code enforcement involved in keeping the neighborhood clean.”

Swingler said he also worked to have an increase of patrol by police in the area.

The group communicates through email mostly, with Swingler sending out updates and adding people to a contact list that want to be part of the group.

“We were meeting every Thursday of each month,” he said. “Just before the pandemic started, we started holding back a little bit, now we are every four months.”

Tim Thomas, president of the Hopkins County Crime Stoppers Board, talked about the success and importance of Neighborhood Watch as it pertains to keeping communities safe.

“The Neighborhood Watch program is a vital block in the Crime Stoppers program because if you have a neighborhood watch then you are being successful in Crime Stoppers,” said Thomas. “I have to commend Lt. Stroud for the excellent work she is doing with our Neighborhood Watch because it takes a very committed officer to really make sure people understand the program and make people comfortable in taking part in the program.”

Thomas said a goal for 2021 is to have 15 Neighborhood Watch groups in the county by the end of the year.