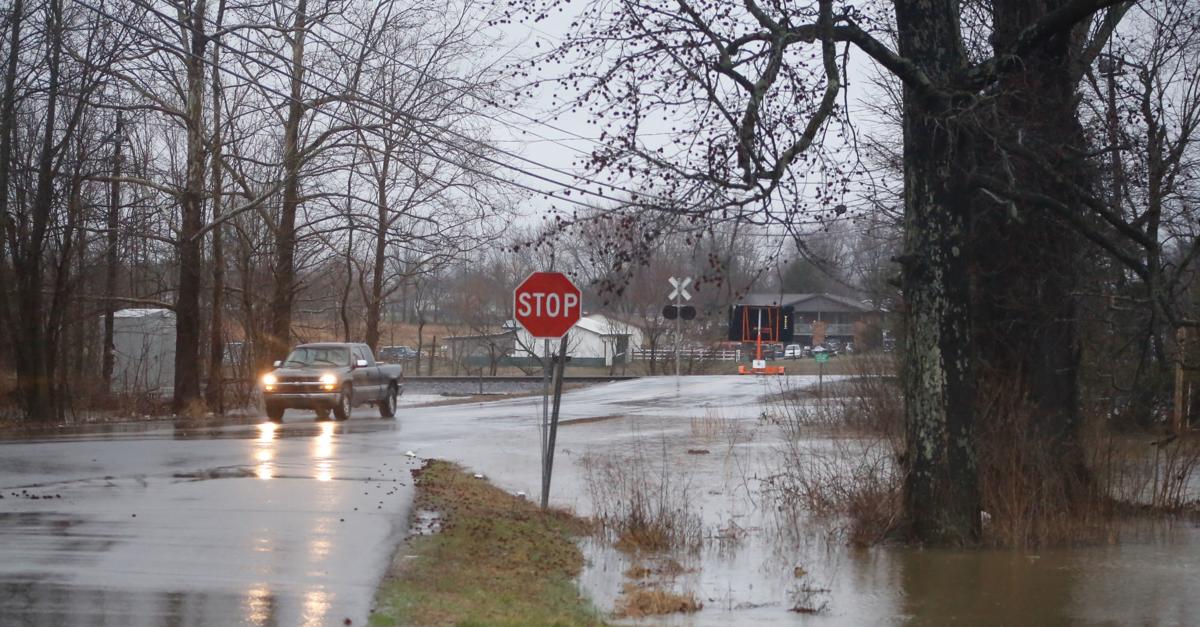 A truck drove through rising water while rain continued to come down Wednesday evening near the train train tracks on Kentucky 70. 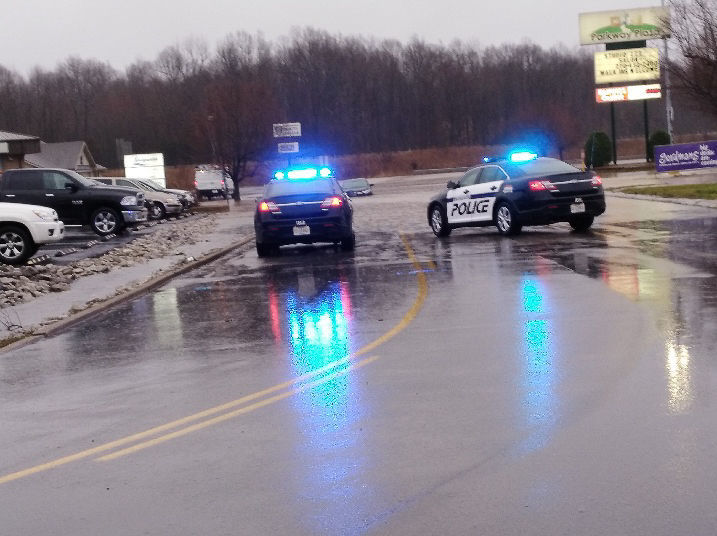 A truck drove through rising water while rain continued to come down Wednesday evening near the train train tracks on Kentucky 70.

Snuggling up to your loved one for Valentine’s Day may be more of a necessity than normal today as temperatures are expected to dip into the teens tonight, according to a National Weather Service meteorologist.

Today’s temperatures are expected to be some of the coldest for this date in nearly 80 years, says Sean Polous with the NWS out of Paducah.

While the weather may be cold, it should at least be dry. And that’s good news for the area that is still feeling the impact of rain from Tuesday and Wednesday.

Widespread flooding from Wednesday caused the Hopkins County School District to call off Thursday classes and all after-school activities. Students were to complete assignments for SKILLS Day seven. As of press deadline Thursday night, no decision had been made regarding today’s school schedule.

One vehicle was at Madison Square Drive, near the mall. The other was near the double tunnels on North Kentucky Avenue, near Baptist Health.

There were a total of 14 traffic accidents throughout Madisonville, Dawson Springs and the county Wednesday, whether or not they were weather-related is subjective to each accident, said Hopkins County Sheriff’s Office spokesman Major Charles Young.

“With rain, it can be a visibility issue, it could be a hydroplaning issue, so it’s a little bit different than if it had snowed,” he said. “Because of visibility, sometimes people pull out or lane change when they didn’t realize there was another vehicle there because of the rain conditions.”

With the already-saturated ground conditions from previous rain, the county’s Emergency Management Director Nick Bailey said a lot of the county’s rivers and streams were at capacity.

“And we received another 1.72 inches here at our office,” he said. “You get all of that, coupled with these saturated ground conditions leads to water ponding at areas where it typically doesn’t pond. And that (water) backs up ditches and stuff causing road closures.”

The Kentucky Transportation Cabinet reported nine roads were closed Thursday morning, however, because of Thursday’s dry conditions, all but KY 502 had reopened by 2 p.m.

“After a brief cold snap Valentine’s Day into Friday night, it’ll warm back up and be close to 50 by Saturday and into the 50s on Sunday,” he said. “So, the weekend looks pretty good.”

Though the weekend weather looks promising, Poulos said a system could impact the region by the first of the week. The weather service is forecasting another half an inch to an inch of rain through Tuesday. Those predictions are subject to change, he said.