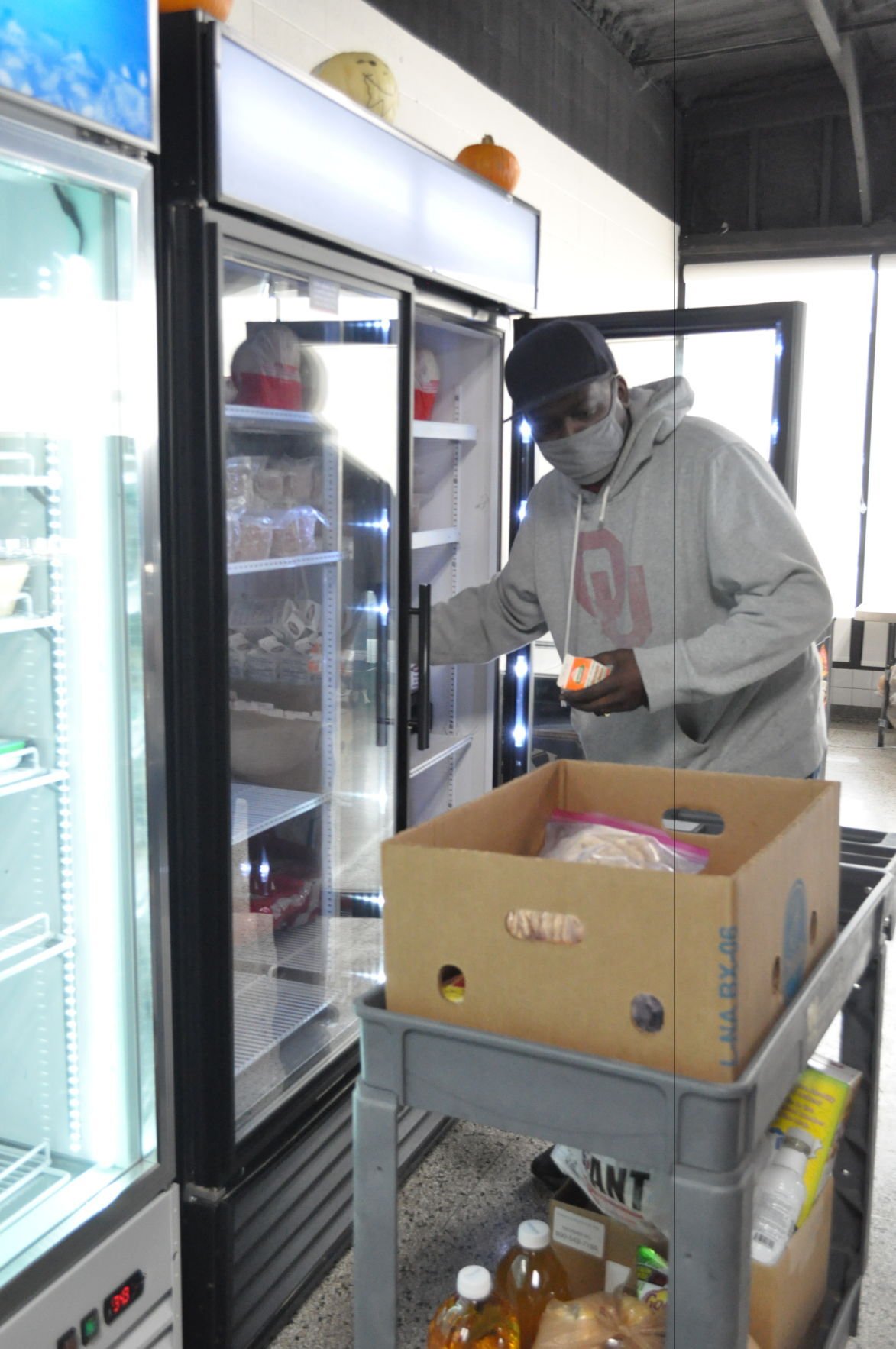 Jarod Thompson, an employee at the Christian Food Bank of Hopkins County, goes around the food bank aisles putting together a cart of food to load into someone’s car. 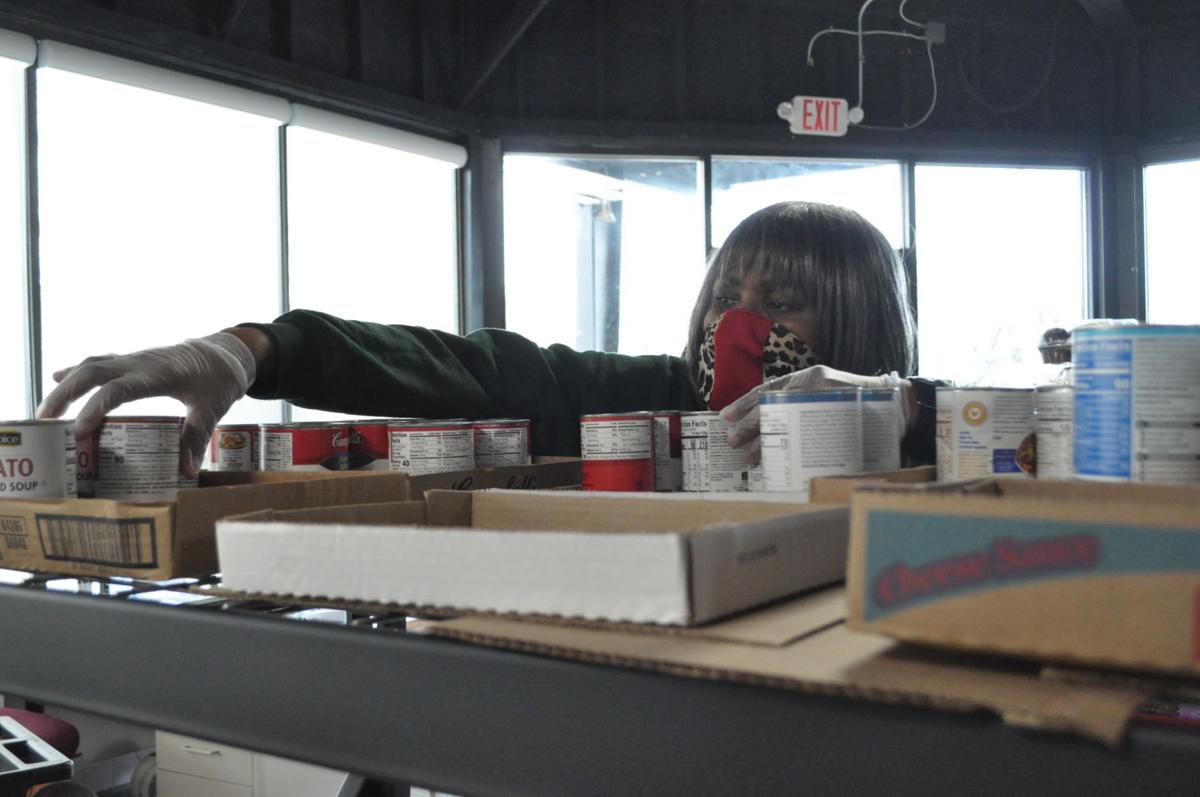 Joyce Johnican, a volunteer at the food bank, organizes canned goods on the shelves to keep everything within reach.

Jarod Thompson, an employee at the Christian Food Bank of Hopkins County, goes around the food bank aisles putting together a cart of food to load into someone’s car.

Joyce Johnican, a volunteer at the food bank, organizes canned goods on the shelves to keep everything within reach.

More than 6,000 pounds of food can go a long way toward helping those in need, says Marci Cox, director of the Christian Food Bank of Hopkins County.

November’s Groceries for Good campaign brought in around 6,021 pounds of food for the food bank, and donations are still coming in, said Cox.

The Groceries for Good and other canned food drives in the community has been a blessing to the food bank and the families they serve, she said.

“What that did is, it got us over that hurdle,” said Cox. “This helps us secure food for January and February.”

The food bank normally serves on average of 60 people, three days per week.

Cox said she got a donation from the school system after they did a canned food drive recently that produced 2,600 pounds of canned food donations to the food bank.

She said it is hard to compare past Groceries for Good to this year because this year was so different due to the coronavirus, but she said she was pleased with how much was donated.

Because the 2020 Groceries for Good was different, law enforcement agencies were not able to stand outside to promote the campaign so they made videos instead. Cox said that was one of the coolest things she saw.

“Even though we are past Groceries for Good, those may show up on occasion because they took a lot of effort on their part,” she said.

The food bank serves lunch from 11 a.m. to 1 p.m. on Mondays, Wednesdays and Fridays. Cox said it is a box lunch and is on a first come, first serve basis.

Due to COVID-19, they are not allowing anyone in the building except for employees and volunteers. Instead, people are asked to wait outside for an employee to check them in.

Cox said they are always asking for donations of canned goods, pasta, peanut butter and other nonperishable items.

“There is never a time when we and other agencies don’t need those food items, so the more we can spread it out, the better so we never have a gap,” she said.

The food bank is only able to help out once per month with grocery shopping. Cox said she keeps a running list of other agencies that can help when the food bank cannot.

“We just want to make sure that people have enough,” she said.

The Christian Food Bank is open from 9 a.m. to 3 p.m. on Monday, Wednesday and Friday. They are closed on Tuesday and Thursday. They are located at 241 West Center Street in Madisonville. For more information, call the food bank at 270-825-8296.