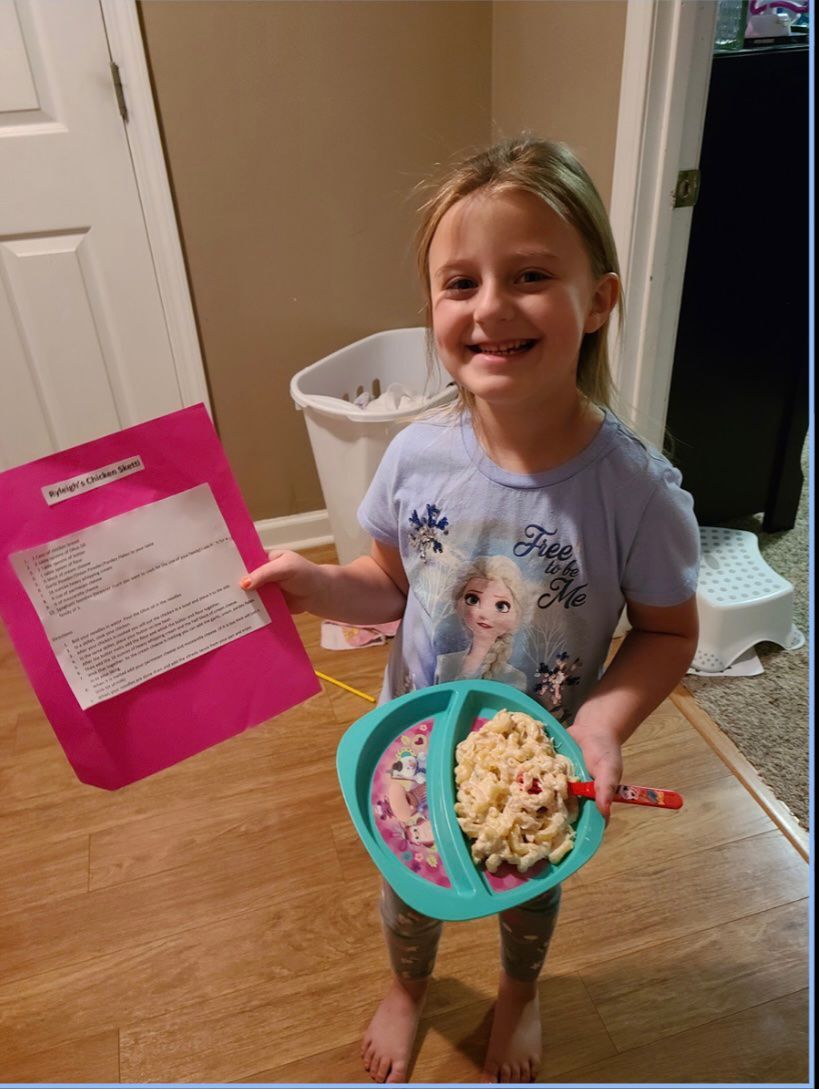 Ryleigh Brashear, a kindergartner at West Hopkins School, proudly displays her “Chicken Sketti” recipe that was put in the cookbook. 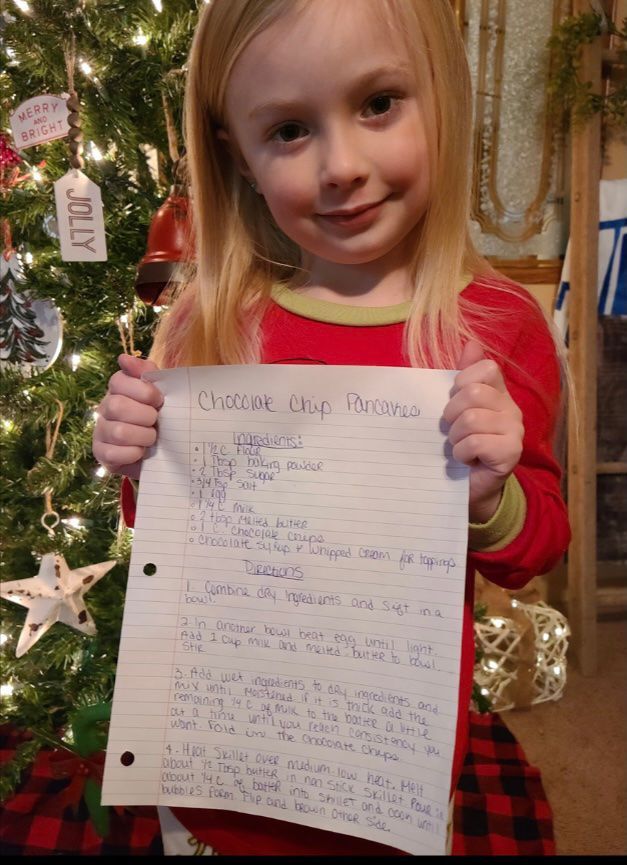 Henley Anglin, a kindergartner at West Hopkins School, shows off her Chocolate Chip Pancakes recipe she added to the cookbook as a Christmas present to her parents.

Ryleigh Brashear, a kindergartner at West Hopkins School, proudly displays her “Chicken Sketti” recipe that was put in the cookbook.

Henley Anglin, a kindergartner at West Hopkins School, shows off her Chocolate Chip Pancakes recipe she added to the cookbook as a Christmas present to her parents.

A homemade cookbook — where the recipes include bologna pizza, chocolate gravy and spam burritos — can only be found in work created by kindergartners from a local school.

Billy Ward, a kindergarten teacher at West Hopkins School, decided to bring back a lesson he used when he first started teaching in 1987 — a cookbook created by the students.

“It is a great piece of memorabilia or memory for the parents to have,” said Ward, who first did the project years ago with his daughter’s class.

Ward still has that cookbook. Some of the recipes are good, he said, and the kids wrote out a few of them, which he thought was cute.

He asked the parents to send him the recipe of their child’s favorite food to eat at home. Though Ward admits, he is not sure if some of the recipes are real or made up for the child.

“We have one who hand wrote hers out, hand copied from her mother’s and I think it is chocolate chip pancakes,” he said.

The project was designed to get his students to think about the writing process because it shows a step-by-step way to do something, he said. He chose the project because it is also a good home project for parents and kids to do together.

“I got lots of positive feedback from it, and I think it gives parents another glimpse into how their child looks at things,” said Ward.

The parents sent the recipe back to him through email, a text message or through Google Classroom, while Ward his kindergarten teacher partner, Mary McBride, put the book together.

Once the books were put together, they either mailed them to the child or if they were coming in for small groups, the child just put the books in their backpacks.

Ward said they put covers on the cookbooks in the hopes that it will hold up better through the years.