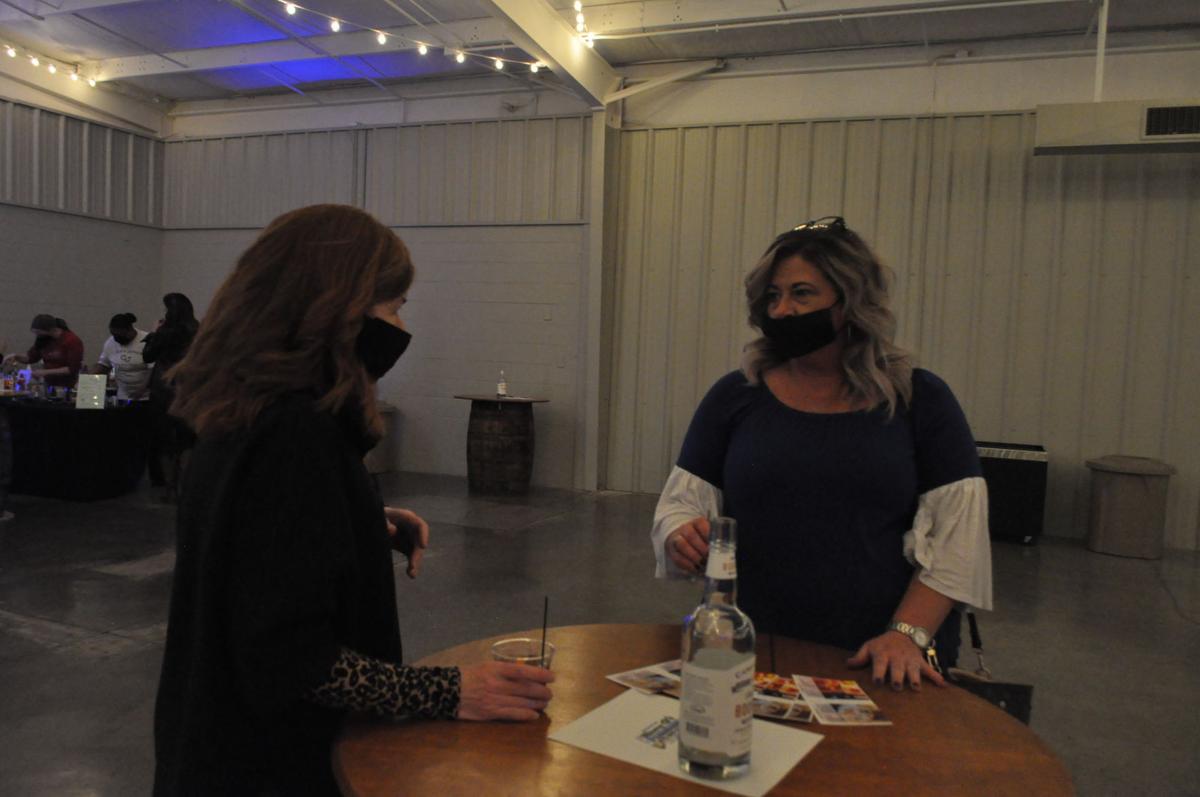 Sherri Buchanan, left, and Tiffany Casey talk while waiting for the Chamber event to start. 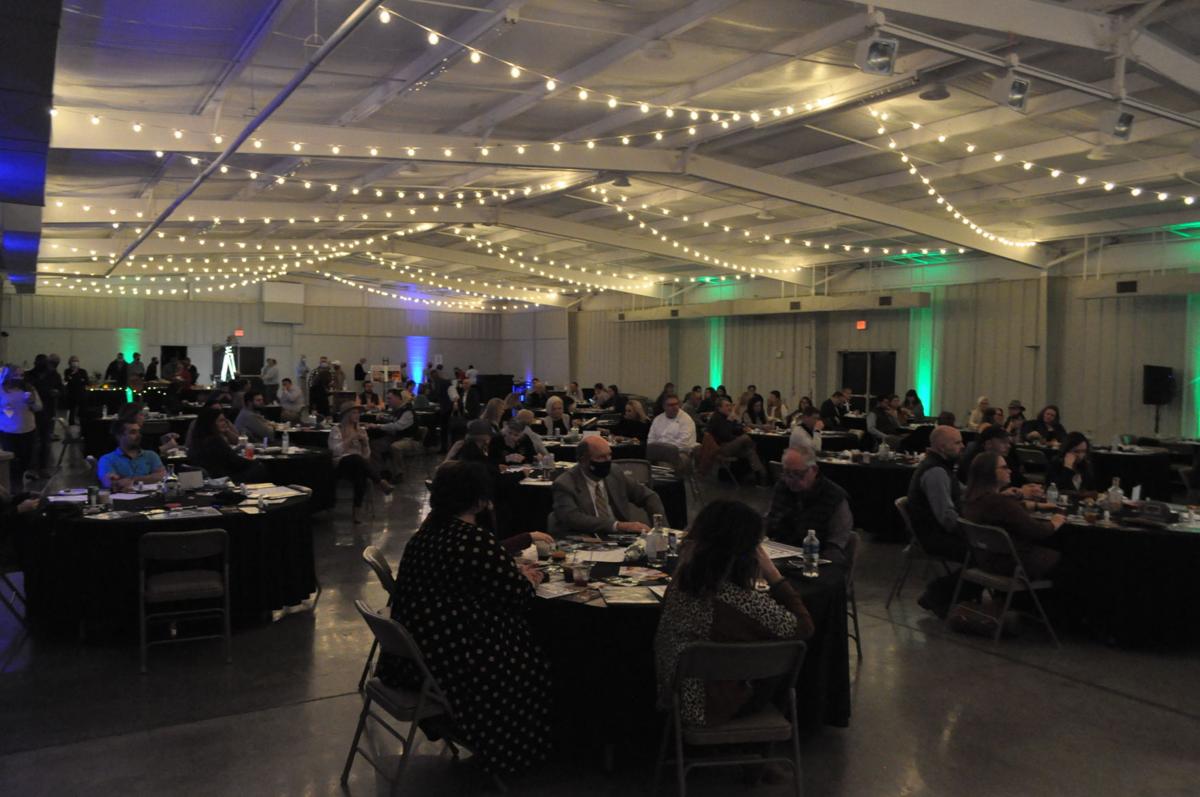 The Ballard Convention Center was packed on Feb. 23 for the Tapping New Opportunities event held by the Hopkins County Regional Chamber of Commerce. 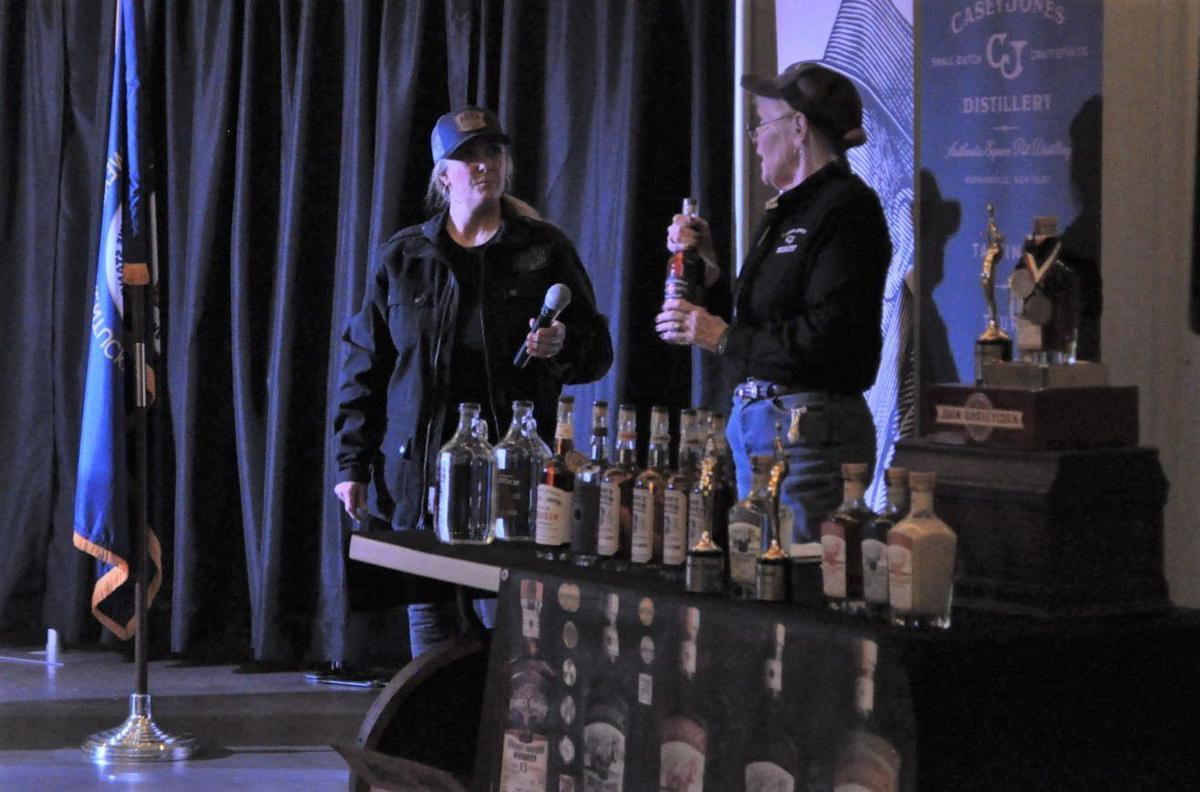 Kim Bard, left, and Peg Hayes give a presentation on bourbon and the distilling process at the Hopkins County Regional Chamber of Commerce event Feb. 23 at the fairgrounds.

Sherri Buchanan, left, and Tiffany Casey talk while waiting for the Chamber event to start.

The Ballard Convention Center was packed on Feb. 23 for the Tapping New Opportunities event held by the Hopkins County Regional Chamber of Commerce.

Kim Bard, left, and Peg Hayes give a presentation on bourbon and the distilling process at the Hopkins County Regional Chamber of Commerce event Feb. 23 at the fairgrounds.

In a packed room at the Ballard Convention Center on Tuesday, Feb. 23, locals listened to how a bourbon distillery could play into the economic growth of Hopkins County.

Garrigan Building and Construction sponsored the event for the Hopkins County Regional Chamber of Commerce because they are interested in seeing business and the population prosper locally, said owner David Garrigan.

“We are trying to provide something new and different for people in the county, and we want to tag on and help other businesses do the same thing,” he said.

Hopkins County has some great locations, the right infrastructure and access to the interstate that combine to make it an ideal location for a distillery, said Garrigan.

The Casey Jones Distillery started in 2014 after Hayes and her husband, A.J., decided to carry on a family tradition. Casey Jones, A.J.’s grandfather, was the premiere illegal still production builder of Land Between the Rivers, now Land Between the Lakes, from the 1920s to the 1950s.

The only legal still Casey Jones made was in 1967 for the visitor’s center when Land Between the Lakes was created. Hayes said in 2007 — when the U.S. Forest Service took over management — they redid the visitor center and got rid of the still.

She said her husband asked about getting the still back for the family, but didn’t hear anything for over a year.

Eventually, they were able to pick up the last still Casey Jones made and it now sits in their distillery, though not in use.

Hayes said their distillery came about because they owned a still and A.J. figured they may as well use it. Hayes said she did not want to end up in jail for making illegal moonshine so they did their research.

“We decided we would get all the state, local and federal permits,” she said. “It took about two years to learn how to do everything.”

Kim Bard said she and her husband, Tom, researched distilling for about 15 years before officially opening The Bard Distillery in 2019.

“We went to all the meetings and conventions we could go to to learn about the industry,” she said.

Their love of distilling started after a visit to the Makers Mark Distillery in Loretto. They realized it was something they both had an interest in. In 2015, Bard and her husband bought the old Graham School and started working on the construction to make it into a distillery.

“Right now, we are distilling on the stage of the old gymnasium,” said Bard.

Both Bard and Hayes said a big part of their industry is in tourism and the more distilleries there are in the area, the more tourists will come to the town.

“We think it is a great opportunity to bring other distilleries to the area,” said Bard.

Even opening right before a pandemic, she said The Bard Distillery managed to get 10,000 visitors through their doors in 2020.

Hayes said having a distillery in the area increases economic development and can spur new business growth.

Mike Deal, the fermentation science coordinator at Madisonville Community College, said he is expecting distilleries to start making their way to western Kentucky and he wants to gather as much information as possible to help the college.

“The fermentation and distillation industry is on the move to the western part of the state and they need an educated workforce, and we want to be able to help give them a workforce that comes ready to work as soon as they hit the brewery floor,” he said.