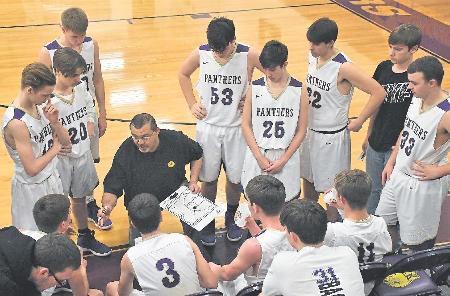 Dawson Springs head coach Chad Burgett used a 30-second timeout to regroup his young team in recent action. Burgett, in his second stint with the Panthers, has his team focused on building long-term success. 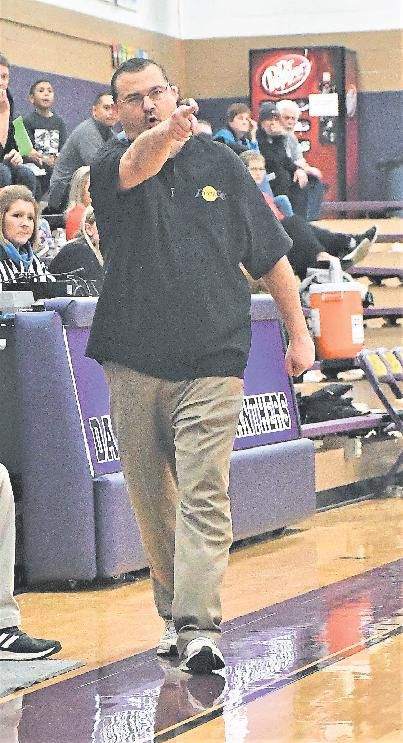 Coach Chad Burgett brings emotion and a proven track record of success to the sidelines for the Dawson Springs Panthers.

Dawson Springs head coach Chad Burgett used a 30-second timeout to regroup his young team in recent action. Burgett, in his second stint with the Panthers, has his team focused on building long-term success.

Coach Chad Burgett brings emotion and a proven track record of success to the sidelines for the Dawson Springs Panthers.

If you listen close enough during a timeout of a Dawson Springs boys basketball game, you just might learn a thing or two.

Undoubtedly, basketball will be the topic of conversation in those sometimes-fiery exchanges between coach and player, but the bigger message being delivered could serve you for years to come.

Panther head coach Chad Burgett, who is in his second stint with the school, believes he has a greater purpose than just teaching the nuances of a motion offense or a full-court trapping defense.

“When I started coaching 20-plus years ago, I felt more like a big brother to my players,” Burgett said. “Now, I’m like a dad or even a grandpa. I know how I treat these kids, the words I say to them, can help build them into leaders. That’s my goal. It’s bigger than Xs and Os.”

A 15-year hiatus from the game can give an old coach perspective.

For Burgett, that time away has renewed his lifelong love affair, not only with the game, but with his players as well.

“If I hadn’t stepped away, I would have crashed and burned,” he explains. “No way would I’d still be coaching. I lived and died with every game. Agonized over the ‘what ifs.’ ”

Don’t mistake Burgett’s perspective for lack of passion. Watch one game and you will be struck by his desire to compete.

You can feel him pushing his team, undersized and full of underclassmen, to believe in themselves like he believes in them.

“It’s in my blood, for sure,” he added. “I grew up sitting on the end of the bench as my uncle (Lonnie Burgett) coached South Hopkins. So it was like a dream when I got to coach my own team.”

Starting out as an assistant for Terry Hayes at Dawson Springs during the 1995-96 season, Burgett quickly got his chance to control the sidelines the very next year as he replaced Hayes, who had accepted another coaching position.

It didn’t take long for Burgett to taste success.

In his inaugural season, he directed the Panthers to a district title and followed the next season with an impressive 21-6 record.

From there, Burgett moved a few miles down the road to head up the Hopkins County Central program, where he guided the Storm to a Second Region championship and a birth in the Sweet 16.

“It was a dream run,” Burgett said of his 27-6 squad. “So many great memories and great relationships.”

The following season Central lost all five starters, but managed to put together a 22-9 campaign and regional runner-up finish.

“That 2000-01 team was probably my best memory,” he said. “To have five new starters and make it all the way to the regional finals was an accomplishment I won’t ever forget. Our kids worked their tails offthat season.”

Just when it seemed Burgett’s coaching flame was burning the brightest, he chose to extinguish the flame.

Citing a desire to spend more time with his young family, Burgett instead became a school administrator.

Now in his second year back where it all started, Burgett says he couldn’t be happier.

“We are 8-12 but we go out and compete every single night,” he said. “These kids are coachable. I have always said the only two things you can control is what kind of shape you are in and the effort you give. I believe we are in the process of building the right mindset for success here at Dawson Springs.

“I love what I do,” he added. “It doesn’t feel like work. I’ve told the kids all along, if you put in the time, you will see a payoff. I firmly believe that payoff is coming.”

Dawson hosts Hopkins Central tonight in a boys/girls doubleheader with girls action set to tip off at 6 p.m.

“It’s always a little tough to coach against Central,” he said. “I really can’t explain the emotions.”

Burgett will not only be facing his former team but also a former assistant in Lee James, who now heads up the Storm.

“Can’t say enough good things about the job Coach James has done,” Burgett noted. “Very proud of him and what he’s building.”

For Burgett, the relationships matter.

“Basketball is a special fraternity,” he said. “Players like Shawn ‘Big Dog’ Helms, J.T. Riddle, Shaun Roberts, Albert Jackson and so many more, have made this journey so worth it. To see these kids go on and have successes of their own, makes me proud beyond words.”

Beyond his pride for his former players and assistants, you will also find Coach Burgett’s fingerprints ... and if you are within earshot of a Dawson Springs huddle sometime soon, you just might get a 30-second message that gives you some perspective on life as well as basketball.